Cramorant is a ranged special attacker in Pokemon Unite, and comes with incredible burst potential. It’s a Pokemon that isn’t seen too much, particularly in solo queue where players prefer to choose more agile, speedy Pokemon, but if used correctly can rip through enemy teams.

It’s not the easiest Pokemon to play, however, and rightfully comes with the ‘expert’ difficulty tag. You’ll need to master positioning and timing in order to pull off most of its moves, and you can quickly be left exposed should you miss your targets given a lack of proper mobility. 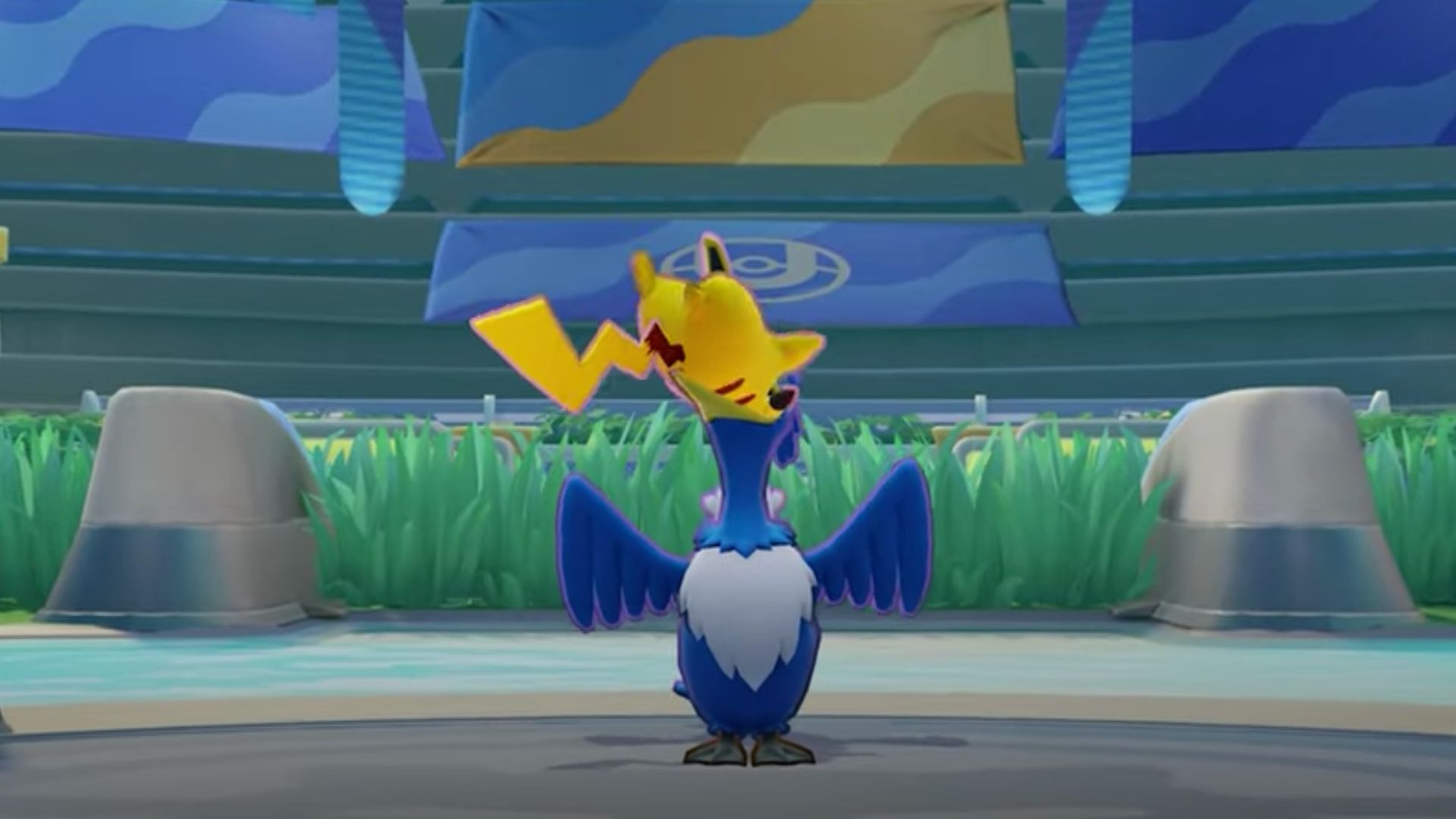 Cramorant is a great choice when you are paired with a Pokemon that can keep the enemy at bay, allowing you to poke and do your thing without the panic of having to retreat all the time. Snorlax and Crustle come to mind, as does Mr. Mime, as they all have tools for disrupting your rivals.

Ultimately, if you feel you’ll have license to play a slower game, picking your targets and unleashing your mighty burst damage when it’s ready, then Cramorant is a solid choice. Be mindful that it is susceptible to ganks and more agile Attackers, and those with gap closers in particular are a scourge to Cramorant. 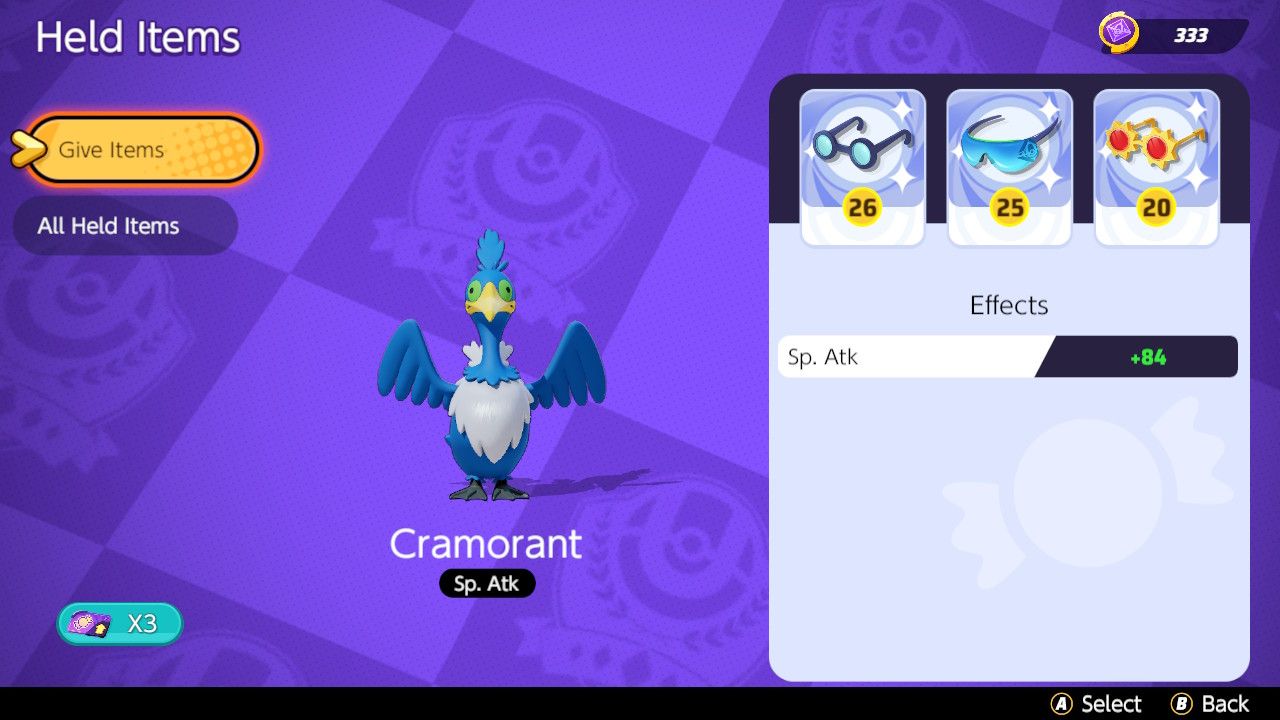 This build assumes you’ll have the protection to be able to go all-in on the enemy, whether that’s through healing or shielding. It maximises Cramorant’s burst potential to do as much damage as possible, even going as far as to one-shot fragile enemy carries.

You’ll want to set up the combo with Dive, as it’s a highly effective gap closer, and then follow up with Air Slash. It’s best waiting until you’re at point-blank range for this, as the more it hits, the more cooldown will be refunded. It’s very much an in-out-in-out style, and you can follow up with Gatling Gulp Missile to finish off low-health foes.

Item-wise, you’ll want to load up with the items that boost your Sp. Attack. It’s an all-in build — if you’re going to fall, you’re going to fall, so there’s no point worrying about survivability. Choice Specs, Sp. Atk. Specs, and Wise Glasses will add so much damage it’s scary. You could opt for a Focus Band or Shell Bell, but nah, we want to destroy things. Pick up the Eject Button for a little mobility. 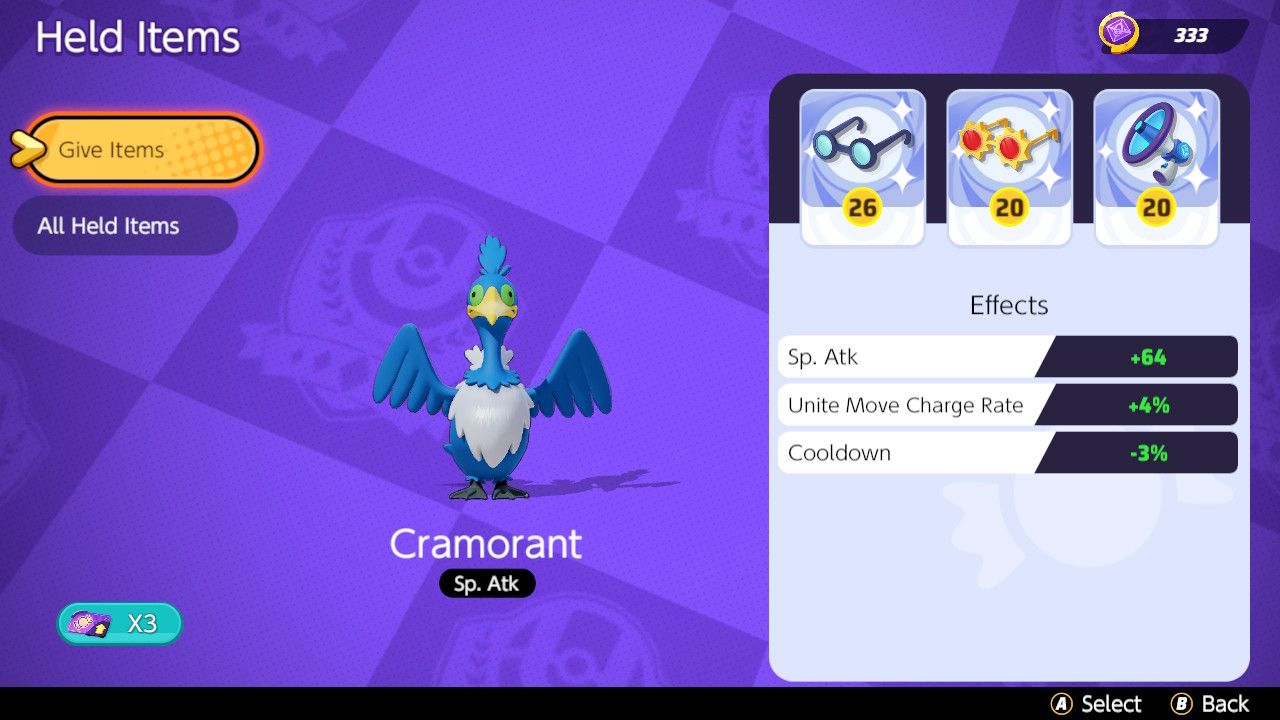 If you want to play a little more safely, Cramorant has a couple of moves that will really frustrate your lane counterparts. This is great if you find yourself alongside another Attacker or an All-Rounder, and can’t get the most out of your all-in build.

Surf will slow your enemies considerably, allowing you to drop a Hurricane for the knock-up. With any luck they’ll be disoriented and disrupted enough for your teammate to follow up and finish them off. It relies on you both being on the same page, and as such is a bit of a risk.

You can keep the Choice Specs and Wise Glasses for this build, meaning you have flexibility when you lock in before the match. Focus Band will help with survivability, while Energy Amplifier and Buddy Barrier are better all-round options that reduce your damage potential but aid the bigger picture. Again, Eject Button is a solid choice of Battle Item. 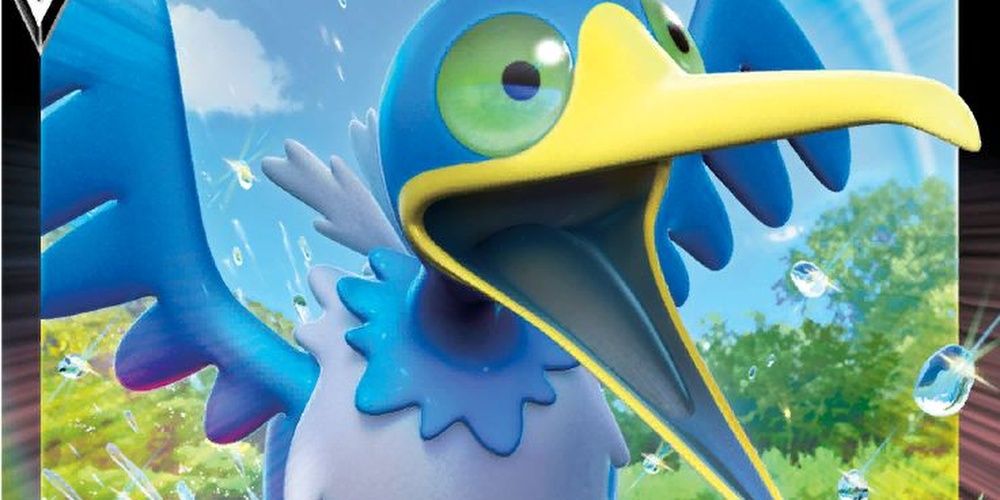