Home » News » Pokemon Scarlet And Violet: Possible Typings For The New Starters’ Evolutions And The Influences That Inspire Them

Pokemon Scarlet And Violet: Possible Typings For The New Starters’ Evolutions And The Influences That Inspire Them

With the reveal of Pokemon Scarlet And Violet, speculation revolving around the new game has flooded the internet. Theories regarding the gym leaders, the plot, even the legendary Pokemon have cropped up everywhere. However, the most popular theories that have sprouted up have been directed towards the new starters. Specifically their final evolutions. 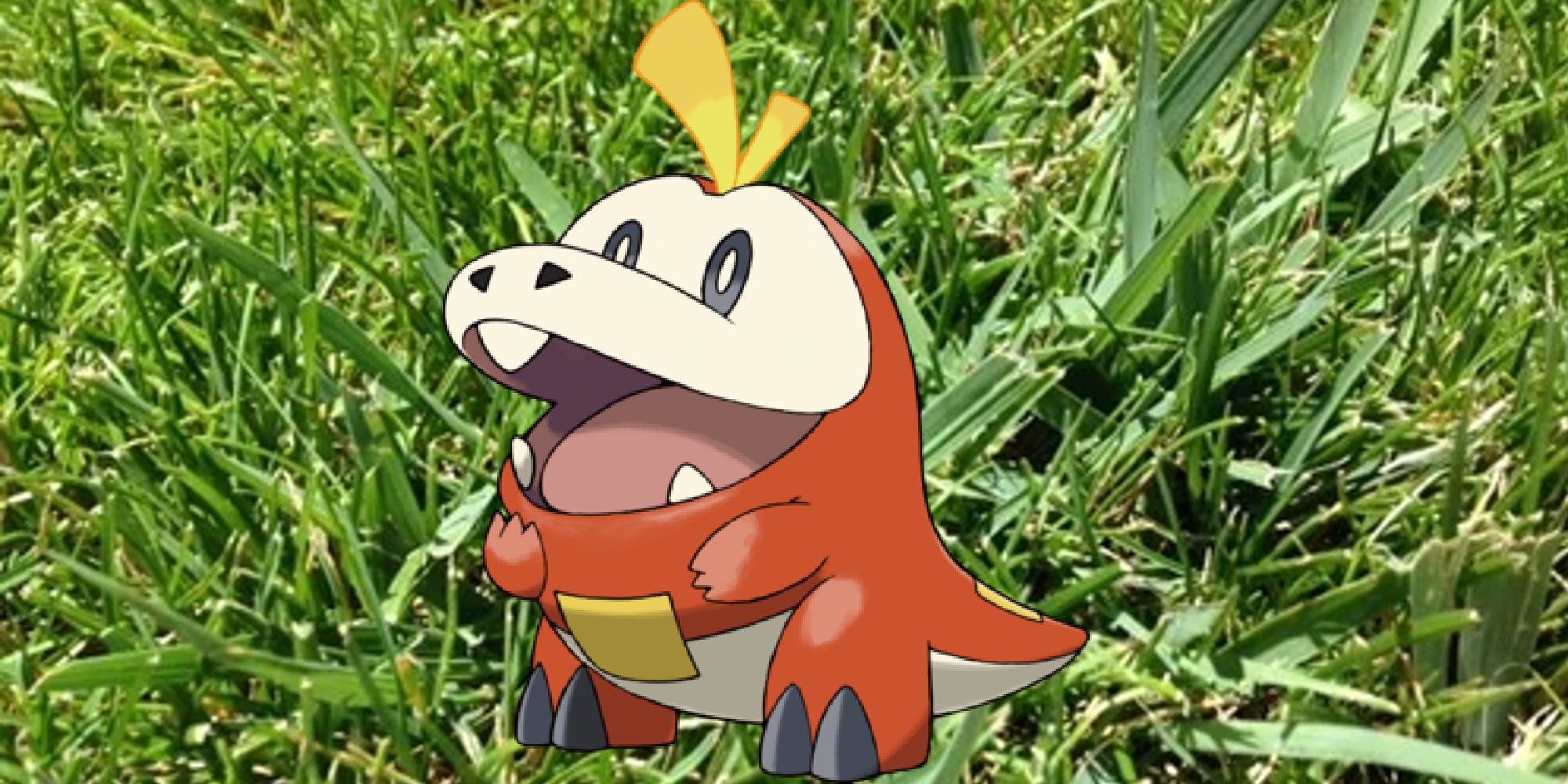 Starting with the fire-type starter, Fuecoco, there's been quite a bit of speculation over what typing the crocodilian will end up with at its final stage. At first glance, Fuecoco is a bipedal crocodile, odd in reality but relatively tame in the Pokemon universe. With that said, under a more critical eye, Fuecoco resembles something else. A pepper.

In Spain, the region Gen 9 appears to heavily revolve around, there is a common, red pepper that is found there known as the piquillo pepper. While this may seem like a baseless comparison, the interesting thing about these bright red pepper is that they are commonly prepared via fire-roasting. Again, this may be a stretch, but, considering Fuecoco's design, it's highly likely that its final form will have some visual relation to this spicy flora, giving it a decent reason to become the first fire-grass type. 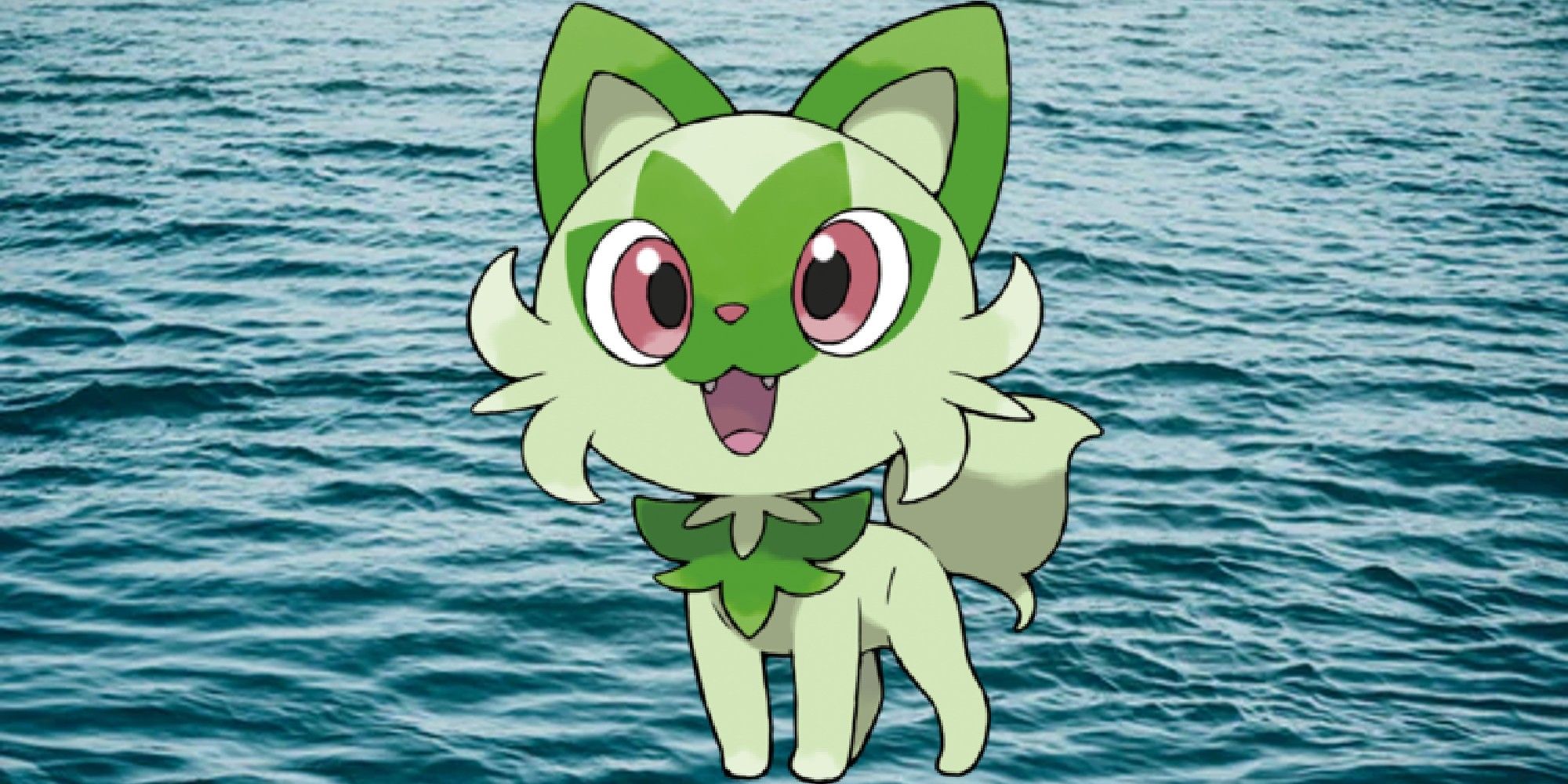 Moving to the grass starter, it's clear that Sprigatito's design references both wild cats and vegetation. Even its name indicator of this as it's a combination of the word "sprig", a flower's stem, and "gatito", the Spanish word for kitten. With all this said, there don't appear to be any hints of what this adorable kitten will evolve into given its name or base design. Or is there?

The feline that Spigatito most closely resembles is that of the Iberian Lynx, a species of Lynx typically found in the Iberian Peninsula. If GameFreak truly is taking inspiration from this animal, it is more than likely that Sprigatito's final evolution will reflect the Iberian Lynx's habits. One such habit is that this lynx is a proficient swimmer, known for hunting waterfowl and rodents in the water. If this is the direction that developers are going, then we may be seeing a semiaquatic feline in the near future. 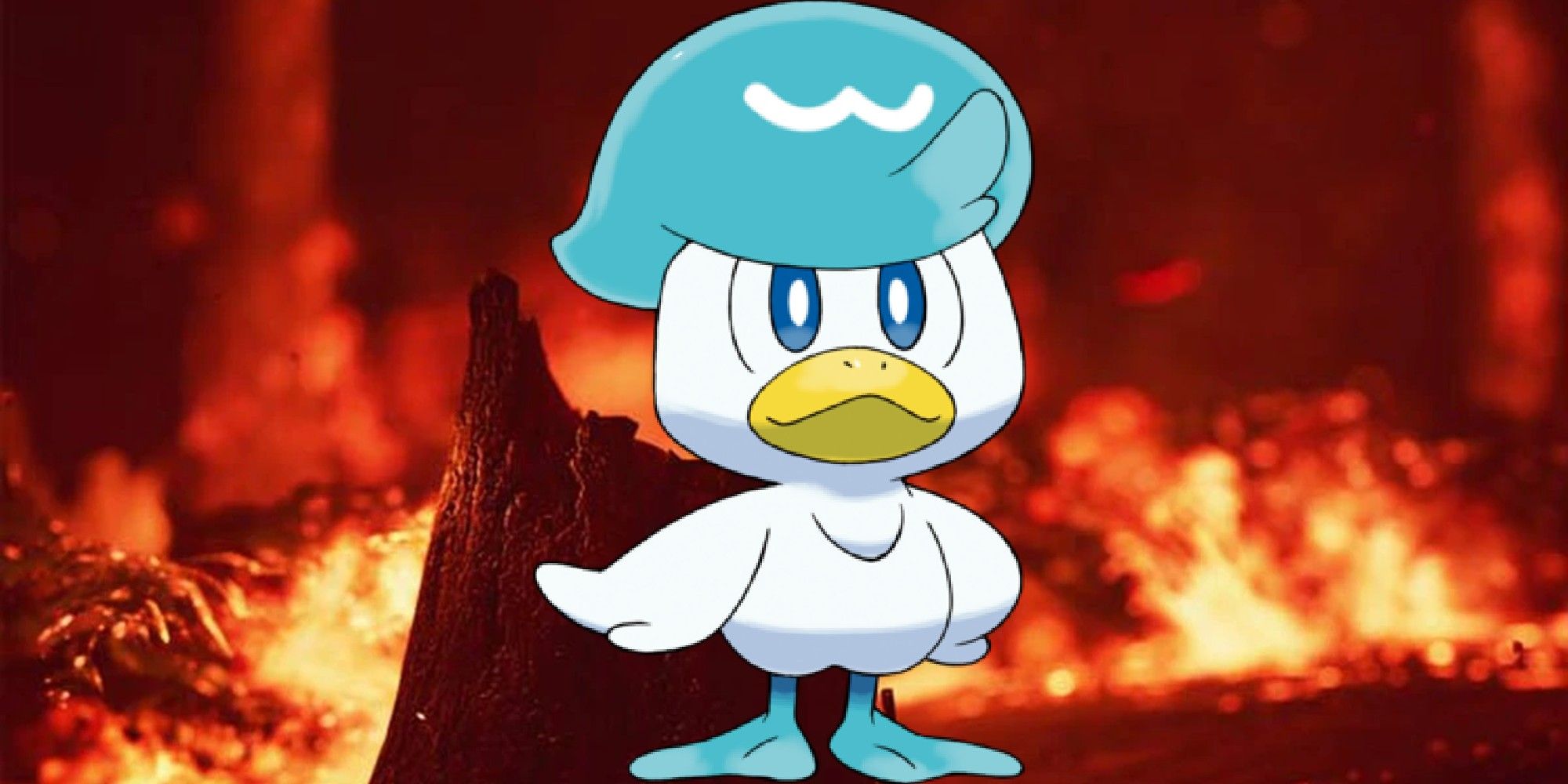 Looking at Quaxly, you'd immediately think it was a water-flying type which is why people were surprised to find that it had a pure water typing like its predecessors. This got people thinking that maybe this odd little duck wasn't all that it appeared to be. Wild theories of possible type combinations have since sprouted up, each one attempting to create a combination other than water and flying. However, one of the most compelling theories comes from Quaxly's apparent connection to the navy.

The large crest of what we can only assume to be feathers greatly resembles the design of a navy-style hat. With both Spain and Portugal being known for their naval capabilities, it can be inferred that the navy will have some heavy impact on Quaxly's final form. In that same vein, the Spanish Navy is known for assisting in the dealings of forest fires. It's a bit of a stretch, and a bit literal, but an argument can be made for the final form of the duckling Pokemon being a literal firefighter and being the first water-fire type since Volcanion. 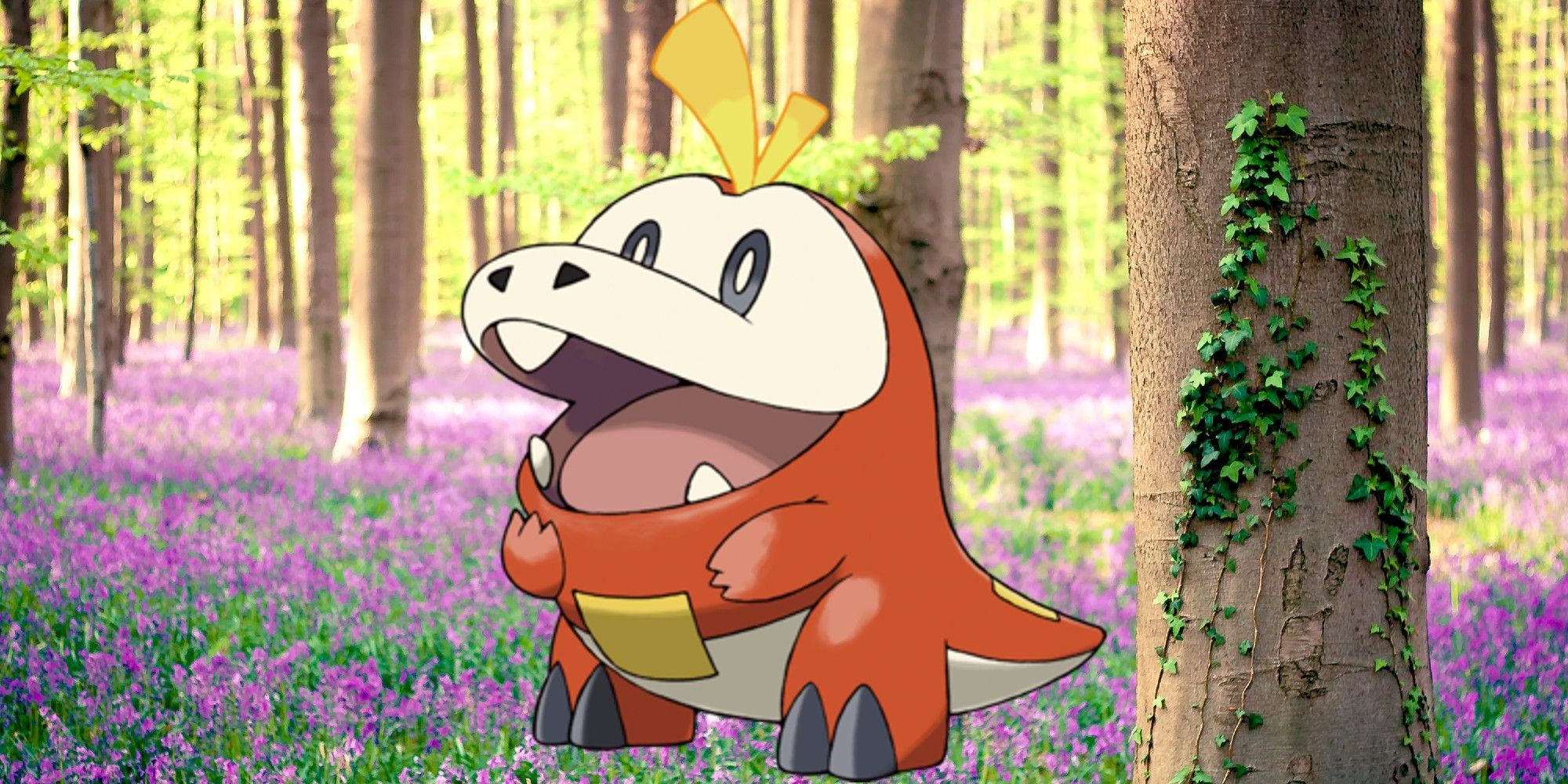 Another theory for Fuecoco's final evolution revolves around a pre-existing concept known as the Zodiac Theory. The aforementioned theory states that every fire-type starter's design will be based on the Chinese Zodiac. If this theory is to be believed, then the most likely candidate for Fuecoco's final form would be the snake given its reptilian nature. If this is the case, then we could see the fire starter's final form pulling inspiration from the Cuelebre

In Spanish myth, the Cuelebre is said to be a winged serpent-dragon that keeps Anjanas, or Spanish fairies, as prisoners. This creature's spit is also said to turn into a magic stone that is capable of healing a myriad of diseases and sicknesses. While healing isn't exclusive for fairy-types, an evolution reflecting the Cuelebre is more likely to have this typing as opposed to dragon as a fire dragon-type would make the starter unbalanced with all the resistances it would have. 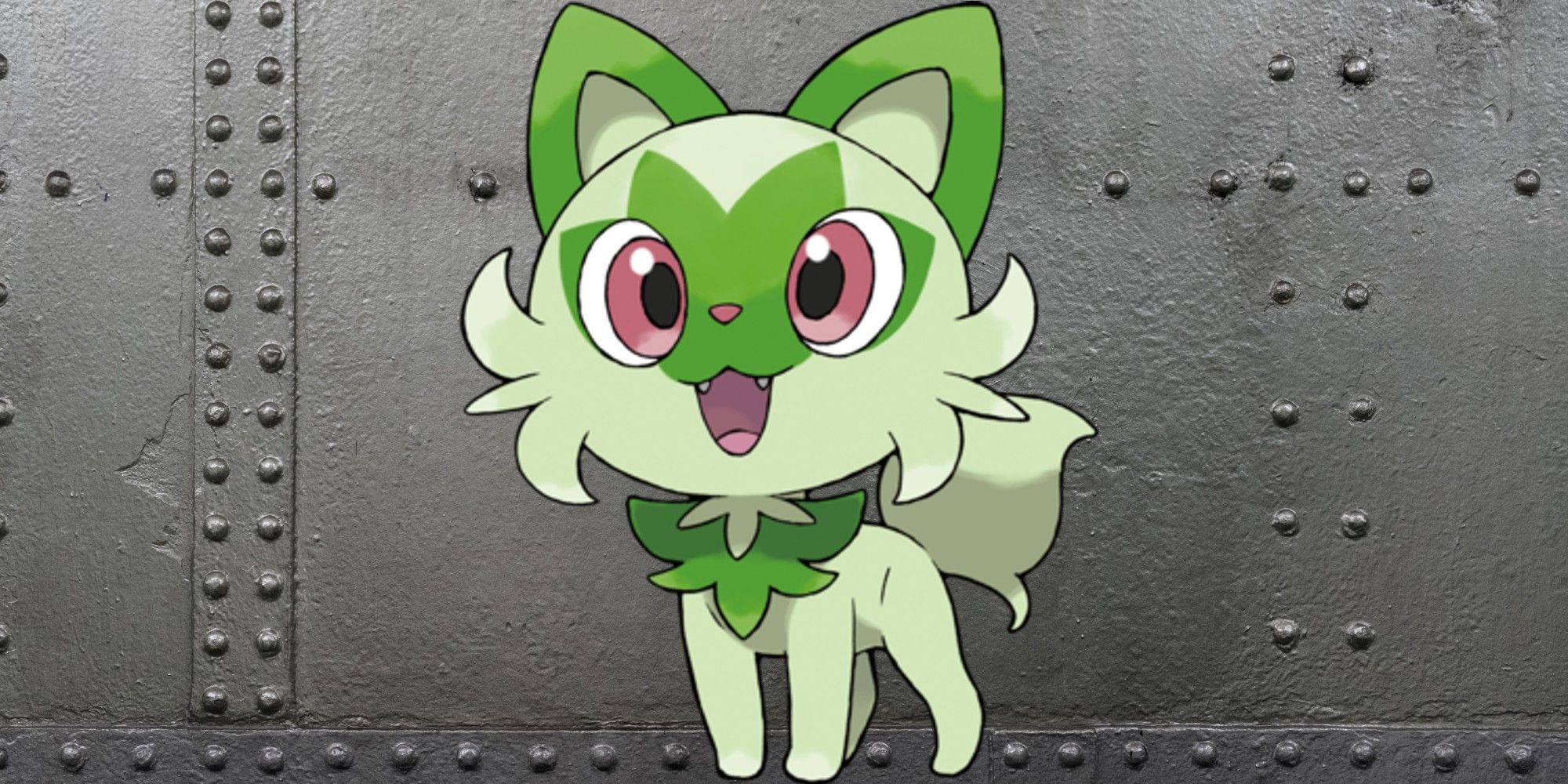 Another possibility for Sprigatito's final evolution comes from its description as a capricious and attention-seeking Pokemon. While this could simply be playing off of the fickleness of cats, this could be a reference to the fairy tale Puss in Boots. The anthropomorphic cat lead of this famous fairy tale uses trickery, cunning, and his foil to gain power, wealth, and, most importantly, attention.

While this fairy tale is Italian in origins, not only have the other starters taken inspiration from other cultures than those that their current Gen is set in. Not only that but with recent renditions of Puss in Boots in Shrek, the bipedal cat has become associated with a Spanish influence due to his voice actor. If this is the route that Sprigatito goes down, the steel typing would reflect the rapier that the titular cat uses in the fairy tale and its tale would most likely be its blade. 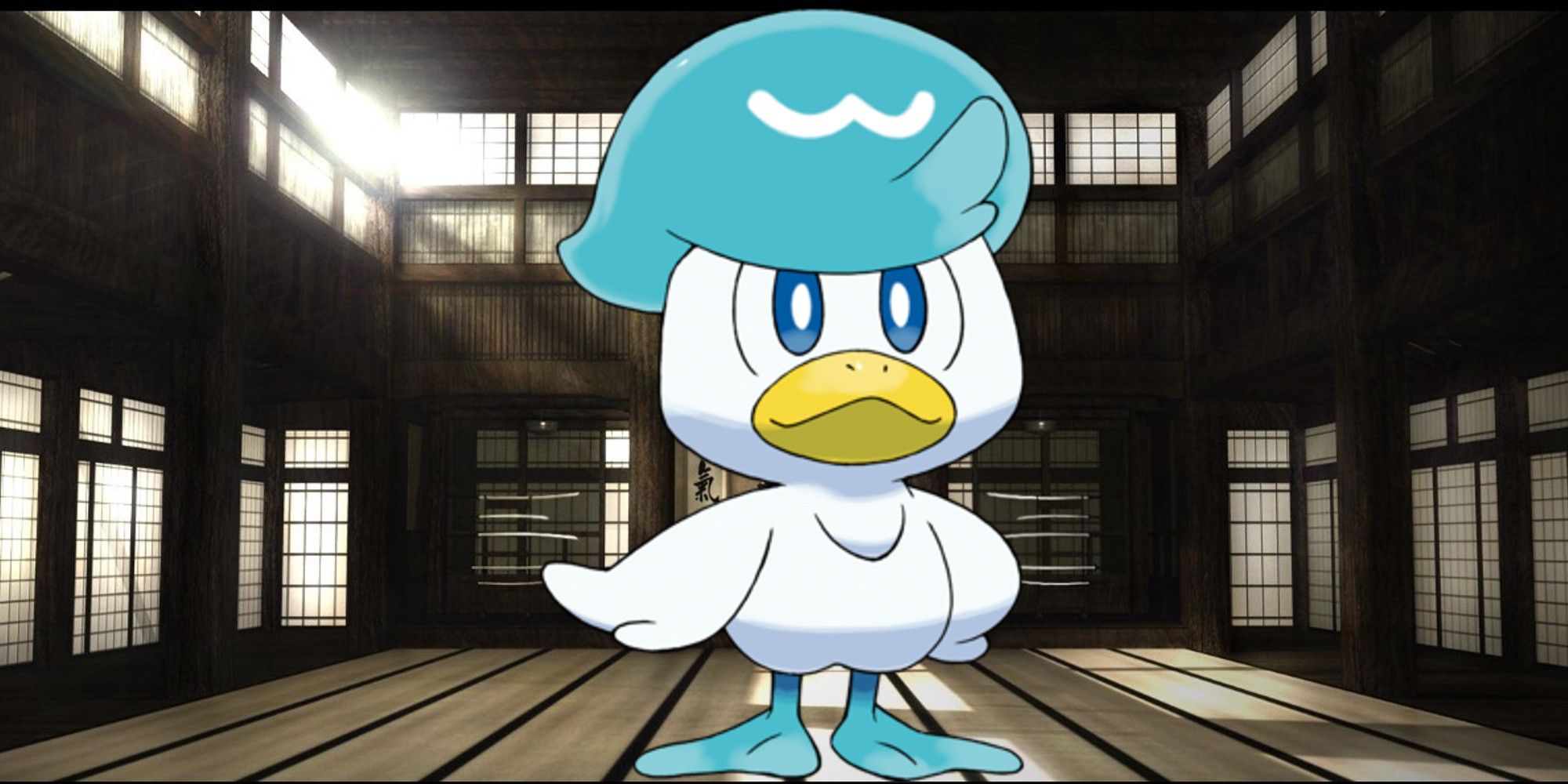 Sticking with Quaxly's naval influences, the little duck reflects some stereotypes revolving around members of the navy. In media, sailors and naval officers are always seen as strong. Characters like Popeye take this to a comical degree and even Donald Duck, a duck always seen wearing a sailor's outfit, has had a few instances where his strength reaches mind-boggling levels. The perfect trait for a fighting type.

Now, the fighting type might not seem plausible given that Quaxly appears to have fully functioning wings and not arms, but Pokemon has done much stranger things with their evolutions. We see this with Hisuian Decidueye specifically as, despite being a grass and fighting-type, can fly. We could see a similar adaptation for Quaxly's final form with it being a fighting type, yet able to fly and perform aerial maneuvers and attacks.