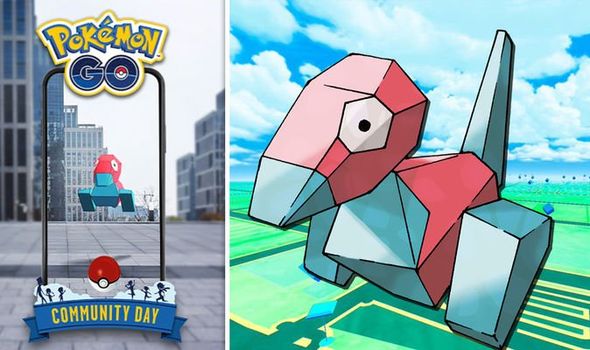 The Pokemon Go September Community Day event has been detailed by Niantic.

The next Community Day event has been given a September 20 release date. It will run from 11am to 5pm local time.

This means that for the duration of the event, Porygon will appear more frequently in the wild.

It’s great news if you don’t already have a Porygon2 or a Porygon-Z in your collection.

Better yet, if you evolve a Porygon2 into a Porygon-Z during the event – or up to 2-hours after it ends – you’ll be left with a Porygon-Z that knows the exclusive Tri Attack special move.

Ideal for Trainer Battles, the Tri Attack special move has a chance of lowering your opponent’s attack and defense stats.

Needless to say, the September Community Day event will give some lucky fans the chance to capture a Shiny Porygon.

Elsewhere, Niantic has announced some of the other bonuses, deals and rewards available as part of the September Community Day event.

For the duration of the event, players will earn triple XP for every Pocket Monster they catch.

Incense activated during the event will last for three hours instead of just 30 minutes, and there will also be an opportunity to earn the items needed to evolve Porygon and Porygon2.

Niantic also has a surprise in store for fans who take a snapshot or two during the Community Day event.

There will also be a September Community Day–exclusive Special Research story titled Decoding Porygon. This is a paid Research Story costing £1.

“Work alongside Professor Willow as he learns all about Porygon—a Pokemon made completely out of programming code—and its subsequent Evolutions,” Niantic explains.

Finally, players will have the chance to earn the items needed to evolve Porygon and Porygon2 ahead of the event.

“Trainers who purchase a ticket for the September Community Day–exclusive Special Research story, Decoding Porygon, can earn an Upgrade and a Sinnoh Stone by completing that Special Research.”

Related posts:
Best News
Intel given greenlight to supply some products to Huawei
Microsoft Sets New Environmental Impact Goals Around Water Usage
Nintendo Details New Switch Online Subscriber And Nintendo Account Milestones
Microsoft’s Bethesda deal will spur more acquisitions and industry upheaval
The worst Nintendo Switch icons, according to fans
Recent Posts
This website uses cookies to improve your user experience and to provide you with advertisements that are relevant to your interests. By continuing to browse the site you are agreeing to our use of cookies.Ok