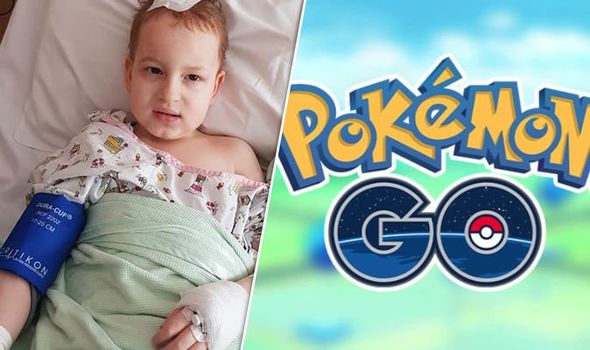 But the Pokemon Go loving toddler has for the majority of his life been battling cancer. Dylan was just two-years-old when he was diagnosed with medulloblastoma, an aggressive form of brain cancer. At the time Dylan seemed like an average toddler, seemingly symptomless apart from bouts of vomiting in the morning.

But his mother Jess, from Aylesbury in Buckinghamshire, knew something wasn’t right with her son’s health.

After initially being told Dylan was suffering from a virus, Jess took Dylan to A&E for a second opinion with his then six-week old brother Elliot.

When Elliot was sick and staff asked the family to move elsewhere Dylan was scooped up into his father’s arms and his symptoms became apparent.

The unexpected change in balance caused Dylan to vomit, clutch his head and scream in pain.

Doctors opted for an MRI scan, which revealed a tumour the size of a golf ball in Dylan’s brain, as well as three smaller tumours on his spine.

He was rushed to Oxford’s John Radcliffe Hospital for an emergency operation lasting over 10 hours.

Dylan underwent gruelling treatments in the years that followed including multiple rounds of chemotherapy and radiotherapy.

The treatment left the youngster with profound disabilities.

However, despite the treatment Dylan relapsed in the summer of 2018.

Jess refused to give up hope, and began to raise money for an experimental treatment called MEMMAT which is delivered through a port in Dylan’s brain. 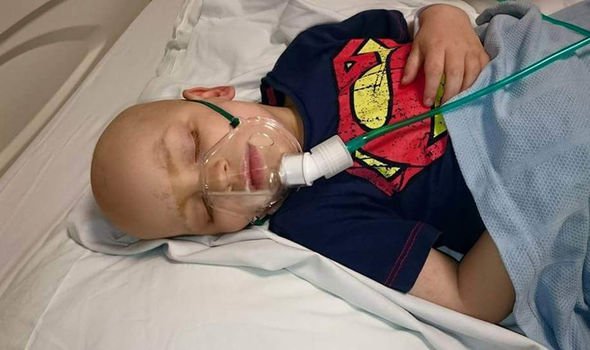 The schoolboy is currently being treated with two chemotherapy drugs, but only half of his medication is available through the NHS.

The other half needing to be mixed, transported and administered privately.

Dylan’s mother is currently paying £3,000 every four weeks for her son’s medical bills.

And there is the potential for this cost to rise as and when Dylan’s needs change.

His family is now looking to raise £150,000 in order for Dylan to keep receiving the treatment that keeps him alive.

They have set up a Virgin Money fundraising page for donations – click the link below to be directed to the site.

To highlight their fundraising efforts, single mum Jess, who works part-time alongside caring for Dylan and his two brothers, is going on a 25 mile walk. 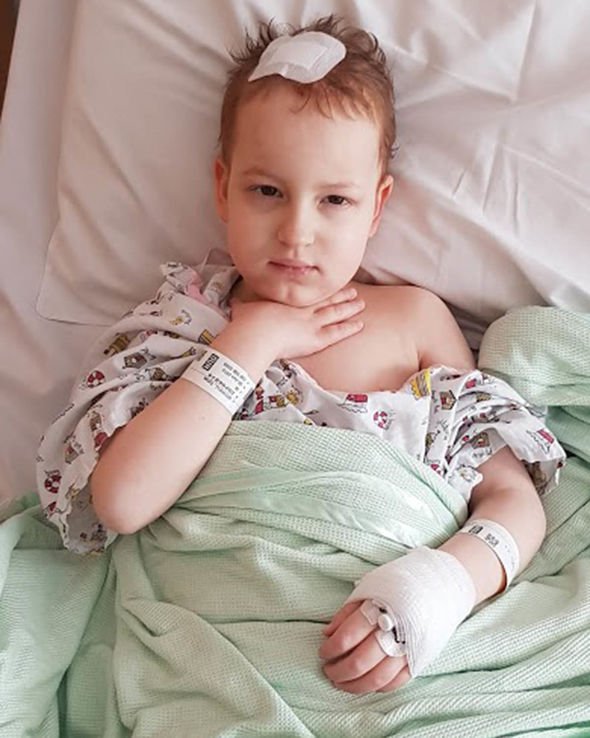 Jess along with family and friends will be walking to and around six of Dylan’s favourite parks he goes to when he plays Pokemon Go.

This will be taking place on the sixth anniversary of Dylan’s cancer diagnosis, which happened in May 2014.

Supporting these fundraising efforts will be Pride of Britain award-winning fundraiser Jamie McDonald.

McDonald last year dressed as alter-ego Adventureman and broke the Guinness World Record for greatest distance covered on a treadmill in seven days.

The 32-year-old is supporting through his charity Superhero Foundation, by both providing advice and enabling Jess to claim Gift Aid on all donations.

McDonald said: “Every kid deserves quality of life and to spend as much time as possible with their family; that’s all we want for Dylan.

“I hope that with our support, as well as support from the wider community, we can continue to help Dylan receive the treatment that he so desperately needs.

“In an ideal world, money for treatments shouldn’t be a worry for anyone – until then, we’ll continue to do what we do.”

While Dylan’s mother Jess added: “If you met Dylan, you’d think he was just like any other little boy.

“He’s a real tornado of energy most of the time and one of his favourite things to do is run around the park with his brothers playing Pokemon Go.

“Dylan really is my superhero – he has defied so many odds and continues to fight every single day.

“He’s never given up on us, so we’re not giving up on him. We’ll do whatever we can to ensure Dylan has the longest and best possible quality of life.”