Pokemon: Every Main Rival Of Ash Ketchum, Ranked By Skill

If there are any battles most Pokemon fans have seen in the anime, it’s probably between Ash and his many rivals throughout his adventures. From the original condescending Gary to the ambitious Gladion, we’ve seen all sorts of characters face off against our favorite Pokemon trainer with their own battle styles and personalities.

What we’ve never really seen, though, is how these rivals would face off against each other. Ash’s rivals have rarely ever met, and given their unique teams and conflicts against Ash, it’s worth wondering how these characters would stack against each other, as some of them would surely come out victorious over the others. 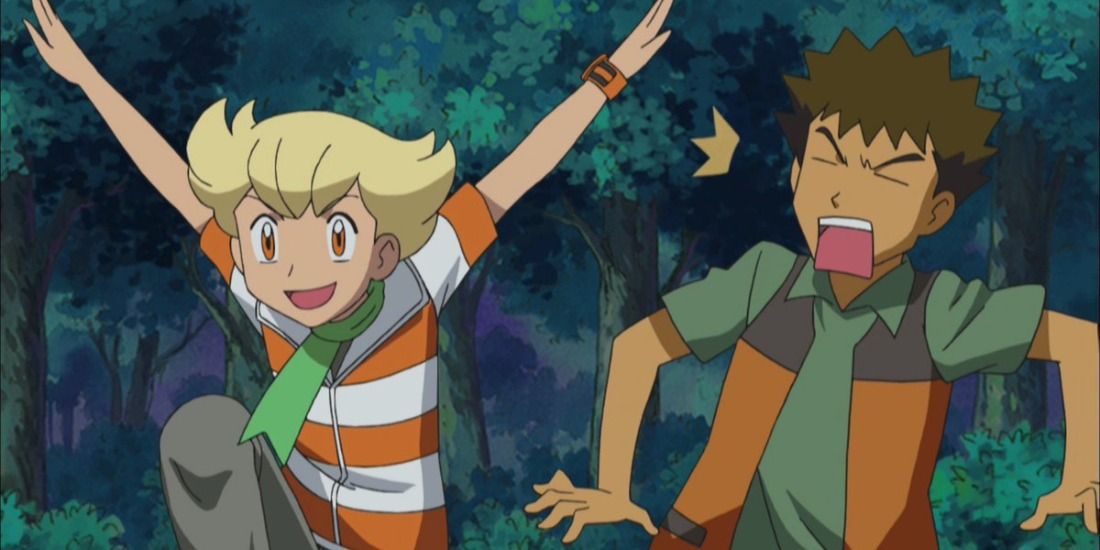 It’s somewhat fitting that one of the only rivals to appear in the games also happens to be one of the least exciting rivals in the Pokemon anime. Barry is the animated version of your Sinnoh rival in Pokemon Diamond & Pearl, making for a hyperactive and excitable trainer who’s more a friend than an opponent.

This isn’t inherently a bad thing, but as a trainer, it means he’s far less intimidating or skilled than his peers. His Pokemon are certainly impressive, with many competitive Sinnoh and Johto all-stars like Empoleon and Heracross, but most of them end up fainting very quickly in any fight they appear in. 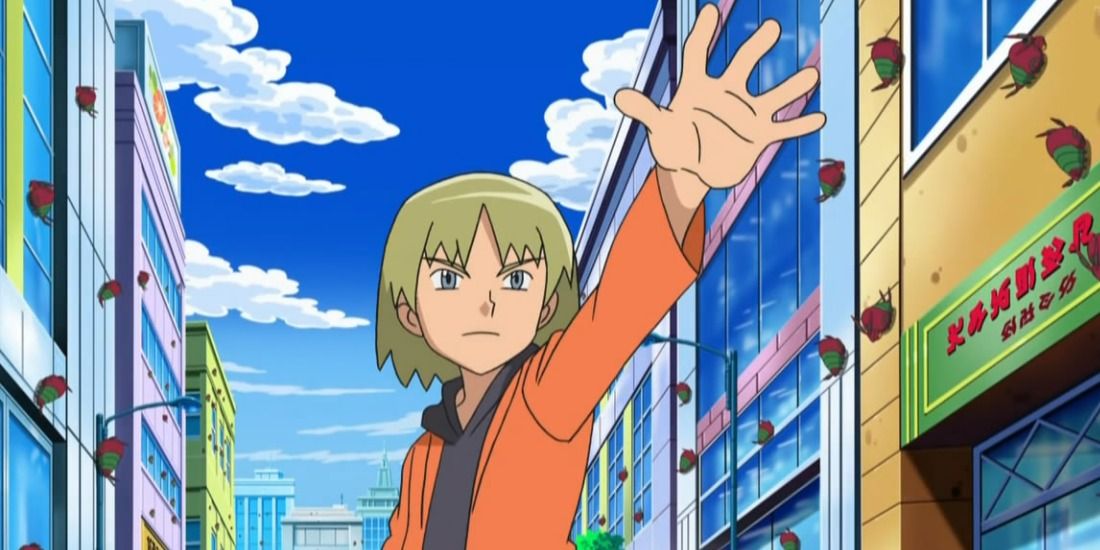 Trip is at least more competitive than Barry, having a strong variety of Unova Pokemon early on like his Serperior and having a more competition-oriented mindset. As a rival, though, his track record of achievements is way smaller than any other rivals, making his condescending attitude far less impactful than other rivals like Gary and Paul.

What doesn’t help Trip is his final battle against Ash, a one-on-one battle early in Unova’s large tournament where he loses quickly before fleeing the tournament without spectating any rounds. His loss makes for a straightforward win for Ash, making his rivalry and skill feel minimal compared to Ash’s other encounters along the way. 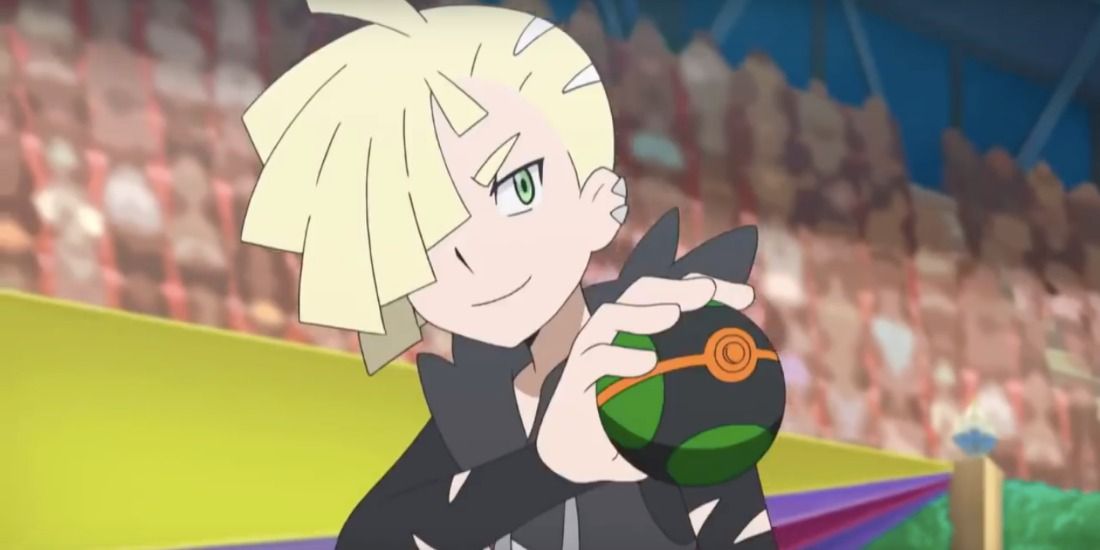 Gladion is where Ash’s rivals start to get more threatening, as this daunting and intimidating character from Pokemon Sun & Moon receives tons of growth and talent throughout his Alola adventures. He and Ash don’t end up massively antagonistic by the end, but it’s clear in their final battle for the Alolan Championship that they’re incredibly even in skill.

That said, Gladion still managed to lose in this climactic battle. It’s certainly impressive to see Ash finally obtain his first regional championship, but Gladion being the one to lose and give him this achievement is undoubtedly an embarrassing and poor mark on his match record. 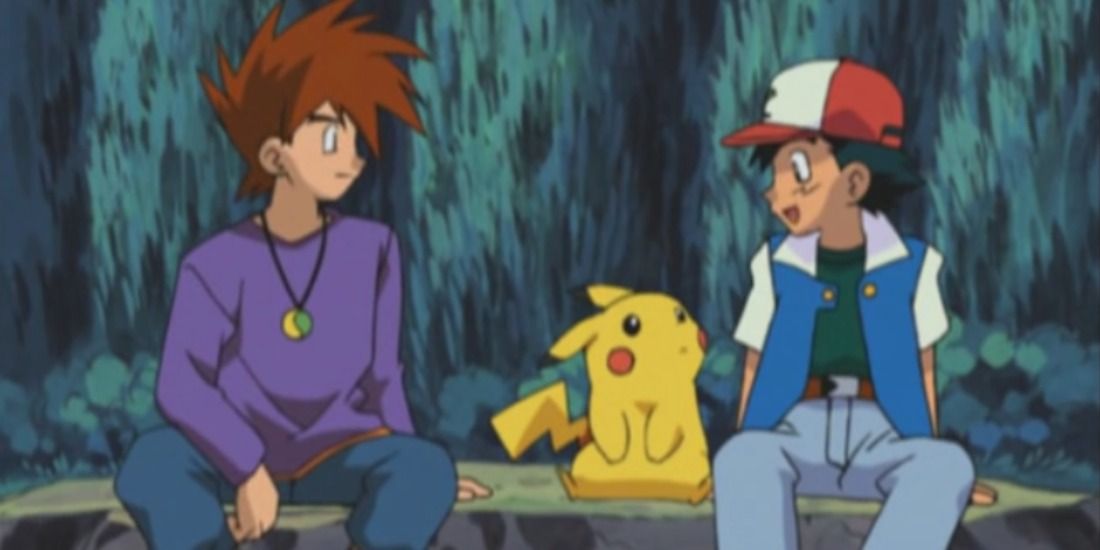 Compared to nearly any other rival of Ash, Gary has perhaps seen the most growth throughout his time in the series. Starting as a simple condescending bully to Ash in Pallet Town, Gary eventually moves to come close to beating Ash in Johto’s Silver Conference, running mostly on his cleverness rather than immature stubbornness.

Much like Gladion, he’s pretty much even in terms of battle skill with Ash, but his skills and knowledge have grown in ways that no other rival has. He currently works as a research assistant and traveler, making him a much more well-rounded trainer than nearly any other character in the anime. 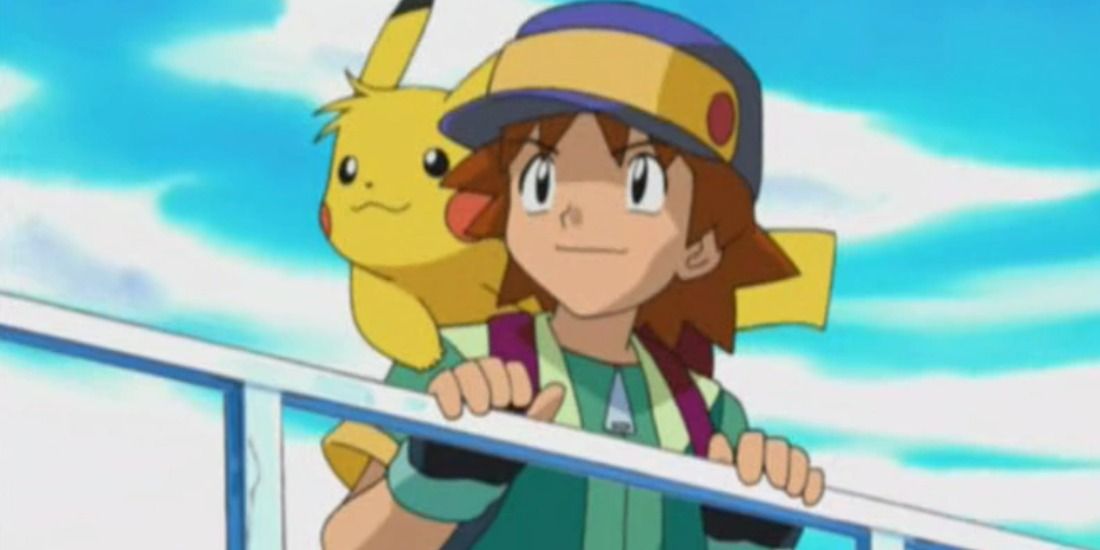 When discussing Ash’s rivals, the most underrated and evenly-matched opponent is none other than Ritchie, a young boy from Frodomar City who’s hardly an enemy of Ash. Instead, Ritchie embodies all the same positive and caring traits of Ash, making him the perfect opponent to test Ash’s raw battle skill.

Ritchie’s skill is best proved in his first appearance, where he defeats Ash in his first major tournament. It’s an extremely close match with several similar Kanto Pokemon, but unfortunately, Ash is let down by his disobedient Charizard while Ritchie’s Charmeleon burns it out. If the two were ever to compete in a major tournament again, it’s extremely unclear who would come out victorious, but Ritchie would surely be another intense challenge. 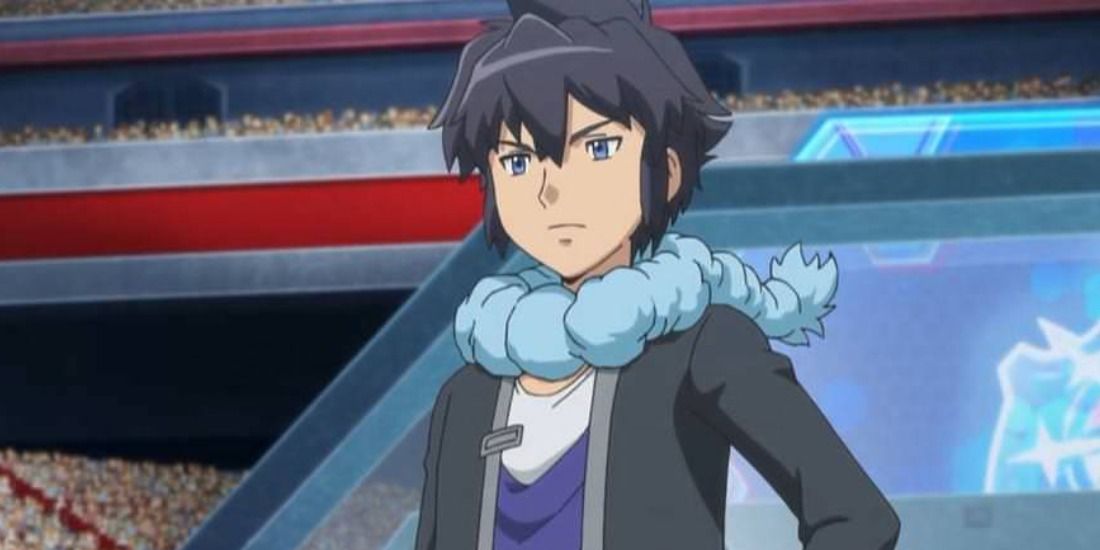 Ash’s Kalos adventures didn’t have many recurring rivals throughout the entire journey, but he met several extremely intimidating opponents right in time for the final tournament in Kalos at the end of the season. This includes Alain, a powerful and serious trainer who wishes to test his limits against Ash’s skills as a battler.

Alain does manage to beat Ash in this final confrontation, making him appear far stronger than most of Ash’s prior rivals by at least a hair. That being said, Alain’s victory is primarily thanks to his Mega Charizard, an especially powerful and rare alternate form that’s unfairly stronger than Ash’s Mega-free team, including against Ash’s unique Battle Bond Greninja. 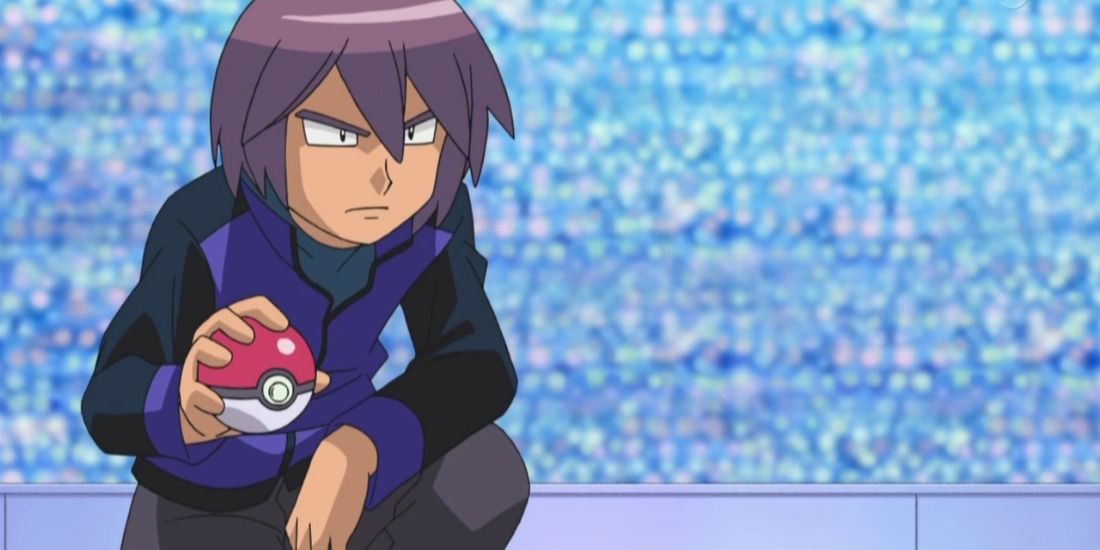 If you’ve never watched the final tournament in Ash’s Sinnoh adventures, you’re likely to feel extremely satisfied watching most of Ash’s matches. Reaching the quarter-finals of the Sinnoh League feels like an incredible achievement of Ash, and his battle with Paul undoubtedly comes across as one of his most difficult opponents in history.

Paul certainly grows throughout the Diamond & Pearl series, but his negative attitude toward his Pokemon and obsession with strength makes him an incredible opposite to Ash’s positivity and creativity. He gives Ash a major run for his money in ways that no other Rival manages to do, and even after his final loss he still remains a growing threat to Ash’s record the entire time he’s in Sinnoh. 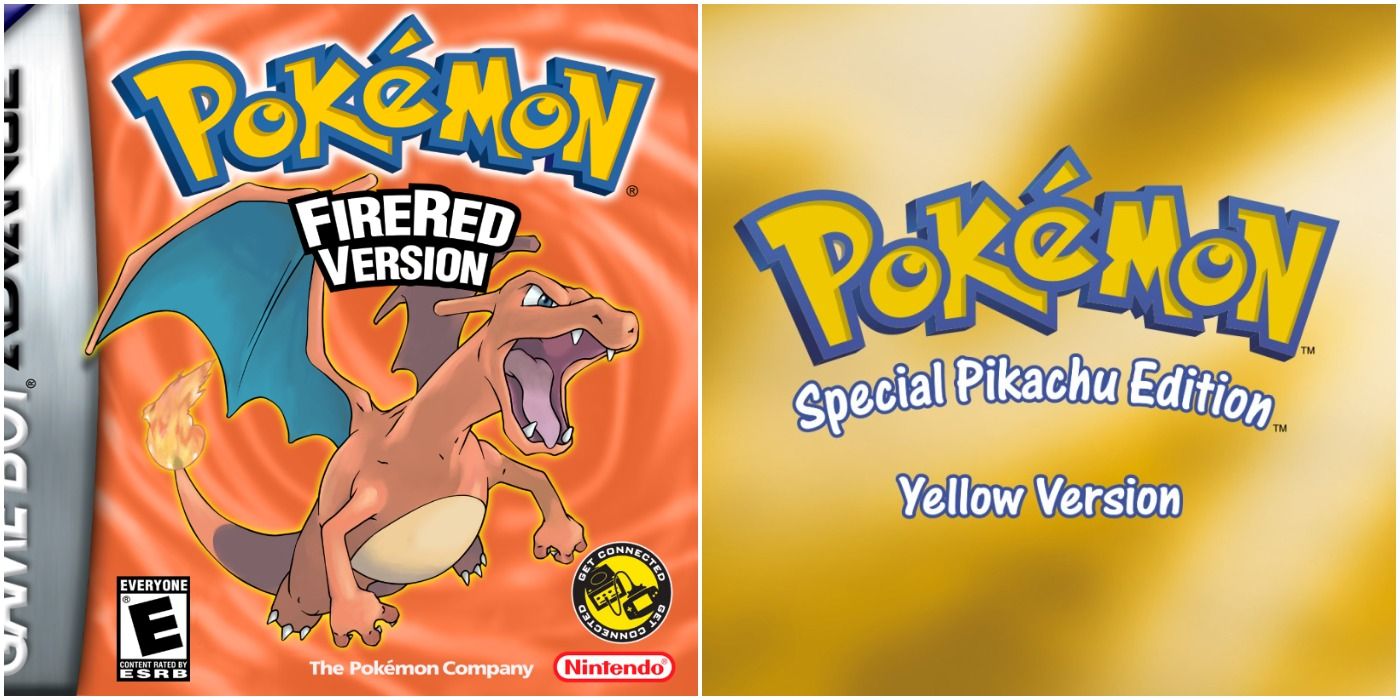