PlayStation 5 Is Getting VRR Support

Today’s patch might have broken everyone’s PS Plus subscription, but on the plus side, at least the few PS5 owners out there are one step closer to getting VRR. They’ll still have to wait a few more months to get it though as this update merely sets the stage for VRR’s arrival.

Variable Refresh Rate, or VRR, is a graphics setting that “dynamically syncs the refresh rate of the display to the PS5 console’s graphical output." The PlayStation 5 is capable of outputting frame rates that can drastically exceed the 60Hz refresh rate of most televisions, so VRR can help sync up the frames your console produces to the frames your screen can display. This will likely be more relevant for those who play PS5s using a computer monitor with a refresh rate of greater than 60fps.

Having VRR enabled can prevent graphical issues like screen tearing and artifacting, which can both occur when there's a mismatch between the output frames and the display's refresh rate. "Gameplay in many PS5 titles feels smoother as scenes render instantly, graphics look crisper, and input lag is reduced," writes PlayStation as it touts the many benefits of VRR. 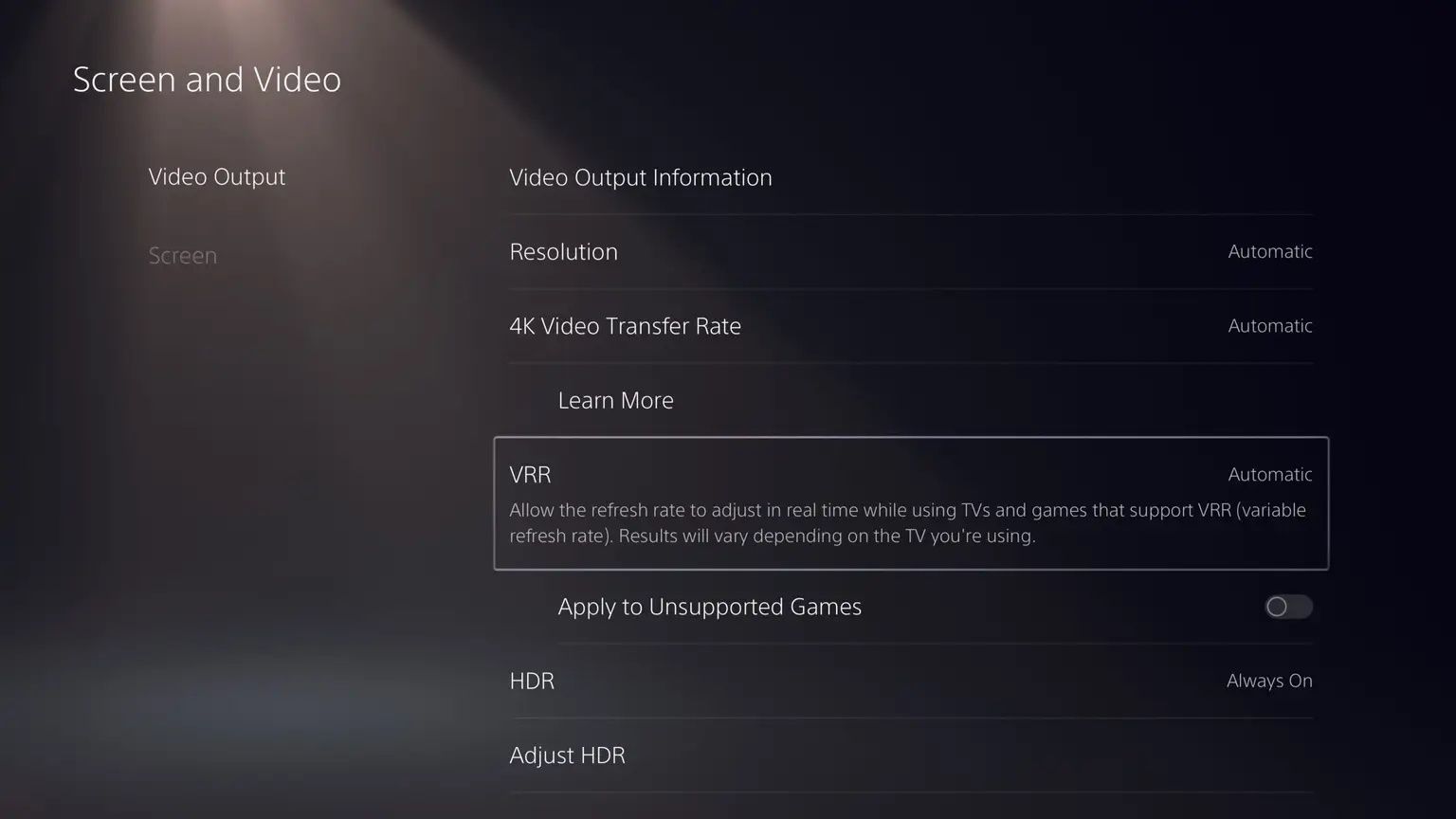 Only the PS5 will receive VRR, and it can only be enabled for HDMI 2.1-compatible TVs and monitors. Previously-released games won't necessarily support VRR when it launches either; that'll have to be patched in by the developer. I'd expect first-party Sony games to make it a priority to update older titles with VRR support, but that might not be the case for third-party developers. Future games would be more likely to support Variable Refresh Rate at launch.

Elsewhere in today's update, PlayStation noted UI enhancements to Game Base and Trophy Cards on the PS5 alongside accessibility features like mono audio in headphones. PS5 players can also preview the new voice command features if they live in the UK and US. This allows you to open games, apps, and settings, as well as control media playback using just your voice.

Unfortunately, today’s system update seems to have arrived with a bug that’s disabling everyone’s PS Plus accounts, preventing them from using the online features of any game. PlayStation hasn’t issued a fix just yet, but this is probably an all-hands-on-deck emergency, so I’d expect to see a fix fairly soon.