Thrustmaster's HOTAS Warthog is ridiculously, comically expensive. This flight stick and throttle combo can cost up to, and occasionally beyond, $500. This isn't something you buy on a whim. It's an investment. But when you heave it out of the box and slam it on your desk, you realise why it has such an eye-watering price tag attached to it. It doesn't feel like a gaming peripheral; it feels like someone yanked the controls out of a real military aircraft and stuck a USB cable on them. It's made almost entirely of metal, which makes pretty much every other flight stick—even the very best ones—feel like cheap toys in comparison.

A lot of people understandably won't be able to justify the cost of a Warthog, which makes me feel a little weird about singing its praises. I was lucky enough to get one through work, so I'm aware I'm in a privileged position here. But despite this savings-obliterating barrier to entry, playing space simulator Elite Dangerous with it is an incredible experience. Elite is perfectly playable with an Xbox controller or a mouse and keyboard, but once you've flown its ships with a proper stick and throttle setup (whether it's the Warthog or a vastly cheaper alternative like the excellent Saitek X52) it's damn near impossible to go back.

Some Elite players don't rate the Warthog. The springs in the stick are super tense, which makes it an effort to move around. You can modify them to be less springy, but for me this feeling of weight and resistance is part of the appeal. It creates a palpable sensation of being in control of a huge, powerful machine. It's what you imagine the controls in your Sidewinder, Asp, Cobra, or whatever you happen to be flying would actually feel like. Whether I'm in a dogfight or landing in a space station, the solid heft of the Warthog makes me feel connected to my ship in a way I just don't experience with any other control method. 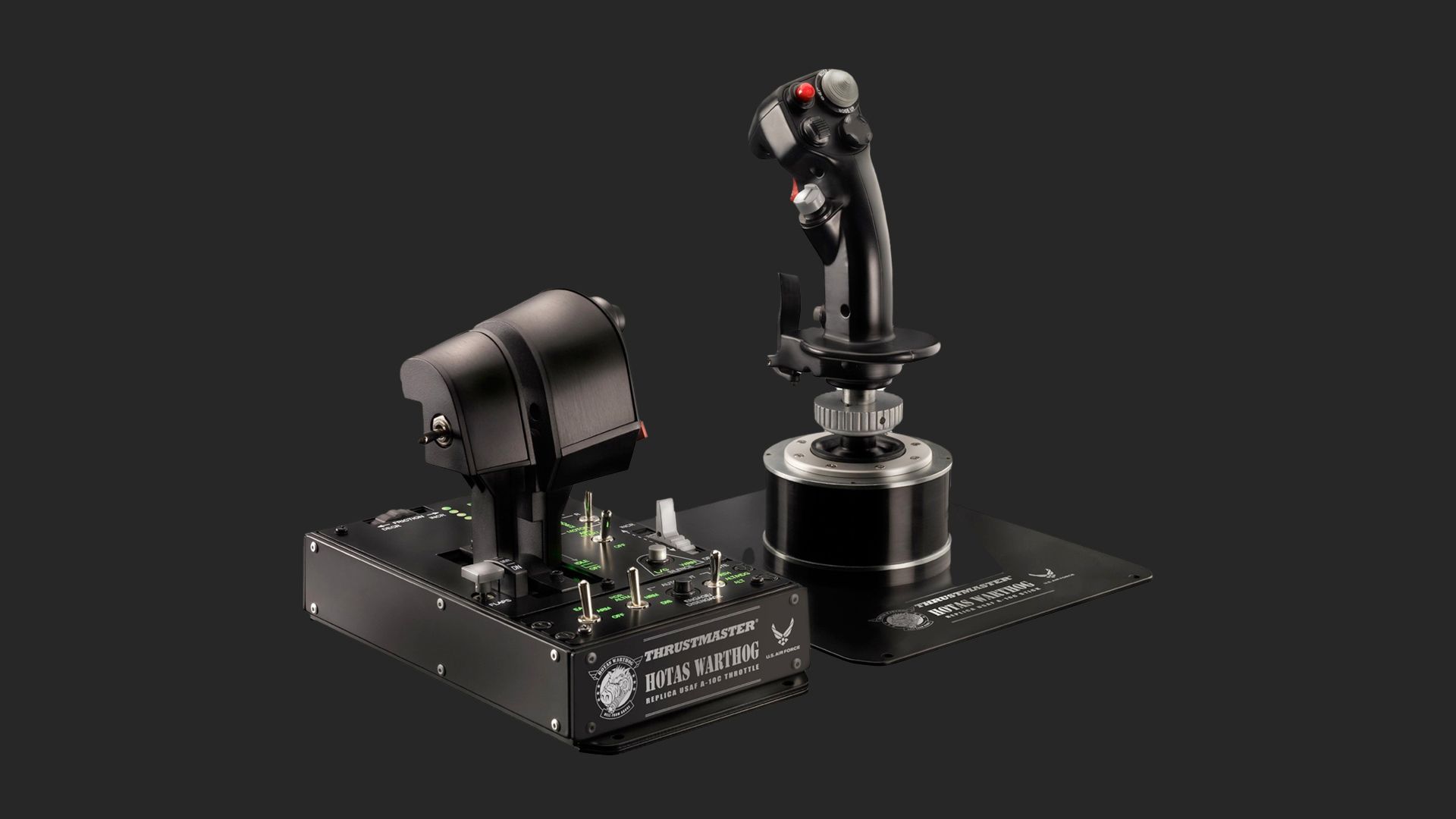 The best word to describe it is tactile. Not only does the cold, heavy metal of the stick feel great in your hand, but the array of audibly clicky switches on the throttle are a joy to snap on and off. Flicking them to lower my landing gear or raise my weapon hardpoints is deeply satisfying, and further adds to the illusion that you're 'really' flying a spaceship. A lot of Elite players, myself included, love this game because its simulation is so richly all-encompassing that it makes you feel like you're there. It's one of the most absorbing, transporting games ever made, and the Warthog adds immeasurably to that aspect of it.

Of course, the Warthog doesn't do all the work. Part of its magic is how it works in tandem with Elite's excellent visual and audio design. Whatever you're using to control them, the game's ships feel sensational to fly. The controls are weighty, responsive, and tangible. You can almost feel the engines roaring behind you when you accelerate, or the cockpit shuddering when you make a hard landing. Each ship has its own distinctive personality too. A chunky little cargo hauler handles very differently from a souped-up fighter. All these details combine with the Warthog to create a singularly immersive space sim. 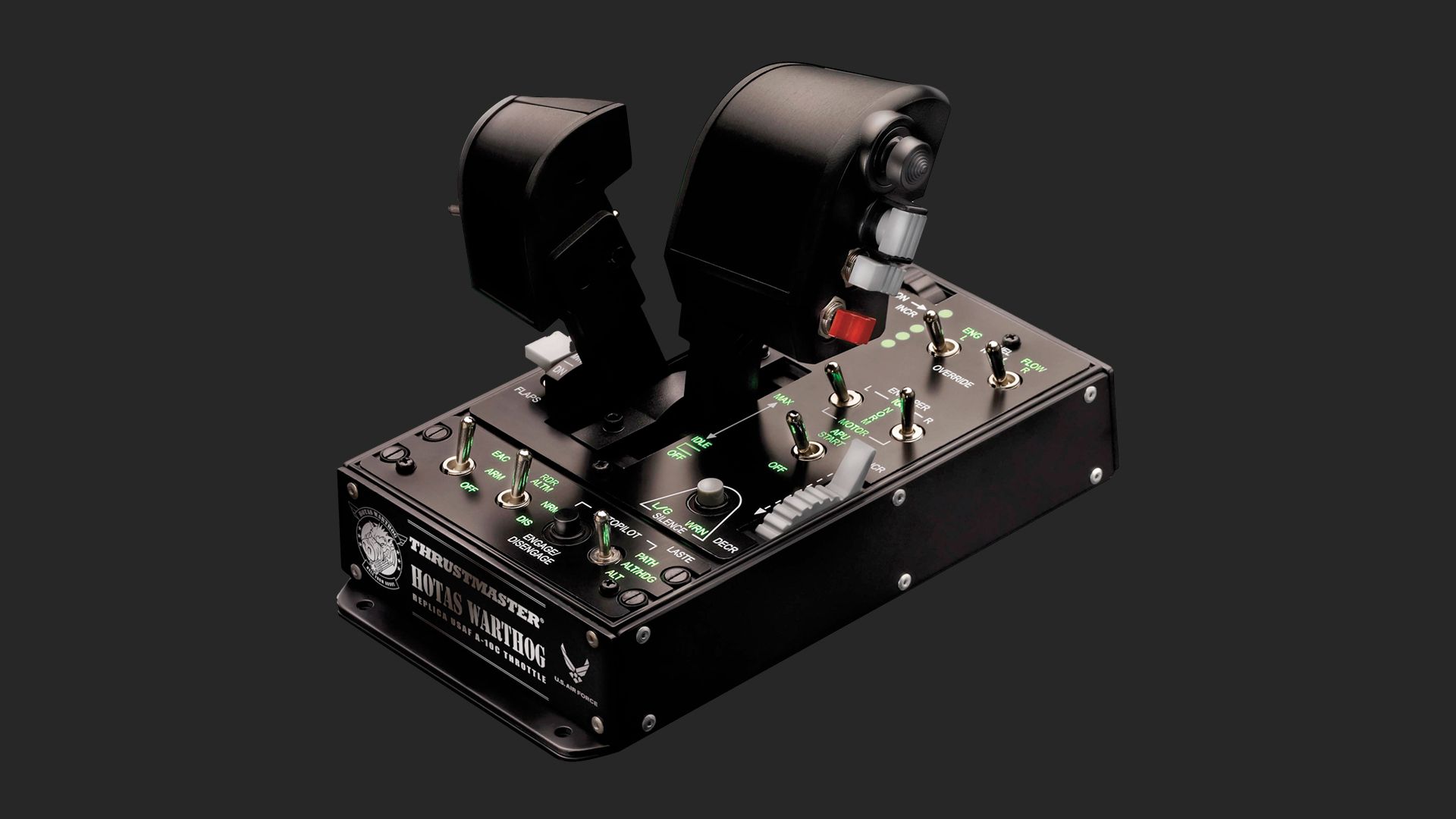 But is it worth $500? That's the killer question. The Warthog is undeniably an impressive piece of kit and complements Elite Dangerous perfectly. I'm sure it's good for plenty of other games too. But unless you have a lot of disposable income, I don't know if I feel comfortable telling people to rush out and buy one. All I can say is that if you do, you'll probably love it—especially if you're an Elite player. But equally, you might find it too heavy and unwieldy, and would be better off with a lighter plastic HOTAS. It's your call, but for me, after about 50 hours of using it, I'll never be able to play Elite with anything else ever again.