Wargaming recently loaded up and fired Update 1.11.1 into its free-to-play massively multiplayer armored warfare game World of Tanks, sending a high explosive round of new content and features downrange for its player base. The update includes a line of new Italian heavy tanks with an enhanced auto-reloading mechanic, the Platoon 2.0 system, new battle missions, Ancient Roman-themed armor decals, and updated UI improvements.

Update 1.11.1 marks the first World of Tanks (WoT) update for 2021, and includes features from some of the most popular community mods directly into the base game. It also immediately broadens and extends the newest nation’s line of tanks, the Italian line, which was just introduced in December of last year, and specifically raises the prominence of the line’s higher-tier tanks by revising their auto-reloading capabilities.

The four new Italian armored war machines introduced with this update are the Carro d’assalto P.88 (Tier VII), Progetto CC55 Mod. 54, (Tier VIII), Progetto C50 Mod. 66 (Tier IX), and the aptly-named Rinoceronte (Tier X). Essentially a sub-branch of Italian heavy tanks, these four new additions have the standard universal gun array, decent armor coverage, and quality gun depression angles of the overall Italian armored line. But the feature that sets three of these new tanks apart from their parent line is the modified auto-reloading system incorporated into the Tier VIII through Tier X machines. The Update 1.11.1 Review video from Wargamer (embedded below) does a good job of explaining the revised auto-loader, and you can find even more details in this WoT blog post.

In brief terms, the auto-reloading feature allows you “to choose between firing intermittent shots or salvos”. Out of combat, the auto-reloader loads shells the same as the standard Italian medium tanks do, with the three-round chamber being loaded from slowest to fastest with each shell. The revised auto-reloading benefit comes into play during the heat of battle, when you have need of firing one round quickly, or of firing all three chambered rounds quickly. As the blog post states, if you fire a chambered round while another round is being loaded, you “will receive a bonus to the speed of loading the next shell to compensate for the spent one.” This reload bonus is gained in the speed boost percentages of 16%, 33%, and the max 50%. New UI markers indicate when this bonus begins, and tracks the percentages as they are reached. 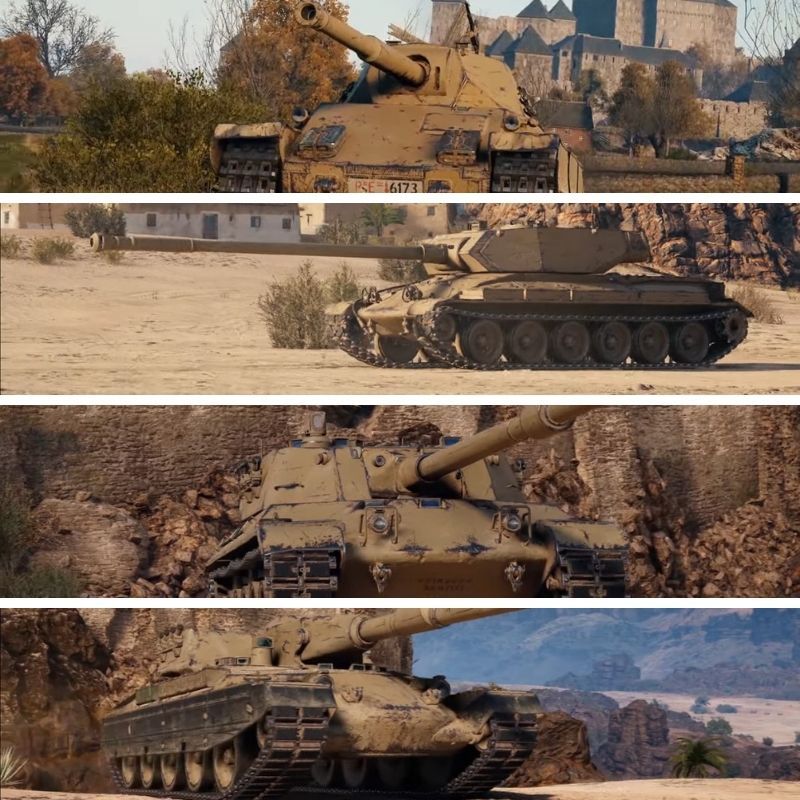 The new Platoon 2.0 system has been implemented into Random Battles, is fully automated, and allows you to choose from a wide list of filters when searching to gather a platoon of comparatively-skilled battle buddies. Four new sets of battle missions are now available specifically for each new Italian tank introduced here, and completing them will earn you “Ancient Roman-themed emblem, inscription, and decal as rewards”. The new UI improvements adapted from popular community mods include the Proximity spotting circle (which shows “the radius of ‘unconditional’ spotting on the mini-map”), as well as a new repair timer that appears when modules are damaged.

To get a deep historical dive into the workings of the Italian tanks, and how Wargaming translated them into WoT, watch the Tank Building: Italian Tanks video on the Wargaming YouTube channel. And read the Update 1.11.1: List of Changes post for a bulleted list of all the new updates.