For the past six years, Yacht Club Games has cultivated an excellent franchise with Shovel Knight. A Kickstarter success story, no one really knew how big this retro-inspired platformer would become. Here we are in 2020 and there are now two separate spin-offs from different studios that are expanding the scope of what Shovel Knight can be.

Announced last year, Shovel Knight Dig is kind of a combination of Mr. Driller with the Shovel Knight aesthetic. Introducing some roguelike elements to keep things fresh, Dig proves that Shovel Knight can be more than just a cute Mega Man clone.

The demo playable at PAX East 2020 was limited, but it gives you a solid idea of how Dig will play out. This is a vertical platformer instead of the traditional sidescrolling one. You’ll jump down a hole and continuously dig to get farther. You’ll encounter all of the common Shovel Knight enemies, collect treasures, find golden gears, and purchase temporary buffs and upgrades that can potentially make things easier. 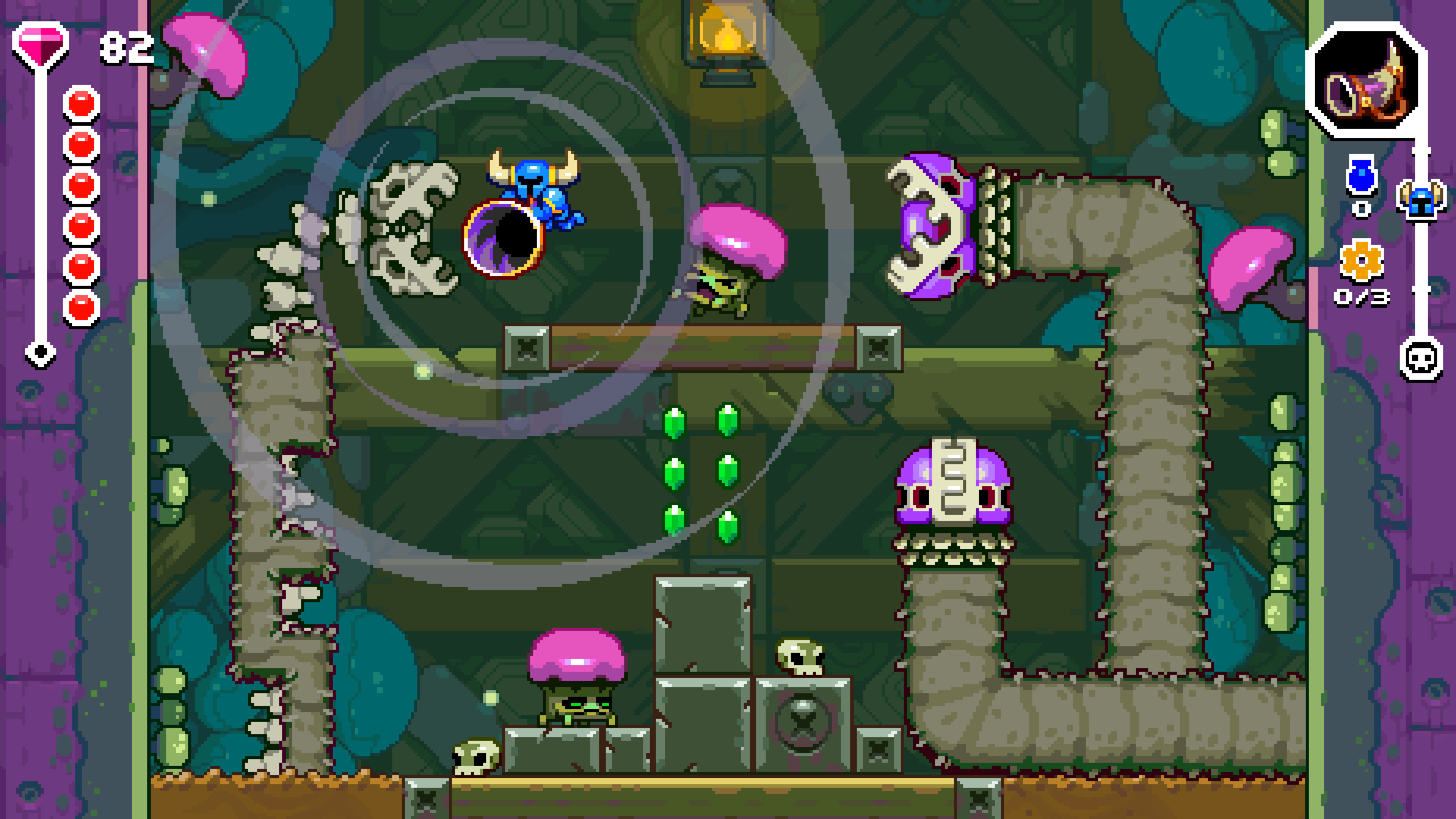 The roguelike angle might sound tired, but it does keep Dig interesting. Each playthrough gets a randomized layout that’s selected from hand-crafted designs. The pieces fit together seamlessly, so it’s hard to even spot where one section ends and another begins. That said, the demo did have some repetition, as there isn’t currently a wide selection of pre-made tiles.

After you progress far enough down, you’ll have a choice between two paths forward. Again, the demo didn’t have this available, but the idea is that you can decide which boss you’re going to tackle first. Being that I had no choice, I had to pursue Spore Knight and continue into his fungal domain.

Secret paths are hidden in a fashion similar to the main Shovel Knight titles. You’ll see small holes in the wall that can be dug out and that will lead you to either a merchant or a ton of gems. You can even encounter characters that will grant you buffs for free, making that exploration all the more fruitful. 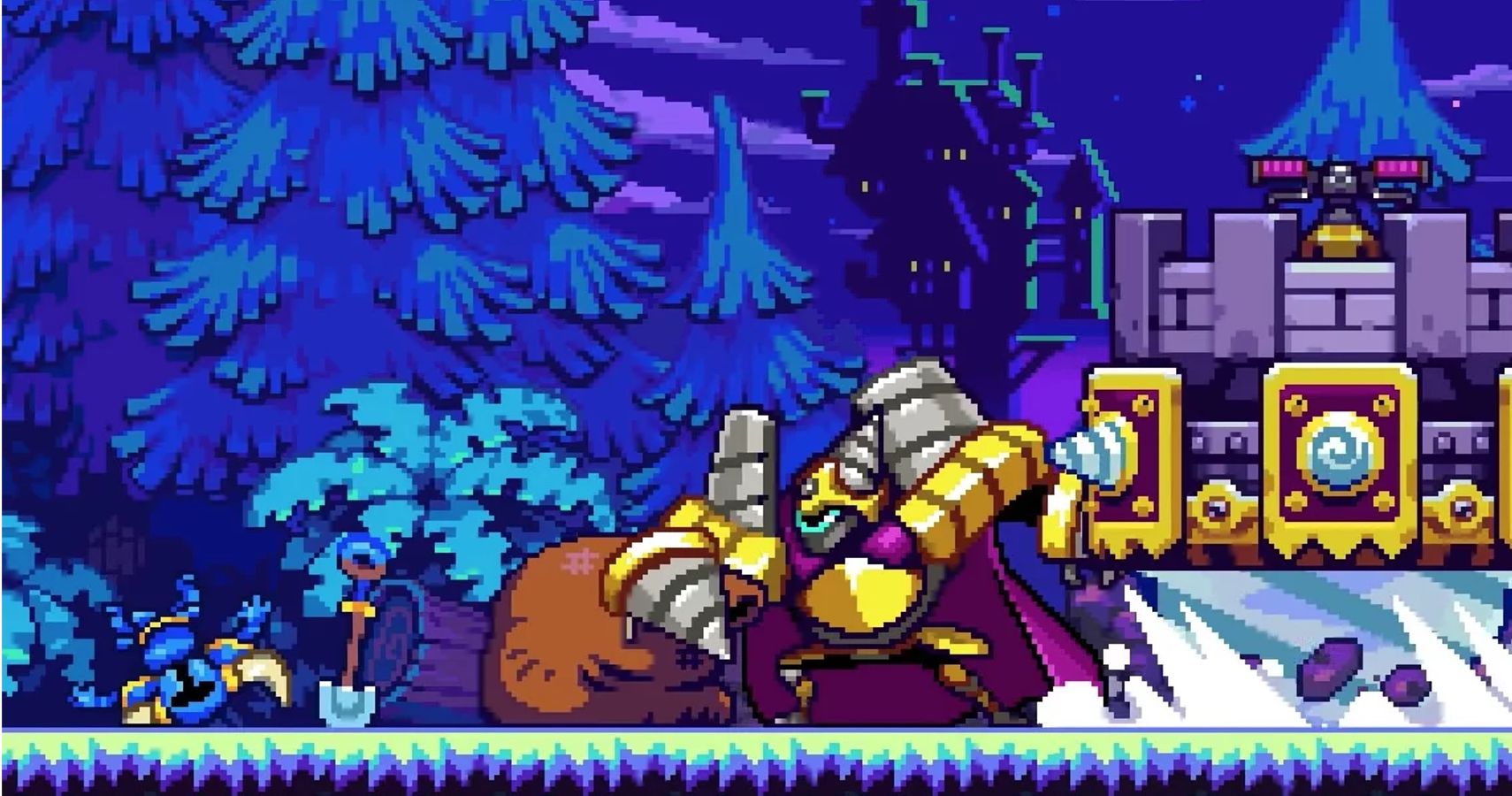 Generally speaking, it’s quite surprising how much of the traditional Shovel Knight DNA exists in Dig. It doesn’t play exactly the same – you don’t have immediate access to various sub-weapons, for instance -, but the basic platforming is a close approximation of Yacht Club’s main dish. You still have the bounce, Shovel Knight can dig in the air, and you’ll find all the same items that can increase health and attack.

This wasn’t present in the demo, but Dig actually shares some DNA with Rogue Legacy. When you die, the game restarts and you’ll have to make progress through all of the levels and bosses again. You won’t lose your money, though, so that can be spent on permanent upgrades that will make the process easier. That’s a solid way to give players less inclined to deal with permadeath a way to track their progress through Dig’s campaign.

Currently, we don’t know how many knights will appear or about how long the game will be. When I get into the rhythm of how Dig feels, I was able to get to Spore Knight in roughly 10 minutes. Areas in Dig are divided into concrete sections (such as 1-1, 1-2, etc), but they mainly feel like single levels from regular Shovel Knight. That could mean Dig is a couple of hours long or possibly even shorter.

Still, a roguelike isn’t a type of game you want to be tens of hours in length. The sometimes harsh penalties for death make investing that much time an insane ask of your audience. Dig seems to get that and will likely offer tons of hidden secrets to entice players back for different runs. That sounds perfectly fine, in my book.