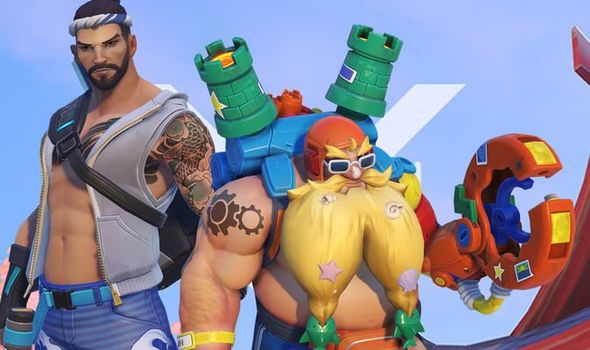 The Overwatch Summer Games look set to kick off in the coming weeks and that means we could start finding out about the event very soon.

With Blizzard working on a sequel to the popular team shooter, new content has been limited on PS4, Xbox One and PC.

It’s unlikely that we will see a new character launch until Overwatch 2 arrives but that doesn’t mean other parts of the game will not be refreshed.

A good example of this is the recently released Sigma Maestro Challenge, which was introduced during June 2020.

Today is the last day that Overwatch fans can unlock all the best cosmetics, including a new player icon, a legendary emote, six unique sprays, and Maestro Sigma (legendary) for a total of nine new rewards.

And with that limited-time event now wrapping, we can move onto the next big one – The Overwatch Summer Games.

While Blizzard is yet to make an official announcement, the 2020 Overwatch Summer Games event is likely to take place the week beginning August 3.

Last year’s event began much earlier, beginning on July 16 and running until August 5.

In addition to sporty skins for fan favourite characters, the highlight of the Summer Games event is Lucioball.

It’s possible Blizzard will introduce new arenas and variations as part of the 2020 Lucioball update.

Blizzard may keep most of the event content the same, while choosing to add new cosmetic items that can be unlocked during the event alongside classic skins.

“Items from previous years’ Summer Games events are also available. Don’t wait too long—like any vacation, the Overwatch Summer Games will be over before you know it.

“This year, we’re challenging Summer Games participants to win games in Overwatch and earn weekly rewards, including athletic new skins for Reaper, Mei, and Reinhardt. We’re also adding leagues of other new seasonal items, available alongside our growing collection of summer gear from previous years, and bringing back Lúcioball.”

The upcoming event is expected to run for around three weeks and will unlock at the same time across PS4, Xbox One and PC.