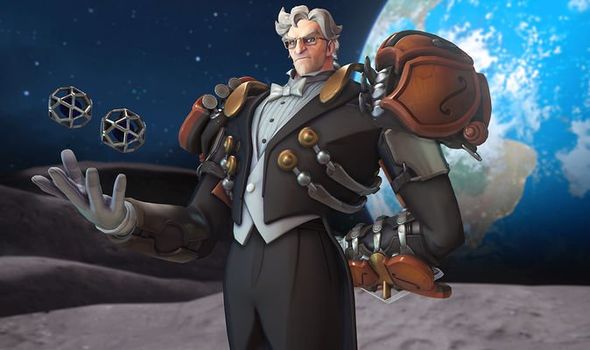 Overwatch developer Blizzard has released a brand new set of challenges, complete with a selection of legendary rewards to unlock. It’s all part of the Sigma’s Maestro Challenge event, which has launched alongside a brand new soundtrack album for Overwatch fans. If you want to unlock the new rewards, you’ll need to hurry, because the event only runs until July 27.

These limited-time rewards include a player icon, a legendary emote, six unique sprays, and the Maestro Sigma legendary skin itself.

Unlocking the legendary emote, player icon and Maestro Sigma skin is a simple matter of winning a few games of Overwatch.

Wins in Quick Play, Competitive Play, or Arcade will earn you the aforementioned rewards.

Three wins nets you the player icon, six wins unlocks the legendary emote, and nine wins will earn you the Maestro Sigma skin.

The six new sprays, on the other hand, can be unlocked by watching Overwatch Twitch streams.

“Players can also watch Twitch streamers before, during, or after matches to unlock even more musical cosmetics,” Blizzard explains.

“Tune in to any Twitch streamer while they’re playing Overwatch now through July 27 to earn up to six Sigma’s Maestro Challenge sprays!”

As for the brand new Overwatch: Cities & Countries soundtrack, fans can check out the new collection by visiting the game’s music website.

The new soundtrack features the themes of Overwatch maps and missions across the world. It can be played on Apple Music, iTunes, Deezer, Spotify and YouTube.

The Overwatch Summer Games event is expected to start in early August, although Blizzard is yet to announce an official date.

The highlight of Summer Games is the ability to play LucioBall, and unlock lots of new sports-themed skins and items.