Overwatch Halloween release time, skins update, when is the Halloween event in Overwatch? 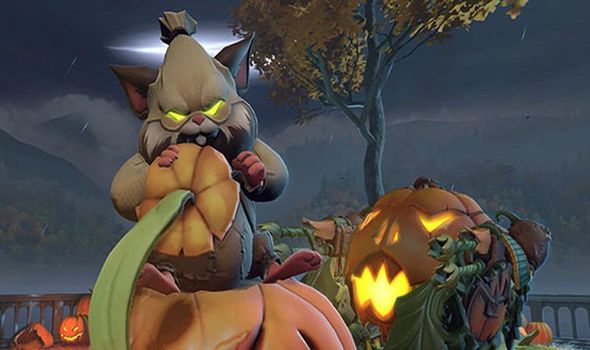 There’s plenty being planned for the return of Overwatch Halloween Terror 2020, although Blizzard are expected to hold back on a few cosmetics. Developers Blizzard are following the normal pattern used in previous years by offering some new Legendary skins to unlock during October and early November. The good news is that most stuff will be available to unlock this week, with spooky loot boxes being one of the main draws. Here’s what we know is coming next, and what’s worth waiting for with the return of the Overwatch event.

WHEN DOES OVERWATCH HALLOWEEN TERROR START THIS WEEK?

Developers Blizzard has confirmed that the Overwatch Halloween event release date has been set for Tuesday, October 13, 2020.

This is a unified launch, meaning that gamers across PS4, Xbox One and PC will get the update at the same time.

Based on previous launches, we would expect the Halloween Terror release time to be set for around 7pm BST.

For gamers in the United States, that will mean downloading a new patch at around 11am PDT on the same day.

This is based on previous launch schedules, so there’s always a chance that things could start earlier than listed above.

There’s also a good chance that some other game changes will be made part of the new Overwatch update going live later this week.

New outfits and Overwatch Halloween skins were revealed for Echo, D.Va, and Sigma as part of the Overwatch League Finals.

The Flying Dutchman Sigma design looks set to be very popular with gamers, while there will be be droves of gamers to looking to grab the creepy new sewn-up Echo outfit.

Other Legendary skins are also in the works for Winston, who will be bringing some big Werewolf vibes to Halloween this year.

D.Va is also confirmed to be getting a new Shin-Ryeong skin for the Terror event, and there’s probably still a few that remain under wraps.

Fans can expect a few more reveals before everything kicks off on Tuesday, and there’s always hope that Genji will get something neat.

Away from the new skin and cosmetics being shipped in Terror loot boxes this week, we also expect the return of Junkenstein’s Revenge.

A message from last year’s event reads: “Team up with three other players to defend Adlersbrunn from a host of haunting horrors, including Junkenstein and his Monster, the mysterious Summoner, the bloodthirsty Reaper, and the devious Witch of the Wilds.

“Celebrate this frightful season with a Halloween Terror Loot Box, filled with new skins, emotes, highlights, portraits, sprays, voice lines, and more. Items from previous years’ Halloween Terror events are also available. Don’t wait too long, though—like most things that go bump in the night, these Loot Boxes will disappear before you know it.”

It should also be noted that some cosmetic items for Overwatch’s Halloween event will be tied to Weekly Challenges.

This will mean winning games in Quick Play, Competitive Play, or the Arcade to unlock sprays, icons, and spooky skins for a number of characters.