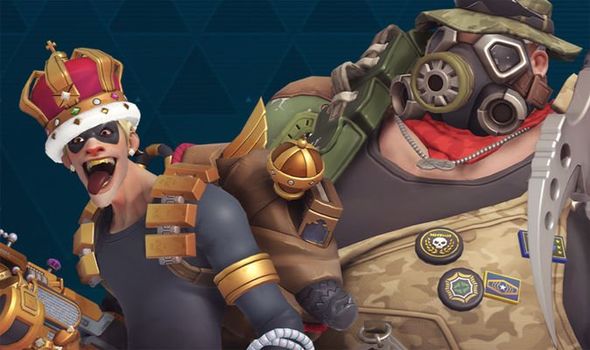 Overwatch developer Blizzard has announced plans to bring back the Archives event for 2021.

According to a Blizzard social media post, the next Overwatch Archives event has an April 6 release date on PS4, Xbox One, Nintendo Switch and PC.

There’s no official launch time, but Overwatch events typically kick off at 6pm BST in the UK.

As with pretty much all Overwatch events, Archives runs for three full weeks, ending on April 27.

New skins will likely be revealed in the run up to launch, so keep checking back for Overwatch updates.

Speaking of Overwatch updates, the next major event will almost certainly launch alongside a big patch.

The Overwatch Archives event gives players the chance to relive important events from the history of the series.

A quick preview of the event can be seen in the Archives announcement trailer below.

“While the event is active, earn Archives Loot Boxes containing skins, highlight intros, emotes, and sprays inspired by moments from Overwatch’s past.”

If it’s anything like last year, the Archives missions will contain various modifiers and challenges.

Not only do they make the missions a bit more challenging, but it gives fans the chance to earn some exclusive rewards.

Speaking of rewards, the best part about any new Overwatch event is the ability to unlock special skins and items by earning loot boxes.

“Journey seven years into the past and join an Overwatch strike team fighting through the streets of King’s Row to quell an uprising led by Null Sector, a rogue group of omnics,” reads the official description.

“There are no reinforcements. Failure is not an option. The future depends on you.

“Play as one of four Overwatch agents in Story Mode, bring a hero of your choice into the fray with All Heroes Mode, or endure the deadly modifications introduced by Challenge Missions.”

Tracer’s first mission was followed by a Blackwatch challenge, as well as a pursuit mission on the streets of Havana.