Outriders: Worldslayer has introduced 12 new Legendary sets for players to chase. Each class got access to two class-specific sets and four universal sets, some of which will shake up the build meta for Expeditions. From changing Thermal Bomb to converting all damage you take, this expansion's new Legendary sets are fantastic for players that love buildcrafting.

Today, we'll be looking at all Legendary armor sets introduced in the Worldslayer expansion, showcasing what each set does and discussing some potential builds for each set. Use the table of contents above to jump to any class you're interested in. 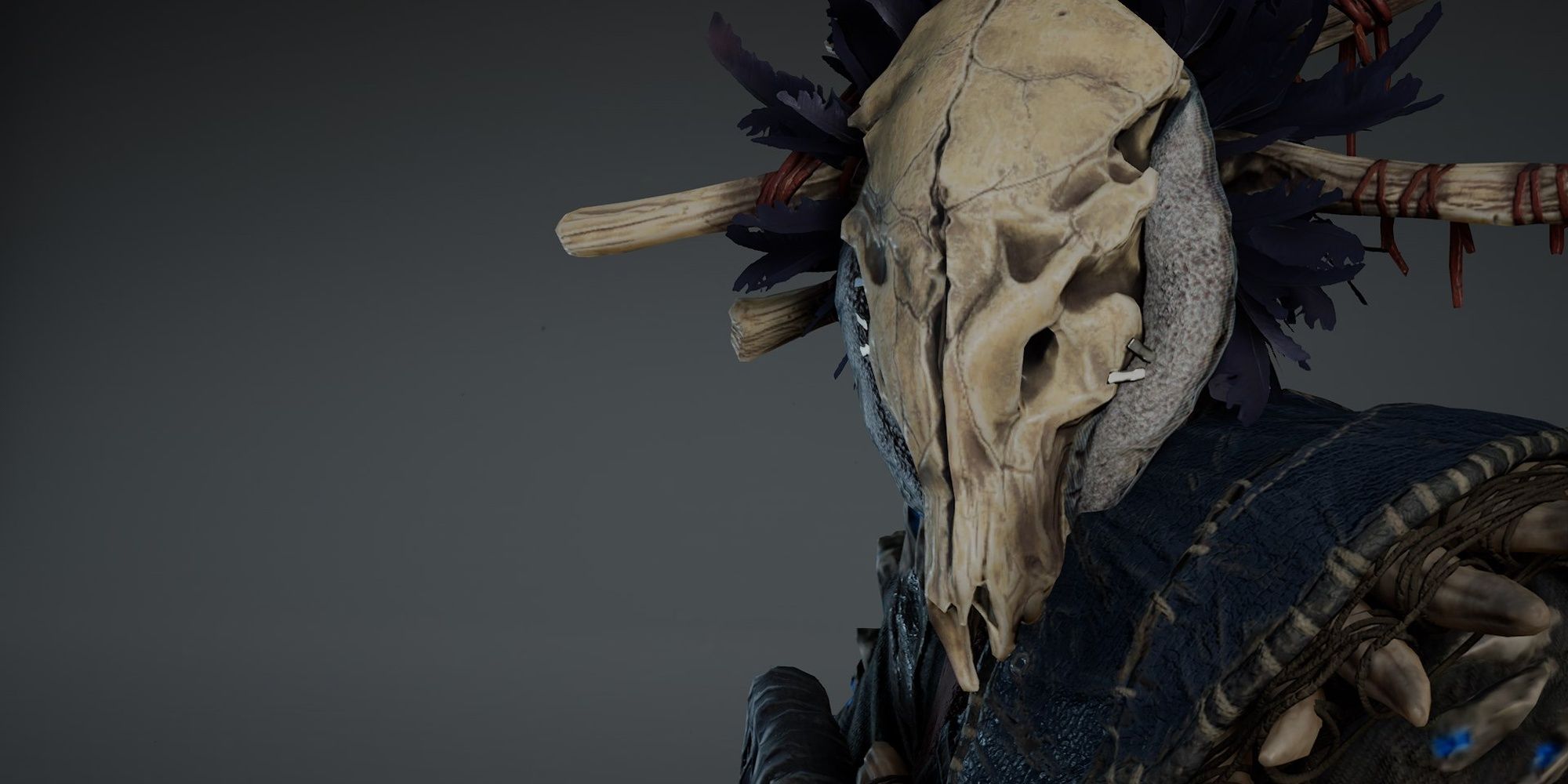 Deadeye allows you to benefit from long range multipliers at all times, although close range bonuses will now do nothing. This is useful for Technomancers that wish to use off-meta weapons like snipers. If you plan on using this set, focus on getting as much Long Range Weapon Damage as possible from your skill tree, gear, and Ascension points. 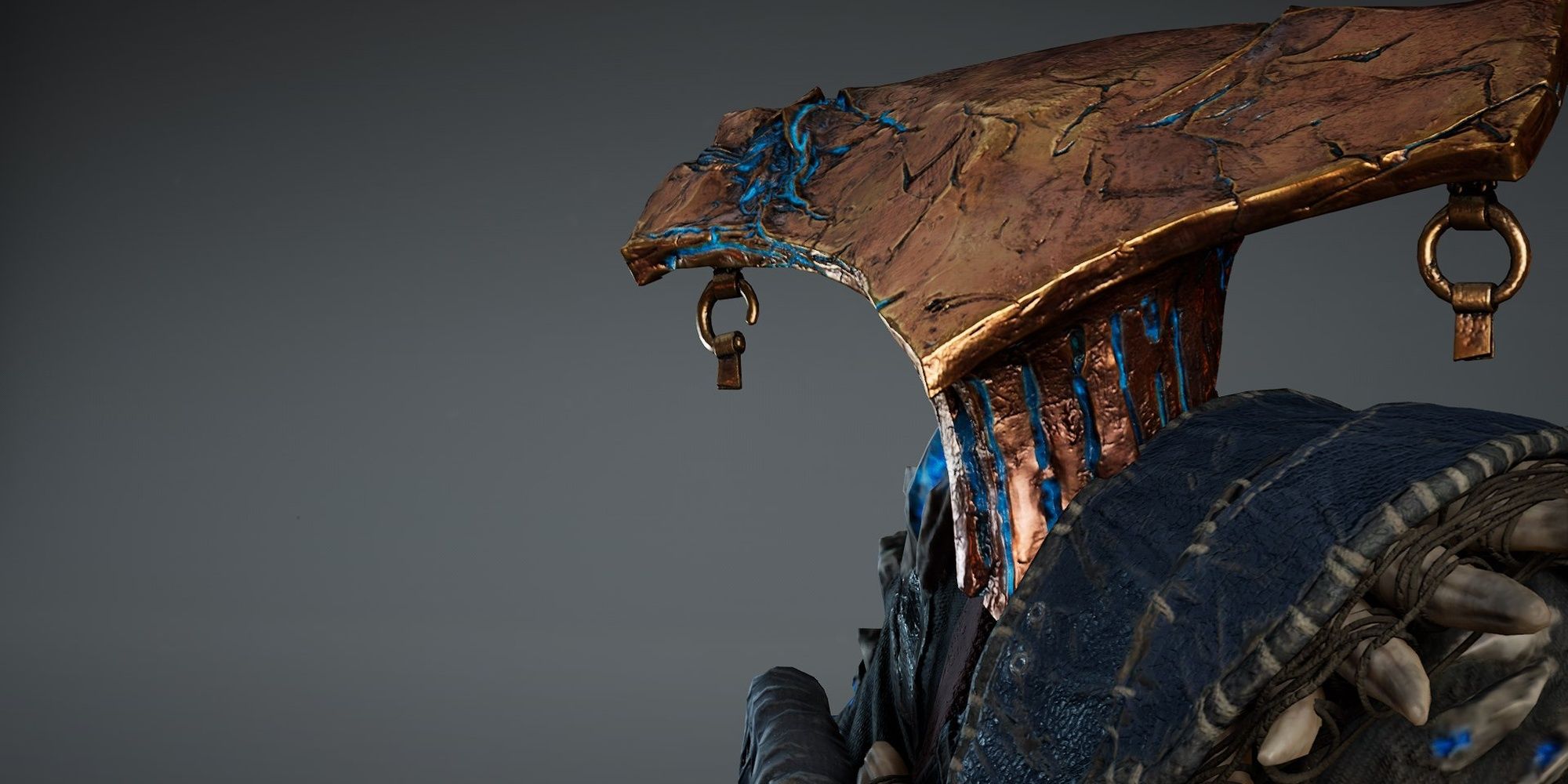 All damage received by the player becomes a damage over time effect that cannot be removed.

Upon taking any damage, you will be afflicted with a DoT effect until all damage has been dished out to your character. Taking additional damage while this debuff is active will extend its duration. For example, if an enemy hits you for 1,000 HP, you'll continuously lose a small chunk of health per second until you've taken 1,000 damage, at which point the DoT will end. Debuff cleansing does not remove this effect, and it persists outside of combat.

From limited testing, this debuff seems to be a physical damage effect and drains around 5% of your HP per second. Passive sources of health regeneration and your healing mechanic can easily counteract this debuff, making this a fantastic set for solo players looking to improve their survivability. Unfortunately, since this set's DoT can affect you outside of combat, it's tailored heavily towards Expeditions. Don't use this set in Tarya Gratar unless you're with a group. 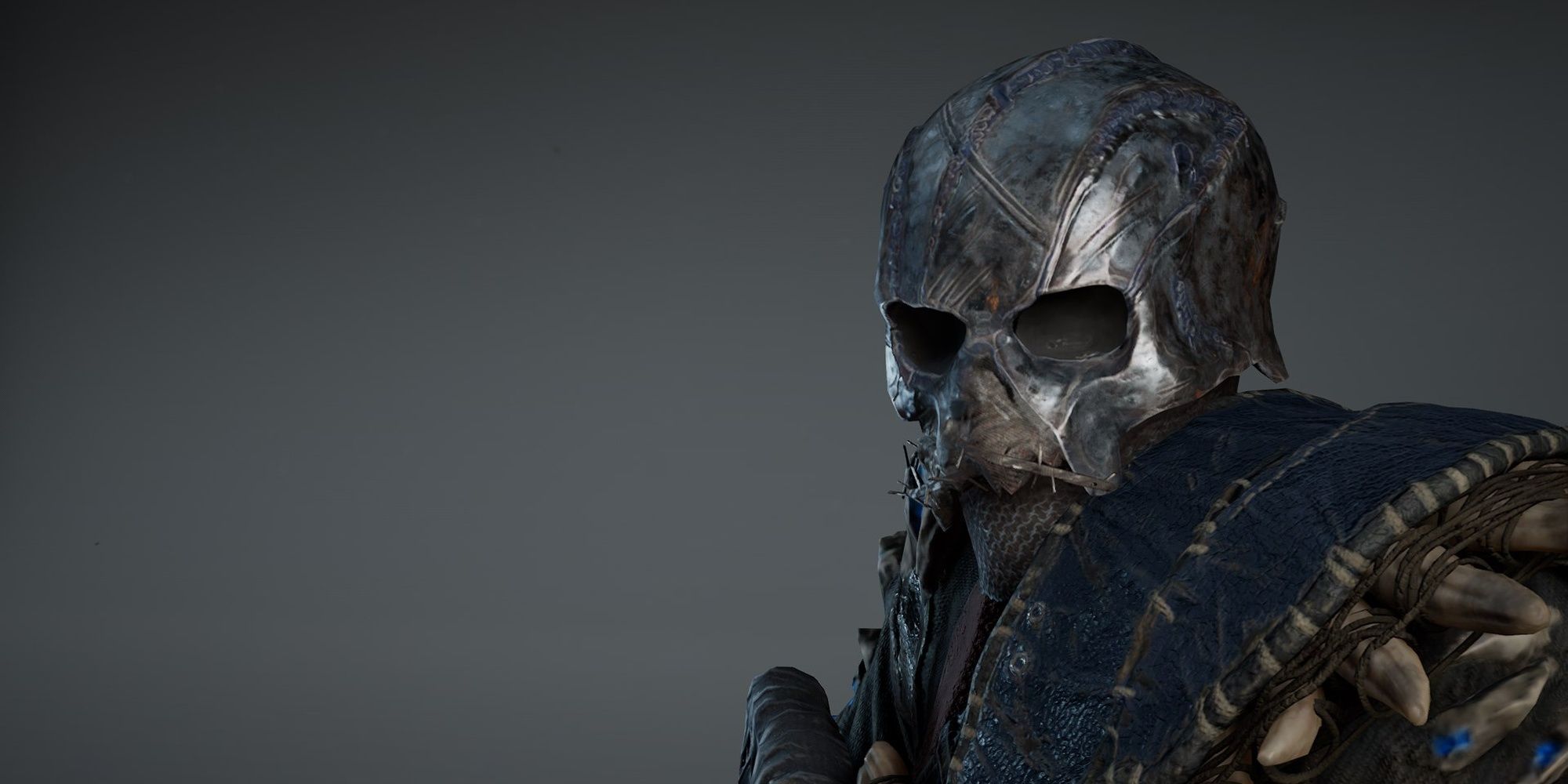 This armor set's description is quite the mouthful, so let's break it down:

A lot is happening with this set, but the gist is that it gives Assault Weapons a damage scalar that gets progressively stronger as you expend ammo. When you expend enough ammo, you light yourself on fire alongside all nearby enemies. It's quite a niche set, but it does have some potential when paired with some PAX nodes tied to the Pyromancer and Trickster. For bullet FP builds, you're better off using a class-specific set like Torturer or Trespasser. 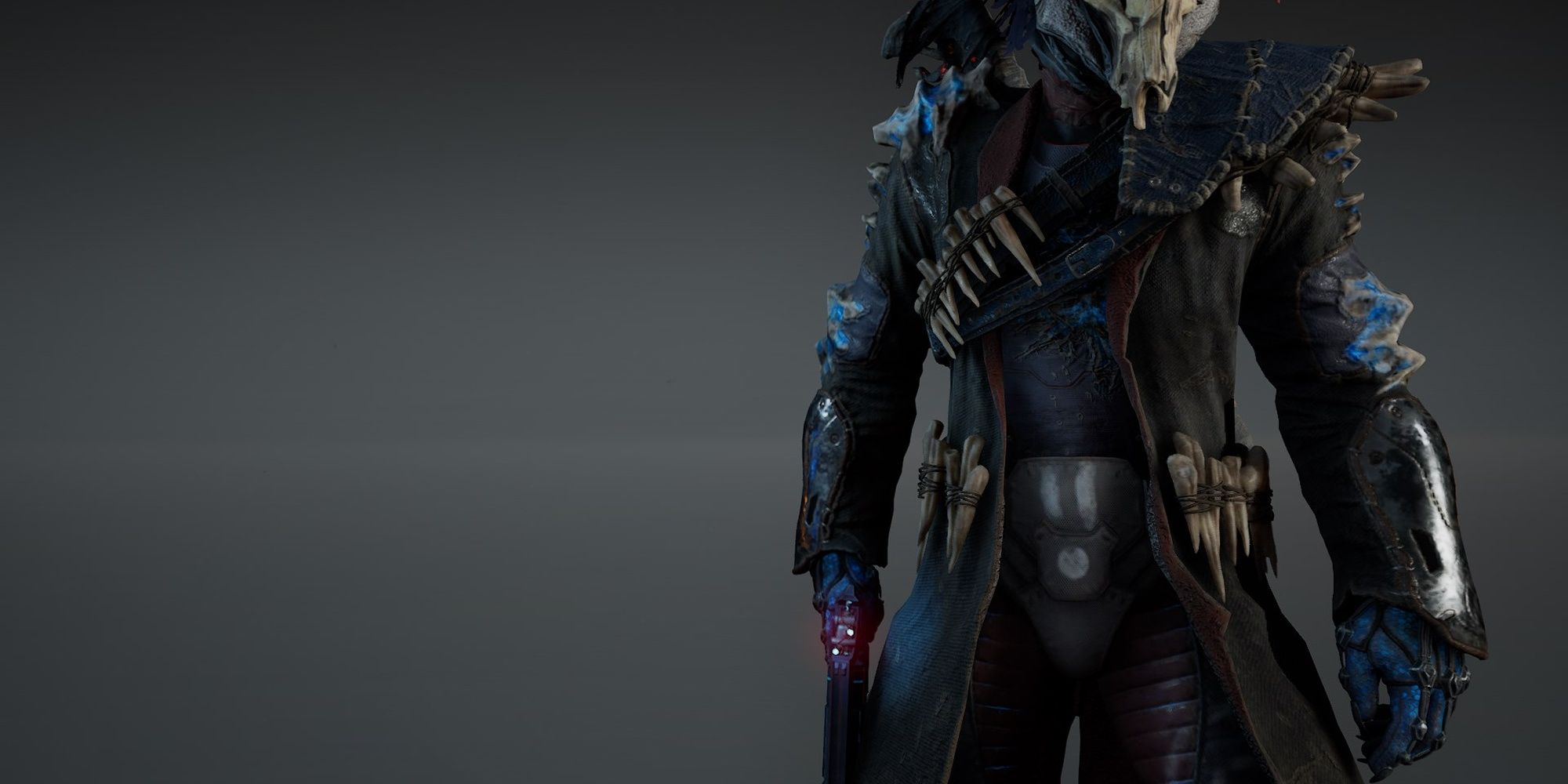 Spending 50% of total ammo in your current sidearm magazine as critical shots allows you to perform a special attack, activated through your melee skill. The attack deals X damage split up to 5 enemies within a 15-meter radius and scales with Firepower. Receive 50% damage mitigation during the attack.

Trigger Twitch is a set that turns your melee ability into an AoE slam that can damage up to five enemies at once. More importantly, your melee scales with Firepower instead of Anomaly Power, allowing FP builds to better take advantage of their melee ability. Bullet FP Tricksters and Technomancers might see some use from this set, provided they don't mind the proc condition.

Landing 50% critical shots with your sidearm is a big ask for a morphed melee ability. Embalmer's Rage can help circumvent this somewhat, but this set highly encourages you to main a sidearm or use a revolver with a low magazine capacity. The set itself has some fantastic sidearm mods, so those looking to make a sidearm build should at least farm this set to unlock its T3 mods. 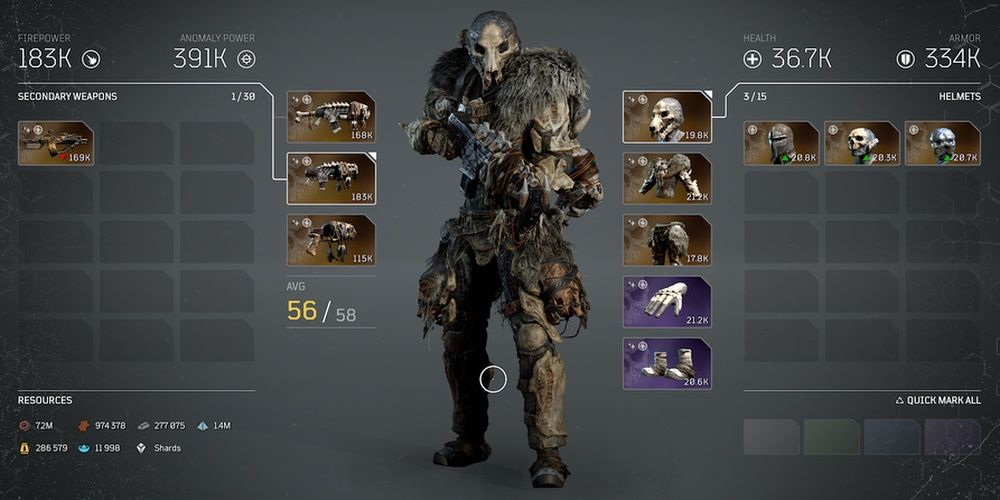 Tremor explosions that damage an enemy reduce the cooldown of your next Impale by 15%. Bonus stacks up to 60%.

Bannerlord allows you to build your Devastator into more of a supportive tank. Activating Tremor and damaging four targets will reduce the cooldown of Impale by 60%, allowing you to substantially increase that ability's uptime. Paired with support mods on your armor, you can keep your team alive through constant heals and a high amount of armor. If you're looking for a Devastator DPS set to dethrone Seismic Commander, Bannerlord will disappoint. 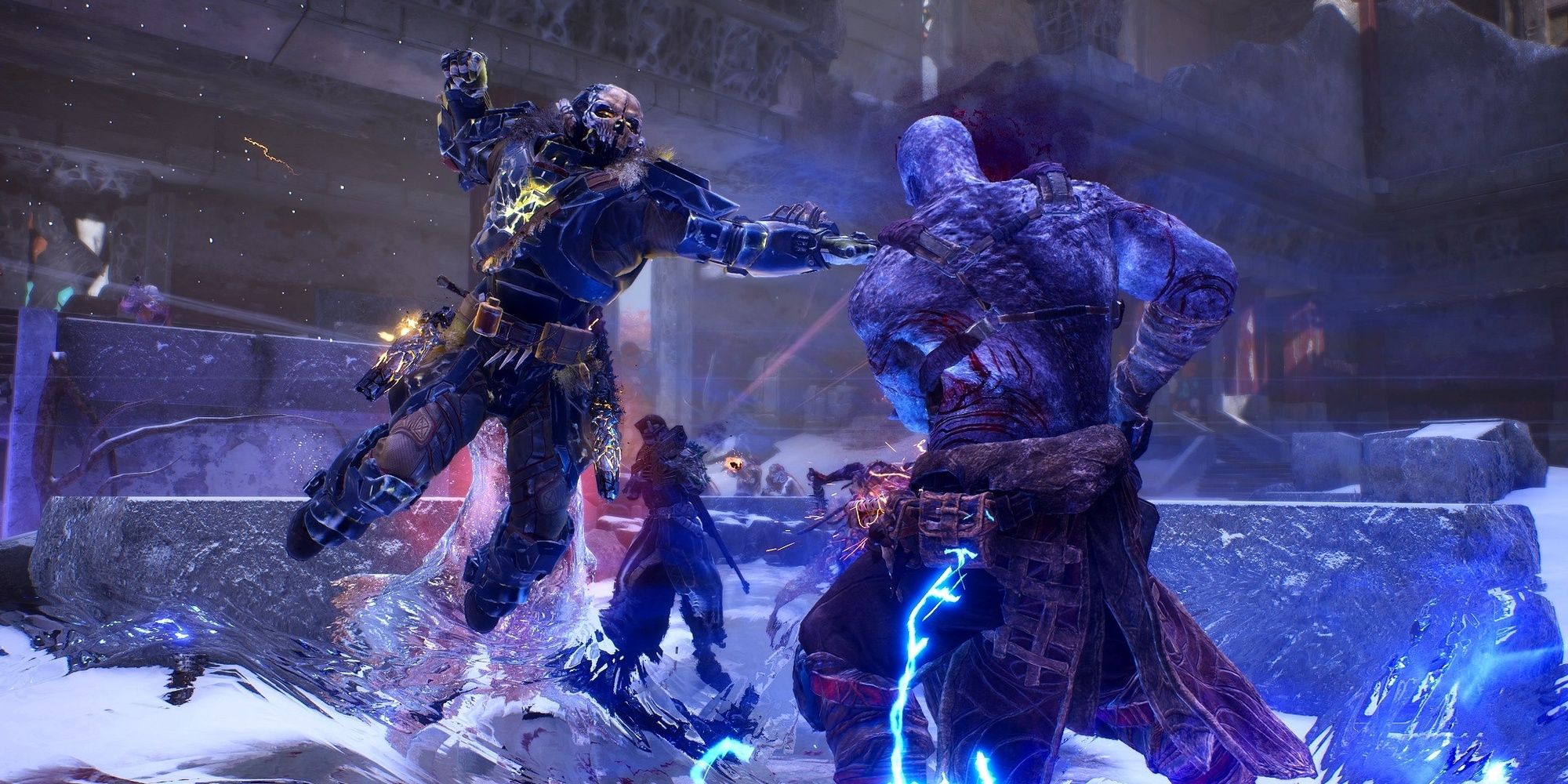 Concussioner enhances the damage of your melee by letting it scale with damage taken and your Armor rating. Since Devastators have intrinsically high Armor, this set makes your melee a solid tool for killing fodder enemies at higher Apocalypse Tiers. The real strength of this set lies in its T3 mods, allowing Golem to spawn a duplicate of yourself whenever you melee to dish out even more damage. If you've wanted to make a melee Devastator build, this set is for you. 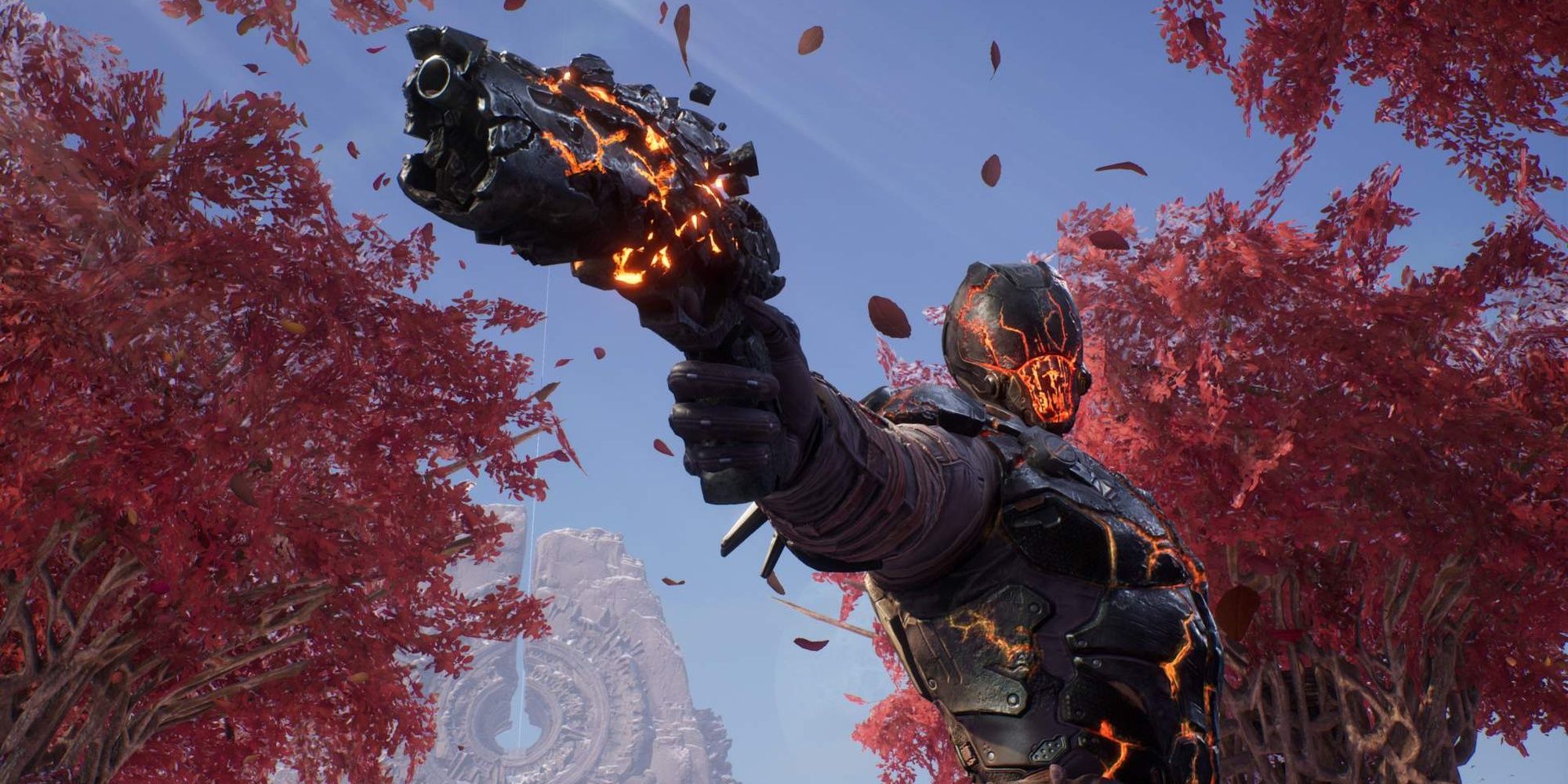 After successful detonation, Thermal Bomb travels to the target with the lowest health in a 25-meter radius. Thermal Bomb applied this way deals 50% less damage and can chain up to 3 times.

Heat Seeker is a meta contender for the Pyromancer in Worldslayer. Thermal Bomb can affect up to four targets per cast instead of just one, substantially increasing your add-clearing potential. Mods tied to this set also grant plenty of buffs to Thermal Bomb's damage and even grants Anomaly Power for killing enemies with the skill. It's great for killing adds, dishes out some absurd damage to Elites, and it can even assist you with single-target DPS. If you're tired of your current Pyromancer build, get this set as soon as possible. 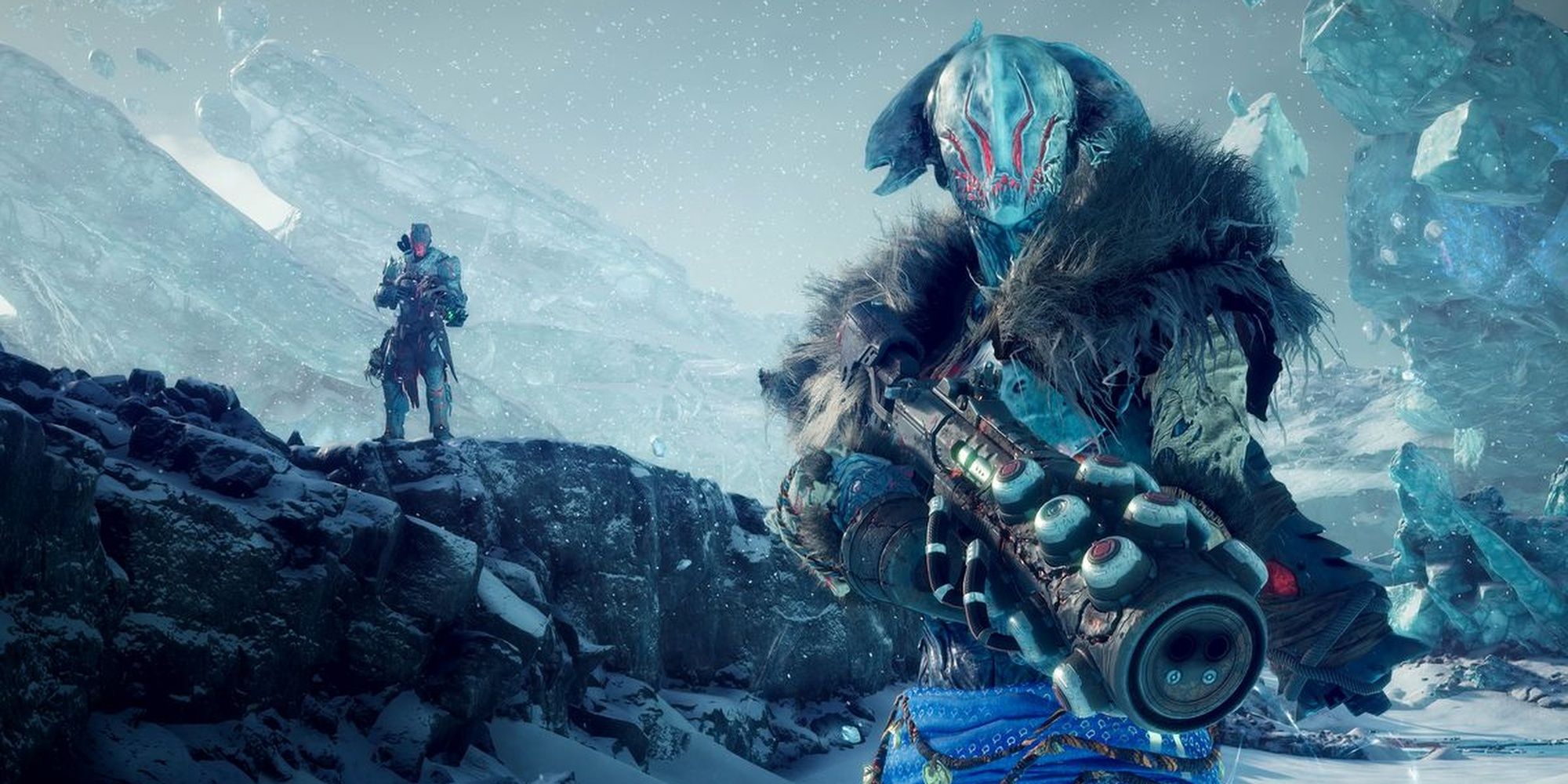 The Pyromancer melee skill fires a projectile that explodes upon impact, dealing X damage and inflicting Ash to enemies within a 5-meter radius. Damage of the projectile increases by 25% for each enemy hit with Feed the Flames, up to 100%. Bonus is spent on the next melee skill used. 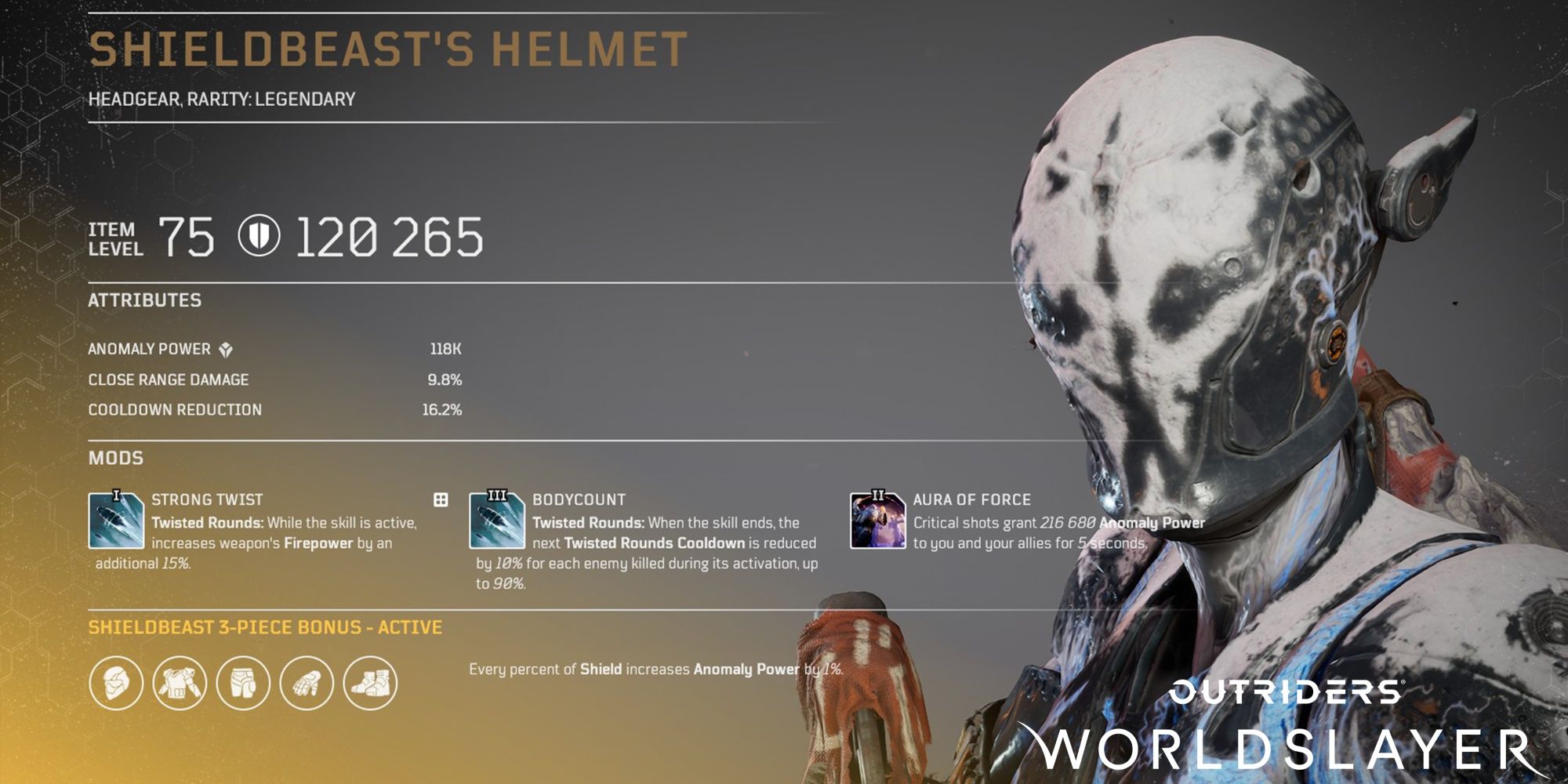 Every percent of Shield increases Anomaly Power by 1%.

Shieldbeast allows you to create an FP/AP hybrid build or double down on AP with ease. Shield is a core mechanic for Tricksters and is fairly easy to build up with the right gear. This set has a mod that allows Venator's Knife to generate shield orbs when you slay a marked target, synergizing nicely with this set bonus. Hybrid builds will get the most use out of this set. 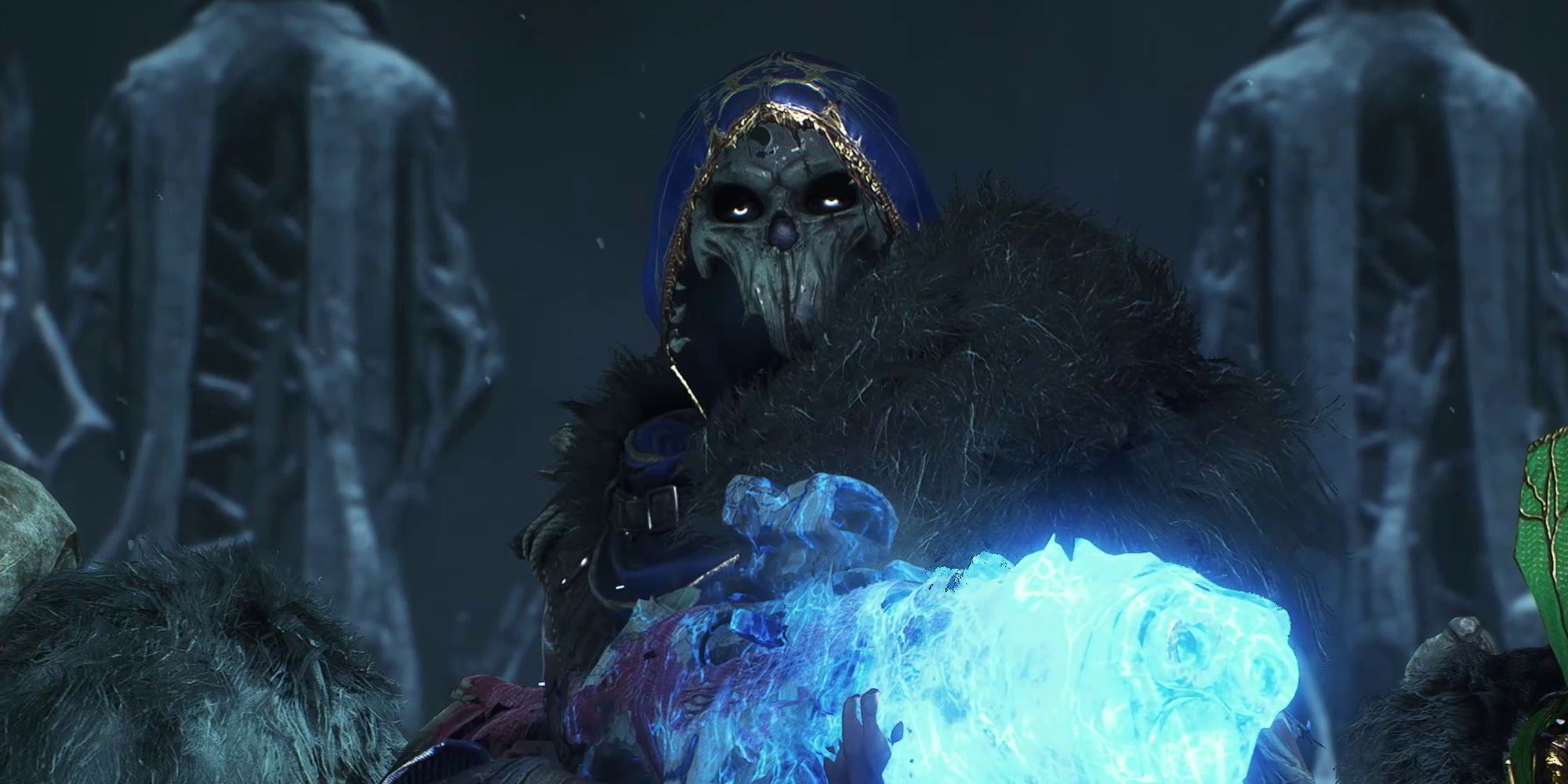 Activating movement skills, rolling, sprinting, and having Borrowed Time active during combat generates Anomaly Velocity that boosts weapon damage by up to 60% and decays over time. Additionally, your roll is replaced with Phantom Dash, allowing you to pass through enemies.

Terminal Velocity is a fantastic alternative to the Trespasser set for any Twisted Rounds build. You'll need to use Hunt the Prey and Borrowed Time for this set to work, but the payoff is more than worth it. While Borrowed Time is active, moving around and using Hunt the Prey will accumulate a damage buff for your weapon that stacks up to 60%. You also gain Phantom Dash for free. It's a simple set that gets even better with its Borrowed Time mods, one of which grants a damage bonus against Elites. 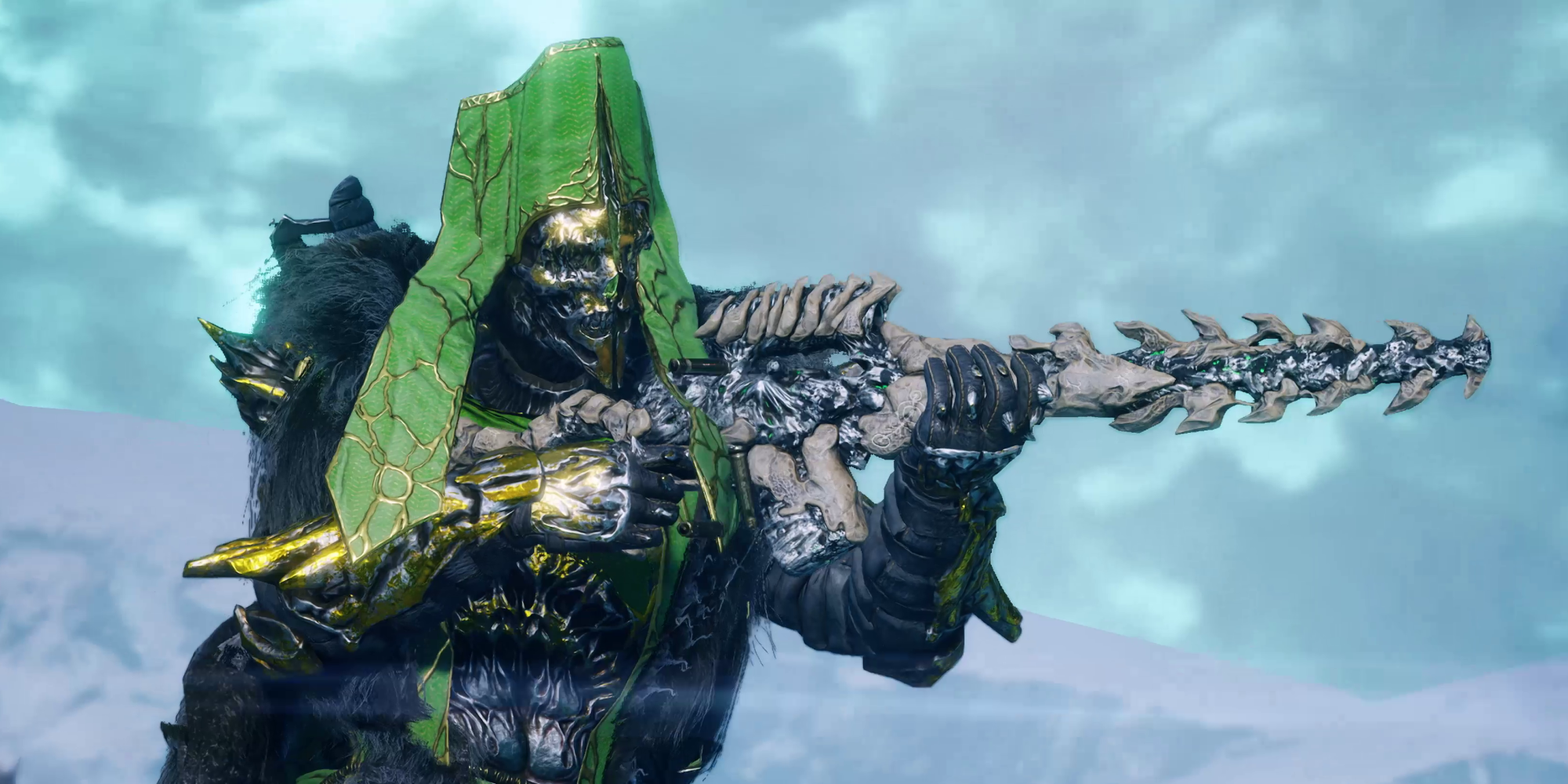 Inflicting Toxic on an enemy 3 times transforms the status into Blightfire which deals more damage over time.

Blightfire is a stronger version of Toxic that counts as its own status effect. That alone might sound underwhelming for a set bonus, yet Flame Leper has a mod that increases the damage you deal to targets suffering from this debuff. You can stack mods that increase damage against foes affected with Toxic and Blightfire, making your Blighted Rounds or Tool of Destruction minigun deal absurd damage. Pair this set with the top branch of Desolator in your PAX Tree for even more damage scaling. 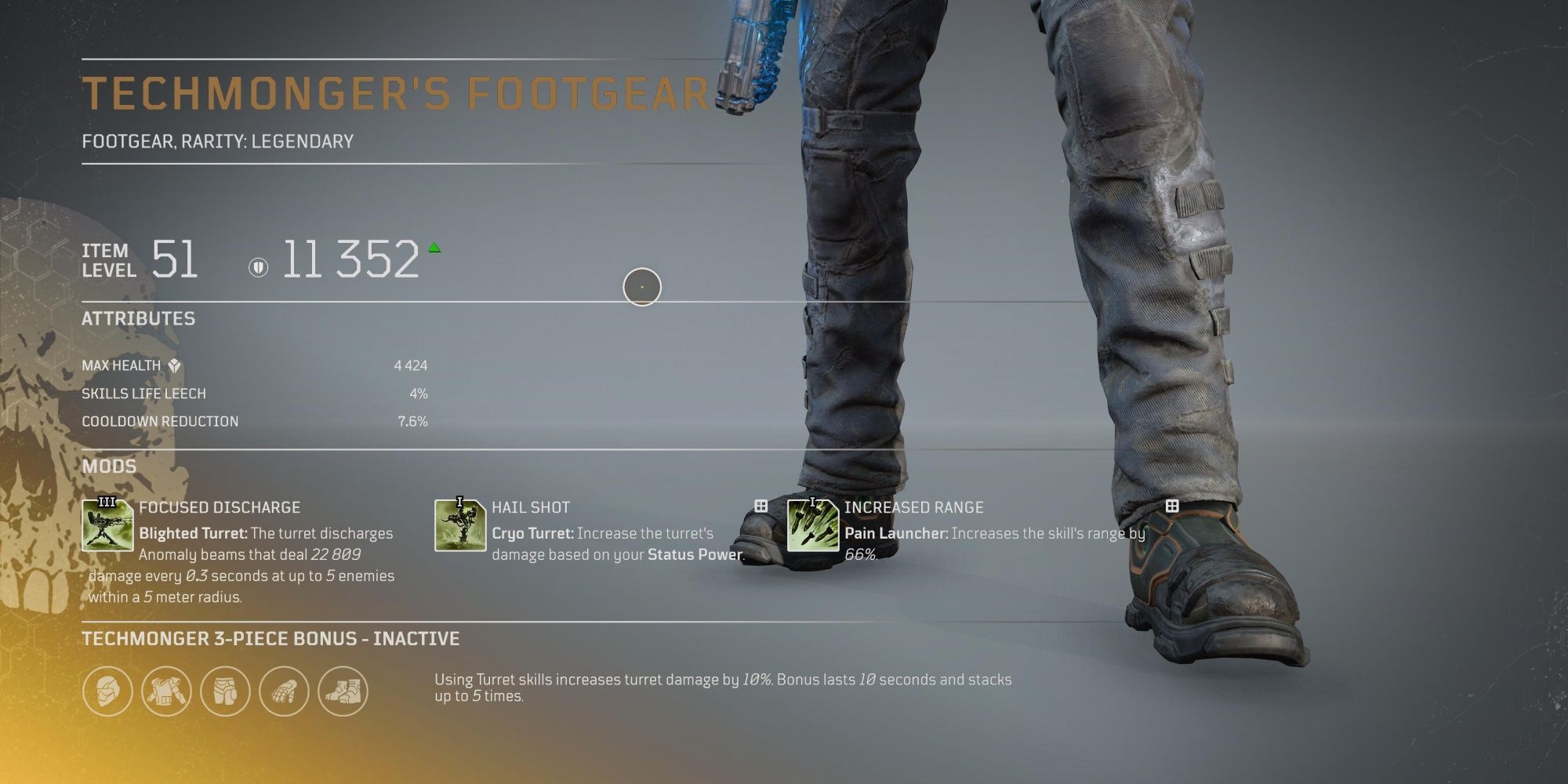 Using turret skills increases turret damage by 10%. Bonus lasts for 10 seconds and stacks up to 5 times.

Technomonger allows you to make a build centered around Blighted and Cryo Turret. Use Hail Shot to make your Cryo Turret scale off status power, get as much status power as possible, then ramp up this set bonus to deal some solid damage against Elites and bosses. With the right build, this set has some great DPS potential.