Opera is introducing a handful of new features to its desktop app, ones designed to bring order to your browser tab chaos.

With Opera 67 rolling out today, the Norwegian company is introducing a new feature called workspaces which allows users to group their multitude of active tabs into categories — this could prove particularly useful for people who use the same PC for work and personal browsing. The feature has been available for a few months already in a beta version of the Opera desktop app, and it’s also worth noting that this follows a similar feature that has been tested in experimental versions of Google Chrome for at least a year. If nothing else, this shows there is demand for better organized web browsers.

“Everybody wants their environment to be more tidy, ideally without having to clean,” noted Opera product director Joanna Czajka. “Workspaces let you get organized from the first moment you use them, without you having to learn how to use a new tool.”

Workspaces will likely appeal to anyone who has dozens of tabs open in their browser, spanning work emails, social networks, ecommerce sites, video-streaming, gaming, travel, and all the rest. Users can create up to five groups, and assign a unique name and icon to distinguish each category at a glance.

Above: Customizing “workspaces” for tab-grouping in Opera

The active workspace is highlighted in blue, and users simply click on a different icon in the sidebar to switch to another group.

Above: Switching between workspaces in Opera

To allocate a tab to a specific workspace, the user right-clicks the tab in question and scrolls to the “Move tab to workspace” option, where they’ll see all the available groups. This is pretty much exactly how the tab-grouping feature works in Google’s experimental version of Chrome.

Above: Opera: Assigning a tab to a difference workspace

Other notable new facets of Opera 67 include a feature that highlights duplicate tabs — the user hovers their mouse cursor over a tab, and if there are any other tabs open with the same URL, the Opera browser will highlight each of them. Basically, this is all about making it easier to spot redundant tabs and bring further order to the madness. 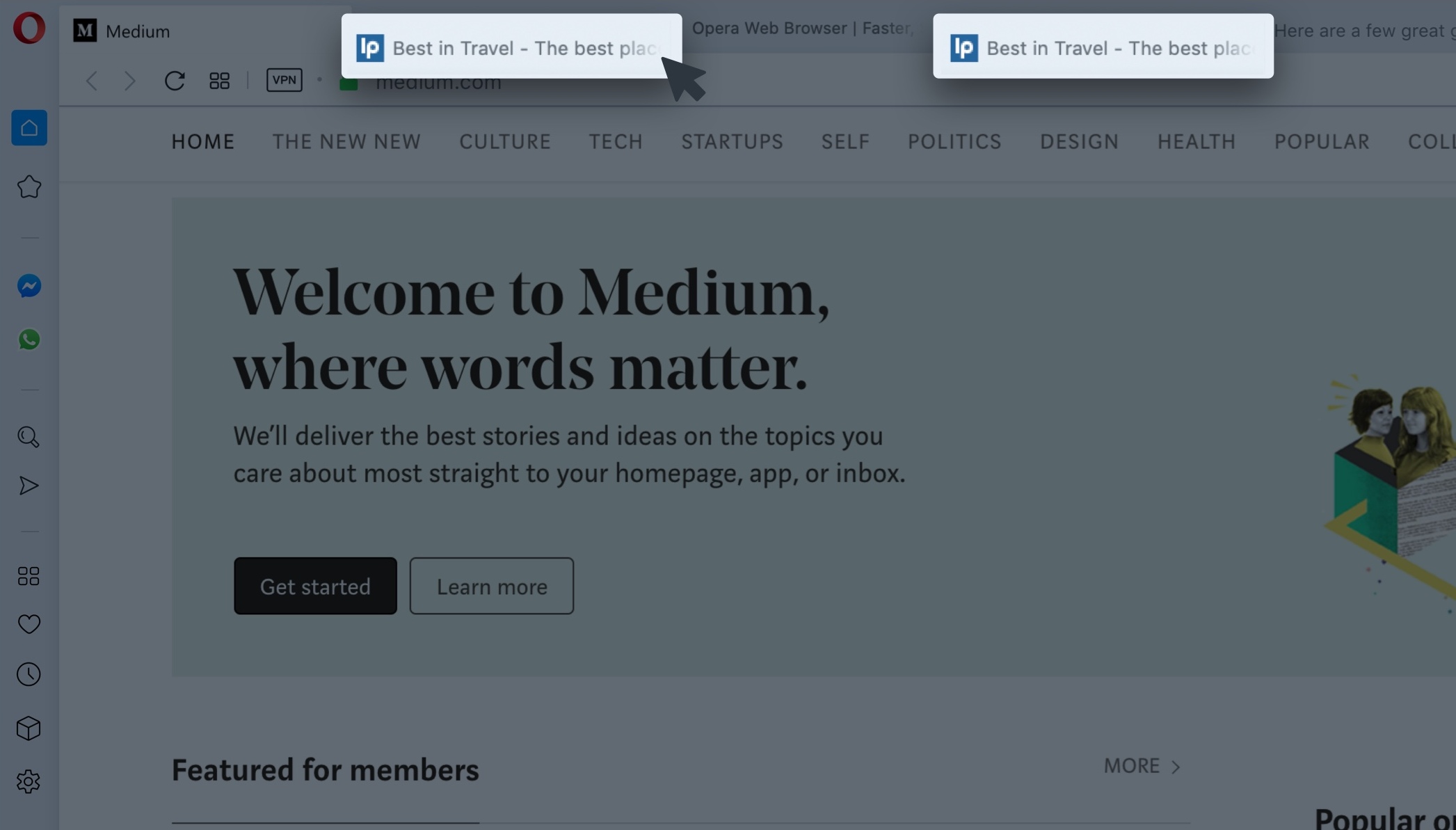 Finally, Opera 67 also now sports a new feature that lets users cycle through tabs visually using the Ctrl+Tab key combination, which makes it easier to switch tabs without having to manually click on each one — a little thumbnail reveals what page is on each tab. 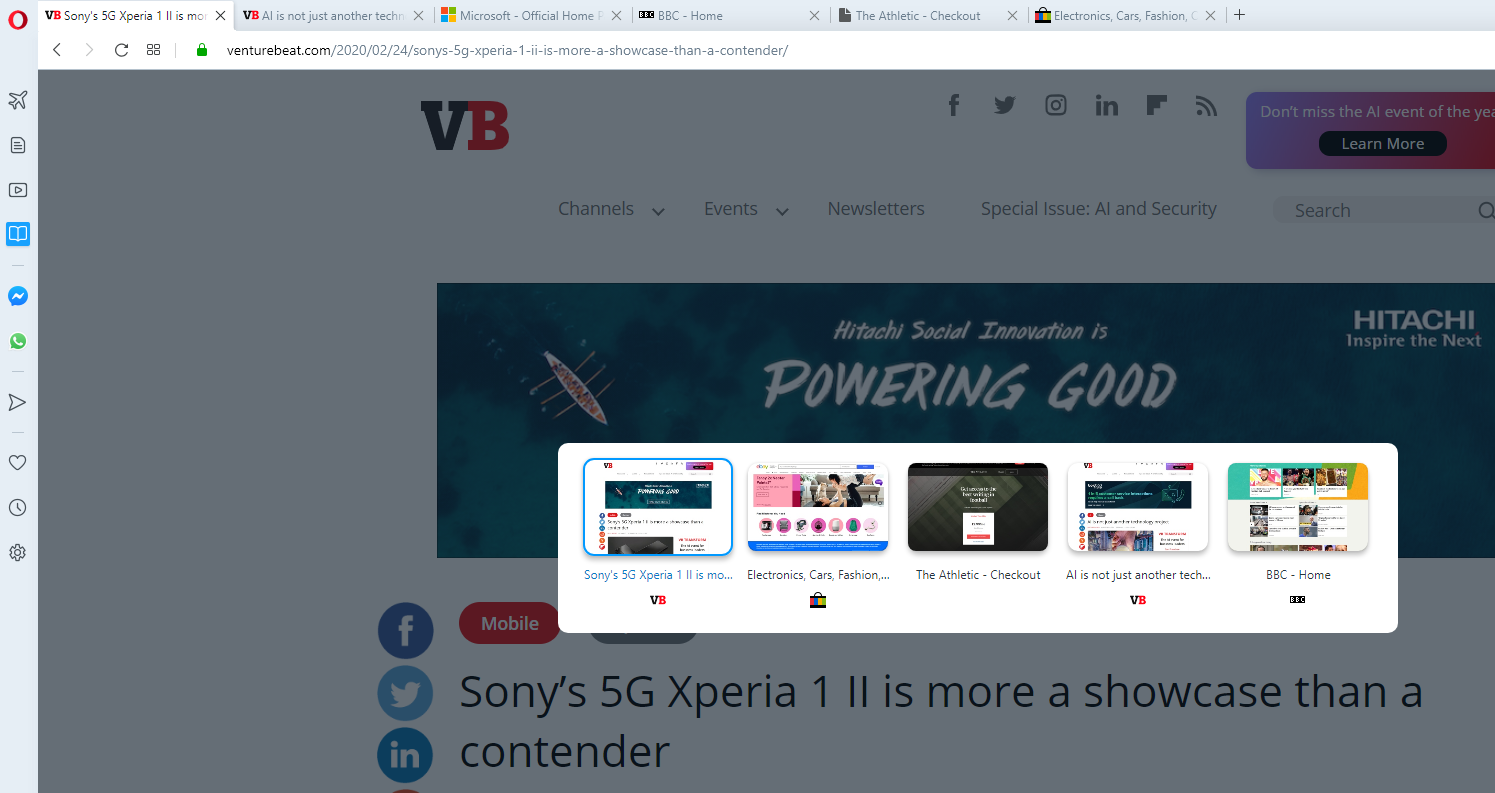 Founded in 1995, Opera is one of the better-known “alternative” cross-platform browsers out there, and although today its market share languishes behind the likes of Chrome, it still claims some 68 million users on Windows desktop alone — Opera said that it grew its PC user base by around 17% between 2018 and 2019. Across all platforms, Opera said that it is used by some 350 million people globally.