If it wasn’t already evident from all of the positive reception it has received, Xbox Game Pass is an absolutely killer deal that is looking to get even better this month. Since many will be dropping $500 on a brand new Xbox Series X this week, Microsoft is bringing the big guns when it comes to new additions to Game Pass’ catalog. The obvious headliner is the addition of EA Play for console gamers, but even the one-off titles are all damn good.

There are far too many games on EA’s service to list off, but the biggest one has to be Star Wars Jedi: Fallen Order. One of the highest-rated Star Wars games of the last 10 years, getting the chance to play it for a measly $1 is a ridiculous steal. That you can then transition over to Star Wars: Battlefront 2 for one small fee is just awesome.

As for games that don’t fall under EA, the most notable game coming to Game Pass this week is Gears Tactics for Xbox One. Released earlier in the year on PC (which is also available via Game Pass), Game Pass is a safe way to see if the transition from keyboard and mouse to gamepad has worked in Tactics’ favor. 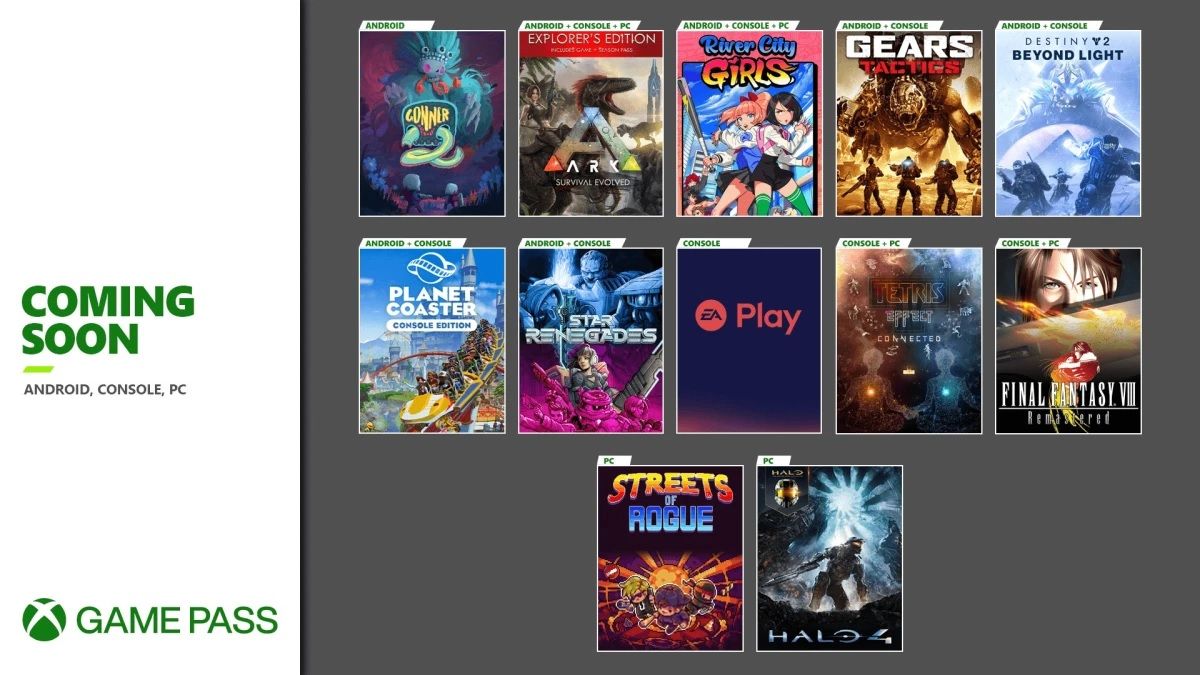 I could keep going, but November is just stacked to the brim with excellent games to play. That most of them are also available on PC shows Microsoft’s dedication to creating parity between both of its subscription tiers. Here’s when you’ll be able to download and play each of the games added this month.

Game Pass is growing a lot next month, but it will be losing a few games to make way for such great additions. This time, only four titles will make their departure on November 16.