Home » News » No More Heroes 3: How To Beat Native Dancer

No More Heroes 3: How To Beat Native Dancer

Native Dancer is the third boss you will face in No More Heroes 3. He makes his first appearance in the third episode titled "Memory." Native Dancer will fight and defeat Black Knight Direction, after which you will see a chase sequence around the town. Once you have learned the Death Glove skills, you will face the boss in the Thunderdome.

The fight between Native Dancer is relatively easy as, by the time you reach this fight, you are already familiarized with the gameplay. Also, it's worth mentioning that Native Dancer himself is not an official Ranking Member of the Galactic Superheros.

Here are all the tips and tricks you need to know about the fight Native Dancer.

Native Dancer's Battle And Its Rewards 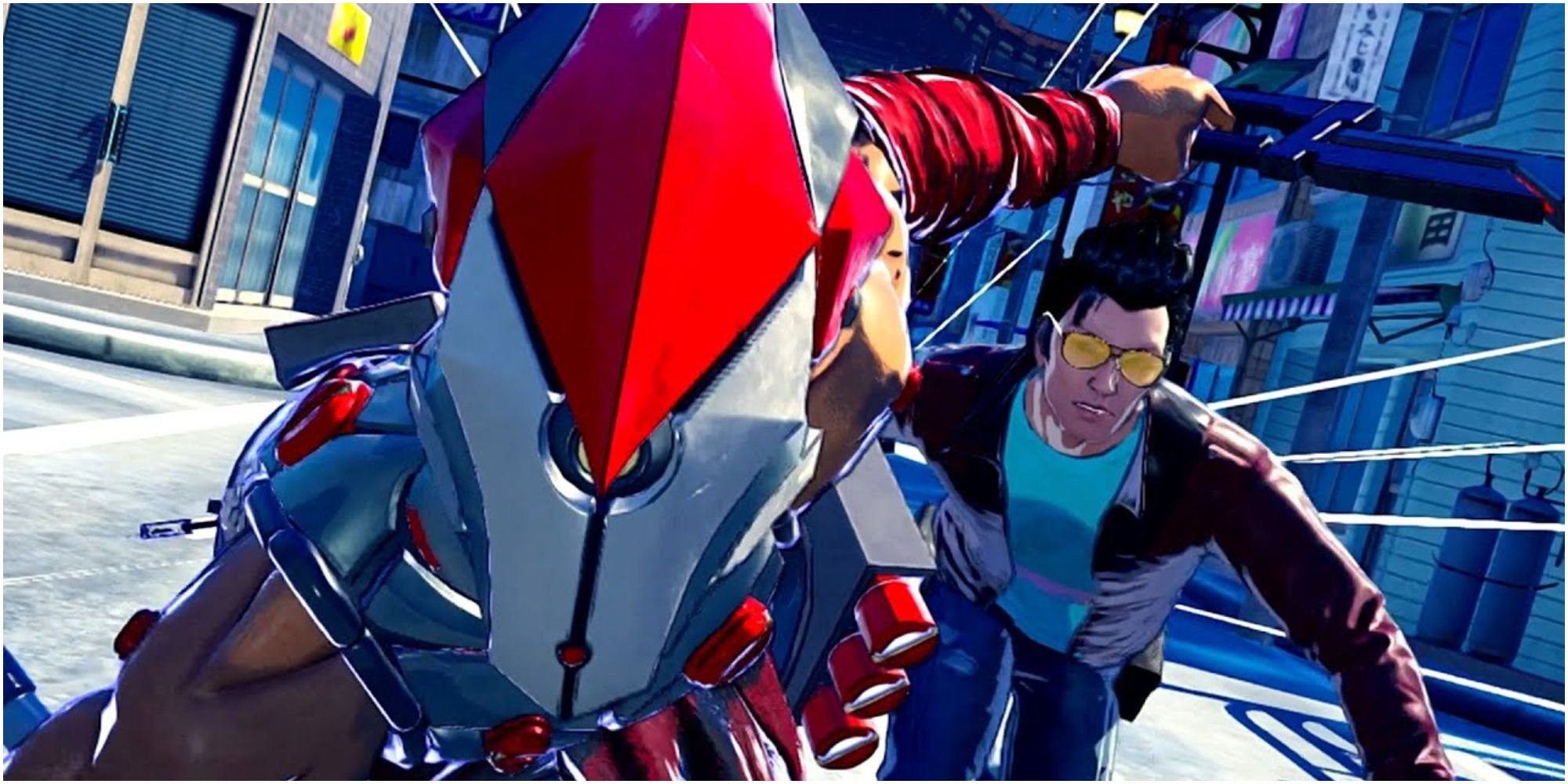 After the incident with Black Knight Direction, you will need to chase Native Dancer. As you try to chase him through the town, the game will give you the Death Slow, Death Rain, and Death Force skills. Defeating Native Dancer will reward you with the Ninja Armor Kevlar (Rare). If you beat him in the Time Machine on the Death Difficulty, you will get the Nightreaper Blade (Super Rare). 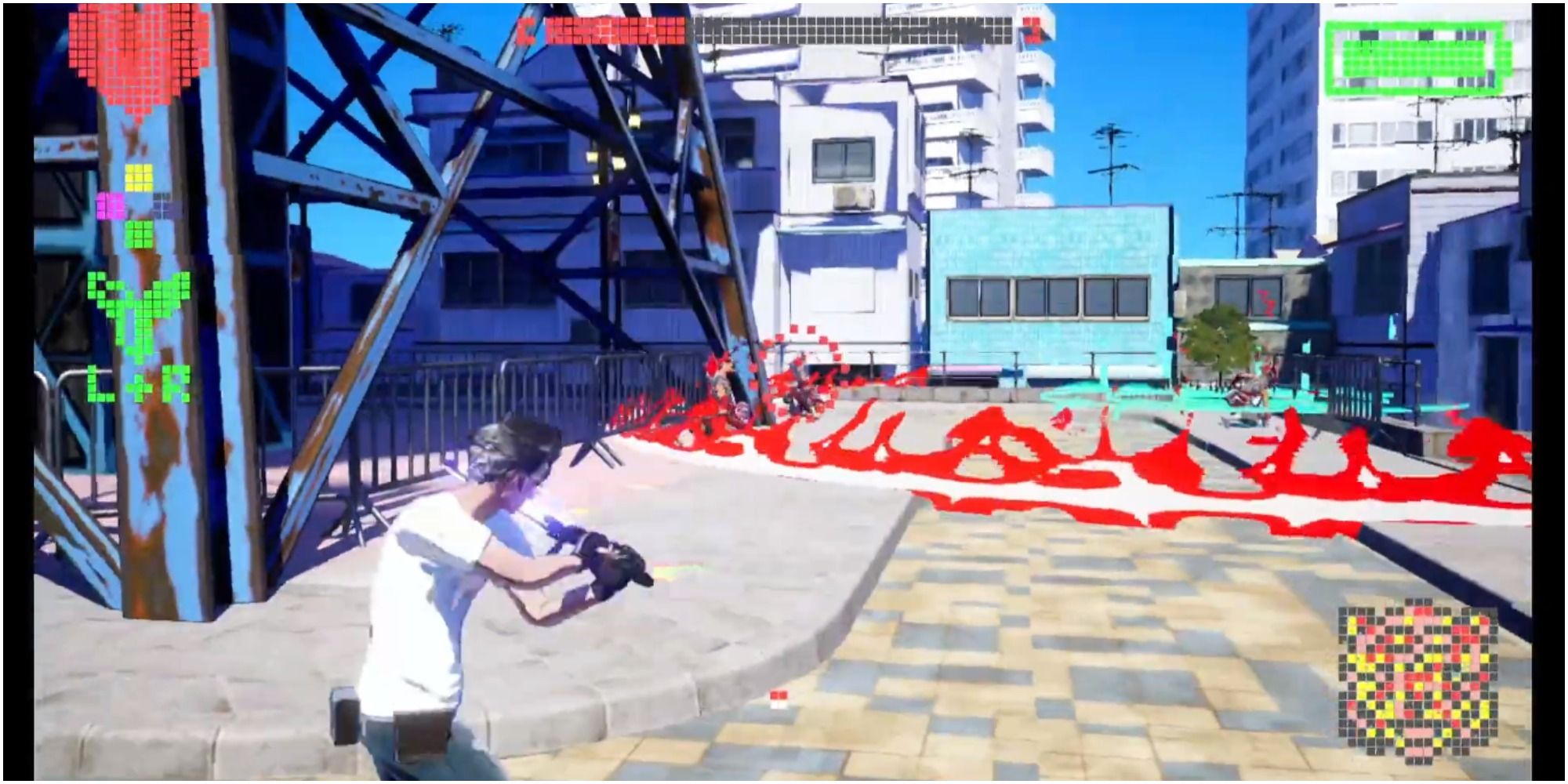 This boss fight is quite unique as Native Dancer has a lot of different abilities you will need to look out for. Below are all the abilities that the enemy will use in the yellow and red phase of the fight:

How To Beat Native Dancer 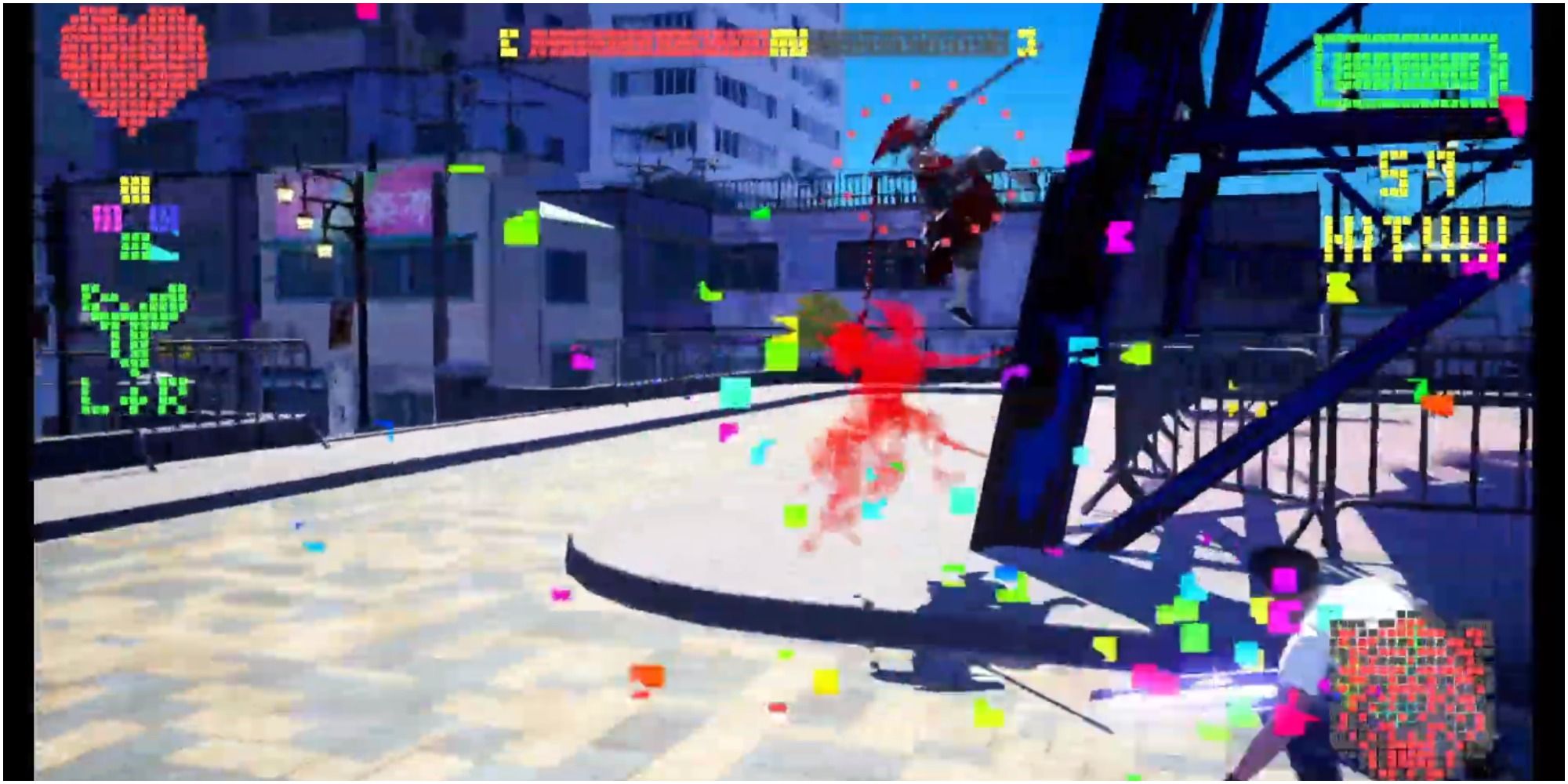 There are two phases in the fight with Native Dancer. In the first phase, the boss will come at Travis with his fast-paced sword attacks. He will alternate between the Basic Combo and Sword Slash. For the Basic Combo attack, you can either block it or dodge all the attacks. However, you need to remember that taking the finisher hit will cause Travis to be knocked down. On the other hand, the Sword Slash attack can not be blocked so dodging that is the only option.

From time to time, Native Dancer will also use Blast Judgement. You need to dodge this ability whenever you hear the boss call it out or see his charging animation.

The boss's Leap of Wall is also an ability to look out for. This does not do much damage and can easily be dodged. However, in the red health phase, Native Dancer will slam the ground, causing a shockwave. You can either jump or go far back so that the range of the shockwave ceases.

Using the Death Glove Skills is extremely useful. Death Force can stop him from doing his Leap of Wall, and Death Slow is useful in countering his aggressive close combat. 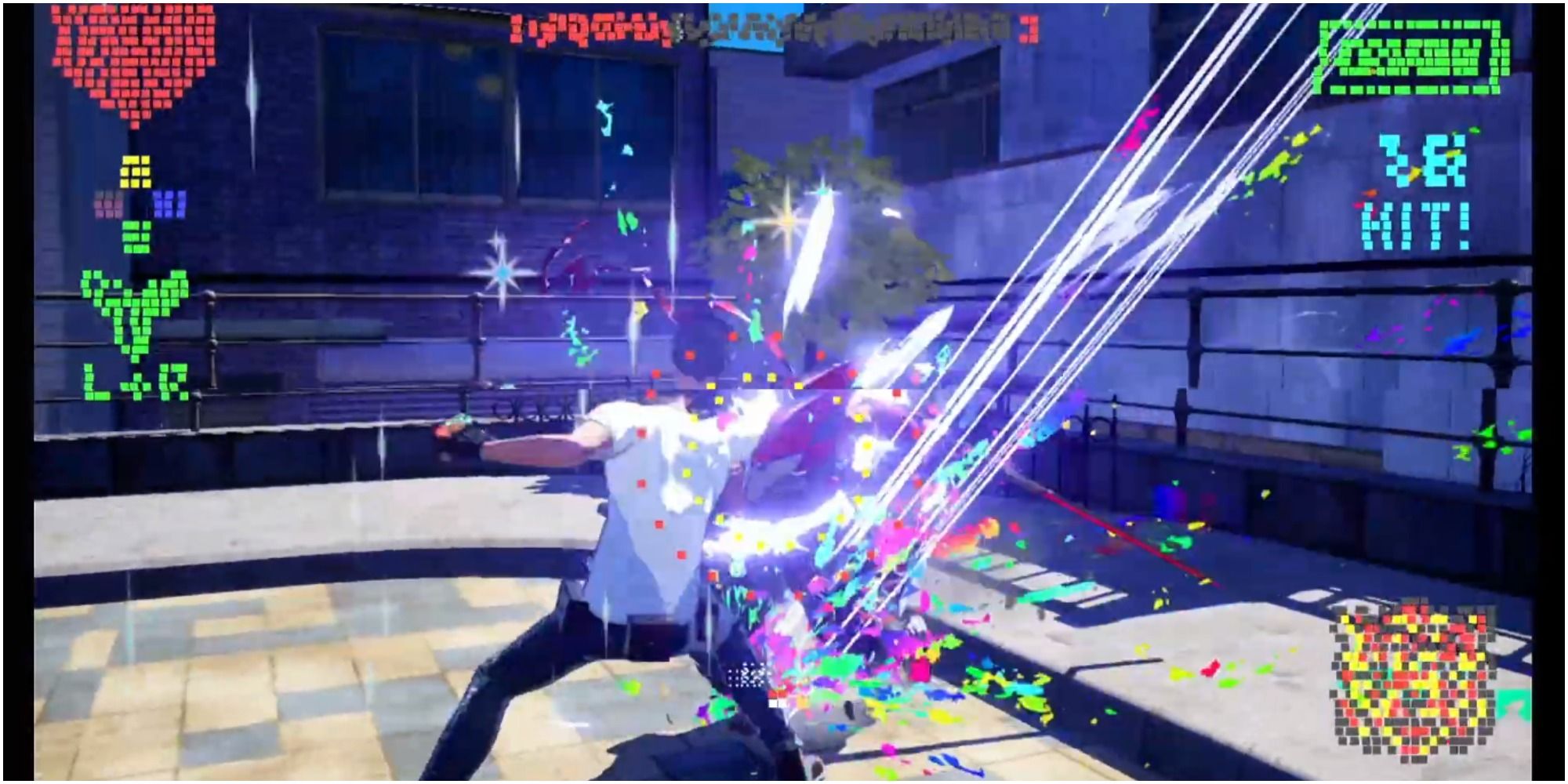 Staying close is recommended as you can shower him with combos while abusing your Death Slow skill. Once the boss is stunned, you can use your Wrestling Move to do severe damage. Native Dancer uses Electric Dart once in a while. After seeing the animation, you need to jump back, allowing you to stay away from the electricity explosion.

In his second phase, the boss will use Nightreaper Mode, spawning three clones of himself. It would be best to take a few of them out, so you do not get surrounded. The Electric Dart ability in the red phase is also changed, and the boss throws three darts, making the fight more hectic. Use the same strategies as before and you will be done without much problem.