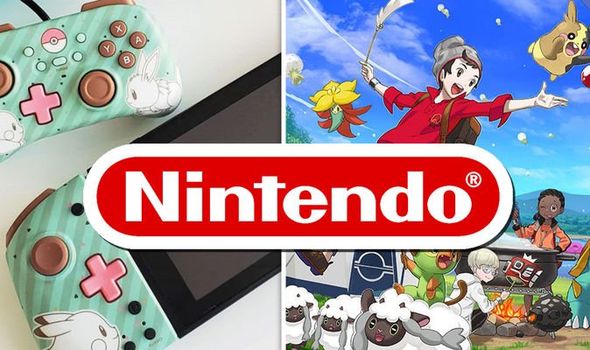 Nintendo Switch fans are about to be treated to a new wave of Pokemon accessories.

These controllers replace the regular Nintendo Switch Joy-Cons in handheld mode. They’re much bigger than the regular Joy-Cons, featuring superior analogue sticks and a traditional d-pad.

I’ve got the Daemon X Machina Edition of the Split Pad Pro, and find them useful for first and third-person shooters, as well as classic 2D shoot-em-ups.

That’s on top of two Pokemon-themed mini wired controllers for the Nintendo Switch.

The new Hori accessories will be available later this year, shortly after the release of the second major Pokemon Sword and Shield expansion, titled Crown Tundra.

The upcoming Sword and Shield DLC has been given an October 22 release date on Nintendo Switch.

Furthermore, Pokemon Sword and Shield game and DLC complete editions will be released on November 6.

“Lead an expedition in the snow-swept realm of the Crown Tundra and unravel the mystery of the Legendary Pokemon Calyrex who once ruled over it,” reads the official description.

“Through a new form of co-op play, your voyage will even allow you to explore deep within Pokemon Dens, which you could only previously get a glimpse of during Max Raid Battles.

“You may even see Legendary Pokemon from past games Dynamaxing before your eyes, and you’ll be able to catch them!”

Crown Tundra follows on from the Isle of Armor DLC, which takes place in a location made up of beaches, bogs, forests, caves and dunes.

“Take up an apprenticeship under the former Galar Champion, Mustard, who’s also the mentor of Champion Leon!” Nintendo explains.

“You’ll also be able to Gigantamax the final Evolution of the partner Pokemon you chose to start your journey with. Look forward to discovering Rillaboom, Cinderace or Inteleon in their new form, and a new G-Max Move to boot!”