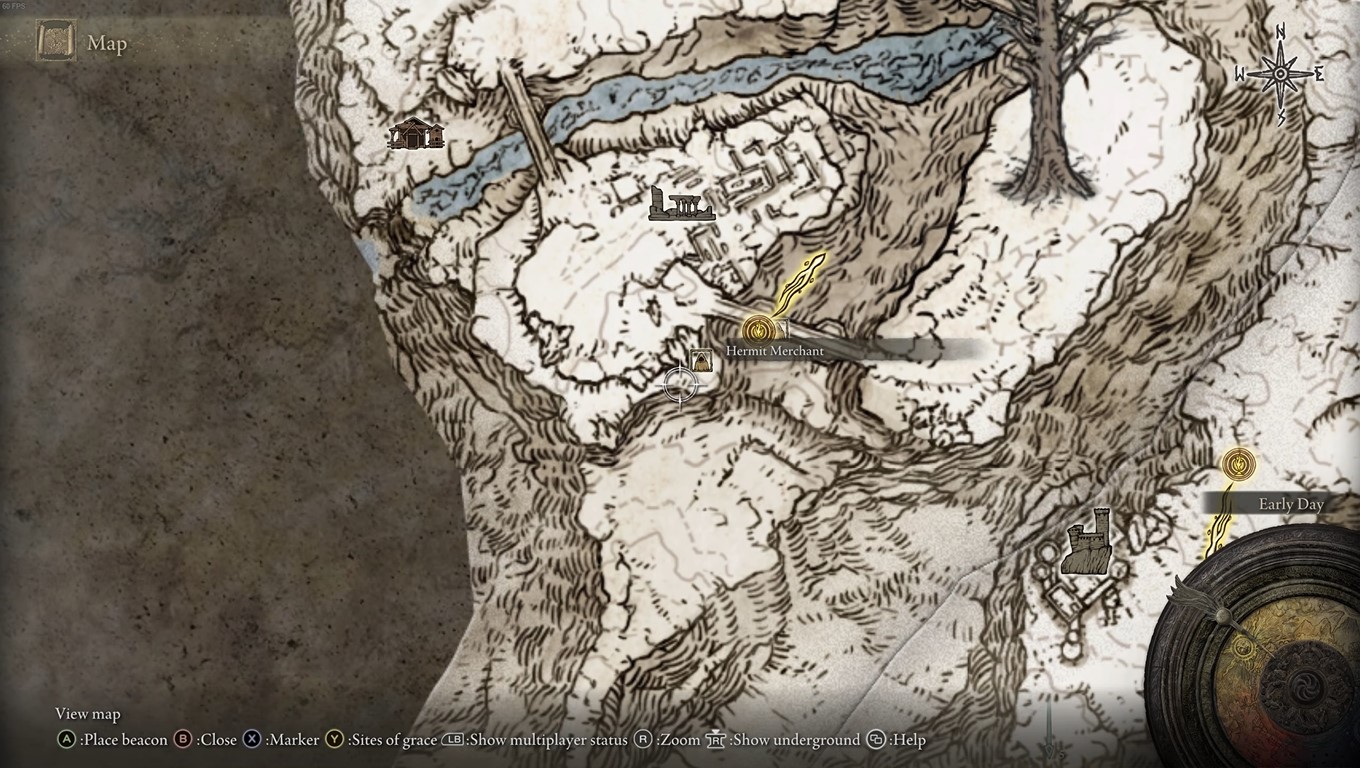 The biggest update since launch as added a welcome new feature and new side quests to Elden Ring, as fans discover a secret pair of undies.

As welcome as the news is, it’s still hard to believe that Elden Ring has been such a massive success it’s not only going to go down as one of the best reviewed games of the generation but one of the best-selling too.

It’s surprising because, while a little more accessible than Dark Souls, it’s still an extremely difficult and uncompromising game. It has none of the hand-holding you might expect from other modern titles and that includes things like keeping track of side quests, which one fan made his own app to help with.

However, the game itself will now help to degree, as a new update has added non-player characters to the map, including merchants – so you no longer have to mark them manually and just try and remember which one is which.

By the standards of developer FromSoftware that’s a big concession, as while noting where merchants was is easy enough, using the built-in markers, it didn’t really help with other characters, as there’s no way to name the markers.

What’s also changed with the new update is that a number of characters have got new quests, including Kenneth Haight, Gatekeeper Gostoc, Diallos, and Nepheli Loux. There’s also a brand new character named Jar-Bairn.

Many fans noted that some side quests in the game appeared unfinished or impossible to complete at launch and it’s likely these new ones were actually intended to be there from the start and just couldn’t quite be finished in time.

Hackers on the PC version have unearthed the unsanitary sounding Deathbed Smalls, which are believed to be related to the Deathbed Dress that is in the game officially.

As you might guess, if you’ve met her, both belong to hug-friendly weirdo Fia at the Roundtable Hold (PSA: we didn’t realise this at first but her hugs give you a small curse, that lowers your Vigor by one point, but it can be regained by using one of her Baldachin’s Blessing items).

Since they’re basically sexy lingerie it seems likely that FromSoftware simply thought better of including the Deathbed Smalls as a standard part of the game, and they’re unlikely to have any greater significance.

The mysterious colosseum though does seem likely to be a hint of future DLC centring around PvP multiplayer.