Neon White's episode (titled "Rebirth") is the game's tutorial section. However, despite it existing primarily to teach you the ins and outs of the controls and the soul card system, the ten levels on offer are all genuine stages. This means that they have all the same secrets and goodies hidden inside as the other stages found in Neon White.

And, of course, the goodies in question here are the gifts. Throughout the game, you will have a number of opportunities to interact with different party members. During these interactions, you will be able to give them gifts. Doing so will unlock cutscenes and even bonus stages. While some gifts are pretty easy to obtain, others can take a reasonable amount of planning. This guide is here to take the guessing out of the equation.

Keep in mind that you are not able to obtain a gift until you have cleared the stage one time. 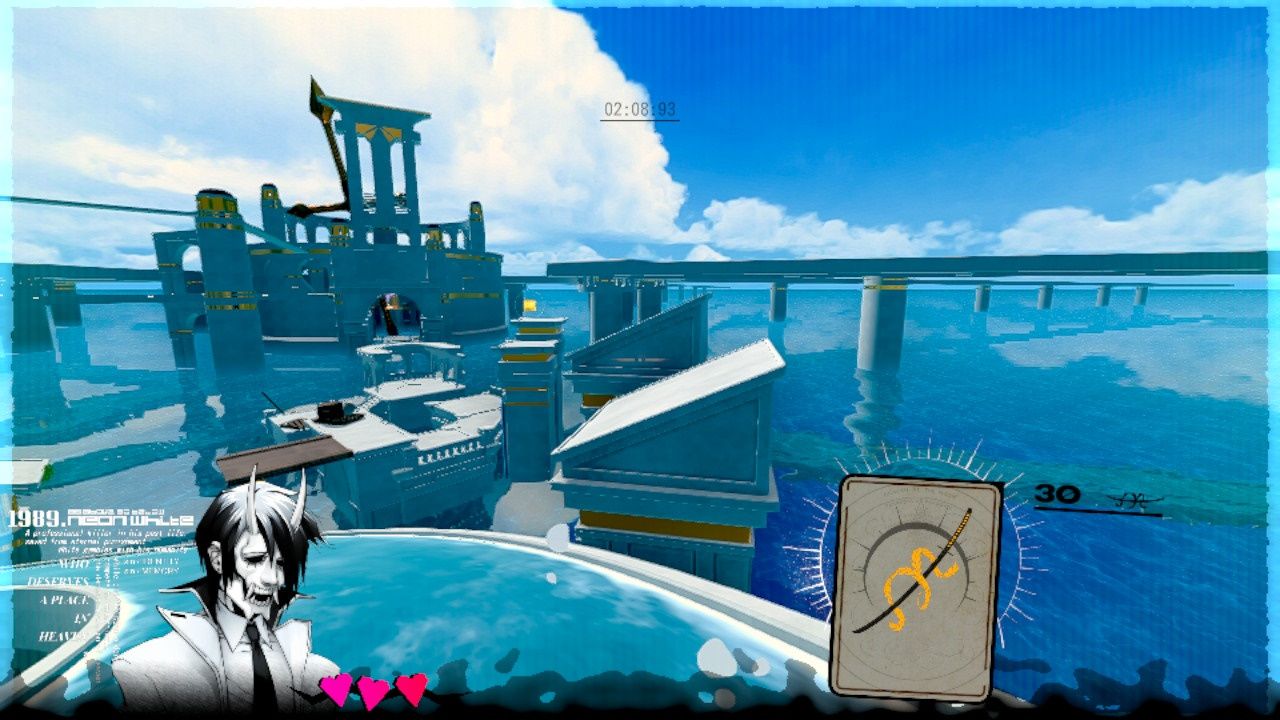 Start by playing through the level as you would normally. Until, that is, you get to the river loop at the end of the stage. Instead of heading toward the stage's exit, travel on the loop until you see some buildings short enough that you can jump on them. The gift should be in clear view: resting on one of these rooftops. Hop from roof to roof, and you will acquire the Six Pack. 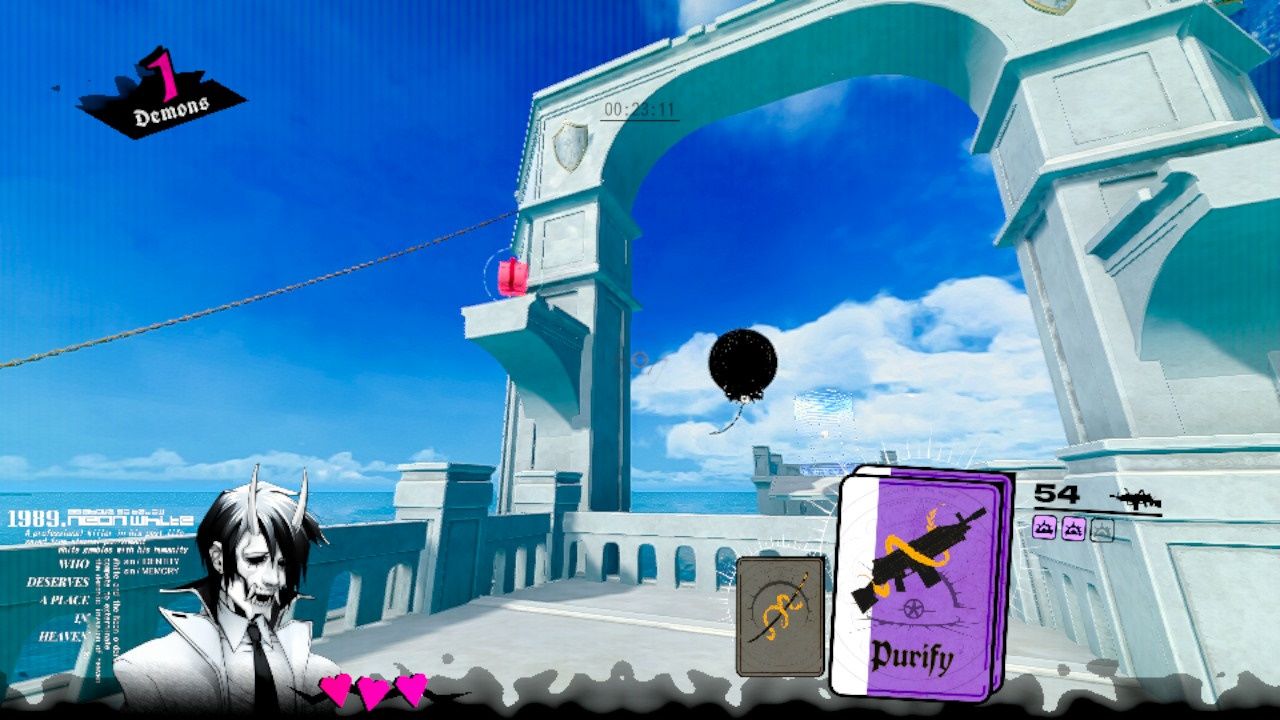 The gift is sitting up on a ledge to the left of the balloon enemies. To get to it, you simply need to use the discard ability of the assault rifle to plant a bomb under your feet, then jump. This will give you plenty of airtime to help grab the Perfume.

Additionally, there are balloon-type enemies floating nearby, so you can absolutely bounce off them to get a little bit of air if you mess the jump up a little. 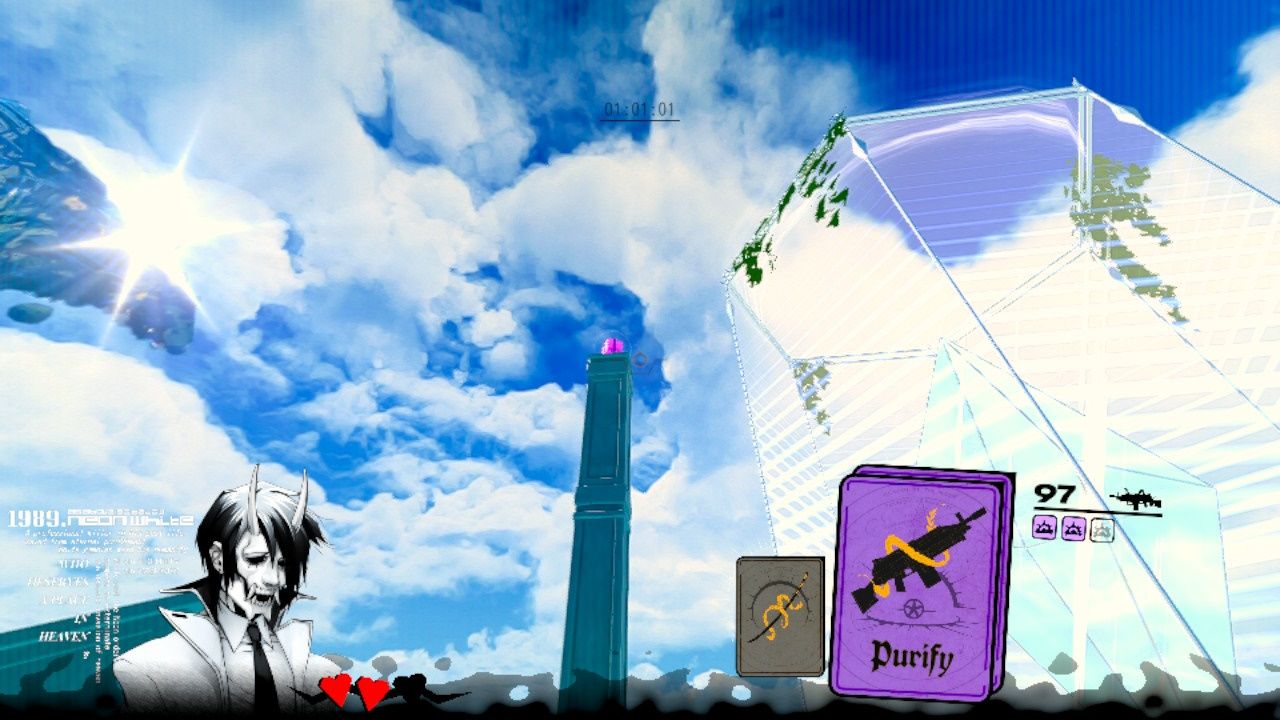 This gift is a little tricky to get. So, you are going to want to make sure not to use the discard ability during this run. You will want all three discards for acquiring the gift. Take out the enemies with bullets as you go, and grab all three of the assault rifle cards. Then, go to where the end of the stage is, but from here jump onto the roof of the tunnel that is next to it. 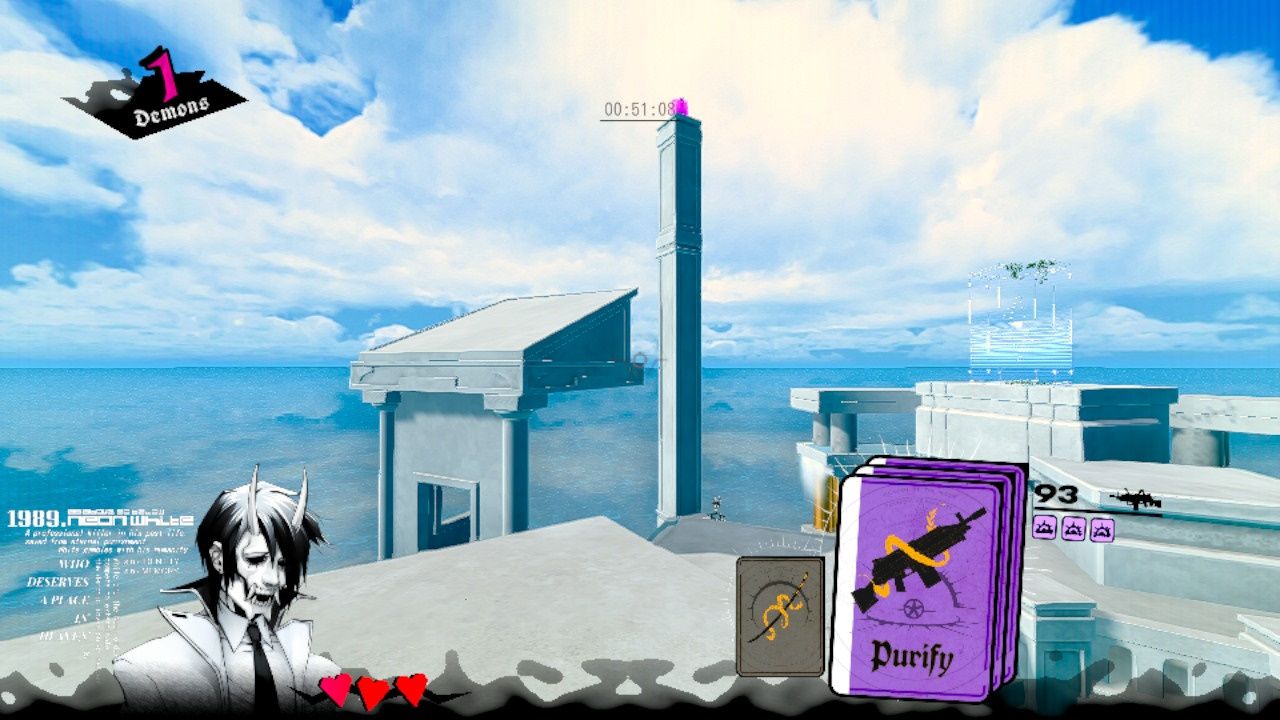 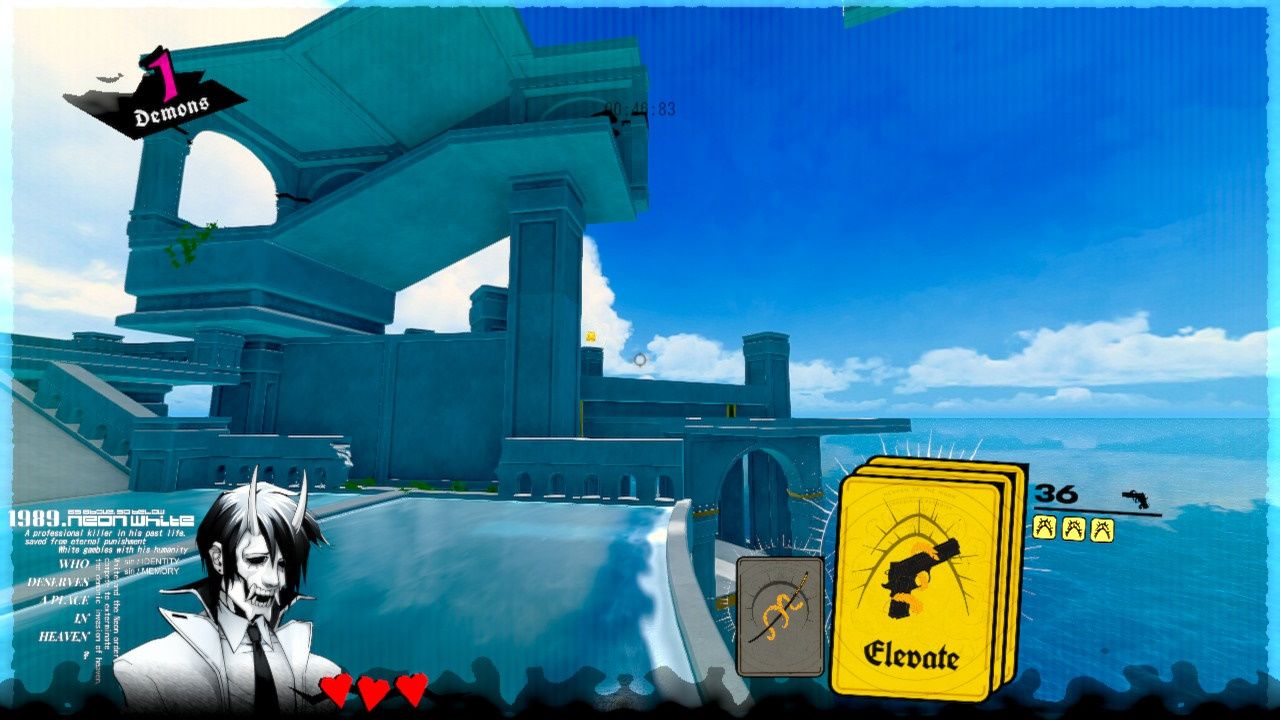 This is one of the simpler gifts to acquire. Play the stage as you usually would (you can use the shortcut method as well, it doesn’t matter). However, once you have reached the end of the stream that circles around the stage, instead of taking a left, jump over to the nearby roof (this jump does not require your card “elevate” discard ability). 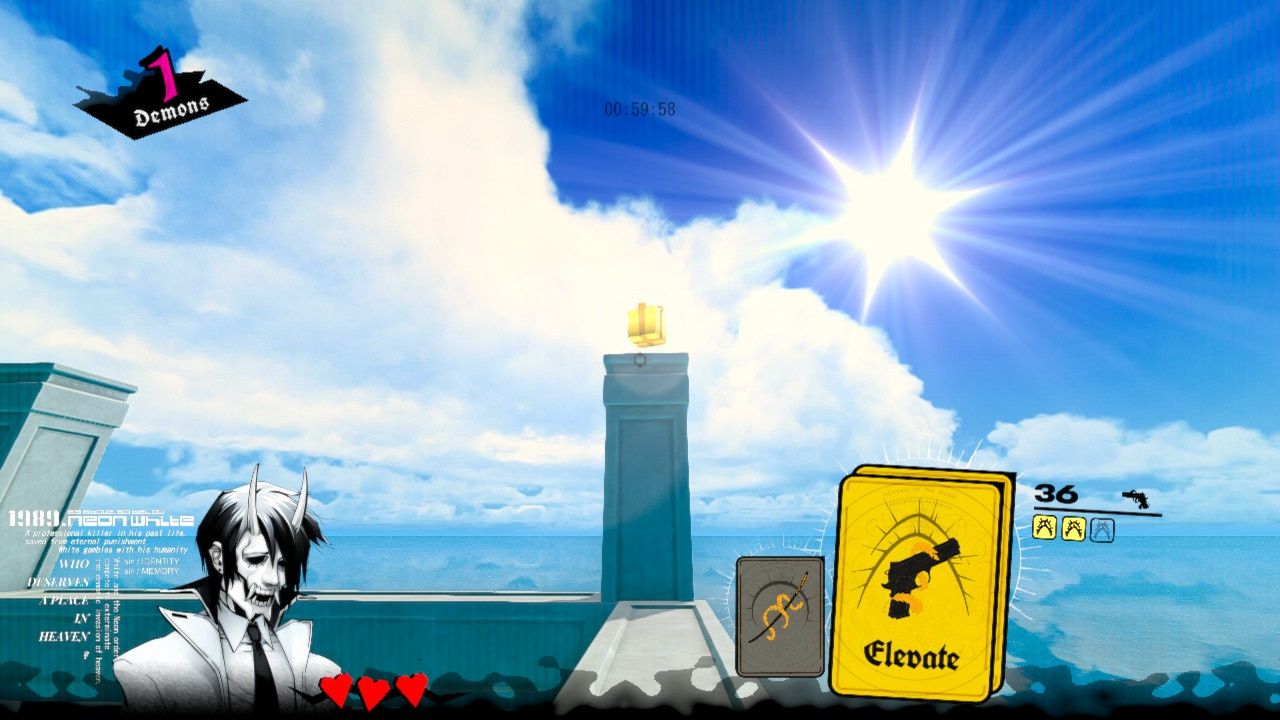 This level’s gift is sitting on top of a column back here. In order to hop up to acquire the gift, you will need to discard one handgun card to get jump up here. Now, you will be able to grab the Six Pack. 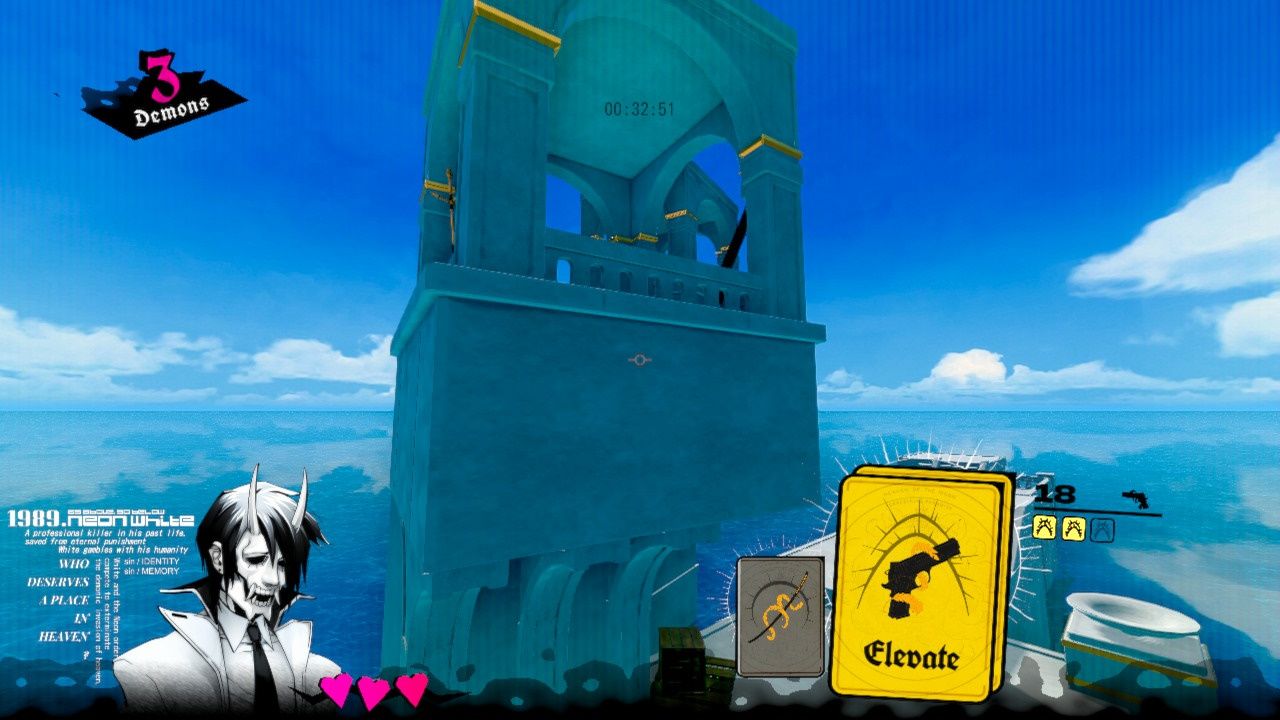 The gift on this stage is located on top of the high-up tower that is to your right at the beginning of the stage. In order to get up here, you are going to need two double jumps. After you clear the first two demons, jump across into the next area. Take out the lone demon here. Now, turn around and hop up on the highest platform nearest to the closest tower. 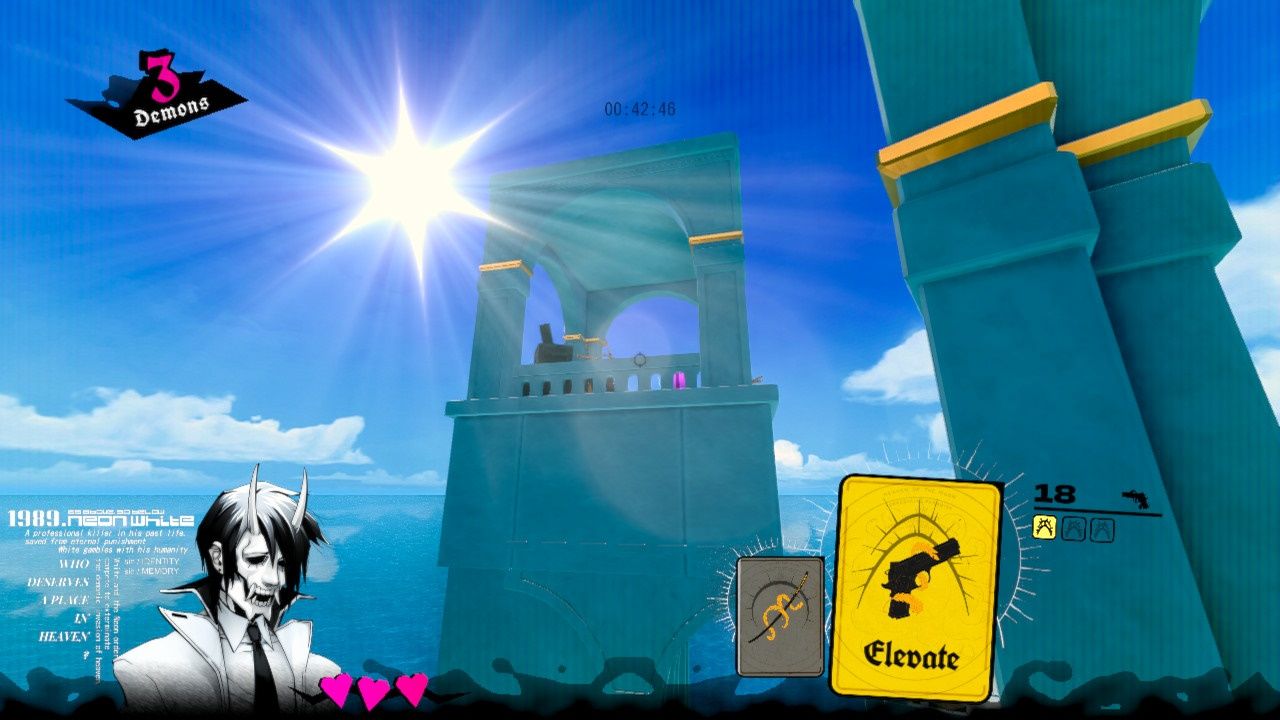 Use one of your double jumps to jump over to that tower. Now, use your second double jump to hop over to the next tower. You will collect the Tattletail Toy. 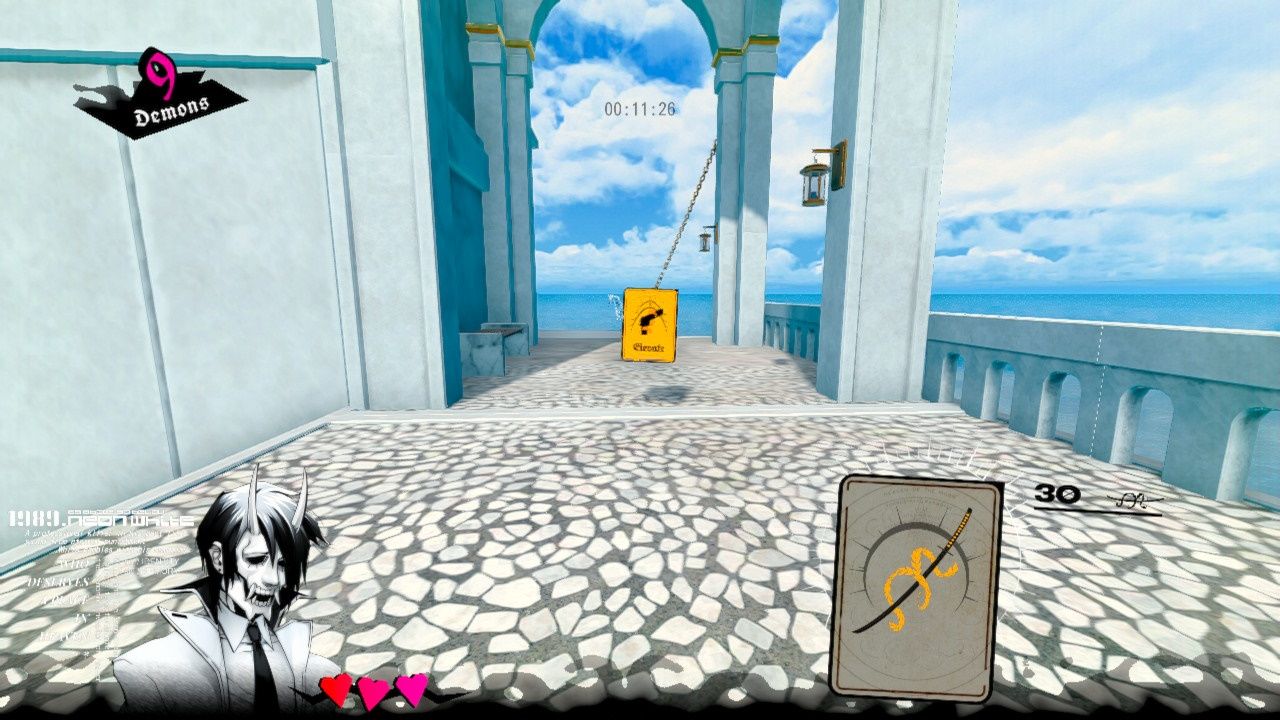 This gift is hidden completely out of sight. Begin the stage as you typically would, hopping on top of the balloon demons and climbing up the structure. However, once you get to the first card you encounter in the stage: stop. 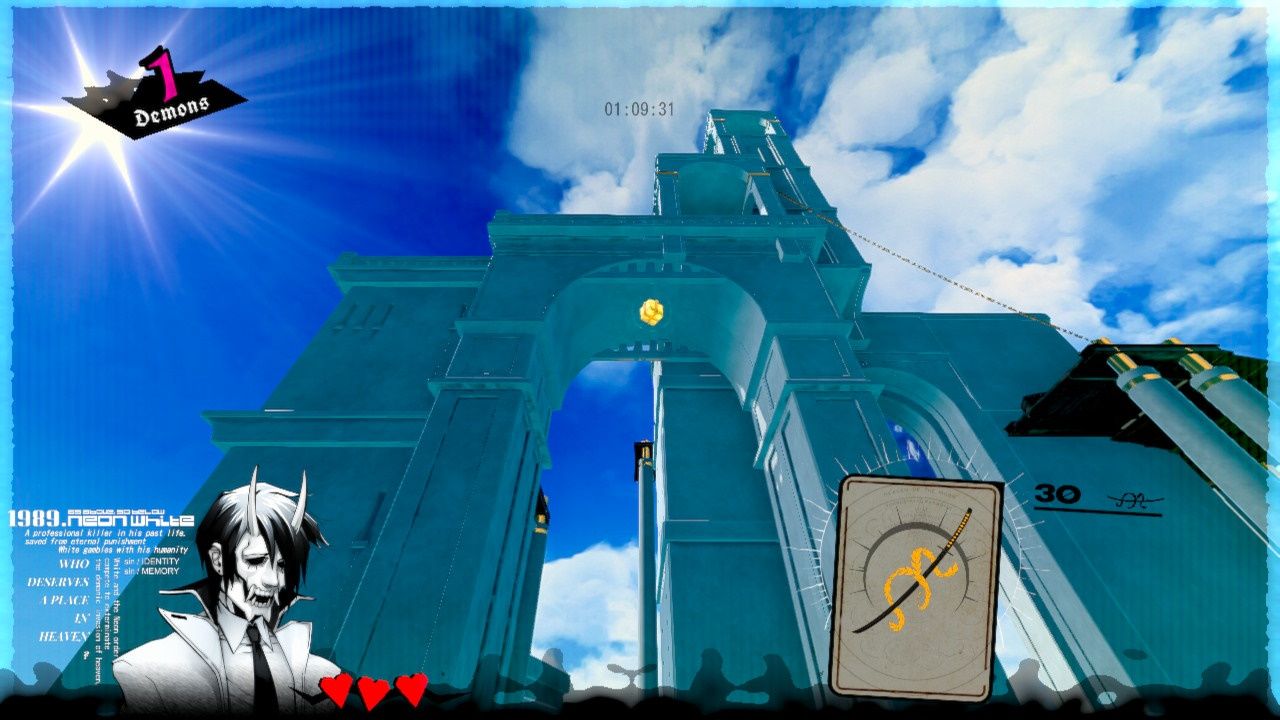 Grab the card and jump over the side. As you are falling down, perform a double jump and grab the treasure which is hovering just under the bridge you had just been standing on. You will acquire the six pack. 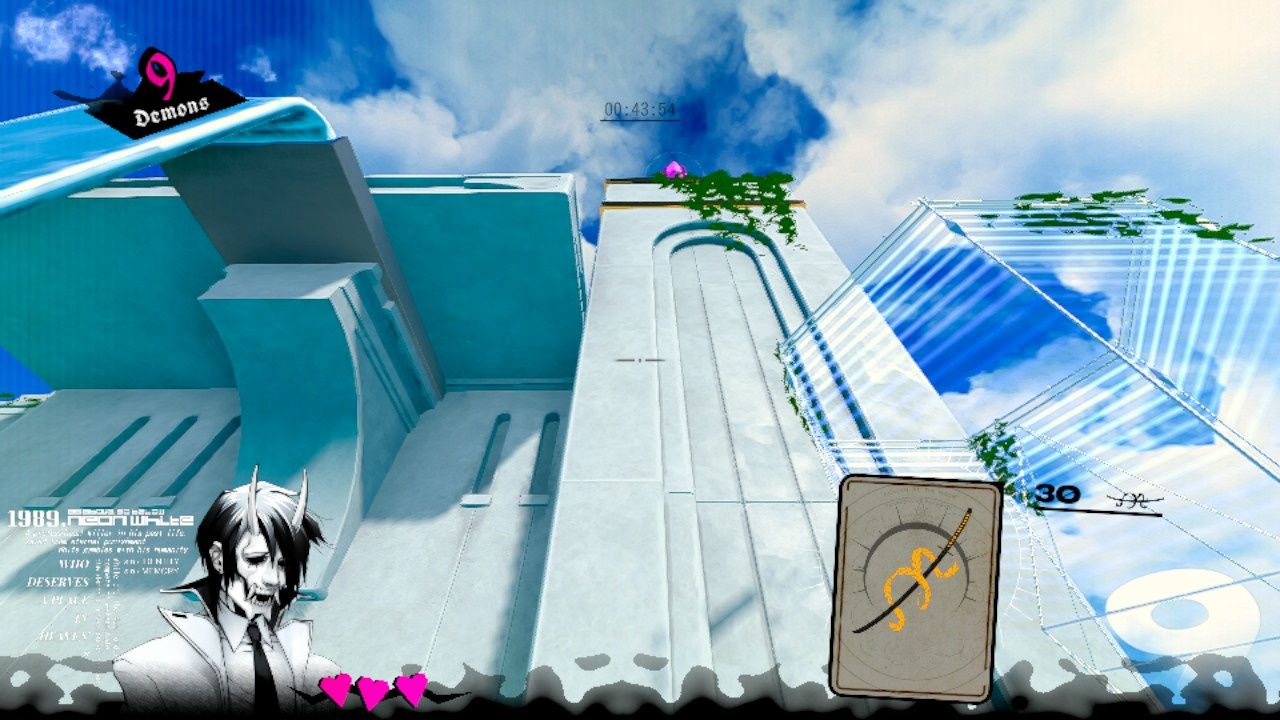 So, the gift here is located on top of the tower that hovers above the stage’s exit. In order to get up there, you will need two assault rifle cards, which means that you will not be able to use the discard ability. Thankfully, we are after the gift here, so you are free to ignore the enemies. 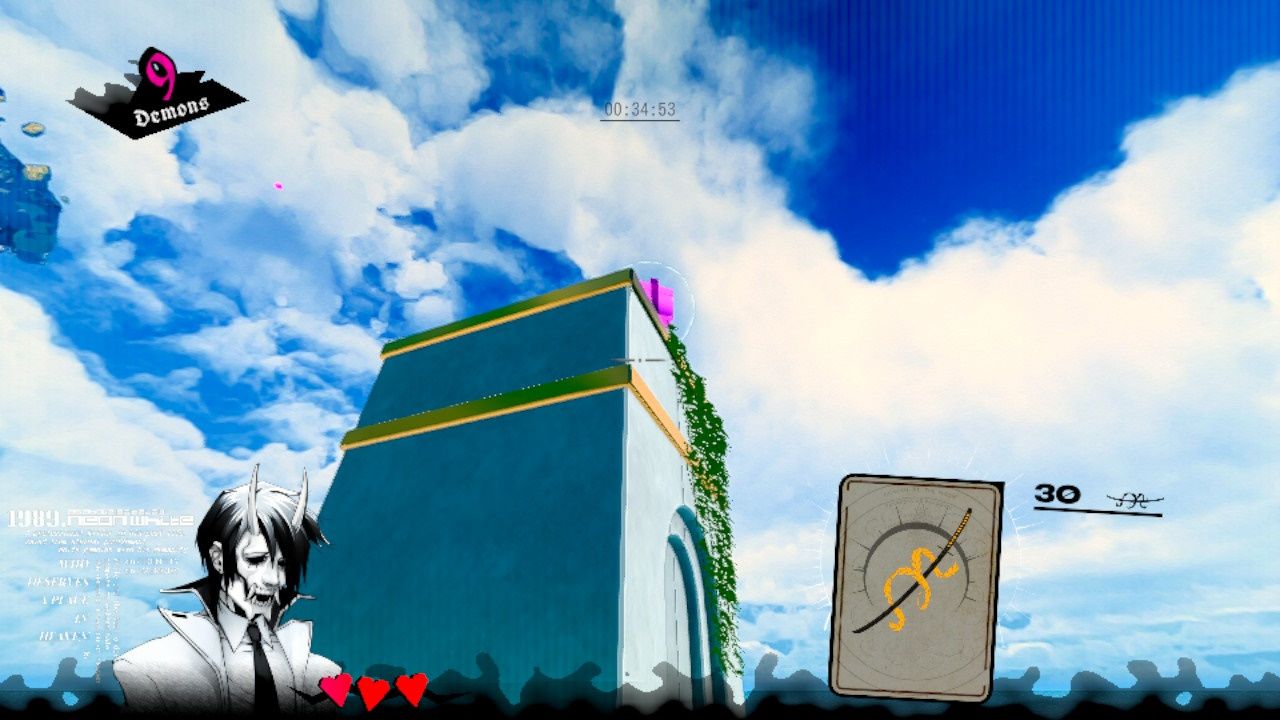 Just run past the demons in this stage and make it to the level’s exit. Then, use a bomb jump to get up to the shorter roof next to the exit. From there, another bomb jump will get you to the tower’s top. You will now have acquired the Tattletail Toy. 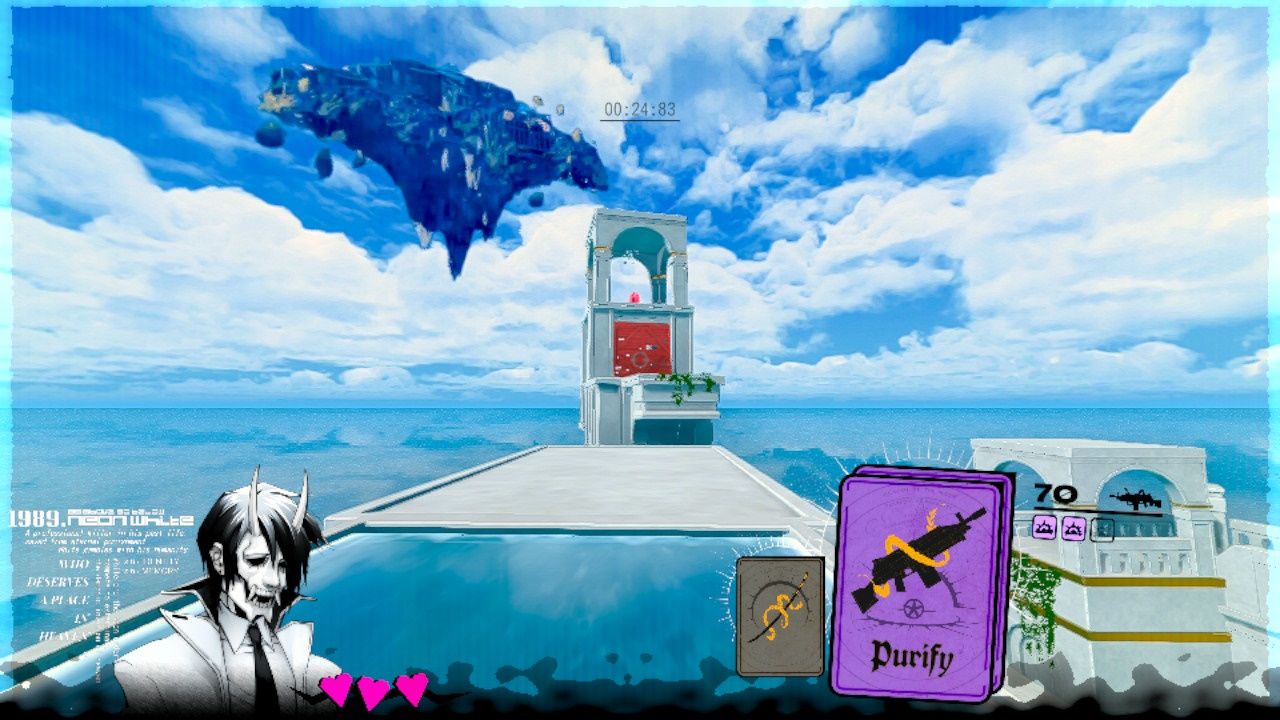 This is a dead easy gift to grab. At the very end of the stage, you will grab two assault rifle cards. Typically, you would use the first one to do a bomb jump across the gap, then the second to blow open the wooden wall. However, the present here is sitting right in the space that is just above that wall. 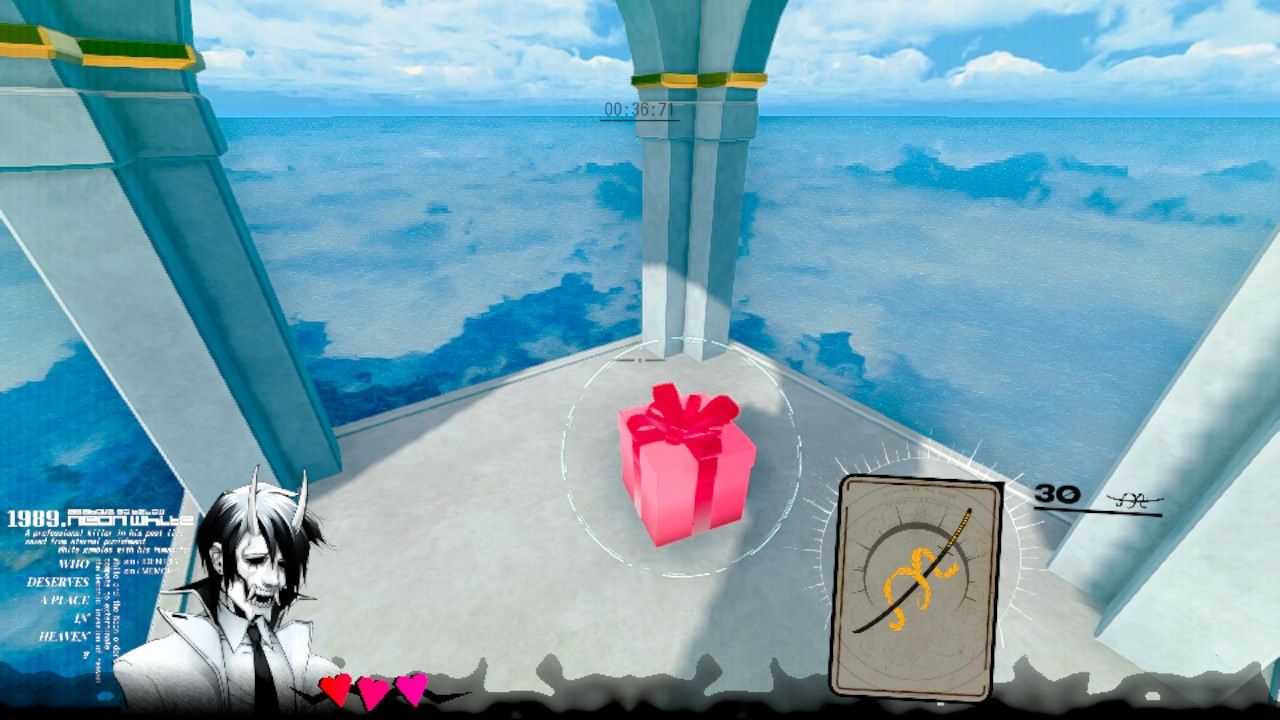 So, instead of using the second discard ability on the wall itself, you are going to fire it at the ground in front of said wall as you are falling, which will push you up high enough to get to the present. Easy peasy. 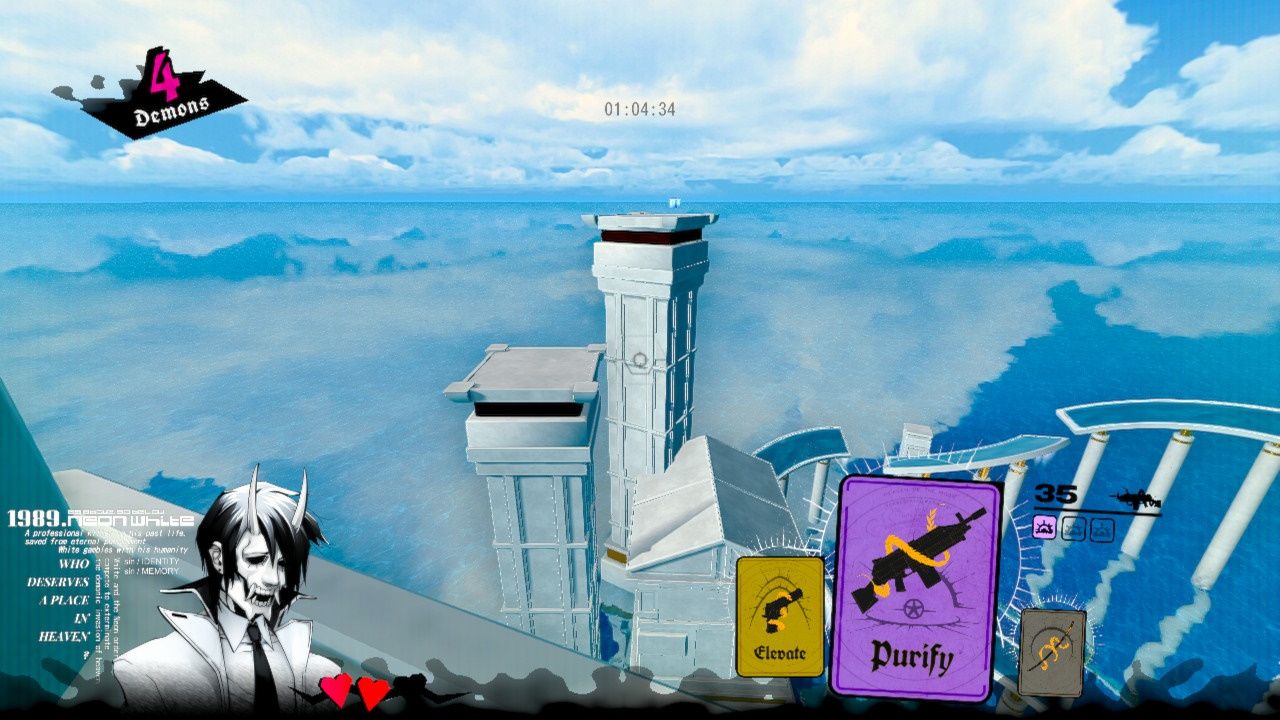 The gift in Fasttrack is another tough one. Complete the stage as you normally would. However, you will need two assault rifle cards and a pistol card. This means that you need to just ignore the final group of enemies at the end of the stage. Just run right past them. 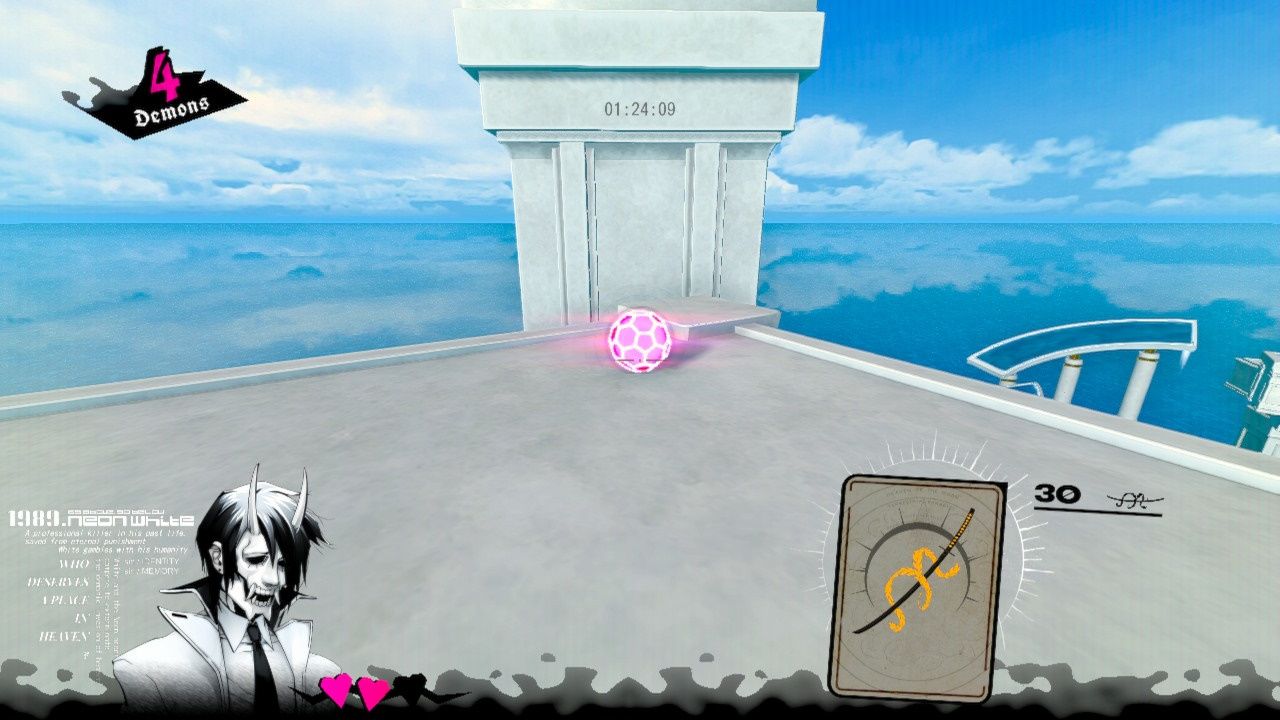 Then, once you are standing next to the stage exit, you will be able to see the present in the distance. Use your pistol to perform a double jump to the second-largest tower in the distance. Once you have arrived at the tower, use the assault rifle’s discard ability to perform a bomb jump up. Now, as you are near the top, use the second assault rifle discard to bomb jump up the remaining distance. 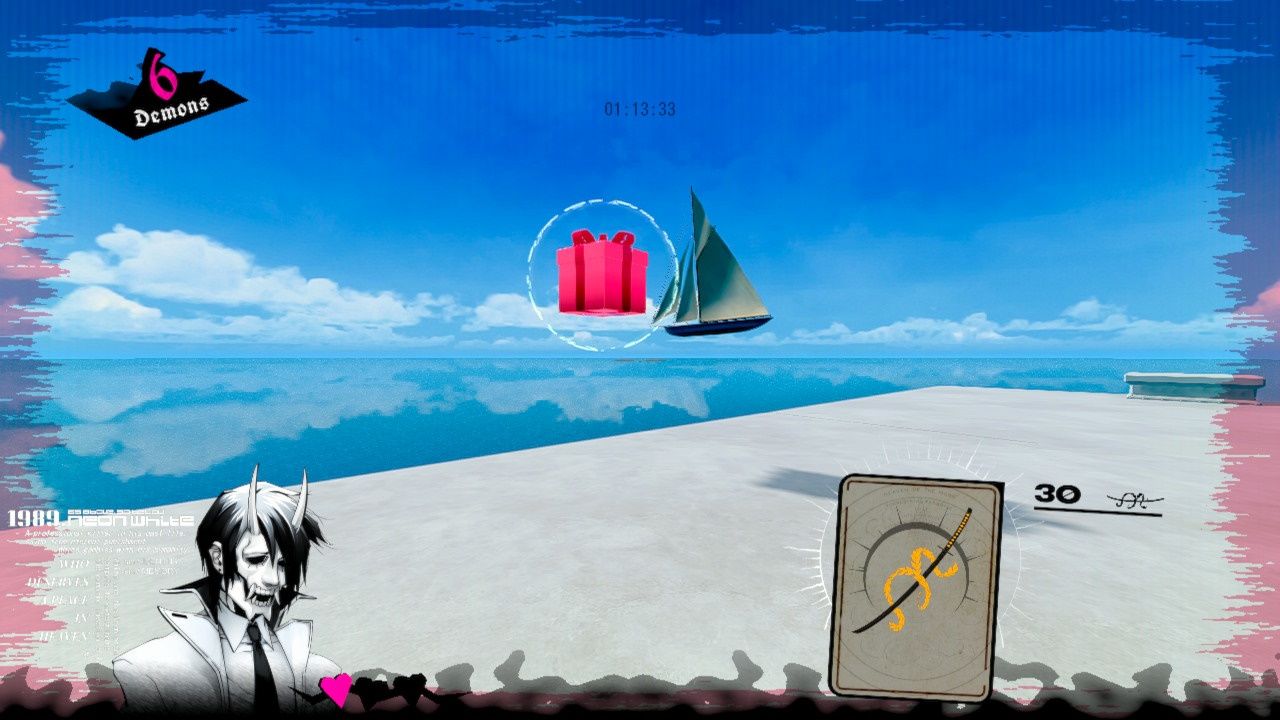 This present is located at the very end of the stage. It is high up on the roof of the building opposite the stage’s exit. In order to get to this gift, you are going to need to have a pretty large hand of cards. You will need three assault rifles and a pistol. So, you are going to need to hold onto one pistol card. This should be easy enough to do, as you can actually finish this level with three of them.

Once you get to the final area, there will be three assault rifles waiting for you. Go to the base of the tallest building on your right and do bomb jumps all the way up it. Then, once you are near the top, use discard a pistol to use a double jump.

If you want to make this one really easy on yourself, at the beginning of the stage use a bomb jump to get through the hole instead of the pistol. Collect your second pistol from the second yellow demon outside the hole, and then collect the third from the demon just past the treasure chest. This should give you a full stack of double jumps you can use at the end of the stage.

You can get hung up on the edge of the building while double-jumping if you aren’t careful.