Home » Monster Hunter World: 15 Things To Do After You Beat The Game

Monster Hunter World: 15 Things To Do After You Beat The Game

The Monster Hunter games have been scientifically designed to consume an unhealthy portion of our lives, which isn’t a bad thing. After all, the time you enjoy wasting isn’t wasted time, according to a former Beatle. Dedicate all the time you can to the latest entry, Monster Hunter World, then!

Even when you “beat the game” by defeating Xeno’jiiva for the first time, the game is far from over. Technically, the main quest is done and you won, but there’s still lots to do. There are more rage quits, controller throws, and hopeless cries of anguish to be had as a monster’s chew toy in the New World. So, get back on your console or PC, because there are plenty more monsters to hunt and things to do.

Updated by Sid Natividad on February 27th, 2021: We’ve revisited this list to polish up a few bits since the release of Iceborne, as well as include a few more bits and pieces to occupy your time in Monster Hunter World’s postgame! 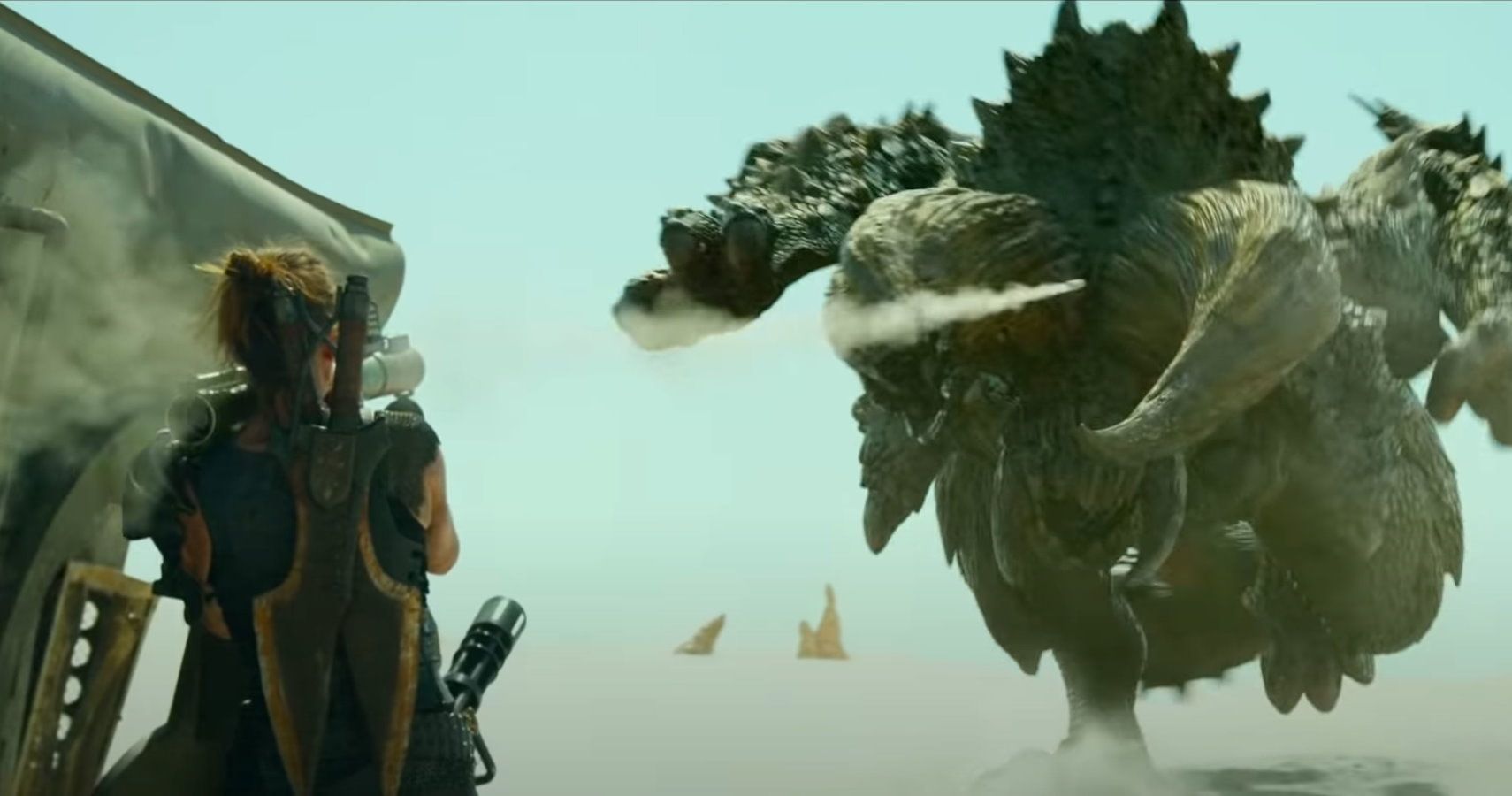 Love or hate the trailer or the idea of video game movies, there’s no denying that the Monster Hunter movie of 2020 is always a good way to enjoy some of your favorite behemoths on-screen. Mila Jovovich stars alongside Tony Jaa in a rather Americanized plot for the adaptation.

Mila Jovovich’s character, Captain Artemis, gets accidentally trapped in a parallel world filled with monsters. The monster roster isn’t exactly exciting to begin with, but the action and the CGI make up for it, mostly.

14 Roleplay As Your Favorite Characters 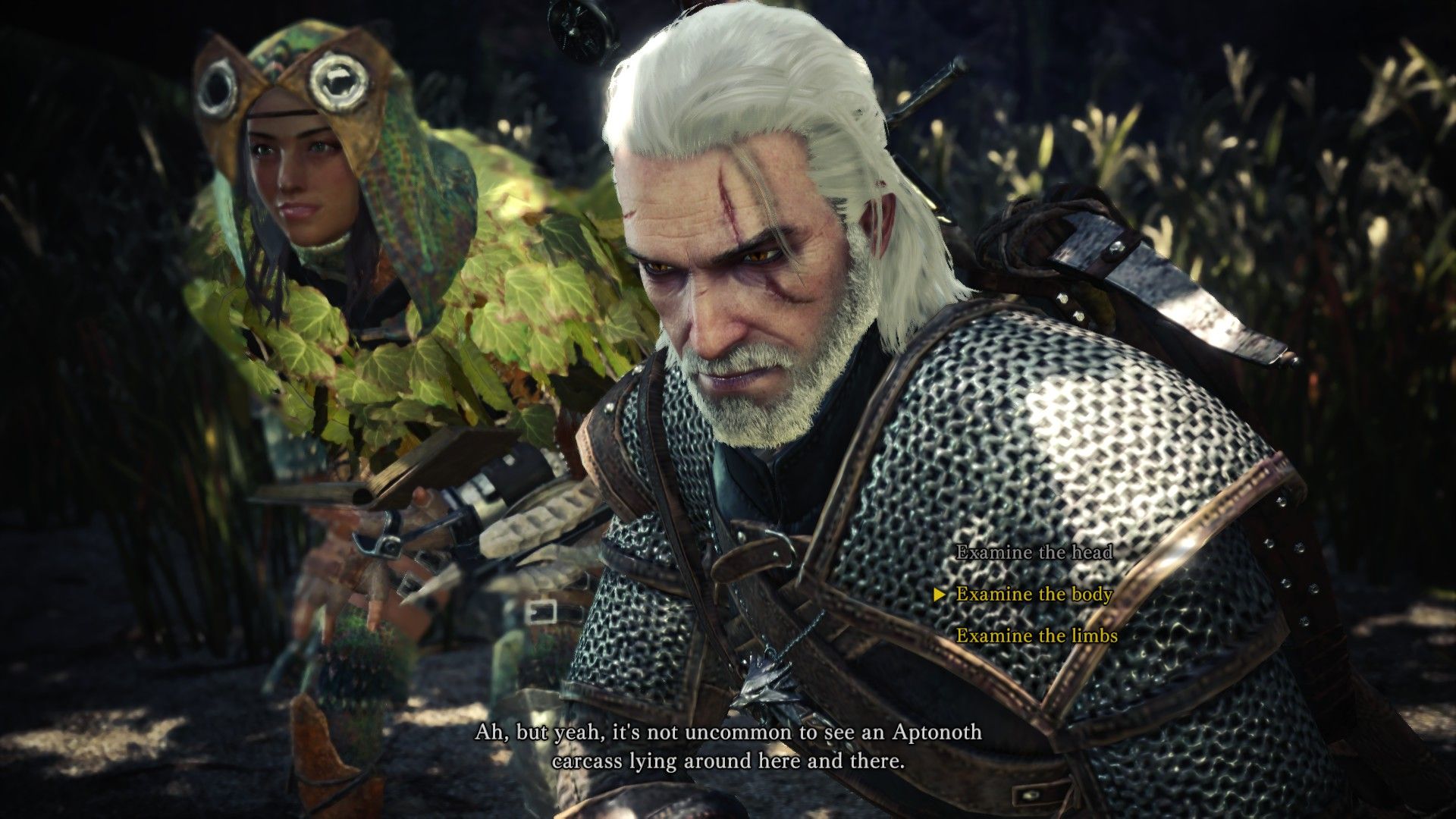 One of the more relaxing endgames in Monster Hunter World is playing out your fashion-filled dreams of cosplaying as another franchise’s character in an alien world. The game already gives plenty of opportunities for players to do this.

With seasonal updates and events getting dumped in an infinite rotation for the game, everyone has a chance to roleplay their favorite character. Be it Dante from Devil May Cry or even Geralt of Rivia, the options can get dizzying. 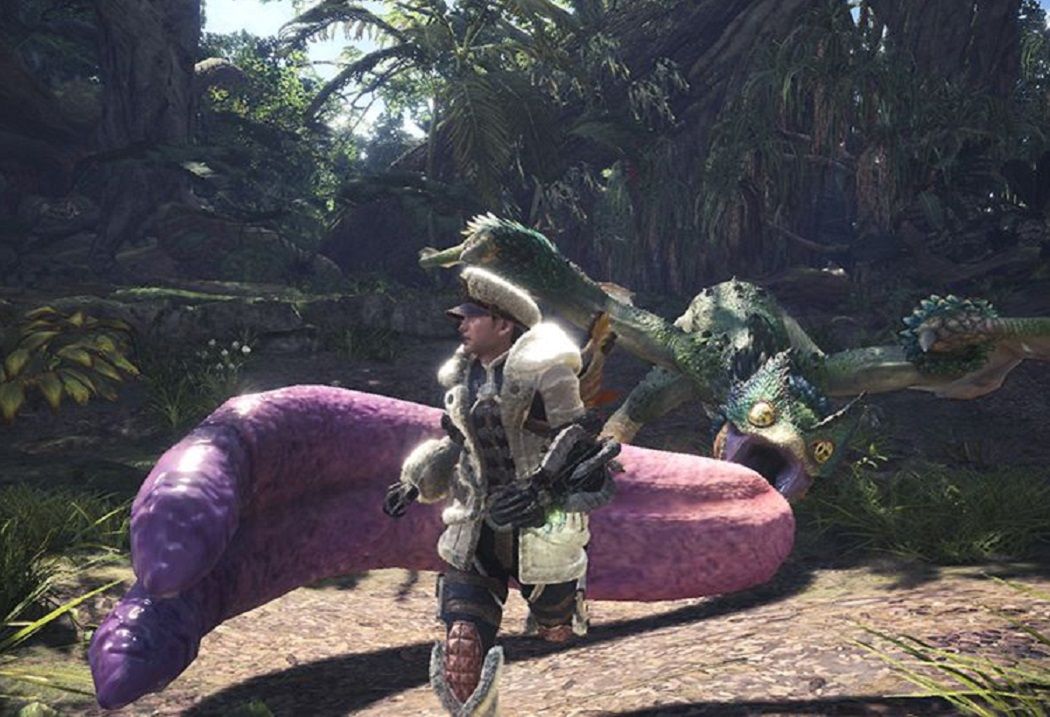 One thing that some players keep forgetting is that Monster Hunter World is a cooperative experience. Thus, lending a helping hand to others just as someone rescued you from your first attempt at hunting a Tempered Kirin is good karma.

Looking at the handler handbook and checking which players are firing some flares and then coming to their aid gives those players a sense of community. Besides, it’s a good way to lowkey show off your endgame gear to some wide-eyed newbies. 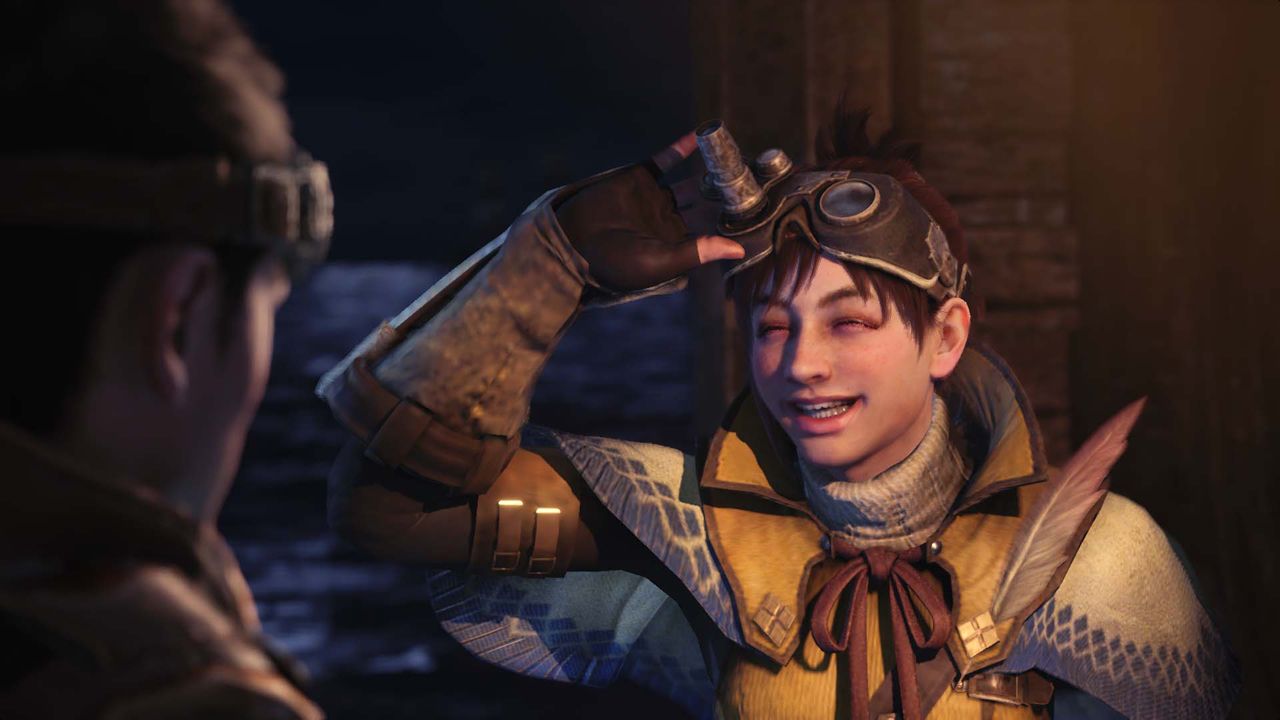 This one is almost a given, especially for certain types of players. Monster Hunter World has tons of achievements and medals regardless of the game’s version and doing them all can be a huge timesink.

That shouldn’t be a problem if you’re merely looking for stuff to do in the game. Monster Hunter World‘s achievements, with Iceborne counted, clock in at nearly 100 and can take hundreds of hours to complete.

Want to surpass the Admiral so you can finally tell the Handler to shut it? Well, time to get to work on that Hunter Rank grinding. The maximum possible rank in Monster Hunter World is 999.

After that, the game practically more or less should treat players like a god walking among mortals. The number of quests and hunts needed for such a level is monumental but think of the awe you’ll inspire once other players see that high of a rank.

10 Complete All Other Quests 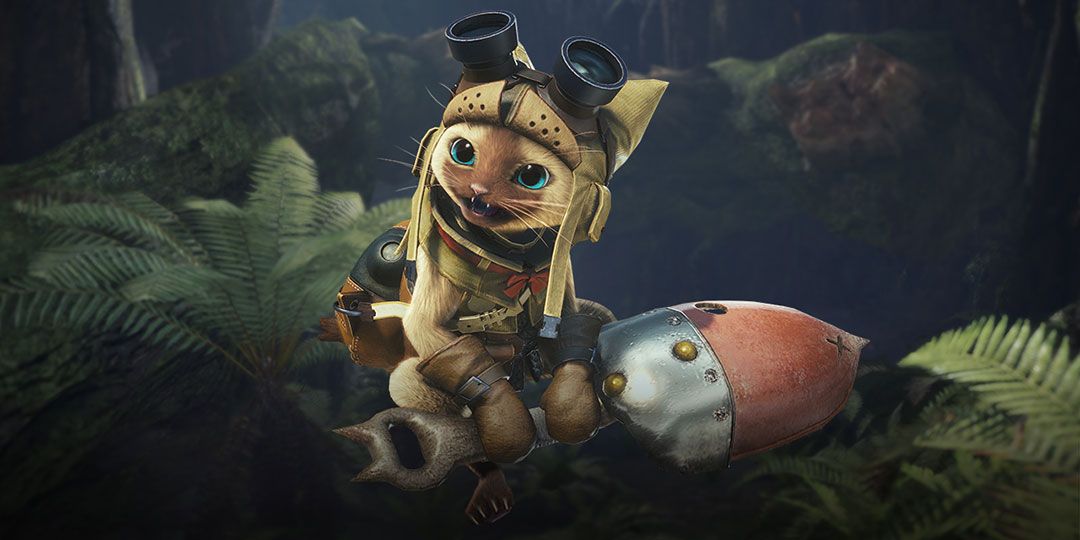 You’ll find Monster Hunter World‘s quest journal interface quite organized, making tracking quests a breeze. As such, you shouldn’t have a problem seeing which ones are not yet finished. We recommend going back and doing them all — every last one of them. Why? Because there’s a nice and “colorful” reward if you do.

Other than that, you’ll also be granted certain privileges upon completing some questlines. Yes, side-questlines are present in Monster Hunter World too, involving the other characters and creatures of the world. Not only will it satisfy your completionist tendencies, but it will also open up the game for more activities and rewards. 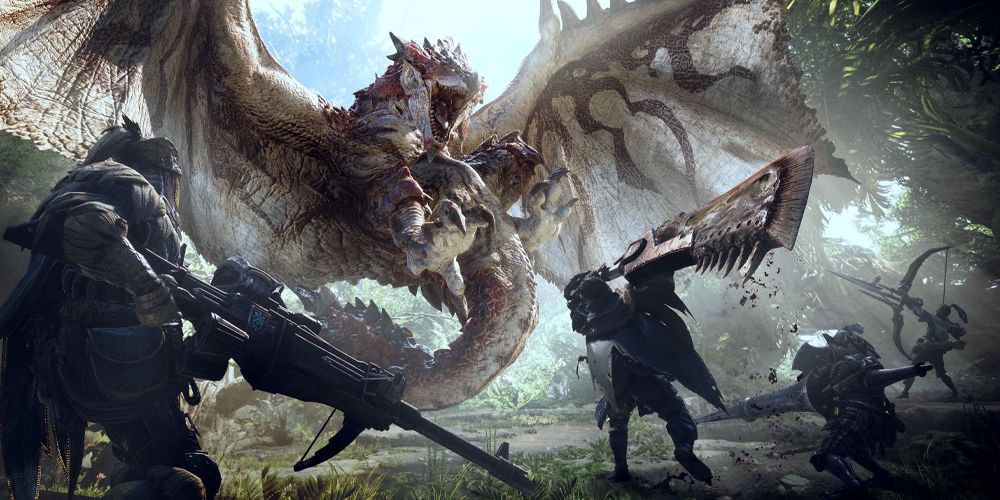 The beauty of Monster Hunter World‘s gameplay is how different each weapon can be. Depending on which one you pick, your playstyle will vary dramatically. Trust us, picking another weapon to use and master might as well be a whole different game since the experience is so disparate.

You’ll have to unlearn everything you picked up from using your previous weapon. You might even find a new favorite upon trying out others and getting comfortable with them. 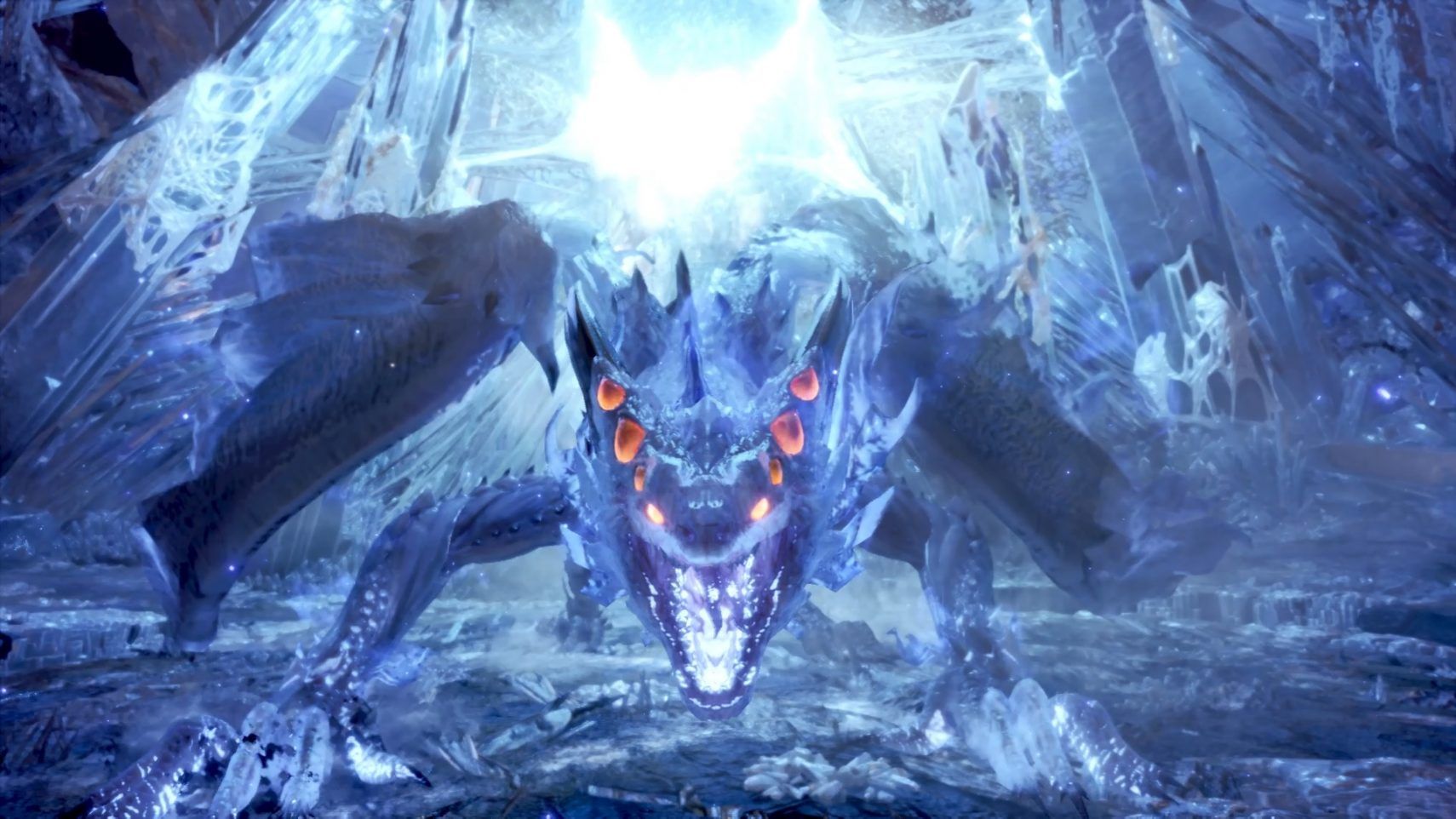 Soon after you slay Xeno’jiiva and are greeted with the end credits, level up some more and you’ll be greeted with the sight of Tempered monsters. These are jacked-up versions of regular monsters and Elder Dragons. They have increased health, damage, and an extra set of attacks or two (in some cases).

Once you’ve slain your first Tempered monster, there’s no going back. That’s because Tempered monsters will always reward you with decorations, or the jewels you need to add more skills to your gear. The rewards for the regular monsters simply pale in comparison. Of course, you’ll have to get used to the artificial difficulty for Tempered monsters and once you find them easy, move on to Arch-tempered Elder Dragons… 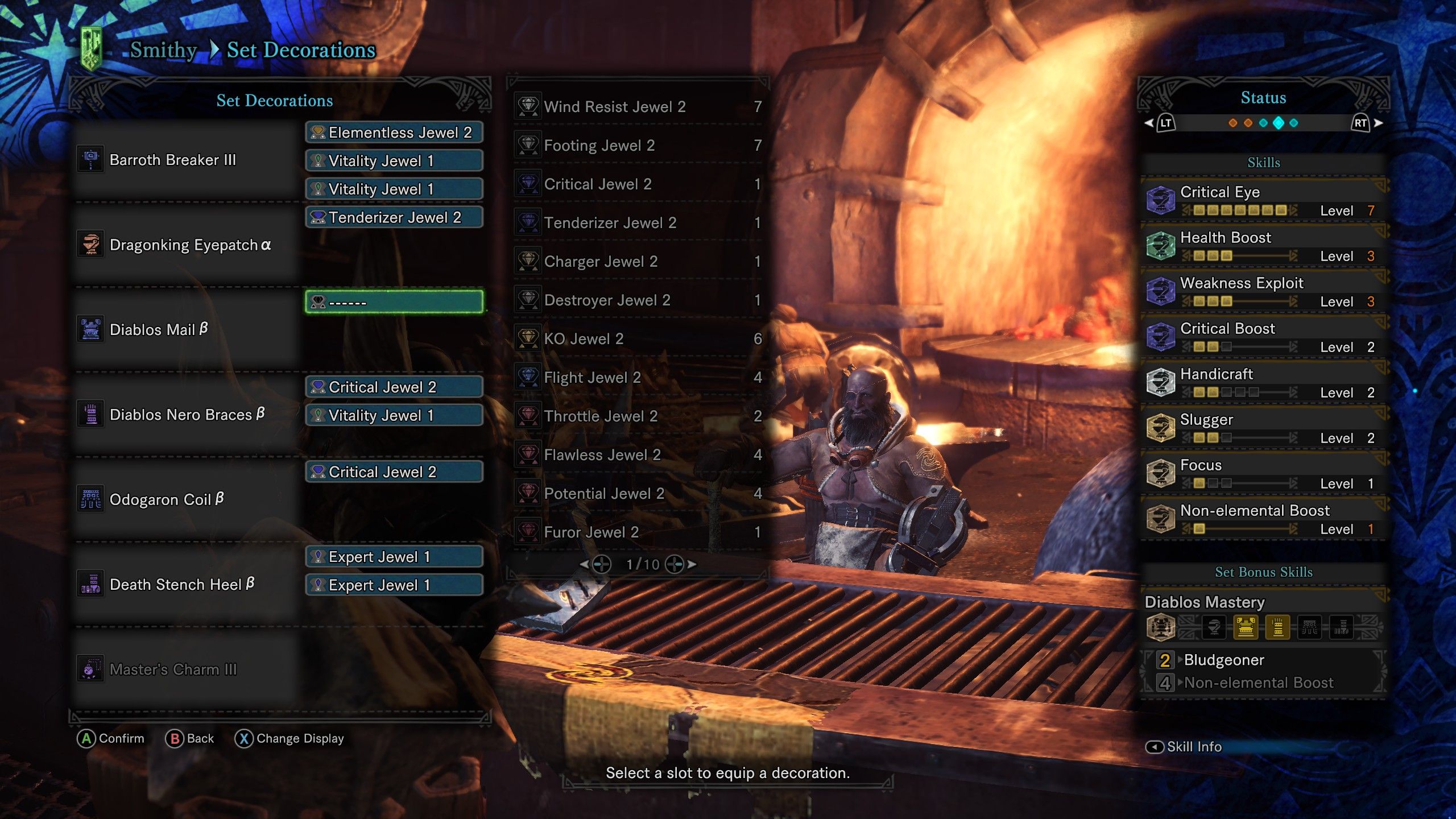 For many players in the endgame of Monster Hunter World, hunting monsters for decorations is life. It is the only activity which many players can do over and over again with dedication… and frustration because of the game’s random number generation (RNG) system for loot.

Getting the exact gem you need to complete your build can be more difficult than learning to slay arch-tempered Elder Dragons. You want another one of those Attack Jewels? Well, tough luck, because some players have never gotten one even after 700 or 1,000 hours of gameplay. Some did, though, after just a few hours. It’s an RNG lottery. 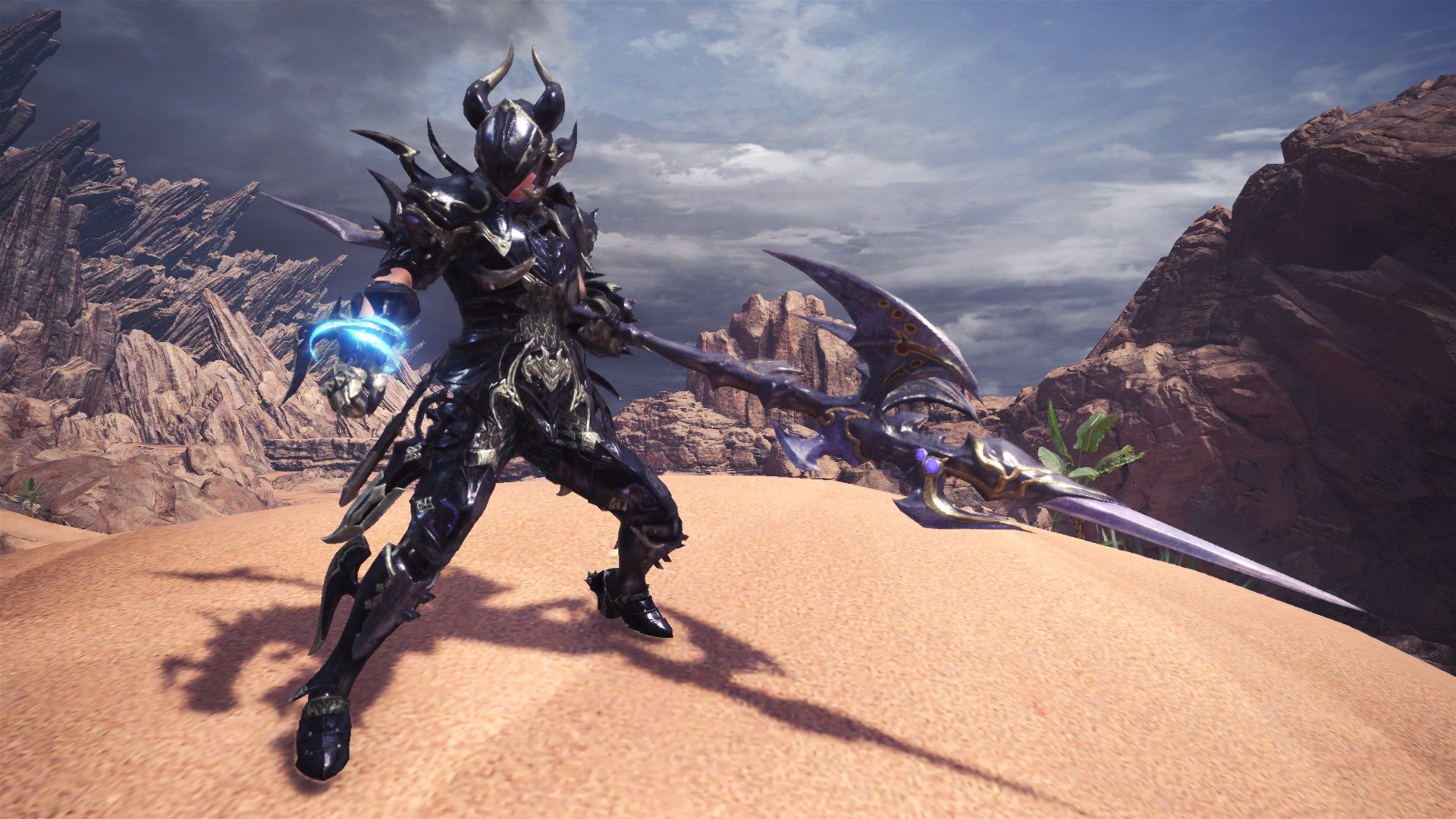 For the uninitiated, BIS stands for best-in-slot, meaning the best item, weapon, or armor for that particular body part slot of your character. In Monster Hunter World’s case, there are numerous options. That means your hunt for the perfect gear is a long and arduous journey. It’s best to get started right away.

Now, if you want to know which ones are the best for every weapon (basically every class), you can check out optimal build threads like this on Reddit. They have done the math for you and have determined that the items they are suggesting are the best for dealing damage. We’re not saying you should stick to the playstyle they impose; however, if you want to be efficient in your hunts then you should start following the advice of speedrunners. Speaking of BIS weapons… 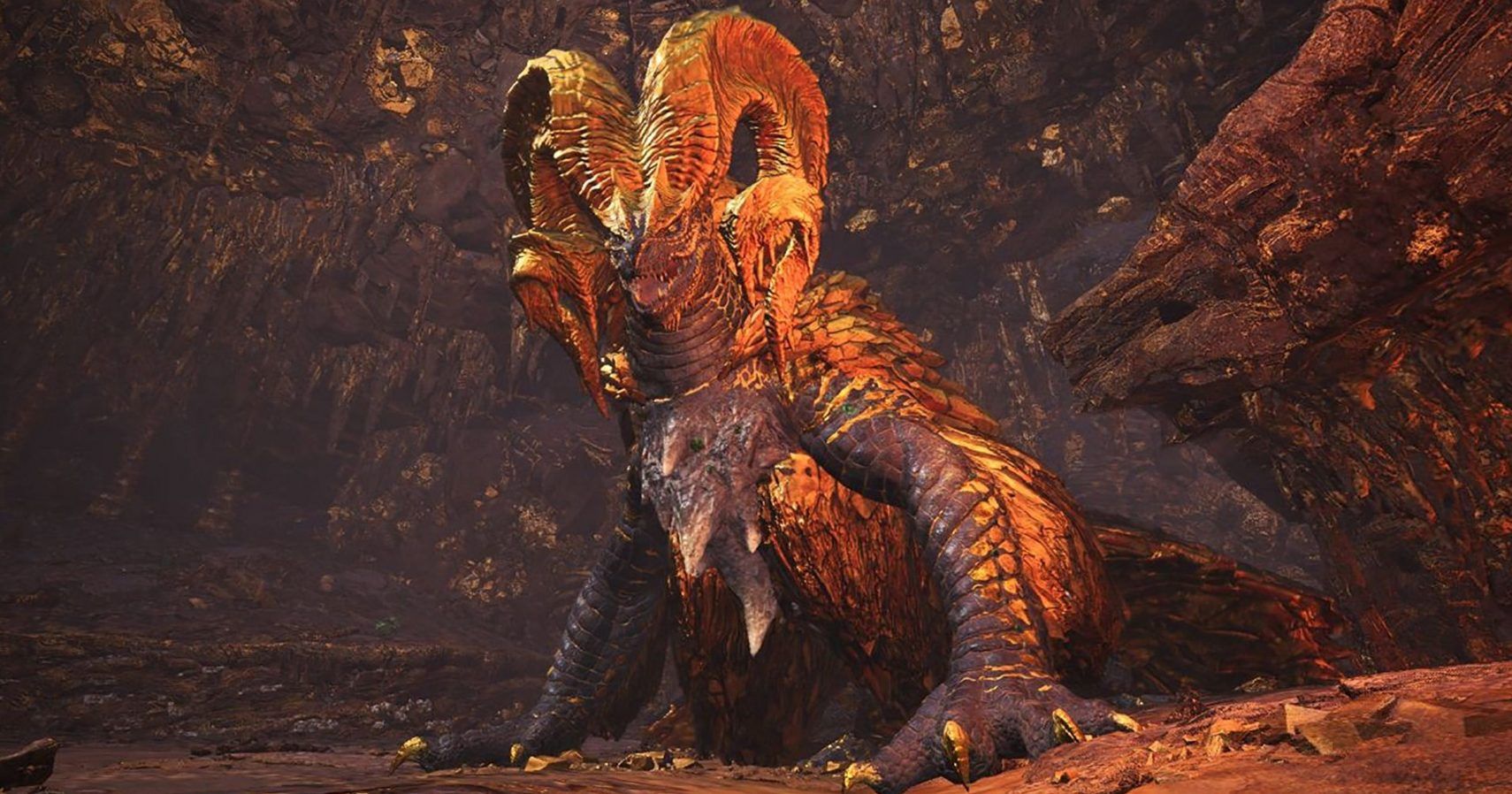 Depending on your weapon or build choice, the non-craftable Kulve Taroth weapons are some of the best in terms of damage-per-second (DPS). You’ll have to check with the Reddit META build thread we linked to earlier to see which weapon builds need Kulve Taroth weapons. Generally, you’ll want what the Elder Dragon Kulve Taroth has to offer once you defeat it.

Her gold weapons have some of the best stats ever among all Monster Hunter World weapons.  The problem in acquiring her weapons is that her loot table has an obscene amount of “garbage” filler weapons. This means the chances of you getting the weapon you want from her via RNG. It’s essentially a roulette of rewards, regardless of how well you perform in the hunt. 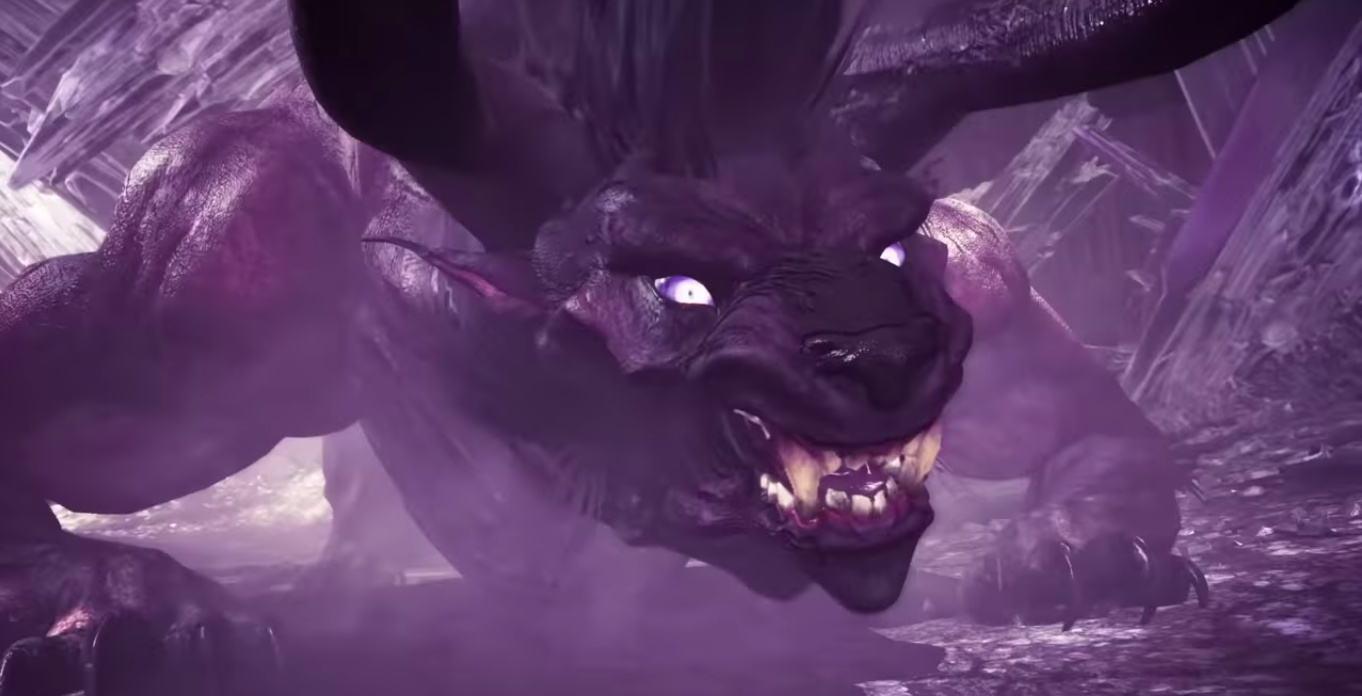 The Behemoth is considered one of the most difficult enemies in Monster Hunter World and it’s not even originally from that franchise. The horned bully is from the Final Fantasy universe. Now, since it’s an excruciatingly hard fight, the Behemoth drops some of the best armor set in-game. You’ll have to work hard for it, though.

Hence, the road to Behemoth can be steep; you’ll need tons of practice and getting used to teamwork. The same goes for the other crossover event involving Geralt of Rivia and the Leshen from The Witcher franchise. 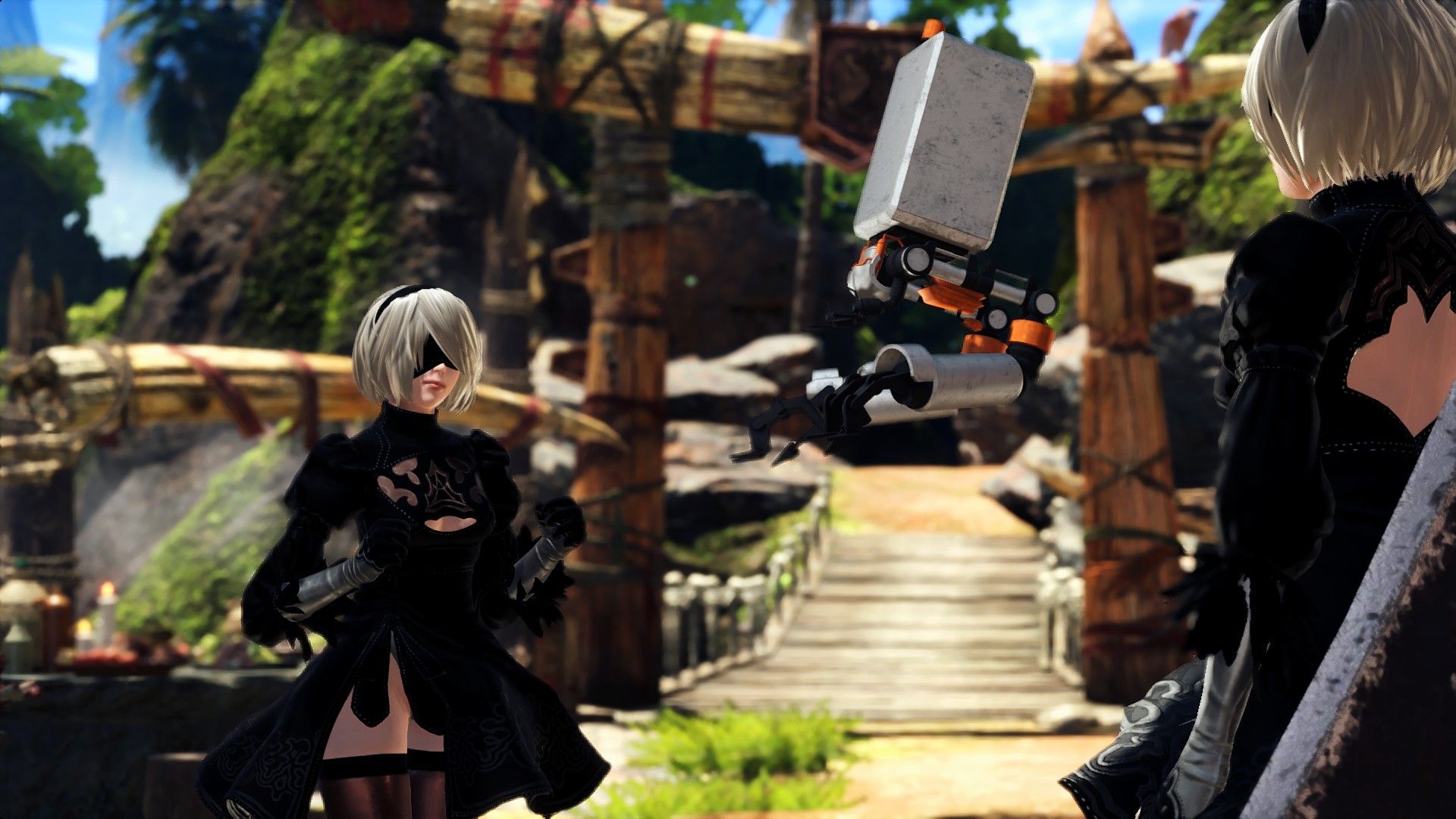 Sadly, this one’s for PC players only. It’s one of the best aspects of Monster Hunter World for PC and opens up a world of fun not necessarily offered by the game. Take a quick trip to Monster Hunter World‘s Nexus Mods website and you’ll be presented with some of the most interesting, weird, and even cheaty mods for the game– some of which should never be used in multiplayer because you’ll get banned: you’ve been warned.

Modding is quite easy, since all you have to do is drop the files in the game folder most of the time. If you ever wanted more armor or fashion choices in the game from other franchises, then mods can do those better than crossover events can.

2 Try Out Other Monster Hunter Games 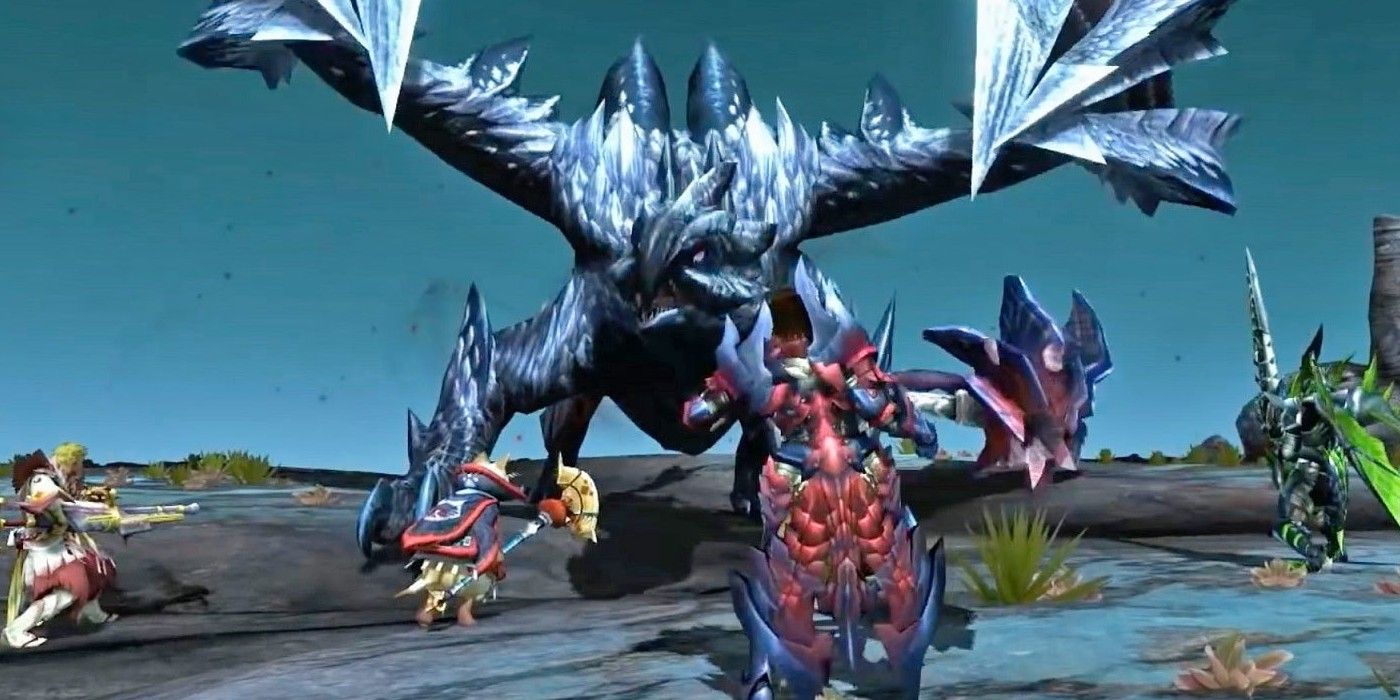 Unfortunately, some of the toughest or most badass monsters in the franchise were never included in World. So if you want to be more familiar with the other big meanies of the franchise, try out the older Monster Hunter titles.

That might be easier said than done, however, since older Monster Hunter games are not exactly multiplatform.  If you have the cash, they are worth looking into. After all, the entire Iceborne roster of new monsters has already been revealed and they are missing a few of the most popular or notorious monsters. 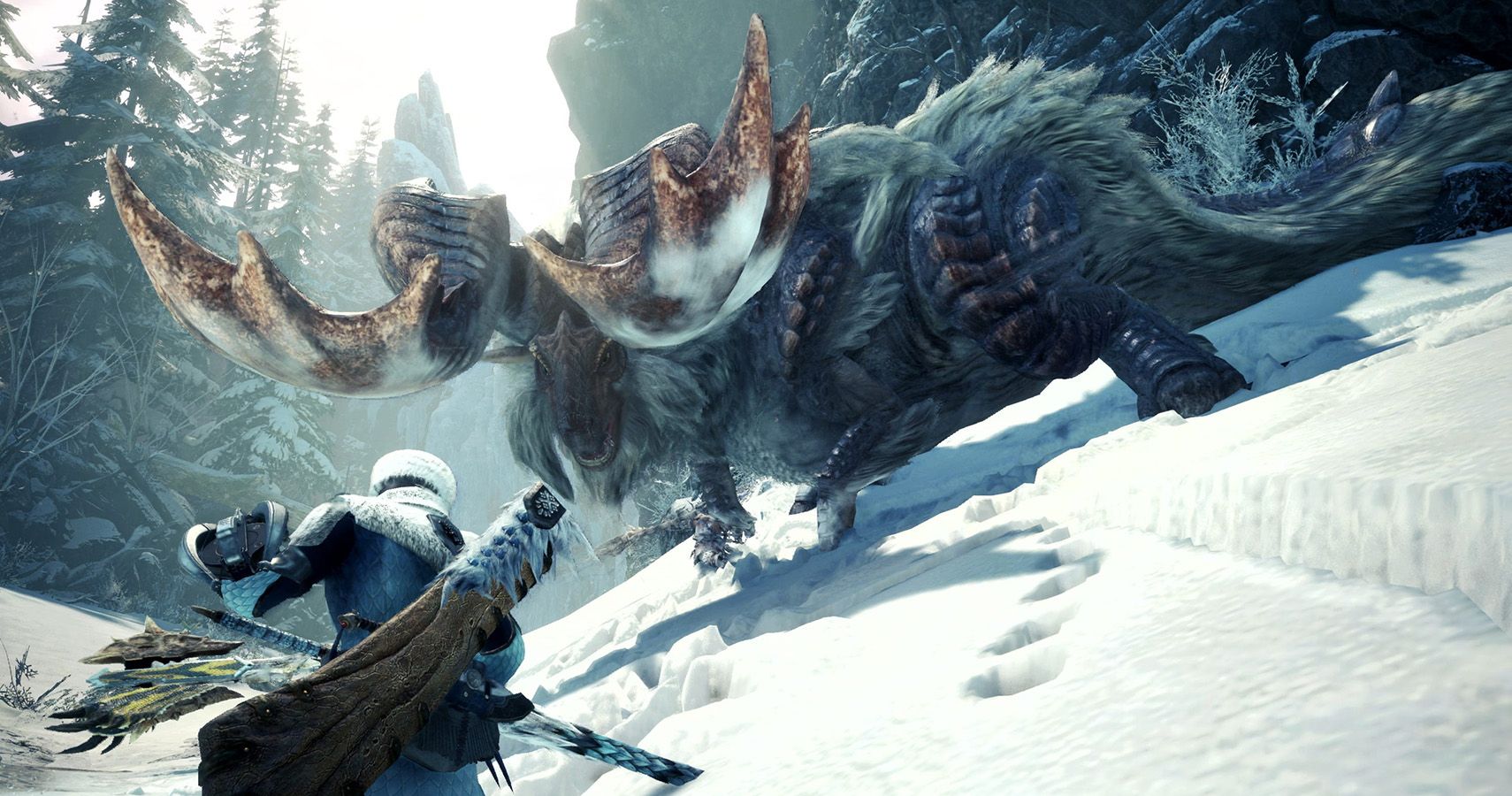 When all’s said and done, playing Monster Hunter World further after beating the main questline should be done for skill mostly. Getting familiar with all the Tempered monsters or even weapons and builds can be invaluable knowledge in preparation for the Iceborne expansion.

Additionally, Iceborne introduced a new difficulty class for Monster Hunter World in the form of Master Rank, which many players surmise is just a fancy new moniker for G-Rank, the fabled hardest difficulty class in the franchise Monster Hunter games. That means you need to practice and also increase your Hunter Rank in order to be ready for the new monsters and the pain-storm Iceborne is about to bring.

NEXT: The 10 Toughest Monsters In Monster Hunter World 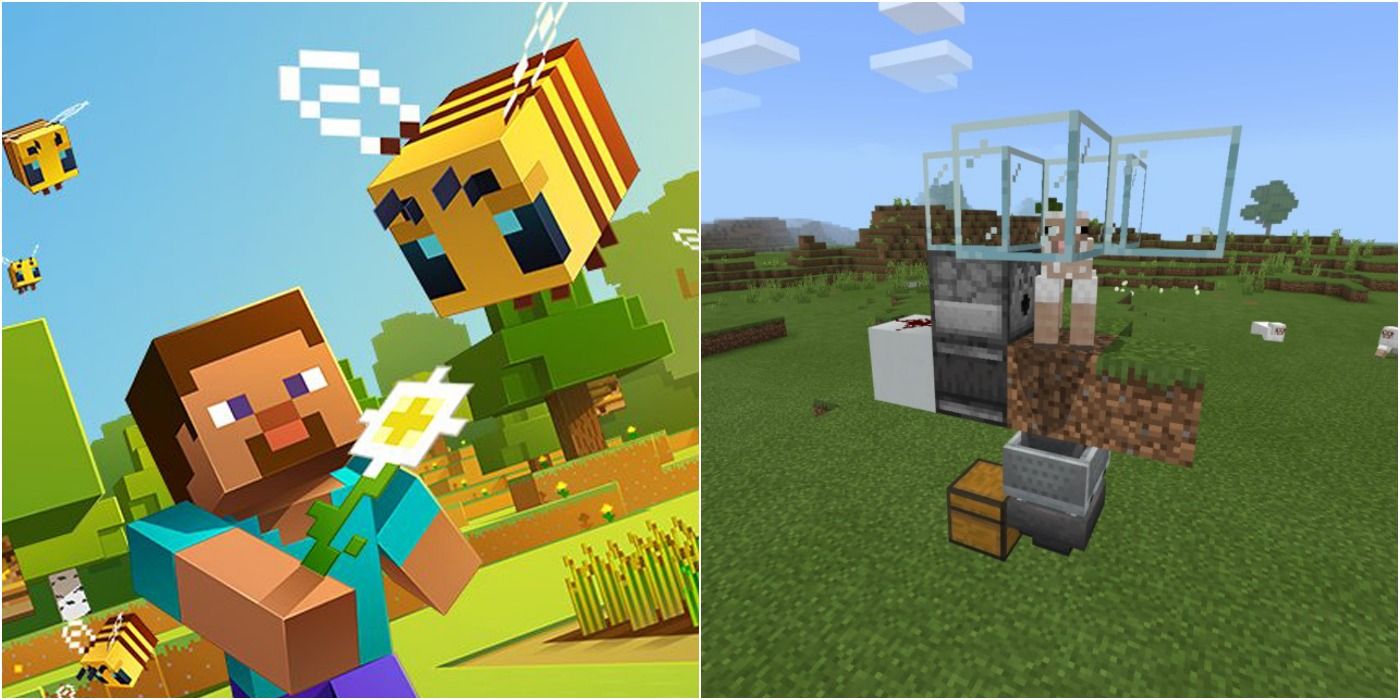