Home » News » Minecraft headphones and Switch controllers: Are these the best budget accessories yet?

Minecraft headphones and Switch controllers: Are these the best budget accessories yet? 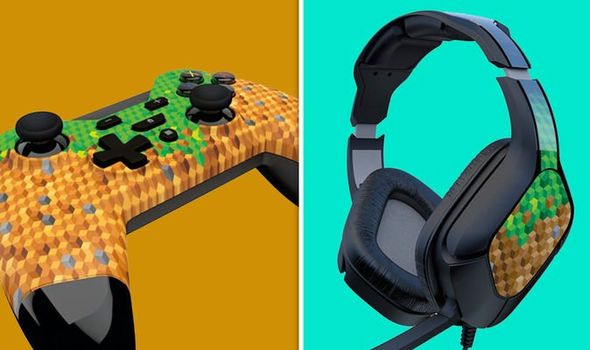 If you’re a fan of Minecraft and you own a Nintendo Switch, then you’ll love these new accessories from Gioteck.

Launching later this month, Gioteck has unveiled a couple of wireless controllers for Nintendo Switch, as well as various headphones that are compatible with the Switch, PS4 and Xbox One.

As you can see from the image above, the controllers and headphones can be customised with Minecraft-style decals.

The new gaming accessories are also relatively inexpensive, making them perfect for younger gamers working on a budget.

The JC-20 controllers, for example, are Nintendo Switch Joy-Con replacements available for just £34.99 from Argos (from July 23). That’s half the price of regular Joy-Cons, which cost £69.99 on the same website.

Pink and green versions will also be available from Smyths, where they cost £39.99.

“The JC-20 is crafted for playing in both single controller mode and Gamepad mode,” reads a Gioteck statement.

“With motion control capturing your every move and vibration functionality providing you with live feedback – the Gioteck JC-20 delivers a truly immersive gaming experience.”

Priced at £24.99 at Smyths and Argos, the wireless controllers feature a more traditional gamepad design, similar to the Xbox One pad.

“Wireless, built with premium materials and designed to appeal to lovers of Minecraft and more, the WX-4 delivers superb comfort during marathon gaming sessions,” reads the official description.

“With LEDs for power and player number, plus motion and vibration support, the WX-4 delivers the ultimate next-level immersive gaming experience.”

As the name suggests, the HC2 Decal Edition comes with three different customisation options out of the box. This includes Arctic camo, night camo or a Minecraft-inspired block design.

The headphones cost just £19.99, and come with a removable microphone and 3.5mm headphone jack, which means you can use them on multiple consoles.

At £16.99, the XH-100S Universal Stereo Gaming Headset is even cheaper, although it doesn’t come with the Minecraft-style decals.