Minecraft's endless building possibilities are not just restricted to building wooden box houses above ground. Building underwater is a bit fiddly, but the rewards are great. Underwater houses are safe from most mobs, can look awesome with beautiful ocean views, and are relatively hidden away if you're playing on a multiplayer server.

Updated June 27, 2022 by Jacqueline Zalace: Minecraft has seen some large updates recently, introducing us to the Deep Dark. With all this new content, we've updated this guide to contain more helpful information, including how to get a Conduit, which will make building your underwater base go by in a breeze. 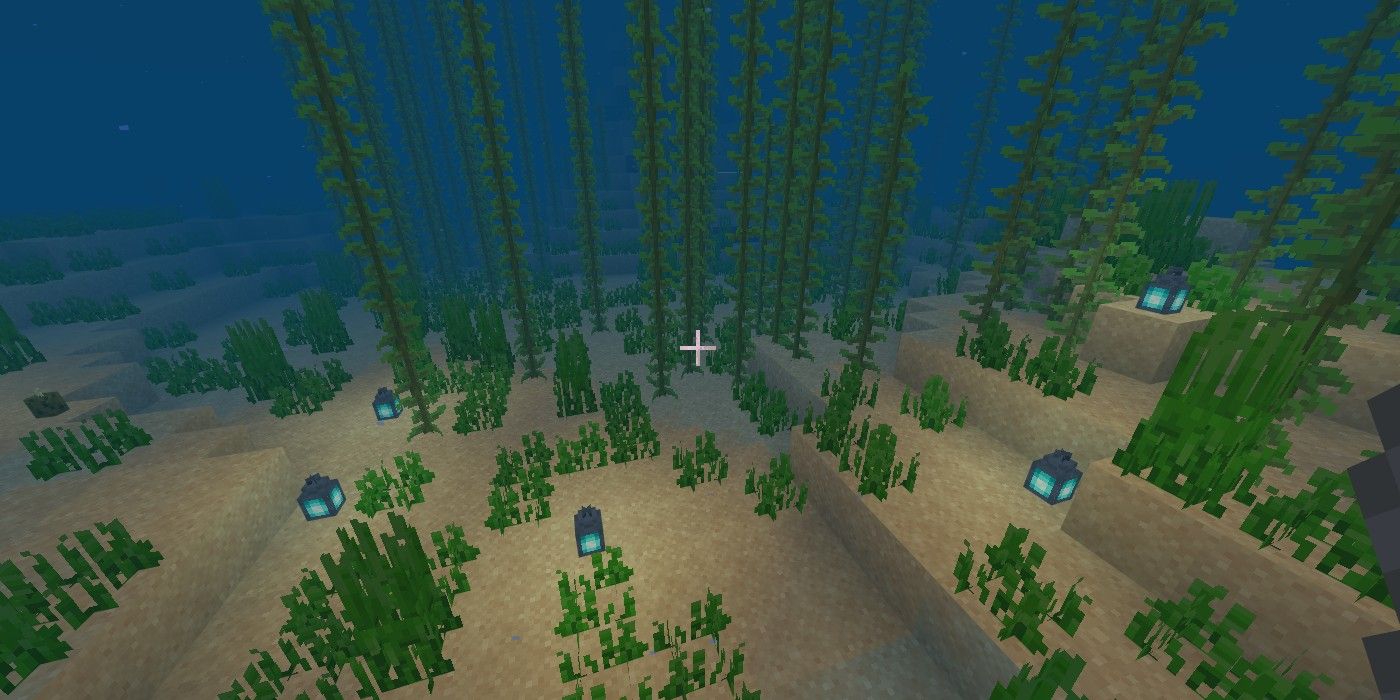 Like any home in Minecraft, players will have different ideas about where's a good spot and where isn't. When choosing a place for an underwater home, you probably want somewhere that is relatively close to land – it makes the building process easier – and somewhere that has some nice views.

A Coral biome is obviously a great choice if you're going for pure aesthetics, whereas close to an island or coastline is a good idea if you want somewhere that is easy to set up. Because building an underwater home probably isn't something you should attempt right from the start of the game, you do have a bit more freedom when it comes to picking the perfect location.

7 How To Get Rid Of Water 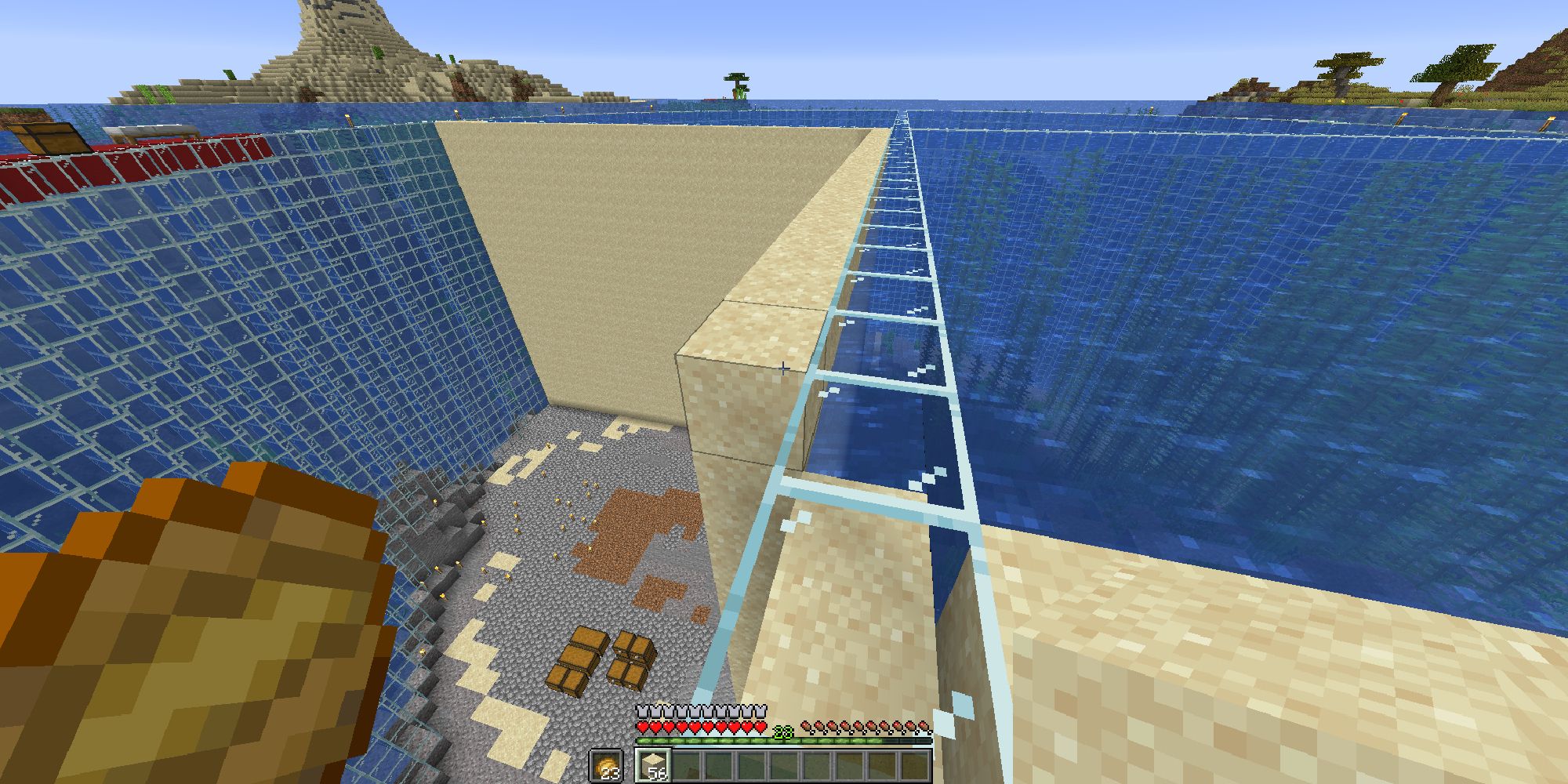 In an ideal world, you'd use sponges to remove water. The blocks have been in the game for years, but in modern survival Minecraft they're very difficult to get. You will need to complete an Ocean Monument to get sponges, or at least kill a few Elder Guardians as they guarantee a sponge drop.

For the early game, you can just use sand or gravel to remove water blocks. To do this, you will need to build the general frame of your building, and then drop either sand or gravel to fill every space. Once you pop a roof on the building, you can then go through and dig up all the sand, which leaves an empty air block.

Sand works best for this because you can place it at the top of a structure, and it will fall down to the bottom, so you don't have to manually place every block in it's spot.

This is a tedious process, so we recommend doing this in sections. With sections, you do not have to gather sand for the entire project; you just need enough sand for one portion at a time. 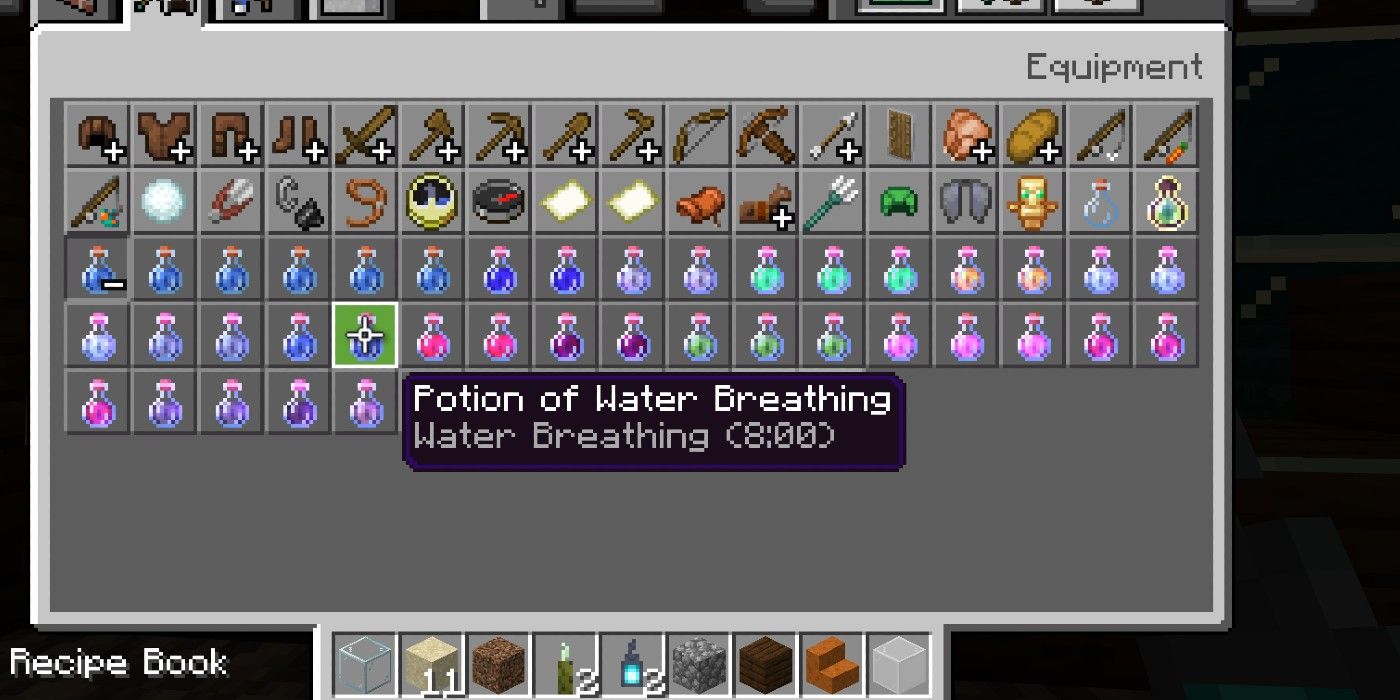 Before you get your hands on powerful enchanted gear, brewing a simple Potion of Water Breathing makes the entire "building underwater" thing a lot easier. You need two items (and a Brewing Stand, of course) to make the potion: Nether Wart and Puffer Fish. You can add a single Redstone to make the potion last for eight minutes.

Nether Wart is found all over the Nether, although it's probably most common in the Nether Fortress. The Blazes do some good gardening over there, managing small patches of Nether Warts. Puffer Fish are easily found by fishing, and if you've spent any time at all fishing already you will have a stockpile ready to go. 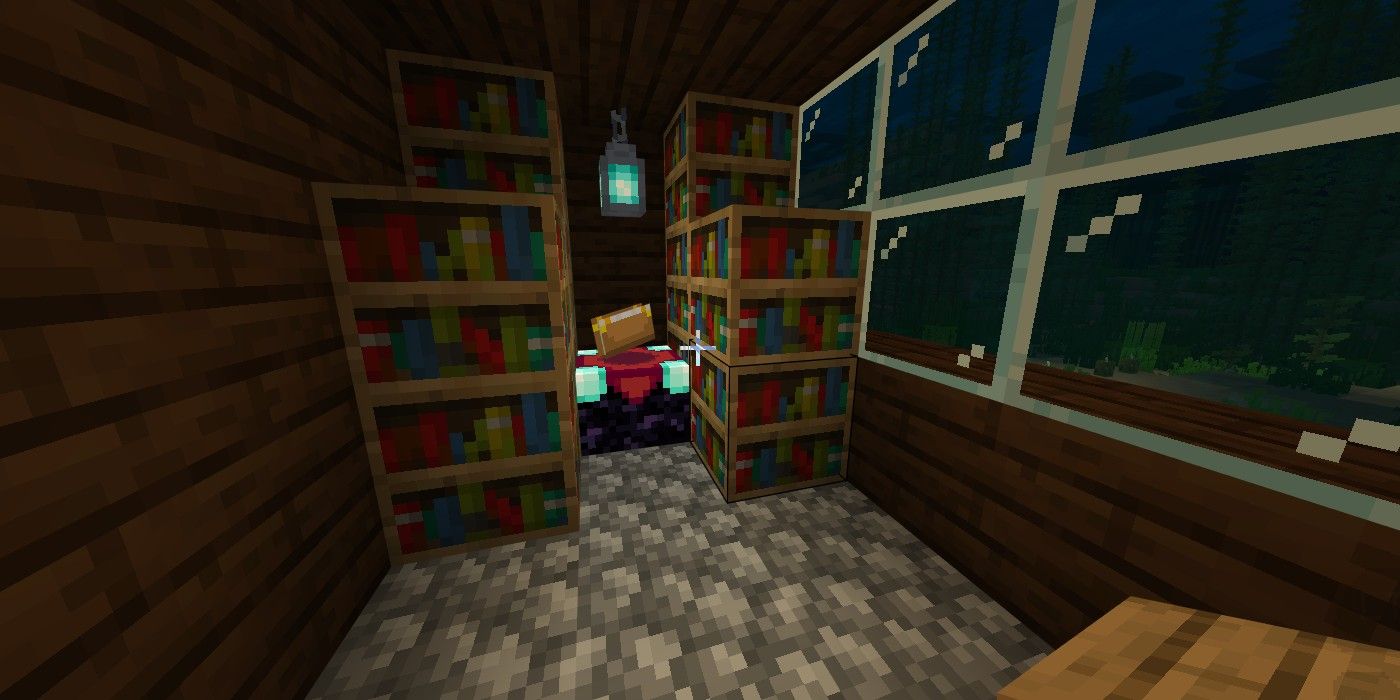 Aqua Affinity removes the underwater mining penalty, which makes clearing an area for your house so much easier. Respiration provides the same water-breathing boosts as the potion, but it's a permanent buff rather than something you have to keep topping up. Lastly, Depth Strider helps you to move much faster underwater, which speeds up your building process. 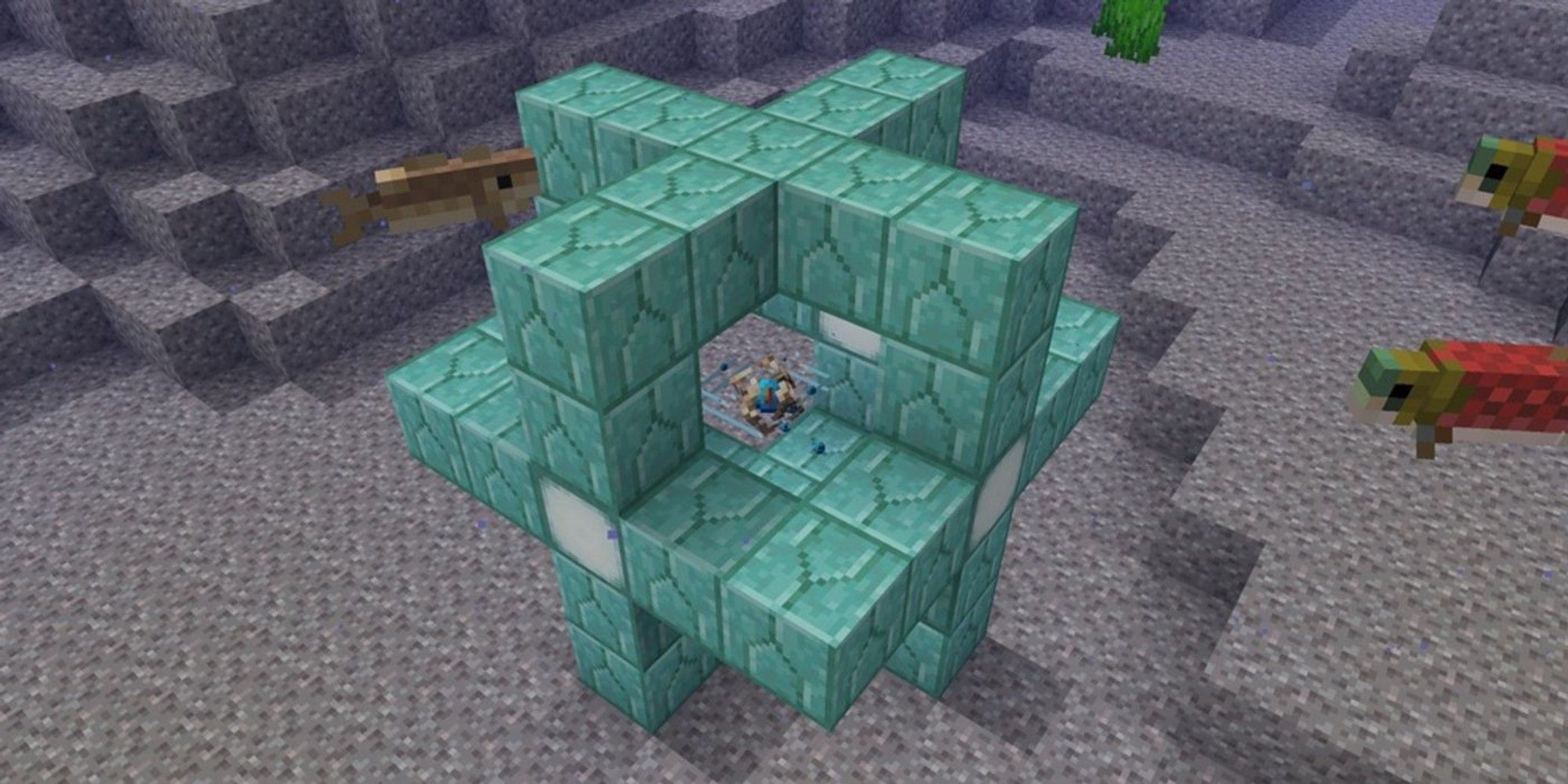 One of the most important items to get your hands on if you want an underwater base is a Conduit. This is essentially an underwater beacon that provides you with the Conduit Power, as well as attacks nearby underwater mobs.

Conduit Power is a buff that grants you the following effects while underwater.

These three buffs allow you to stay underwater for long periods of time and give you high visibility. To make a Conduit, you will need eight Nautilus Shells and one Heart of the Sea. For more information, be sure to check out our guide on how to find a Heart of the Sea and make a Conduit.

3 Which Lights To Use Underwater 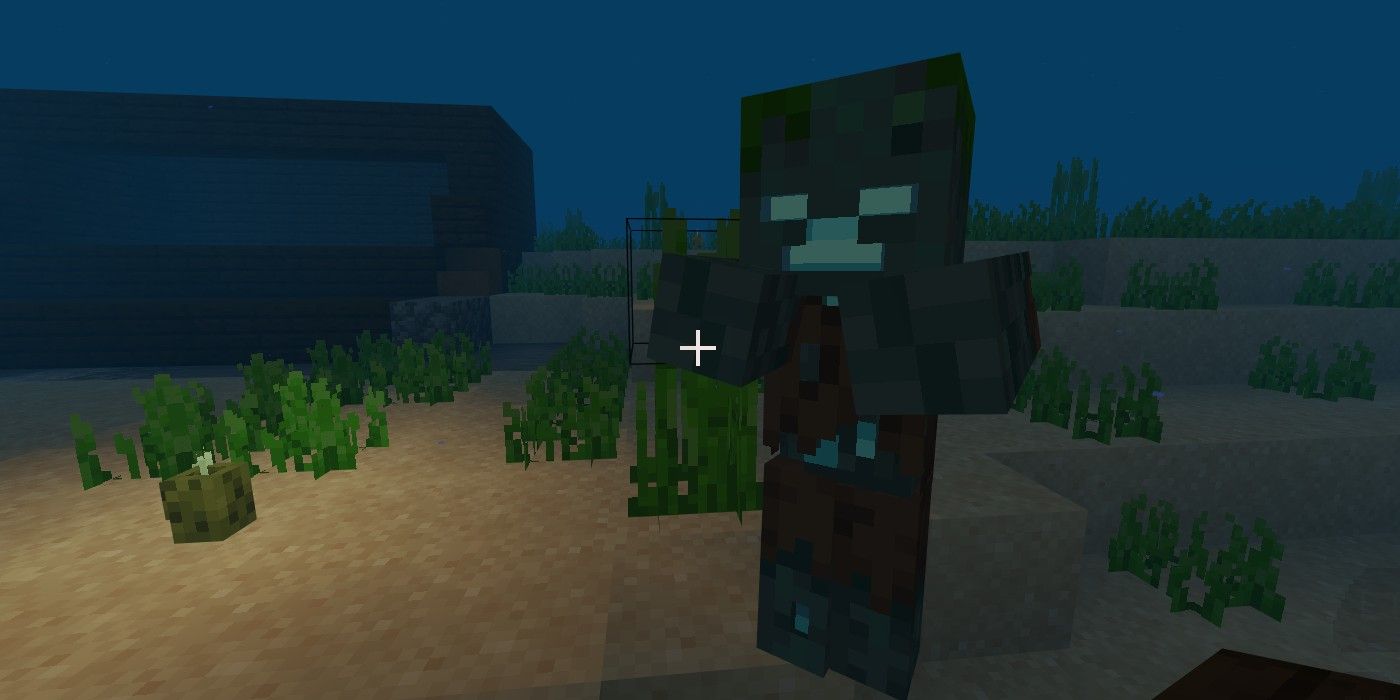 Torches don't work underwater (presumably, since they're made of fire) so you'll need to use some other sources of light if you want to be able to see what you're doing. Soul Lanterns, for example, look great underwater. You can also use Sea Pickles if you're going for a more natural look.

Other options include Glowstone, Sea Lanterns, Froglights, and of course, the handy door or sign trick. Doors, signs, and ladders can be used to make underwater air pockets that you can place a torch inside if you want to. This is great for the early game before you have access to the rarer or more expensive forms of light. 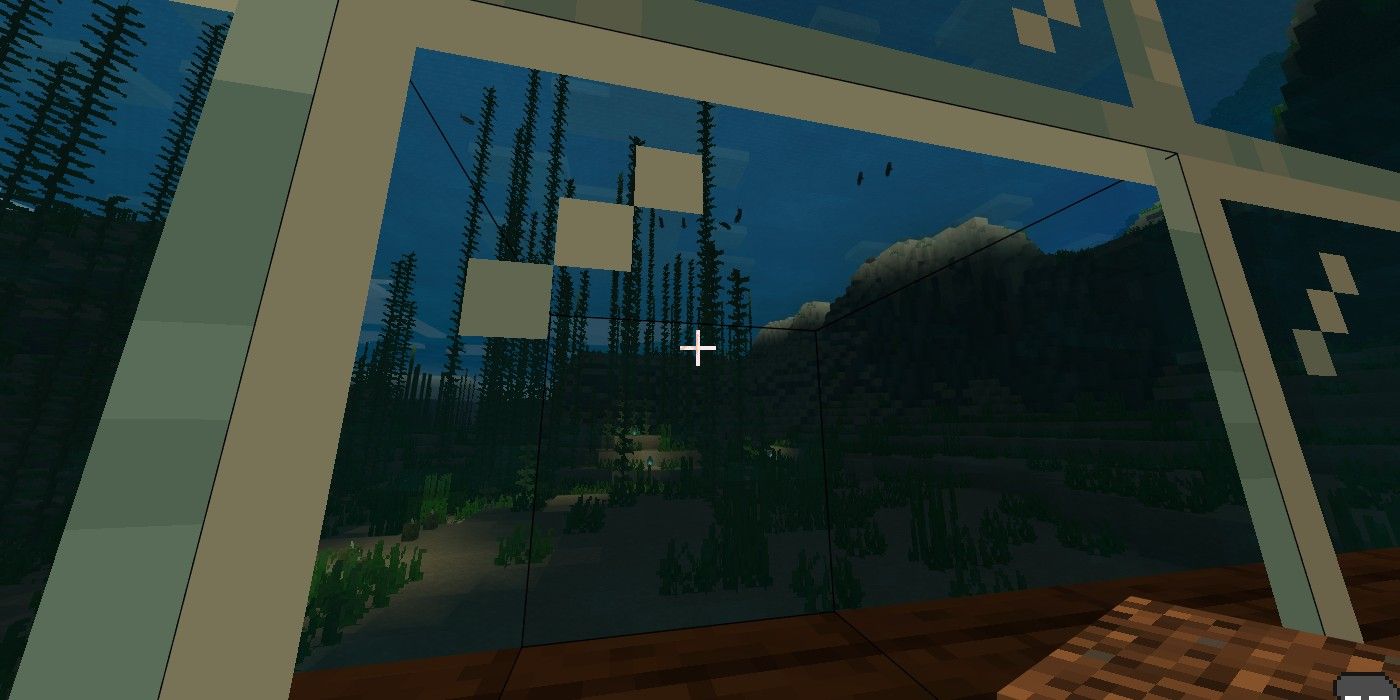 How do you get to your underwater base? By building a Magma Block or Soul Sand elevator, of course. Magma Block sends your character shooting downwards whereas Soul Sand will send you up to the surface. Both of these are found in the Nether, so you'll need to conquer the Nether to get some.

Ideally, you want to build a glass tube that goes from the surface down to your base. On either end, at the top and bottom, place a door to exit the elevator. This will also stop water from leaking into your new home. Building an elevator means you don't have to swim to and from your base and can quickly access it from the surface. 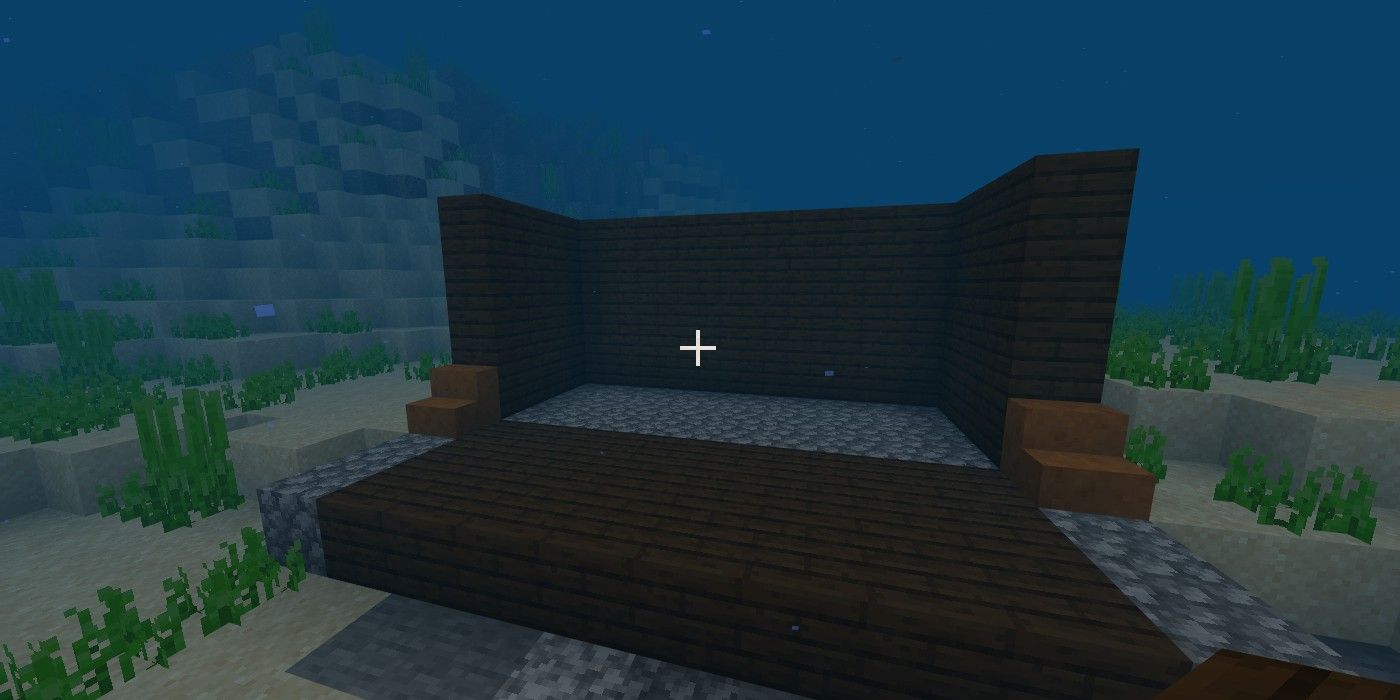 Now you've got your home set up underwater, it's time to make it look great. You can use all sorts of things to decorate your home both inside and out. Vines can be placed underwater if you want to make your home look more natural, and you can grow an entire forest of kelp to keep your base hidden from other curious players.

There are certain blocks that can't be placed underwater, such as buttons and levers. As a rule of thumb, if water can wash it away, then you will not be able to place it in water.