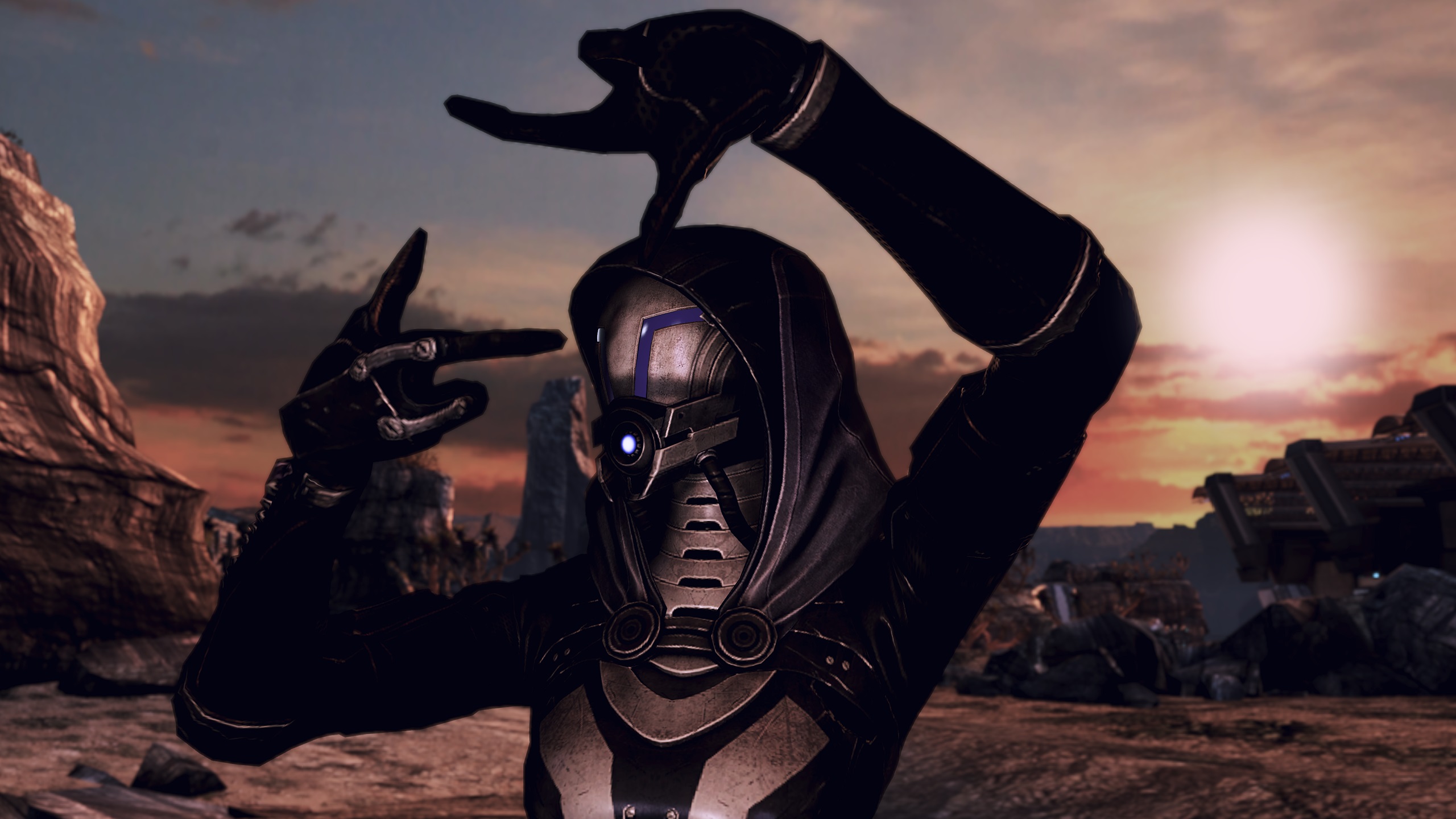 Fans have discovered some small but important changes in Mass Effect Legendary Edition, including Tali’s face.

One aspect that has been catching fans’ attention is from Mass Effect 3. No, it’s not related to the controversial ending, but it does involve something else that irked players back in the day: Tali’s face.

Tali is one of Commander Shepherd’s squad-mates, accompanying you throughout all three games, and recognisable by her unique helmet which kept her face almost completely obscured.

If male Shepard romanced her, however, you could come across a photo of her without the helmet. But, despite being a member of an alien race, said photo depicted a typical attractive human woman, just with funny eyes; a minor edit of this stock photo.

For the Legendary Edition, BioWare, clearly aware of fans’ disappointment, has altered the photo. Now, it is of Tali’s character model, just without the helmet. And while she still looks human, at least it’s not a generic stock photo and doesn’t try to pretend she doesn’t have three fingers.

It should be noted that the Legendary Edition also makes Tali’s face a little clearer in-game. It’s possible to make out parts of her face through her helmet, as opposed to the original console release of the games, where you could really only see her gleaming eyes.

This isn’t the only minor change BioWare has made, although the second is more of a correction. It also involves some spoilers for the first Mass Effect so feel free to click away now before we get into it.

In Mass Effect, you encounter a human-hating pirate called Elanos Haliat, who is responsible for the Skyllian Blitz attack that occured before the events of the game. Back in 2007, Haliat was portrayed as a human, despite it not making any sense in terms of plot and some of his own dialogue even suggesting he wasn’t human.

This sparked theories that this was a mistake on BioWare’s part and Haliat was supposed to be a different race, specifically a turian since his name references two turian weapons manufacturers. Turns out those theories are right as Haliat now appears as a member of the turian race, as shown in a before and after picture on Reddit.

It’s good to see BioWare going the extra mile to address even small issues like this, things that only dedicated fans would notice or care about.

BioWare may even add back in Mass Effect 3’s multiplayer mode, as project director Mac Walters has said that it could theoretically be recreated in the future, if BioWare has the time and resources, and if there is enough demand for it.

Mass Effect: Legendary Edition is available on Xbox One, PlayStation 4, and PC.