Earlier this week, Nintendo showed off a new look at Mario + Rabbids Sparks of Hope, launching on Switch this October. Though the series continues the tradition established by Mario + Rabbids Kingdom Battle of omitting a necessary colon in the title, it does look like it will add some cool stuff which sort of makes up for it. In the brief snippet of gameplay shown at the Nintendo Direct Mini, Mario slides tackles a Bob-Omb, causing it to glow red and tick down, then picks it up and chucks it at two other Bob-Ombs and a Rabbid lurking nearby, where it blows up in an area-of-effect attack that causes all the enemies to disintegrate into currency.

This one small bit of gameplay got me significantly more excited for this game than I previously was. Despite liking its 2017 predecessor well enough when I played it, looking back, I'm struck by how few of the enemies drew from Mario's existing roster. Instead, most of the enemies were variations on the basic Rabbid. You had the big, goofy Smasher, a hulking Rabbid which carried a pillar around the battlefield to, you guessed it, smash Mario and pals into the dirt. You had the basic Ziggies, which were garden variety Rabbids, but toting blasters. You had the Buckler, another massive Rabbid, but equipped with a giant gun and shield.

All of these enemies worked well on the battlefield, pushing players to change up their strategies, varying the pace, and preventing Mario and co. from getting complacent. But, in retrospect, it's wild how little Mario + Rabbids Kingdom Battle drew from one of the largest rosters of memorable enemies in gaming. The Bob-Omb’s appearance is encouraging, not just because it's a familiar face, but because it shows that the team at Ubisoft is considering how to incorporate Mario's enemies and is thinking through how that roster would translate to the series' tactical style of gameplay. 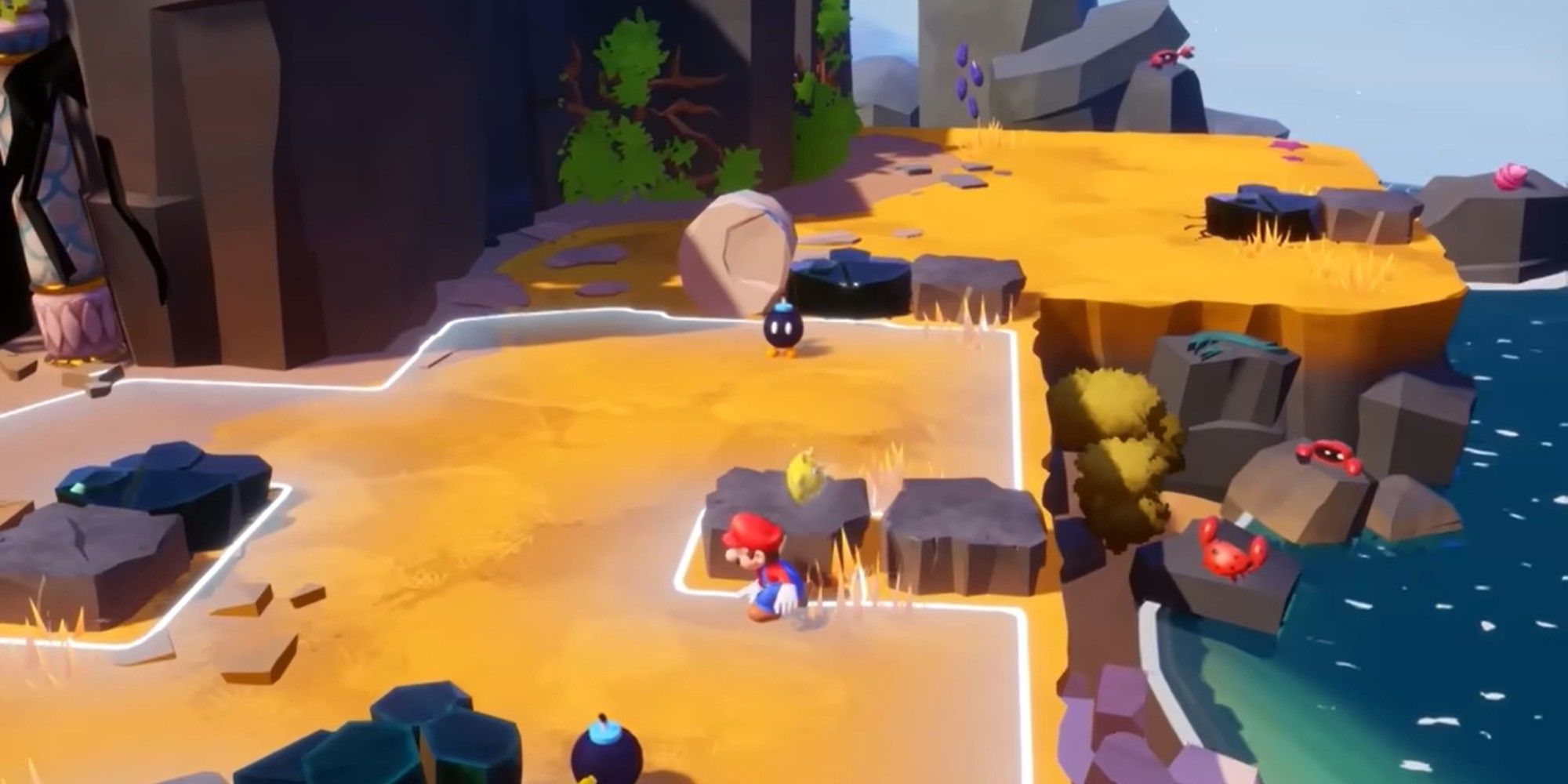 I'm hopeful that the inclusion of the Bob-Omb heralds a healthy infusion of the plumber's iconic foes. Bowser showed up in the trailer (and as a boss in the first game), but I'm hoping that the below-the-line enemies get brought over, too. Give me an underwater level with Cheep Cheeps as the opponent, or a fight spanning an archipelago where Mario and pals have to hop on Dorrie's back to move from island to island. Give me a boss fight where you have to take out every section of the caterpillar-like Wiggler. Give me Koopa Troopas whose shells pinball around the battlefield when you take them out. The Bob-Omb, I hope, is just the tip of the Freezie.

More broadly, the new footage of Mario + Rabbids Sparks of Hope has me hoping that other Nintendo series eventually get the tactical treatment. Obviously, Nintendo already has some great tactical series like Fire Emblem and (the indefinitely delayed, but eventually returning) Advance Wars. If successful spin-offs like Mario + Rabbids and Gears Tactics are any indicator, though, there are tons of other series that would benefit from the move to turn-based tactical combat. Even if, initially, they might seem like an odd fit. 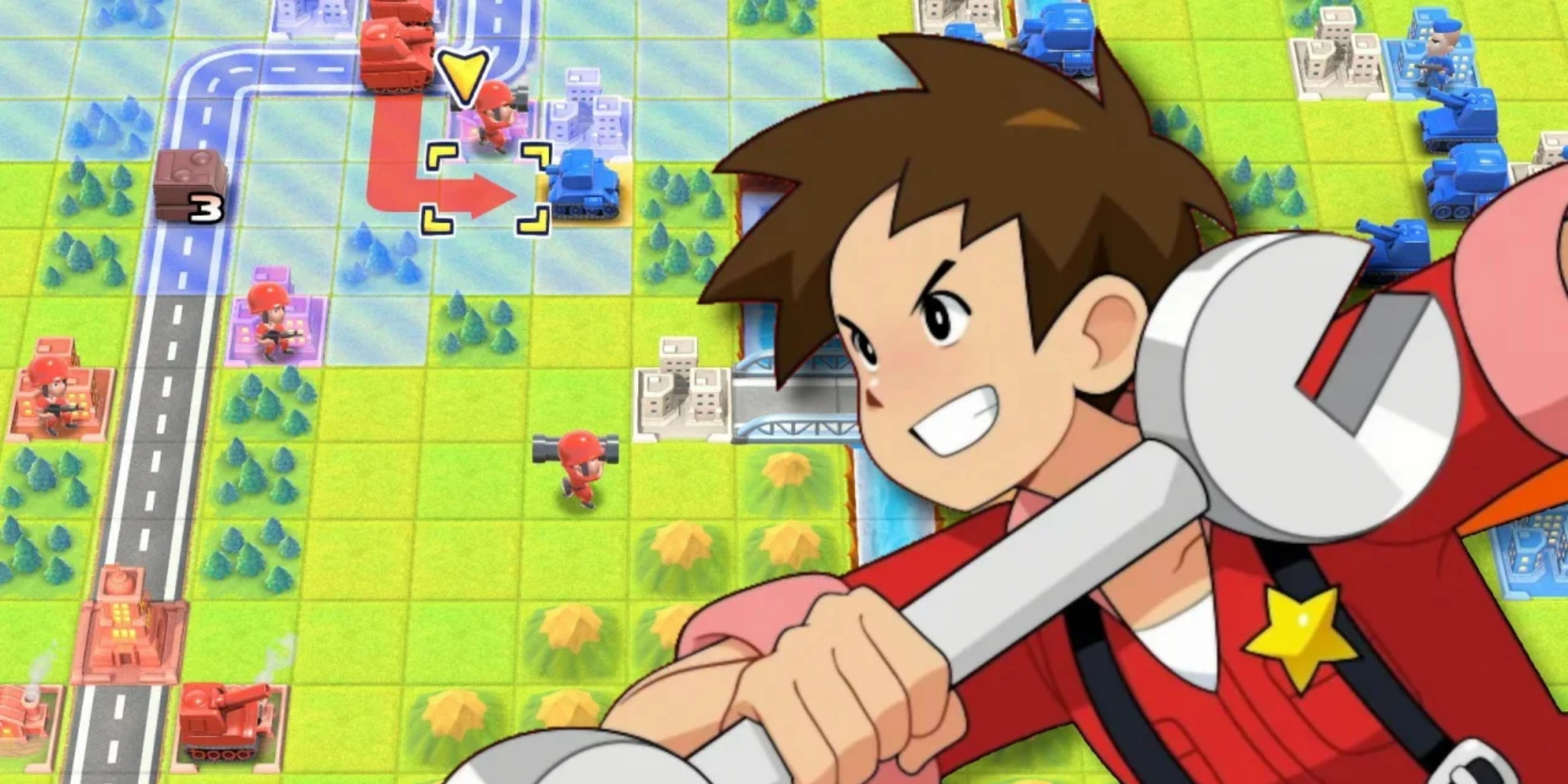 Let's have a Zelda strategy game set in the version of Hyrule we explored in Breath of the Wild. Though the grid-based art style of 2D Zelda games like Link's Awakening more obviously lends itself to tactical combat, Breath of the Wild's if-you-can-dream-it-you-can-do-it style of gameplay could make for an exciting Divinity: Original Sin 2-style tactics title. You throw a bomb into a dam and it floods the battlefield. Then, you shoot an electric arrow into the water, electrocuting your enemies. Bokoblins could be the grunt enemies, Octoroks could dole out ranged damage, and Lynels could cover vast swaths of the battlefield in a short amount of time. If you take damage, you could light some nearby cover on fire, opening yourself up to damage but giving yourself the opportunity to roast a durian for boffo buffs.

In a Metroid tactics game, the battlefield could be littered with upgrades that players would need to find to gain access to certain areas of the battlefield and/or use certain attacks. I’m imagining a screw attack upgrade that allows the player to reach an elevated area of the map, then rain missiles down on their enemies. Or, a speed boost upgrade that could allow you to sprint across the map, damaging any enemies in your way. 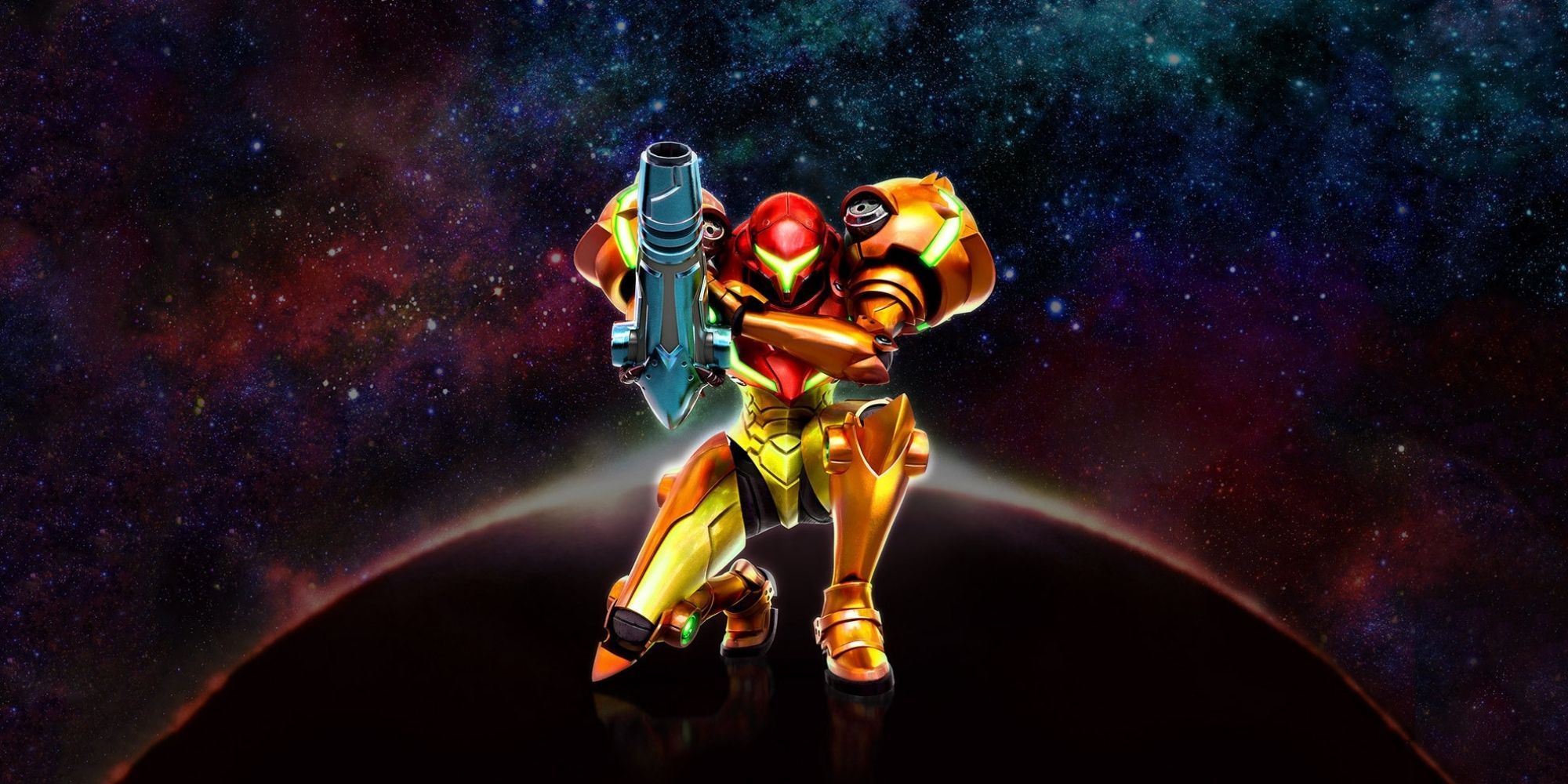 Animal Crossing would demand a social strategy game, something similar to Crusader Kings, in which you would plot how to get rid of villagers you don’t like and find the proper gifts to give in order to secure a neighbor’s loyalty. A Kirby game could borrow Fire Emblem’s rock-paper-scissors combat, requiring the little pink dementor to absorb enemies in order to gain the powers necessary to take down specific foes. A Wario game could find the greedy businessman managing several shady businesses in an attempt to rack up coin, a la simulation games like Zoo Tycoon.

Long story short, most Nintendo series translate to strategy if you think hard enough. Ubisoft adding Bob-Ombs to Mario + Rabbids Sparks of Hope makes me think they’re on the right track. If only they would add that colon.

Related posts:
Best News
Destiny 2 Cheat Seller Says Bungie Benefited From Its Products
Psi-Ops, Second Sight, And The War Of The Psychic Action Games
Stray: How To Get The Atomic Battery
GTA 6 having a female protagonist is great but I’m afraid of the toxic blacklash
Cult Of The Lamb: 6 Best Weapons
Recent Posts