The long dormant servers for the free-to-play title by Turtle Rock Studios, Evolve Stage 2, have mysteriously come back online, baffling the small community of players. These were taken offline more than four years ago by its publisher 2K Games in a move that effectively killed Evolve Stage 2.

Turtle Rock Studios released Evolve back in 2015. The game was well received by critics, but Evolve never managed to attract a particularly strong playerbase, prompting Turtle Rock Studios to pursue a free-to-play model that soon became Evolve Stage 2. This however performed every bit as poorly as the regular version. 2K Games finally pulled the plug in 2018.

The community continued to enjoy Evolve by taking advantage of its peer-to-peer functionality, but since the free-to-play version, Evolve Stage 2, relied on a series of dedicated servers, the game was basically dead. While players could still fight bots, the charm had always always been the multiplayer.

When a relay server handling the matchmaking for Evolve went down earlier this month, players on the Evolve Reunited 2.0 Discord channel brought the problem to the attention of 2K Games. The company ultimately returned peer-to-peer functionality to the title, somehow bringing the servers for Evolve Stage 2 back online in the process.

"The servers are in fact back on for Evolve Stage 2," Pinocchioh from Evolve Reunited 2.0 recently told PC Gamer. "I have played it myself with multiple of my server members. This has not been possible since 2018.” Pinocchioh went on to say that "it's not fully back in terms of store or ranked matchmaking, but we are able to search and host games once again." 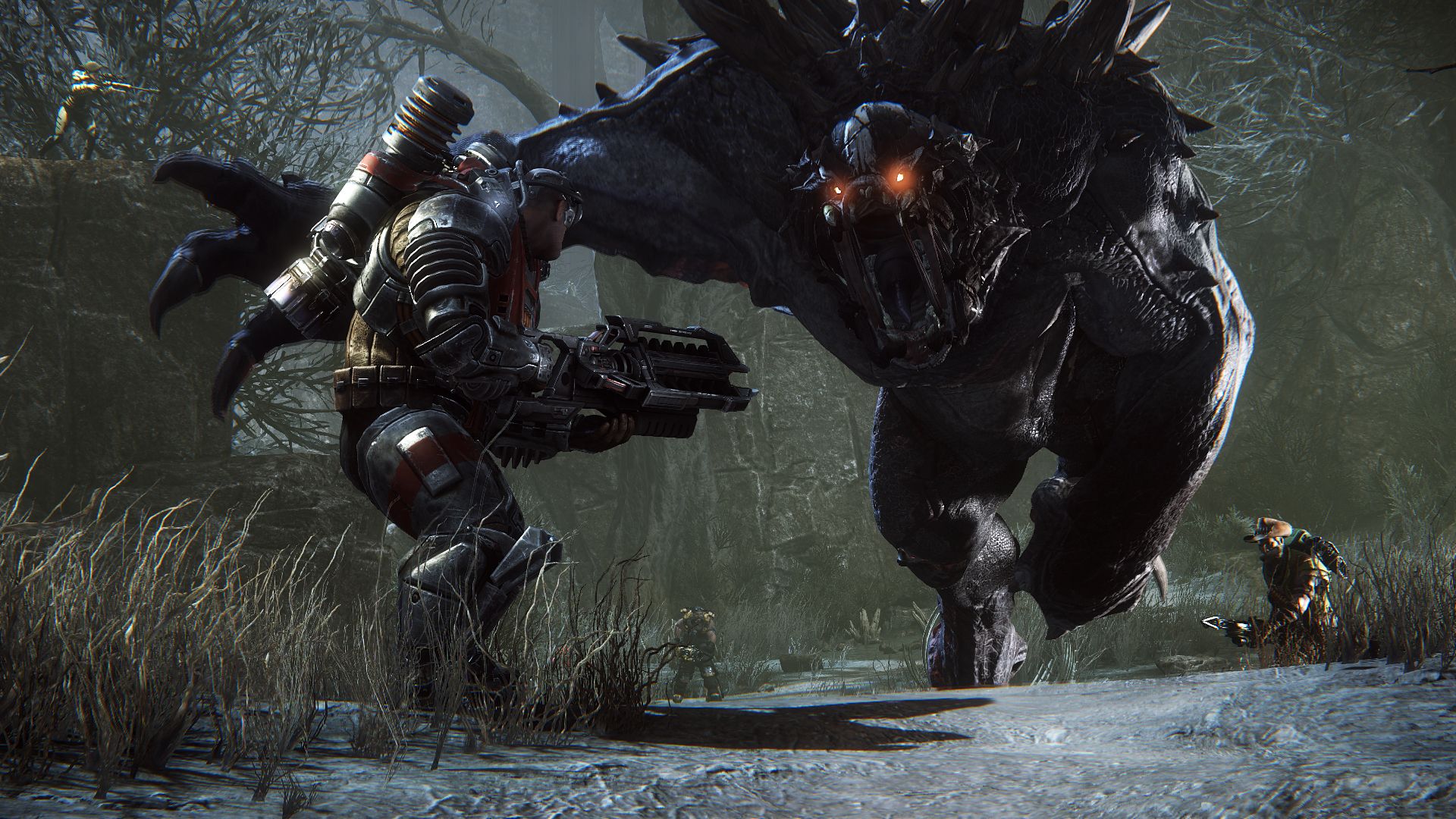 There has yet to be any explanation about this rather strange turn of events from either 2K Games or Turtle Rock Studios. Evolve in fact remains unlisted on Steam. 2K Games apparently confirmed the news about the relay server, but said the dedicated servers have not been touched and remain offline.

Players have been suggesting that someone at 2K Games may have brought the dedicated servers back online without telling anyone. The relay server coming out of service could also have impacted Evolve Stage 2 in some capacity. In any case, the community is making the most of this lucky break. The game has been experiencing a sudden and precipitous rise in its concurrent player count ever since the news broke.