Little Nightmares 2 review: Mono’s story is a release date must 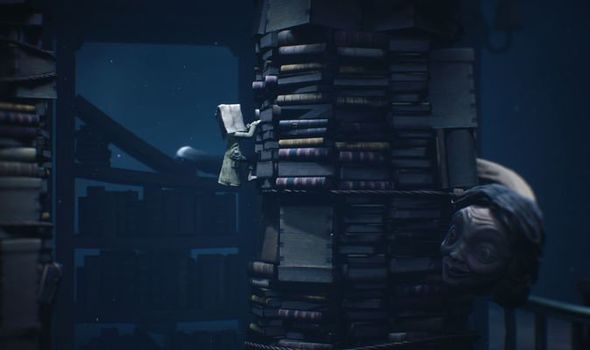 A world in which new terrors lurk around every corner, Little Nightmares 2 has expanded on what made the first game iconic, while avoiding losing the soul of the original experience.

Dropped into a much larger world with a fresh protagonist, Little Nightmares 2 explores more of those individuals and places that terrified you as a child.

The Woods, with its foreboding trees and shadows, a school, filled with bullying children and severe teachers, and a Hospital, where caricatures of pain and suffering surround you.

These are the locations you must explore with Mono, a small child stuck in a world filled with monstrous giants.

And regardless of the game’s minor quibbles and issues, LN2 is the next instalment in the franchise fans have been waiting for.

Little Nightmares 2 takes what worked in the past and brings it to a bigger stage, offering more complex, albeit, familiar puzzles.

But with the first being a short experience and Little Nightmares 2 clocking in at around five-six hours, it’s not like you’re being overwhelmed by samey content.

Little Nightmares 2 might feel like a bit of a retread, but there are enough new experiences here to enhance what the original achieved.

And the development team at Tarsier Studios has been careful to keep a balance between new content and depending too much on the past.

This can be seen in the new protagonist Mono, who shares most of the same abilities as Six.

While Mono can’t pull out a lighter from his pocket, he can climb, jump around, and cling to surfaces.

But one key area is different; Mono can fight back by wielding objects.

Six spent a lot of time evading her foes, which usually ended with a madcap run through twisted locations.

Mono can feel just as powerless when trying to transverse an area filled with deep shadows and junk.

But there are critical times where Mono has the chance to even the odds, and remove his tormentors, even if it’s only for a fleeting moment.

But while you have been given a chance to fight back, it still comes with the same level of challenge as other areas.

Swinging a hammer is cumbersome for a small boy, and you must time your shots correctly, or risk complete failure.

Cracking porcelain skulls and squishing hands are all part of the game now, but those times you have power are short.

Most of the game will be spent running and hiding, much as you did with Six in the original Little Nightmares.

But the experience is different, with a more dynamic range of encounters proving to be both exhilarating to win and difficult to crack.

Being hunted through a swamp and having to duck behind boxes is an excellent change of pace from the first game and perfectly illustrates why returning fans will enjoy this version.

Ducking and diving; sliding through tiny cracks, it’s all part of the Little Nightmares experience, with more to worry about and enjoy, in equal measure.

Another way the sequel expands on the first game is by providing you with a companion.

Mono is not alone, with Six tagging along to provide a helping hand with areas that need to be scaled.

But the way Six is used as a new way to solve puzzles doesn’t go beyond the basics. 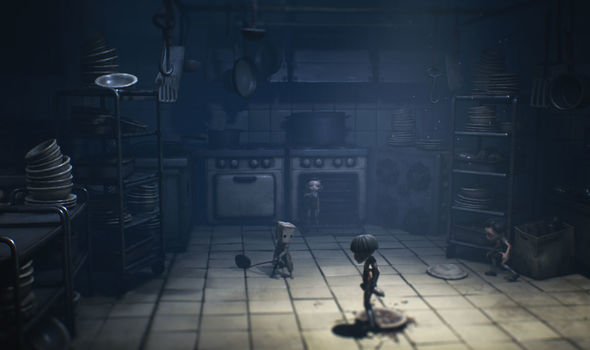 Six is key to solving some challenges, but they never require any real coordination between the two characters, beyond pressing a button or two.

While this might come as a disappointment for fans, I think Six’s role runs a lot deeper than as an interactive AI.

Six’s story is just as an important as Mono’s, as you see her go from a cautious, lonely figure, to a confident and fiery friend.

Her evolution is excellent to watch, and the subtle changes only add to the importance of her inclusion.

The only downside to having a companion is that it can sometimes break the atmosphere of a situation, which is a critical part of the game.

Sometimes you can find yourself hiding, only to look over and see Six in the full glare of one of the monsters.

This can only happen occasionally as you are regularly split up from Six, which makes these instances limited.

But it can still happen and can lead to you being taken out of the moment, with the built-up suspense ebbing away.

Most of the time, this isn’t a problem and can only really occur when you’re taking on the stars of the game.

This would be the monsters that lurk across all the different locations of the game, providing little hints regarding the world.

The small details that make Little Nightmares great are still there, with family portraits and innocent items offering an idea of what might have come before.

The monsters themselves, bosses whom you can never really fight one-on-one, are still brilliant.

Twisted caricatures of how a child might see these people, inhabit disturbing lairs that you need to pass through.

Some of them are tuned to perfection, with the Teacher and her elongated neck offering a chase scene like no other, complete with creaking ligaments and stretching skin.

When I first previewed Little Nightmares 2, my favourite was in the school, stealing around the Teacher, while witnessing her terrifying tendencies.

But having played the full game, this disgusting segment has been surpassed by another far more disturbing scene.

And it doesn’t even involve one of the grotesque bosses that you encounter throughout.

One of the eeriest scenes involves Mono exploring the hospital with a flashlight, surrounded by prosthetic-limbed hospital mannequins.

These creatures can only be stopped by shining your light on them, freezing them on the spot. But as soon as you turn your attention to another, they will start seeking you out again, using stuttering steps.

As it may sound, this scene is both creepy and intense and involves using your wits to avoid being captured. It encapsulates what I like about Little Nightmares 2 and shows how a game can evolve without leaving behind its core values.

Little Nightmares 2 is a brilliant extension of the first, adding new ways to explore a story that remains vague and horrifying. But let’s not fall into the trap of overhyping Little Nightmares 2 beyond what it is – a good sequel.

LN2 probably isn’t better than the first, but that doesn’t mean it’s worse for that label. It lived up to my expectations because I tried to keep them in check; I wanted more Little Nightmares, and I got more.

The controls can sometimes feel a little too clumsy for what you’re trying to do, and there are times where you die, having done everything correctly.

But the core of this experience remains a lurid soup; with much of Little Nightmares 2’s subtle lore and gameplay warranting another run-through, just to make sure you don’t miss anything significant.