Lightyear Frontier is a game that I think will pass a lot of people by on first glance, mostly because competition for column inches and headspace is extremely fierce during Summer Game Fest. If you're not Starfield, The Last of Us, a Rick & Morty shooter, or have the talents of Roger Clark or the IP of Aliens behind you, you're already fighting against the current. After seeing a hands-on event of Lightyear Frontier last week, I'm not even sure if it will stick all that long in my memory, but I want it to, and maybe that's enough right now.

Lightyear Frontier is billed to journalists as a modernisation of the farming genre, more specifically, the "first chill farming adventure management sim." It's not like Stardew Valley, where the framing of the game is that you maintain a farm, but as the game goes on this becomes more routine-driven and self-sustaining. Farming is the central focus, and I'm led to believe it will remain as such even as you explore different parts of the game’s planet. It all seems like it plays into a simple and, for people into this type of game, enjoyable farming sim. You grow different crops and then sell the produce, gaining money for upgrades and more varied crops. You can play the seasons to ensure a more bountiful harvest or a better price, and can use your money to buy other resources like metal, or can venture off to mine for it yourself.

So far, there doesn't seem like anything of a revolution here, not even when you factor in that weather will play a significant role in your farming (crops will need protection from certain conditions, while rain will take away your need to water that day). It's perhaps more in-depth than a lot of games of this type, with you actively being involved in the planting, exploration, mining, maintenance, etc. rather than just playing Spreadsheet Simulator, but it's the philosophy of the game that makes me want to pay attention to it more than anything else. The GamersTM aren't known for being philosophy buffs, so it remains to be seen how it all shakes out, but I admire Lightyear Frontier nonetheless. Its core philosophy is built around the idea of "shooting to create," which I'd like to see other games adopt. 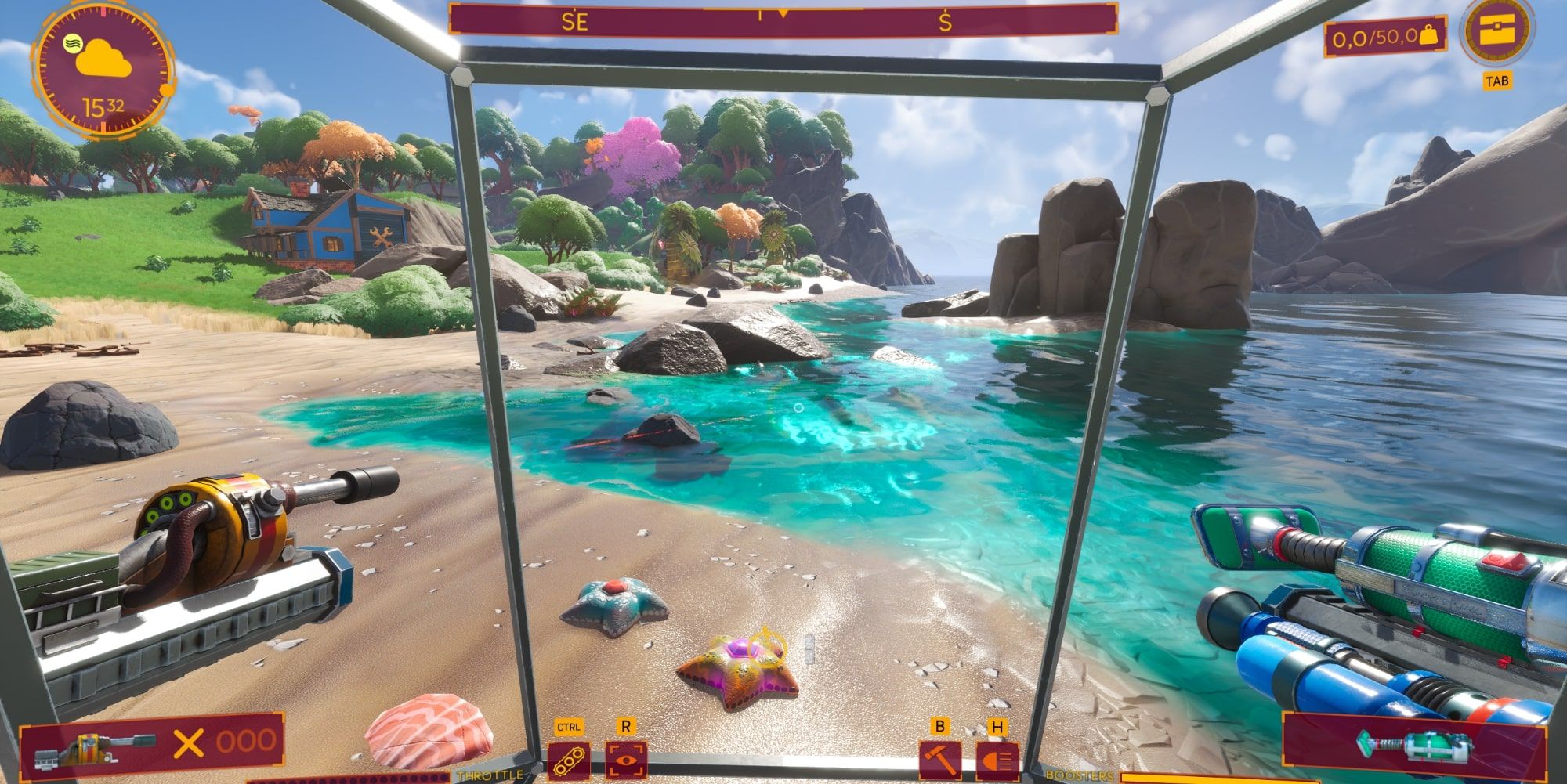 Basically, when planting a seed, for example, you aim down your sights like a typical FPS game and fire the seed into the dirt. It's using classic video game language in a completely fresh way, and I'd love to see more variation on this in the rest of the game. We only saw a brief snippet of the first area in the preview, but adapting methods of gameplay we have used for decades to adapt it to more peaceful usage is a fantastic idea. No disrespect to the genre, but I wish it was being used in something more engaging to me personally than a farming management sim, but perhaps that's the point. This is a life of peace, not excitement.

Still, there is some excitement to be found, but the most energetic aspect of the game was also the one I found to be the most dull. You have a tractor that is essentially a transformer-type… thing, which is customised, updated, and adapted to each new location. The preview session emphasised this companion/tool significantly, but I'm not sure I got the fuss with the whole thing. It feels like something more fun to design than to use, although if you're the type of person who loves farm management, maybe endlessly tweaking the tractor transformer will bring even greater joy. 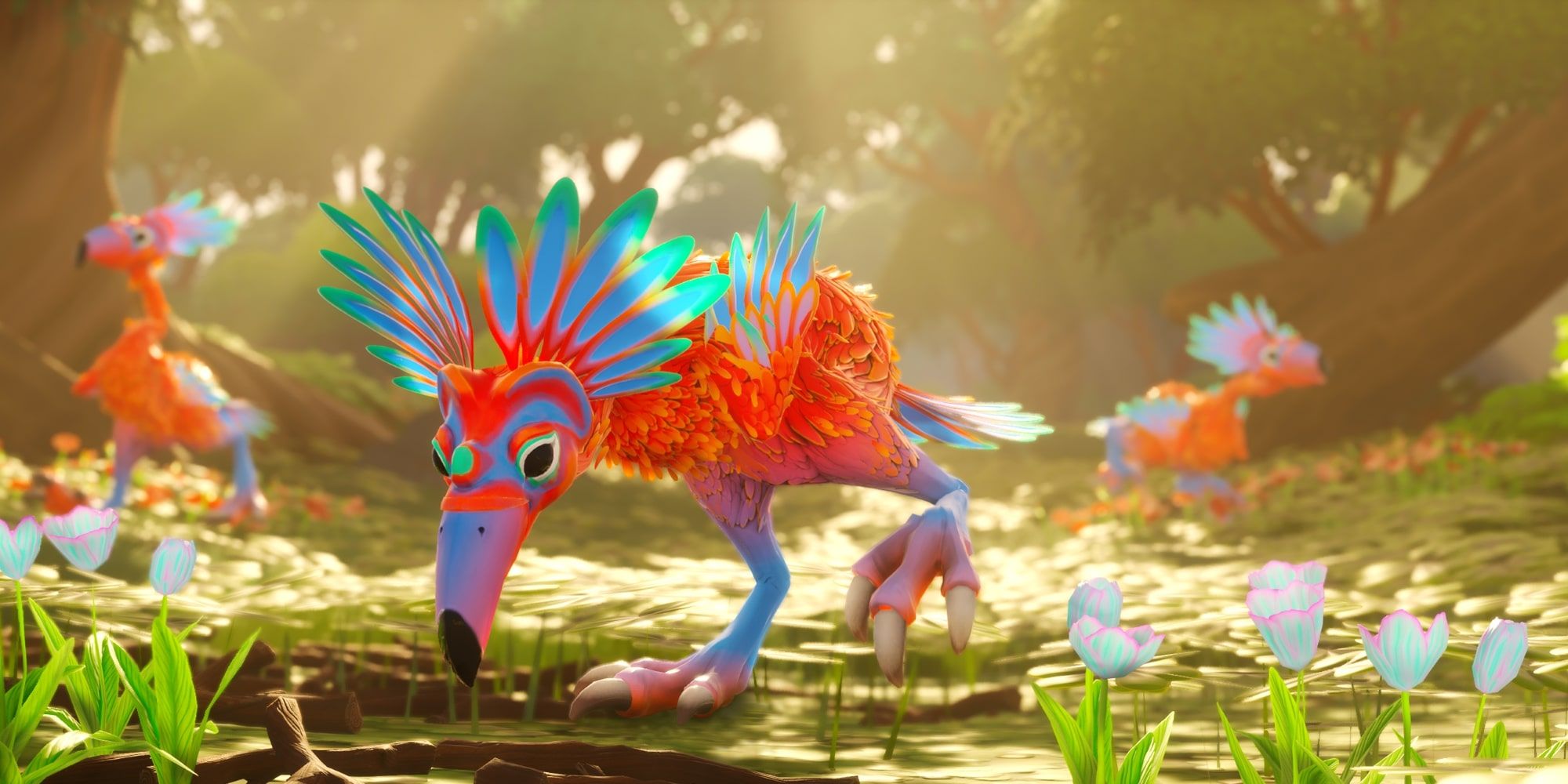 Lightyear Frontier seems to understand exactly what it is, and is confident enough to push into new places with it. All that remains to be seen is whether it can sustain that over a full game, and whether players will follow it.

Lightyear Frontier is due to be released in Spring 2023 on Xbox and PC, and will be available Day 1 on Game Pass