Home » News » Lego Star Wars: The Skywalker Saga’s Episodes Are Short Enough That It Feels Like Watching The Movies

Lego Star Wars: The Skywalker Saga’s Episodes Are Short Enough That It Feels Like Watching The Movies

I've been playing Lego Star Wars: The Skywalker Saga on Switch for the last month, mostly in little bits and pieces (pun intended). Eventually, I'm hoping that I can take those little bits and pieces and put them together to complete a set called Another Game Off My Backlog. But, for now, I’m mostly just picking away at it when my wife is watching TV.

Before I started playing, I was expecting The Skywalker Saga’s length to be unwieldy. I haven't touched a Lego game since the GBA era. That's where I played the earlier brick-builders set a long time ago in a galaxy far, far away: Lego Star Wars: The Video Game and Lego Star Wars 2: The Original Trilogy. Given that those were full-length adventures based on three movies, I fully expected The Skywalker Saga, which packs in nine movies worth of story, to be ridiculously long.

But, so far, the runtime is kind of perfect. You know how people joked that you could easily read J.R.R. Tolkien's The Hobbit in the time it would take to watch all three of Peter Jackson's overstuffed movies? This is that, but in a good way. You could easily play through the Return of the Jedi section of this game in the two hours and 11 minutes it would take to watch Return of the Jedi. 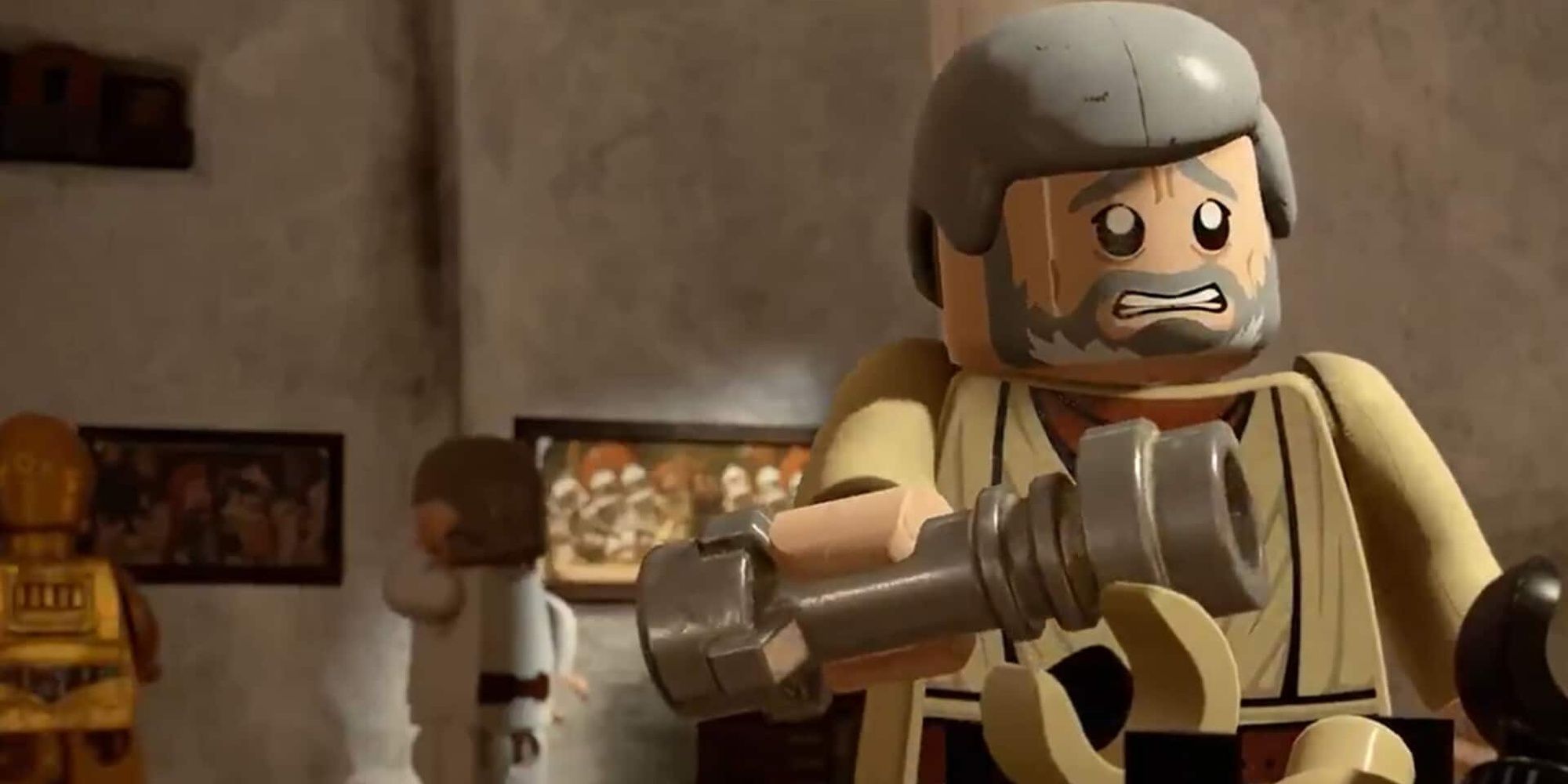 That's what I did yesterday. In the space of a few hours, I started Return of the Jedi, with Leia (in her bounty hunter disguise) arriving at Jabba's Palace, and played through to the Ewok celebration and Luke's fight against the Emperor. The game is extremely forgiving. It handles death like BioShock did (minus the Vita-Chambers) so if you die you just revive and keep going without losing progress in your current fight. That, combined with the short runtime for each episode, makes it an incredibly breezy experience. There are a ton of side objectives to complete if you want to spend more time in cool worlds like the Ewok Village or Cloud City, but if you ignore them you can blast your way through an installment in an evening.

The compactness of this game is a big change from the licensed games I grew up playing in the 2000s, the genre’s glut era. Some, like The Lord of the Rings: Return of the King and King Kong on GameCube, were great. (For some reason, game adaptations of Jackson's work have a very consistent track record.) Most, though, like Rugrats: Royal Ransom, The Incredibles, or Disney’s Tarzan Untamed, were pretty forgettable.

But, what they all had in common — a result of stretching movies that were, at most, around three hours long, into full-length games — was the need to bizarrely gamify un-gamey sections of their source material. That, or they completely skewed the focus of the cinematic version so that they worked as games. The 2005 King Kong movie spends as much time on New York and the ocean voyage as it does on Skull Island. But, in the game, I don't remember anything except the jungle. 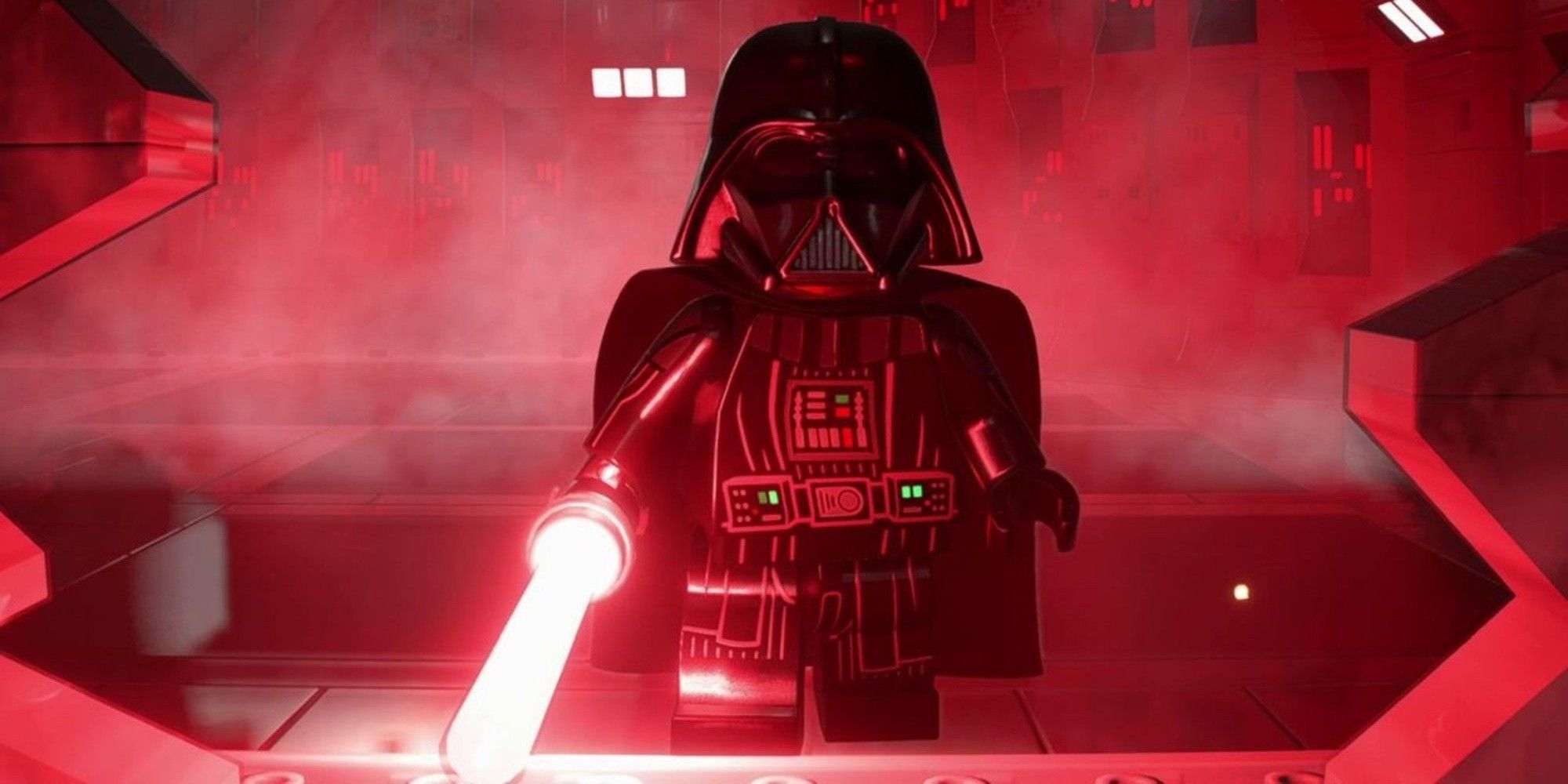 Lego Star Wars: The Skywalker Saga, by virtue of having such a wealth of source material, is able to only gamify the sections that make sense as video game levels. The Death Star run? It's here. Luke’s fights with Vader? Accounted for. The battle against the AT-ATs on Hoth? I want to crawl into a Tauntaun’s belly just thinking about it. The game expands certain sections, of course, but it feels fundamentally faithful to the highs and lows of George Lucas’ original trilogy. Though licensed games have gotten better in the past 15 years, that’s still a rare achievement.