You might be wondering where Dead or Alive 6‘s latest DLC character comes from since Koei Tecmo pretends that Dead or Alive Xtreme doesn’t exist in North America. But it does, and you should know about it.

Dead or Alive has always been a fighting game franchise that has over accentuated their female fighters’ assets. The first game released on the Sega Saturn and PlayStation 1 back in the ’90s to middling success, but Dead or Alive 2 hit the Dreamcast and PlayStation 2 with its vastly improved hardware. Notably, the consoles allowed for then-novel “jiggle physics” that made parts of the women fighters anatomy far more life-like.

Since then it’s been pretty much standard issue for all Dead or Alive games to come after it, including the bizarre spinoff series that began with Dead or Alive Xtreme Beach Volleyball. 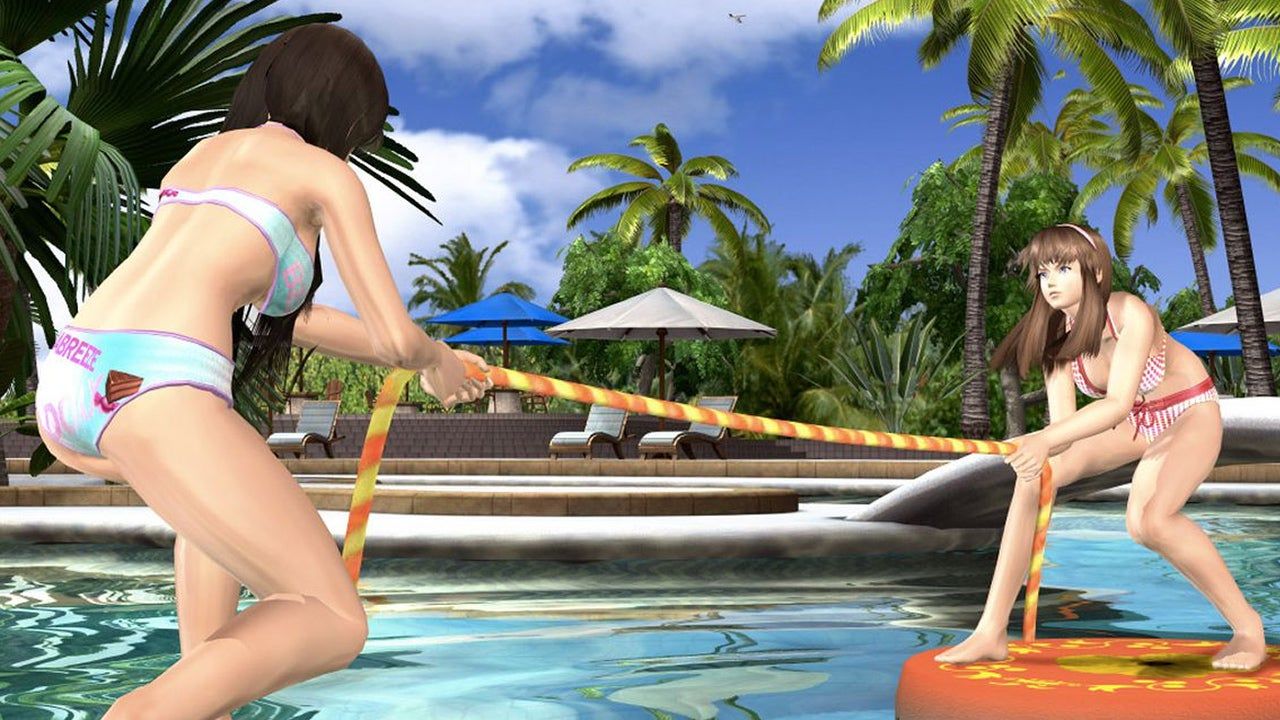 Although the game reviewed relatively well and even had some decent volleyball gameplay, you will not find a more transparent attempt to grab the eyes of lonely hetero male gamers in any other video game franchise.

This is where things get weird. Xtreme 3 was eventually turned into a free-to-play PC version called Dead or Alive Xtreme: Venus Vacation. It reuses a lot of DOAX3‘s assets but adds a few minigames to fit the new demographic. It launched in Japan in 2017 and included English subtitles, but it never released in Europe or North America.

Venus Vacation was a huge success in Japan, however. So successful that Koei Tecmo regularly advertises using the Venus Vacation name.

It became clear in 2015 just what was going on. A Koei Tecmo employee posted a bizarre rant against DOAX3 on the company Facebook page that was quickly taken down, but in their apology, Koei Tecmo made it clear they were keeping the Dead or Alive Xtreme series to Japan/Asia-only.

Fast-forward to 2020 and we’ve recently found out that one of the new characters added in Venus Vacation is now coming to Dead or Alive 6 as a DLC character. Takami is a swimsuit model with no obvious martial arts background, but that doesn’t appear to be stopping Koei Tecmo from shoehorning her into a game she was never intended for.

The best part? As Twinfinite points out, the Japanese ads for Takami openly acknowledge her Venus Vacation origins, but the North American ads leave it out. She’s just a “curious gal” that’s wearing a string bikini to a street fight.