Kingdom Hearts 4 has been announced! Tetsuya Nomura making such a major announcement on a quiet Sunday is the most on-brand thing ever, as is the stark new direction he is taking the series following the conclusion of the Dark Seeker Saga.

We’re in uncharted territory now. With the exception of a few lingering plot threads it appears that Kingdom Hearts is entering a new generation of characters and storytelling, only planning to carry over a handful of core themes and ideas. Expect it to be convoluted and require us to play a bunch of mobile games in order to understand any of the plot, but if you’re surprised by that at this point you’re in the wrong fandom. We live for this shit.

The canonical ending of Kingdom Hearts 3: ReMind had Sora lose his battle against Yozora on the rooftops of Quadratum before surrendering to a crystal form as the screen fades to black. As the credits roll we are introduced to a new cutscene – once again featuring Yozora – which appears to be an accurate recreation of the Final Fantasy Versus 13 reveal trailer. It’s uncanny, and fans will know that Nomura’s initial vision for this troubled game was eventually retrofitted into Final Fantasy 15 with many of the original elements abandoned.

Nomura’s bitterness has reached such unparalleled heights that the man has somehow morphed Kingdom Hearts into a vessel to explore the narrative of a completely different project he was unable to complete over a decade ago. That’s some hardcore dedication to his own headcanon, and also something we’ve never really seen in the medium before, where a man’s singular vision is able to exist within the realms of Final Fantasy, Disney, and countless other universes without ever losing sight of its own conviction. It’s ridiculous, but I think the fandom has been in on the joke for quite some time now.

But back to Kingdom Hearts 4. The reveal trailer has Sora awakening after his defeat in a fancy apartment amidst Quadratum. It isn’t an empty city, but one that has now surrendered to daylight and is filled with people going about their daily lives. It looks like the real world, with Sora and those around him taking on a new design that feels eerily lifelike. His twink levels are off the chart, so perhaps this is an older version of the character or a temporary appearance that only takes hold in this world like we’ve seen the series do before. 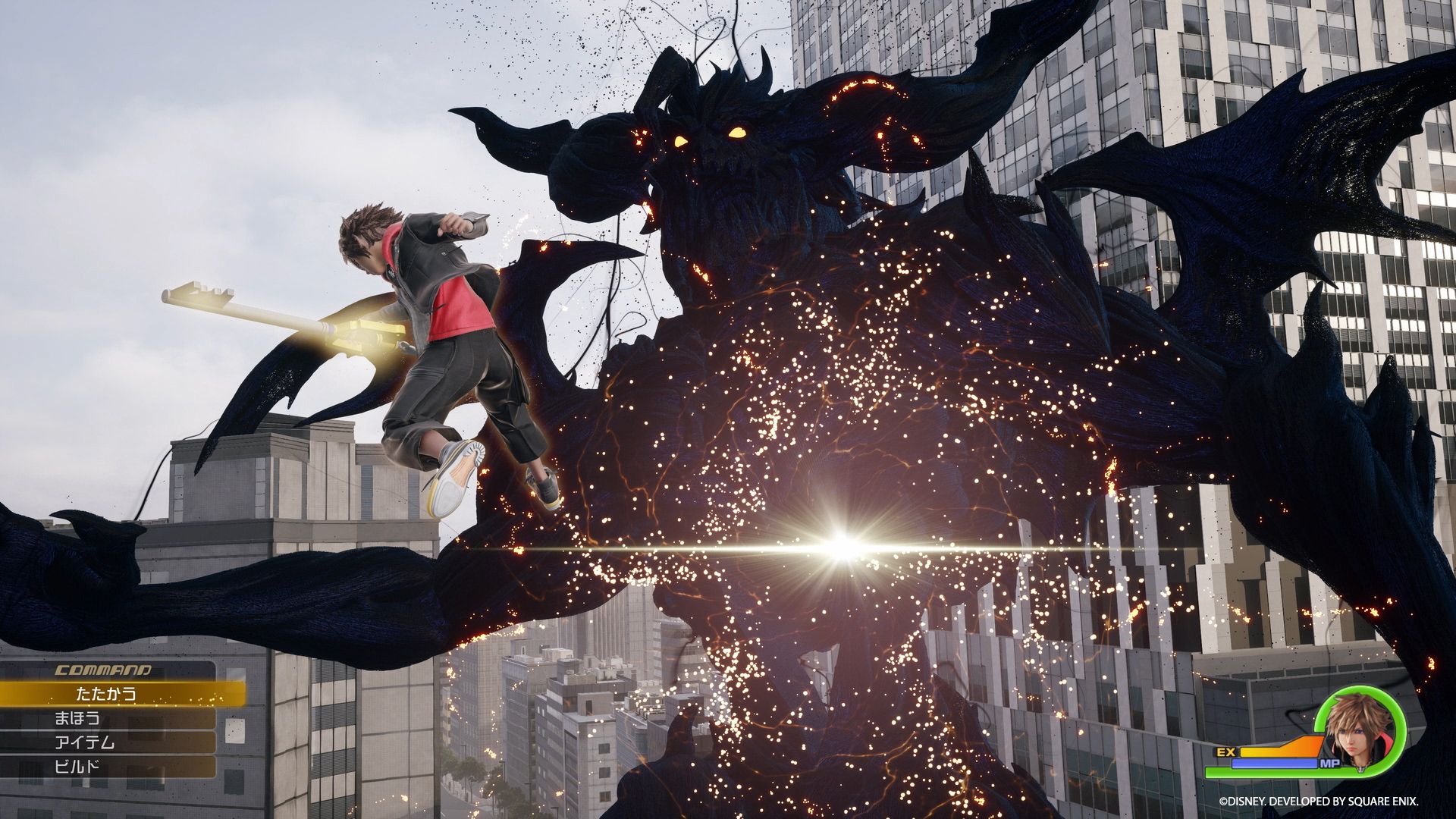 Quadratum is a different reality, and will potentially give way to a new selection of worlds pulling from Disney’s growing repertoire of properties. The trailer teases Star Wars, and with this new photorealistic aesthetic there’s a chance we could see more live action experiences translated into Kingdom Hearts, or those that venture outside traditional animation in favour of something more experimental. I’d love to see a huge mixture of things, and the arrival of a High School Musical world alongside so many others. Please just give me this.

In recent years it feels like Disney has become increasingly less important to the wider picture in Kingdom Hearts. The third main entry saw us exploring the likes of Monsters, Inc. and Big Hero 6, but these locales were just fanciful distractions that still enabled the main narrative to play out, while the side characters who temporarily joined your party felt largely inconsequential to Sora’s main goal. You were fleeting visitors with an objective that always came first, meaning that they felt like glorified cameos and nothing more. 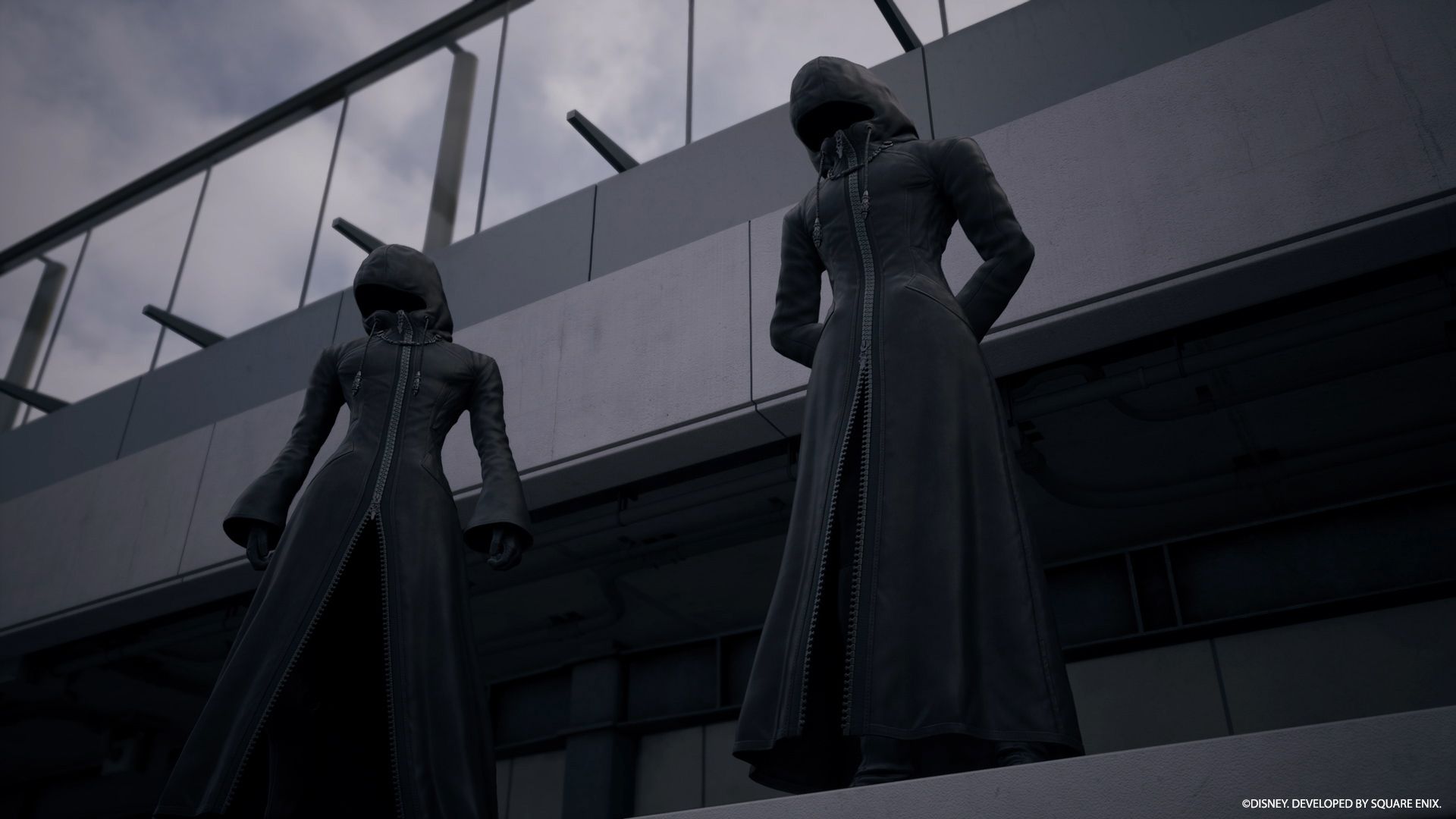 While it is still very early days, Kingdom Hearts 4 seems to be doubling down on that direction with an entirely original setting, new aesthetic, and a direct continuation of the ReMind cliffhanger that requires so much prior knowledge in order to understand any of it. Donald and Goofy appear to be searching for Hades in the trailer’s final moments, likely working with him to pierce the afterlife and find their way to Sora. They will bring him back, reuniting him with Kairi, Riku, and all his friends before the next big adventure can begin.

This new direction makes it clear that Nomura is going to recreate Final Fantasy Versus 13 in a new form, one facilitated by Kingdom Hearts while simultaneously expanding upon all the ideas that were left on the cutting room floor. I might have to go back to the original trailers and perform a more succinct comparison in the coming weeks, if only to pick up on all the connective tissue that links both projects together. It is no longer a passing reference anymore, with Nomura recreating entire sequences and narrative beats that we never got to see in Final Fantasy 15 as it was cobbled together in such a rush.

I’m all for this ambitious development, and Square Enix must have given him the go ahead to walk upon this batshit path because he’s basing an entire new game on it. Final Fantasy Versus 13 is a game I spent my early teenage years fawning over, watching each new trailer and groaning at each subsequent delay until it all but ceased to exist. To see it make a comeback, even in the form of Kingdom Hearts 4, is so damn exciting.