Home » News » How To Craft The Best Synthesis Gear In ZHP: Unlosing Ranger VS Darkdeath Evilman

ZHP: Unlosing Ranger vs Darkdeath Evilman comes to us from the makers of the more well-known Disgaea series. If there's one thing Disgaea fans know, it's that the developers stop at nothing to infuse the games with all sorts of fun mechanics. The best installments make strong use of each one of these mechanics. This holds true for the "spiritual spin-offs" as well, ZHP: Unlosing Ranger vs Darkdeath Evilman unequivocally included.

A good example of this, as clicking on this guide has surely led you to predict, is the synthesis system. Let's compare ZHP's synthesis with another popular RPG's — Final Fantasy 9. In FF9, one must possess two items and a sum of cash. The shopkeeper handles the rest. Not so for you, Unlosing Ranger. There's more going on here, and frankly, it's all the more engaging for it. We'll show you.

The Fundamentals of Synthesizing Your Gear 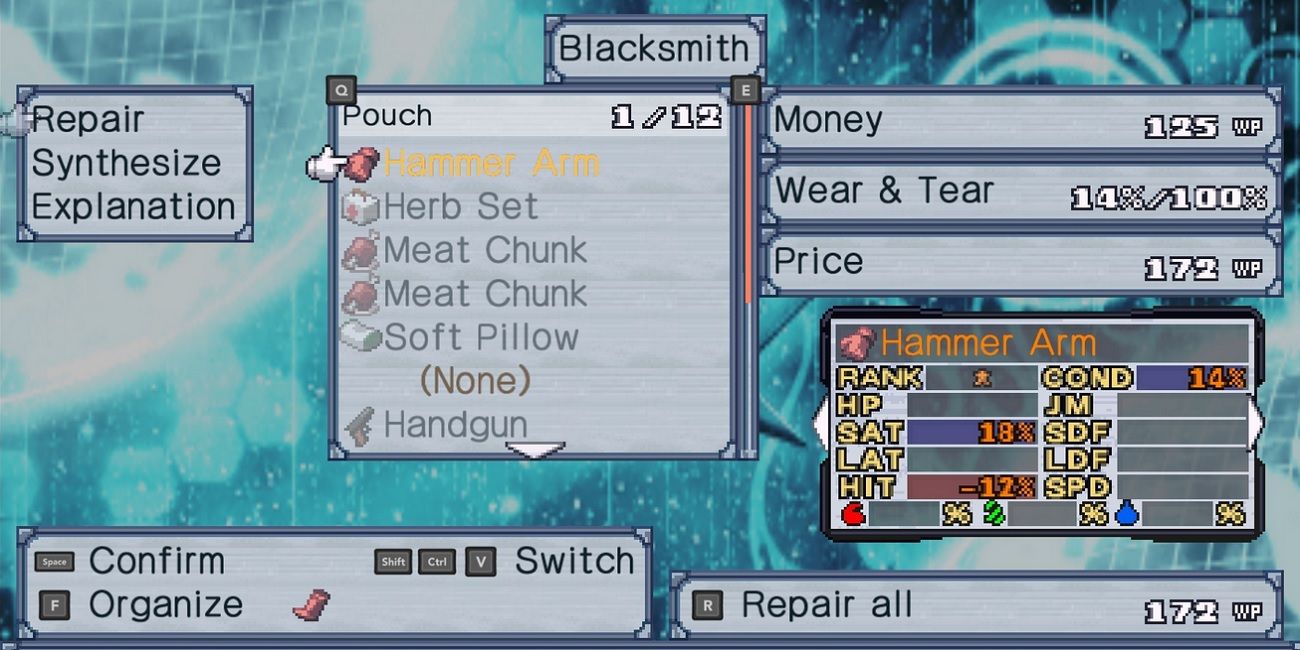 First, let's make certain you know what you're getting into when you pull up item synthesis in ZHP: Unlosing Ranger vs Darkdeath Evilman. Every synthesis attempt requires a Base Item and a Synth Item. The former transforms into your synthesized result. The latter is used up and gone forever. Do make sure you don't mix these up, or you may end up losing rare stuff for no good reason.

There are nine types of equipment that can be synthesized. They're relatively easy to remember, save for the fact that one category technically consists of four weapon categories. (This is, in fact, a good thing; it means you can use a fairly diverse suite of weapons together to create often-unrelated gear.) Here's every type:

As you can see, most weapons share a slot. You can use an Axe and a Spear to potentially craft a Staff. It's kind of wild, considering both arms have their own slot. But who are we to complain? It just makes our lives that much easier.

Note that each item capable of synthesis contains a rank totaling one, two, three, four, five, or six stars. The higher the number of stars involved, the better the item generally is; that quality transfers over to successful synthesis attempts as well.

You won't actually see this until you've received your synthesized rewards, but they'll gain a green-colored numerical designation called Synth Level. These will range depending upon the number of stars attached to your item(s) heading into synthesis. A one-star item maxes its Synth Level at a paltry nine, whilst a six-star item climbs all the way to 99.

Video game logic 101 is enough to tell us the 99 is superior, but in what way? Like the best things in life, it's all conditional. Or rather, in ZHP's case, COND[itional]. Recall that each piece of gear in the game has a COND ranking, which of course means a condition, which in turn ties in with the degree of durability it presently possesses.

Armor at 50 percent COND is only half as helpful on average as it would be at 100 percent. But what if we could make that armor nearly 700 percent? Would it be seven times as good? Yes, yes it would. Thus, the science of synthesis is born. 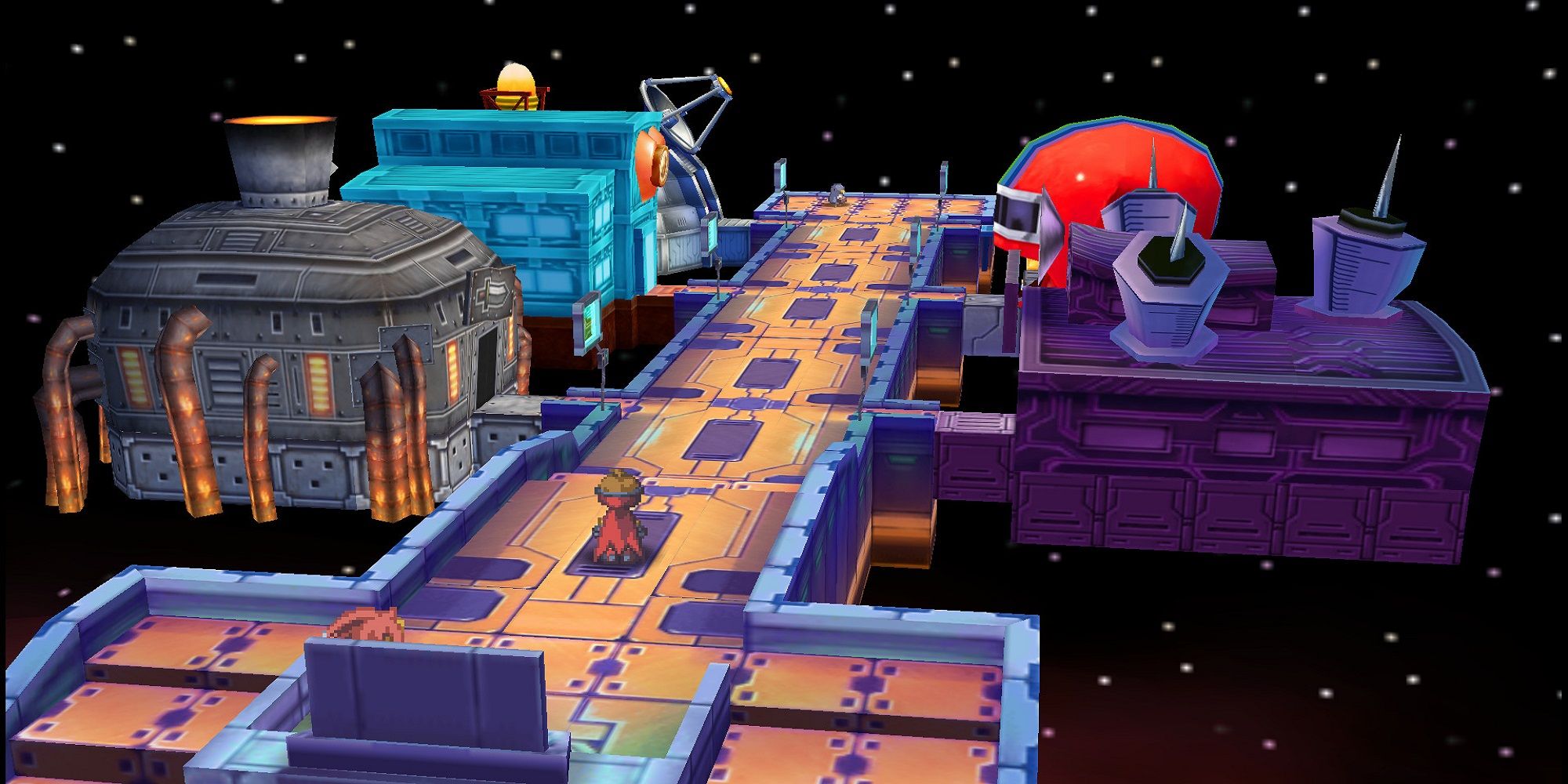 Six-star items can be found in certain locations throughout the game, most notably in the Absolute Hero Dungeon. But hiking to the Absolute Hero Dungeon isn't exactly a practical path to earlier acquisitions. After all, you'll need to complete every Dengeki Bukan Dungeon before it unlocks. At that point, you'll have wanted to use six-star gear whenever and wherever possible beforehand.

With that in mind, we're going to take a look at three specific monsters. Each of them will carry at least one six-star item of a given category, and all of them can be accessed long before you're deep inside the Absolute Hero Dungeon's haunted halls.

Slots beyond the categories listed above will require you to hang around a little longer before you have can sort them out. For the first opportunity to easily nab an Axe/Spear/Staff/Sword weapon, odds are solid you'll be teeing off against Laharl (yes, that Laharl!) on Floor 150 of the Veteran Hero Mastery Cave.

Laharl's Longsword item is a brilliant pickup that sturdily reiterates the developers' dedication to making ZHP's optional content absolutely dwarf the main story in size. Having a small set of this Longswords on tap for item synthesis can be a surefire spin to win.

Some Notes on Rare Metals 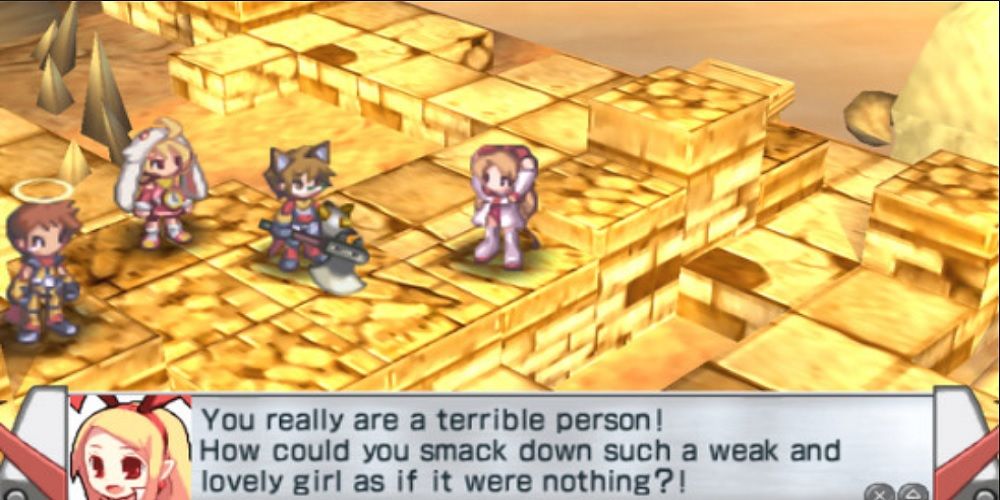 One more thing to think about with the synthesis system is the value of rare metals, all of which can be found in Mastery Caves. They come in seven colors, although Grey is valueless when it comes to synthesizing. With that in mind, here are the other six and the statistic they can embolden through synthesis:

Pretty cool, right? We can use Rare Metals, then, as Synth Items to further refine cool gear. There is only a one percent boost involved at 100 COND, which isn't the greatest (though it's still appreciated). That said, you can tug this all the way up past six percent when synthesizing something with the maximum COND uptick of 694 percent.

To put things in perspective, since even six percent maybe doesn't sound so grand, remember that ZHP: Unlosing Ranger vs Darkdeath Evilman has a tendency (as is customary among Nippon Ichi RPGs) to let stats blossom into the thousands range. Thus, the six percent modifier could result in a stat boost in the hundreds!