Home » News » How many robot helpers are too many?

How many robot helpers are too many?

AI that can follow a person seems like a simple enough task. It’s certainly a simple thing to ask a human to do, but what if people or objects get in the way of the robot following behind a person? How do you navigate an environment that’s in a constant state of change?

About a year ago at a robotics conference TechCrunch held at UC Berkeley, AI startup founders explored solutions for common problems encountered when trying to automate construction projects. Tessa Lau, CEO of Dusty Robotics, called attention to the challenge of moving machines in an unstructured environment filled with people.

“[The] typical construction site, it’s chaos, and anyone with a robotics background who knows anything about robotics knows it’s really hard to make robots work in that kind of unstructured environment,” she said.

Robots can also travel in groups with one Spot Mini and two Gita robots in what Piaggio Fast Forward calls platooning. As part of the construction pilot, Piaggio is assessing human attitudes about how many robots following a human is too many.

Optimizing robots following people on a construction site concerns not only whether the robot can make it safely out of the path of a dozer driven by a human, but also a question of how many robots is too many before things get weird. Like, if you’re a construction worker watching the site manager approach with a robot entourage, is five robots the limit? Six? Piaggio Fast Forward CEO Greg Lynn told VentureBeat the company could support a convoy of 50 to 100 robots, but that’s impractical.

“How long a platoon of robots, just as a dimension, would be acceptable? It’s probably like 15 or 20 feet. To be totally honest, we don’t know yet, but it’s not an infinite length,” he said.

The approach uses Trimble lasers and geospatial sensors to map the environment and establish location. One of the tests of Spot Mini involved training a robot to walk a path once, then having it try to repeat that route automatically. The approach follows how people navigate the landscape, understanding human movement instead of relying only on mapping.

Piaggio Fast Forward introduced its Gita robot for following behind people and carrying up to 40 pounds of weight in 2019. The device can reach speeds of 22 mph. The Trimble collaboration is the first industrial deployment of Piaggio tracking technology, Lynn told VentureBeat. Piaggio Fast Forward is a part of the Piaggio Group, one of the largest scooter and motorcycle manufacturers in Europe, best known for its Vespa brand.

Autonomous trucks have worked in convoys before, but as part of its drive into more business applications, a company spokesperson told VentureBeat that next month, a company will test platooning for grocery delivery in a planned community with several thousand households.

As part of trials announced in late 2020 without platooning, Gita robots are being used in Cincinnati and San Diego airports and, with Doğan Group, a shopping mall in Turkey.

Learning to navigate unstructured environments like construction zones can lead to more robust AI that can help farmers in fields, delivery robots in cities, or people in wheelchairs on sidewalks. Should such systems become trusted and reliable, they could become commonplace in industrial environments for surveillance — but also, why push a wheelbarrow if you can just have it follow you?

Ideally, a robot companion on a work site could augment human workers by carrying tools for an electrician, as the demo video below demonstrates. They could also use computer vision to bring attention to safety hazards or survey the progress of construction projects. One of the earliest applications of Spot robots on construction sites was to survey construction projects. Spot Mini is also being used in law enforcement by the New York Police Department, which posits the scenario of a Spot following a police officer walking a beat.

Piaggio is not alone in its ambition to turn people tracking in the industrial workplace.

VentureBeat covered a $10 million funding round for ForwardX, which at the time was known for luggage that followers travelers. A company spokesperson told VentureBeat that the company, based in China, pivoted away from luggage during the pandemic, and now focuses on people-tracking solutions for robots that work with people in warehouses and manufacturing facilities. Thus far ForwardX has run test cases in factories for companies like DHL and Toyota, among other customers. 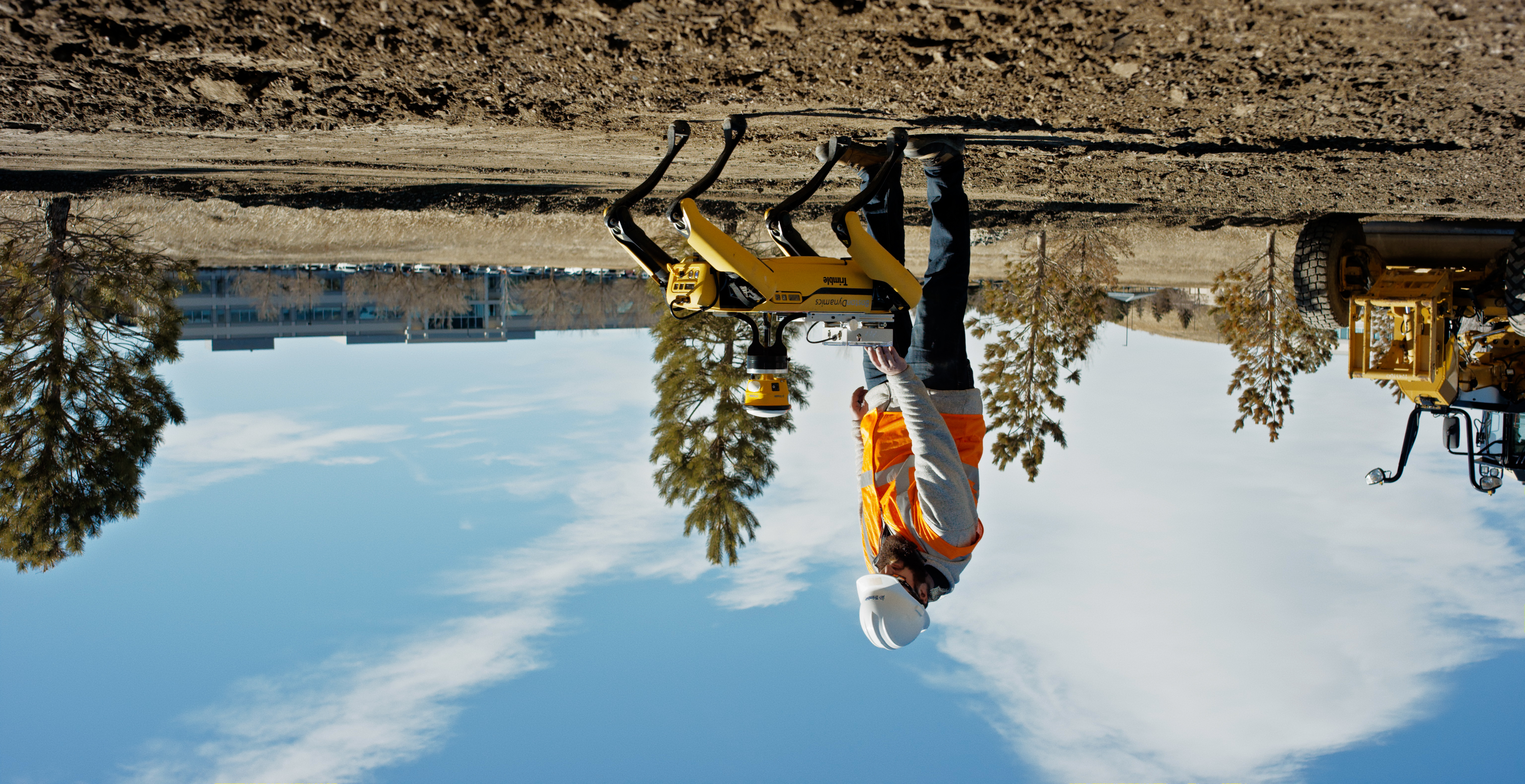 Gita robots aren’t designed for roving around in a landscape of loose dirt where dozers and earth movers operate, but Lynn said once slabs of concrete are laid for a building project, initial tests showed few areas the robots were unable to travel.

“One of the things about the Trimble announcement is we’re kind of announcing we don’t have to build every robot on Earth. We want to get involved with people that have problems with this, because we’re a software company as much as we are like a hardware robotics company,” Lynn said. “We don’t want to do it all ourselves. And we don’t think that it’s 100% of the solution, either.”

There are a number of AI startups in the business of automating the construction zone. In 2019, Built Robotics spoke to VentureBeat about efforts to automate dozers and create predictive systems for project management and other purposes. More recently, last fall Canvas emerged from stealth to bring AI and robotics into construction zones in the San Francisco Bay Area to install drywall, and in January the startup Swapp raised $7 million to compete among a fleet of businesses working to automate the mapping of construction project planning.

Robotics in construction environments have led to some accidents. According to the safety and compliance website BLR, in 2019 two construction workers were injured in accidents involving demolition robots on construction sites in the state of Washington, pinning one worker against a wall and crushing the foot of another person.

In other news about robots navigating unstructured or industrial settings, in May 2020, the startup Burro, which is developing robots that follow farm workers, helped carry out the grape harvest in Coachella, California. And last fall, UC Berkeley AI researchers introduced LaND, AI that learns from disengagement episodes to improve delivery robots’ navigation on sidewalks.