Business management platform HoneyBook today announced that it raised $155 million at a $1.1 billion valuation post-money. The company says that it’ll use the funding to expand its platform and acquire new customers globally.

The gig economy is alive and well. One estimate pegs the number of U.S. workers who have an “alternative work arrangement” as their primary job at 57 million, contributing to a global freelance and independent contractor market worth $3.7 trillion, according to Staffing Industry Analysts. Statista projects that the gross volume of the freelancer economy is expected to reach $455.2 billion by 2023.

HoneyBook, an alum of startup accelerator UpWest Labs, offers a financial and business management service for freelancers and “solopreneurs.” CEO Oz Alon, who founded the company in 2013 with his wife Naama Alon, Dror Shimoni, and Shadiah Sigala, initially launched HoneyBook as a wedding album service targeting gig economy photographers. The goal was to build a crowdsourced database of wedding vendors, but the company soon decided to broaden the platform’s focus. 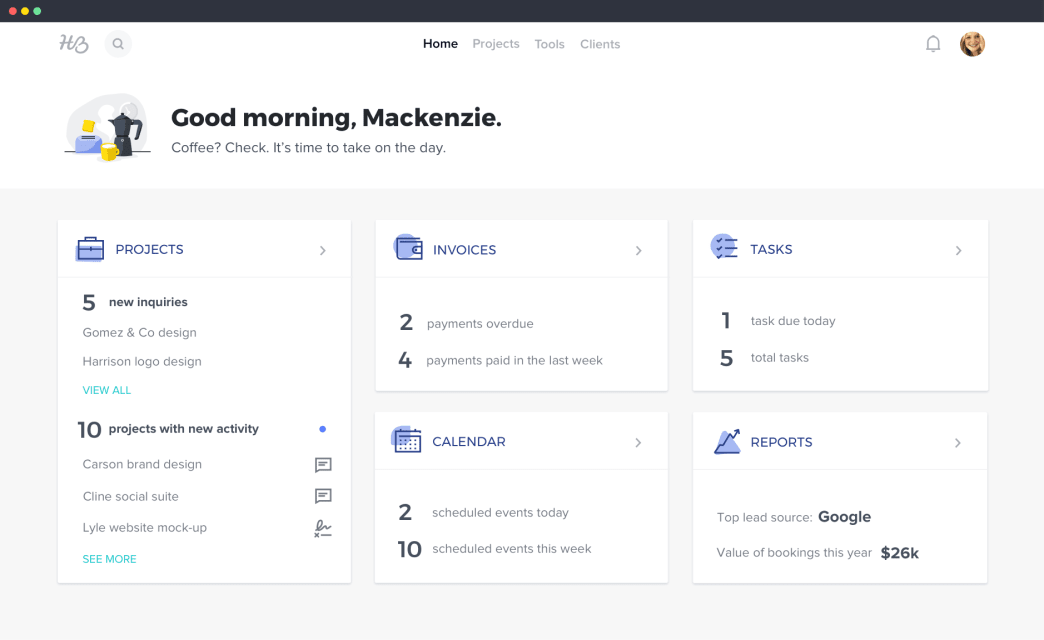 Today, HoneyBook offers tools to help facilitate freelancer booking, proposals, invoicing, and payments. HoneyBook users create profile pages using a set of preconfigured templates. After a client responds and agrees to terms, the parties draft a contract together using a module that automatically pulls in the relevant details. HoneyBook then highlights important fields and generates notifications, alerting all parties when the paperwork has been reviewed and signed.

HoneyBook’s apps make project files and documents shareable while collating text, email, and chat messages in a single view. The platform’s billing service handles recurring, scheduled, and one-off payments and walks customers through the invoicing, contract, and closure processes. Clients can sign digitally, freelancers can brand the workflow with banners and logos, and HoneyBook’s automation toolset can be programmed to send reminders via email.

There’s also a community component. HoneyBook hosts a curated classified ads board where hirers can post and solicit replies about opportunities and ping the company’s network of over 75,000 workers. A search tool lets clients drill down by location and expertise or view profile pages highlighting past projects and collaborations.

Growth in a crowded field

HoneyBook shares the crowded gig networking space with Fiverr, which recently acquired Phoenix-based ClearVoice, and dozens of others, including Upwork (which filed for an IPO in October), Freelancer.com, and Guru.com (which raised $25 million in December). But Oz Alon believes HoneyBook’s breadth of features — particularly its automation and contract management tools — put it a cut above the rest.