Home » News » Hold On To Your Glasses, Betrayal At House On The Hill Scooby-Doo Version Announced

Hold On To Your Glasses, Betrayal At House On The Hill Scooby-Doo Version Announced

Zoinks, Jeepers and Jinkies! There’s a brand new version of Betrayal at House on the Hill coming out, and it’s based around the classic Scooby-Doo cartoon series. The new game, Betrayal at Mystery Mansion, looks to continue its predessesor’s format of splitting up the gang, exploring a spooky location, and eventually uncovering a sinister plot that one of the players may secretly be involved in.

Since all the game’s scenarios will be based on Scooby-Doo episodes, however, the new game will probably feature be a lot fewer run-ins with demonic forces, and a lot more attempts at real-estate fraud.

With its emphasis on solving mysteries, exploring creepy locations, and foiling dastardly schemes, the Scooby-Doo franchise seems like a perfect fit for the format of Betrayal board games.  The new version of the game appears to have all the trappings of the original, with a steadily growing mansion made up of randomized tiles, characters with different abilities, items to collect, and events that affect characters.

There is also, of course, the point at which one of the characters reveals themselves to be a turncoat, forcing the rest of the meddling to band together in hopes of foiling the evil scheme. 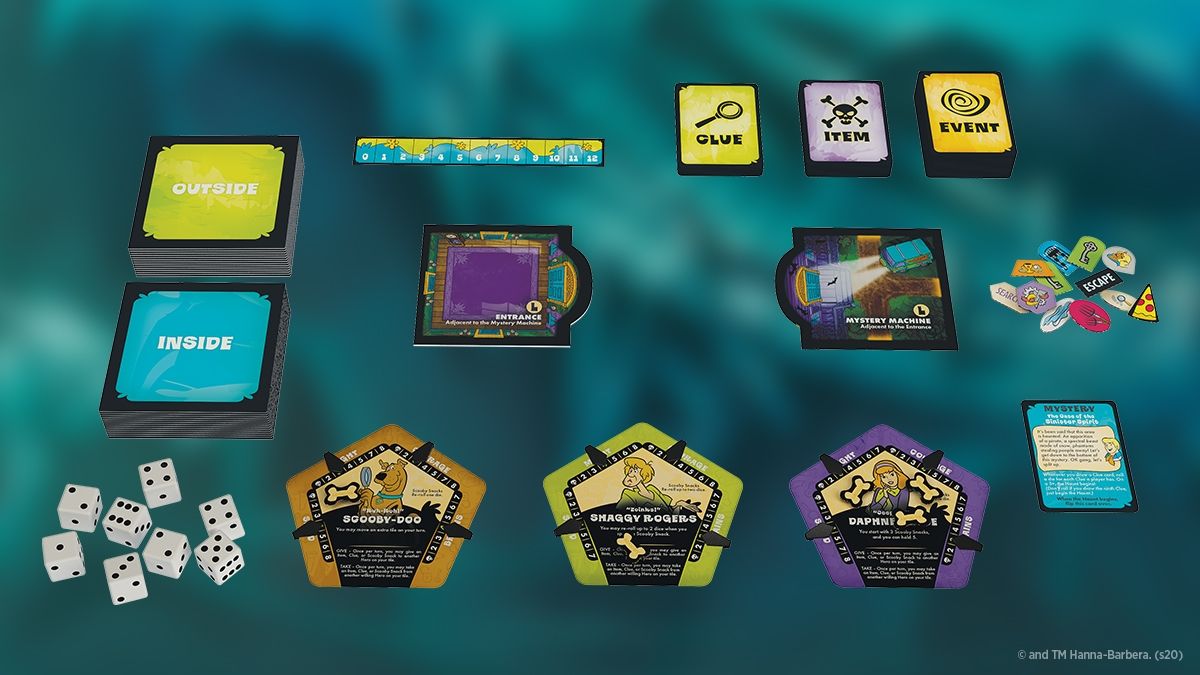 The game features a total of “25 brand new haunts,” which is actually fewer that both the original game and the Dungeons & Dragons-themed sequel, Betrayal at Baldur’s Gate. However, that’s still plenty of variation to keep players entertained for dozens of board game nights.

Since the previous Betrayal games dealt with some grizzly subject matter, this light-hearted version would likely be perfect for anyone who wants to introduce the game’s mechanics to players who aren’t huge fans of the horror genre.

Now that Avalon Hill has shown their willingness to make Betrayal board games based on other intellectual properties, it’ll be interesting to see what other franchises they’ll bring in to base a game around.

Scooby-Doo! Betrayal at Mystery Mansion will come out May 15. It’ll be available at most local retailers and board game stores.