Everyone’s favorite assassin is back for more in the latest IO Interactive game Hitman 3. There are some genuinely wild assassinations Agent 47 can pull off within the 6 missions of the game. Players just starting out Hitman 3 may be surprised at just how many different methods of killing there are — how to accomplish them.

From the epic heights of Dubai to the frosty cold winds of the Carpathian Mountains, players can find and eliminate their targets using any means necessary. Obviously, however, the wilder ones are much more entertaining. Here are the 10 most unhinged ways Agent 47 can snuff someone out in Hitman 3. 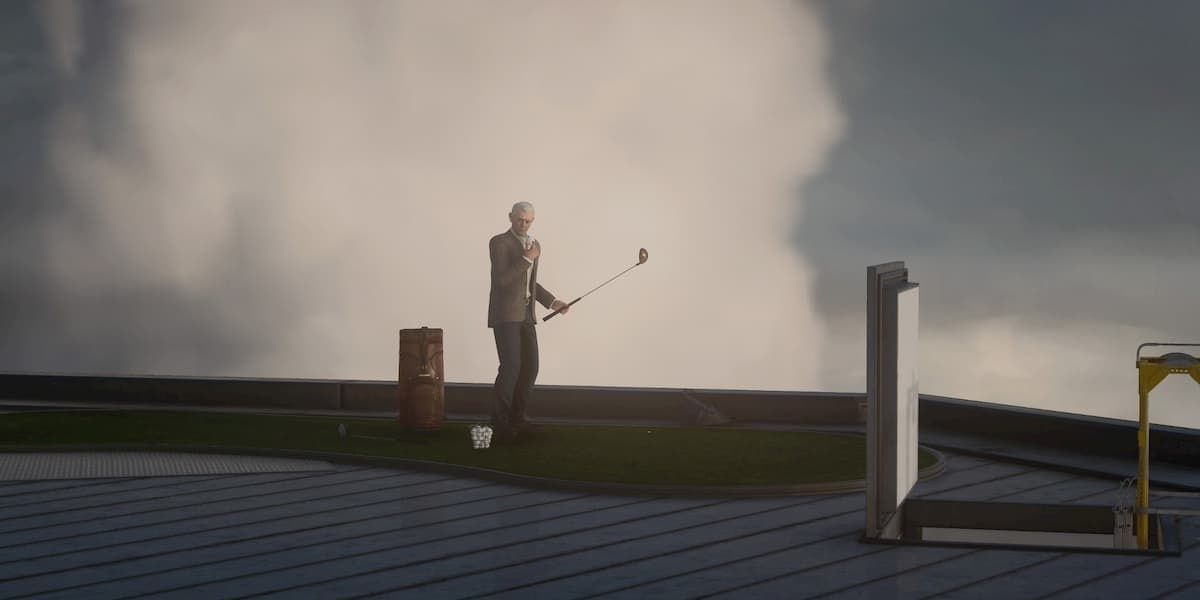 This challenge can be completed in the first mission of the game by taking out Carl Ingram in a very…explosive way. New players can learn how to complete this challenge in-depth here, but the main gist is making Ingram frustrated enough by loud noises that he retreats to the rooftop to practice his golfing skills.

Once Agent 47 finds the Exploding Golf Ball item, he can place it with the regular balls and wait for the big swing. Ingram will die in a big explosion; think something similar to prank golf balls but with a more permanent result. 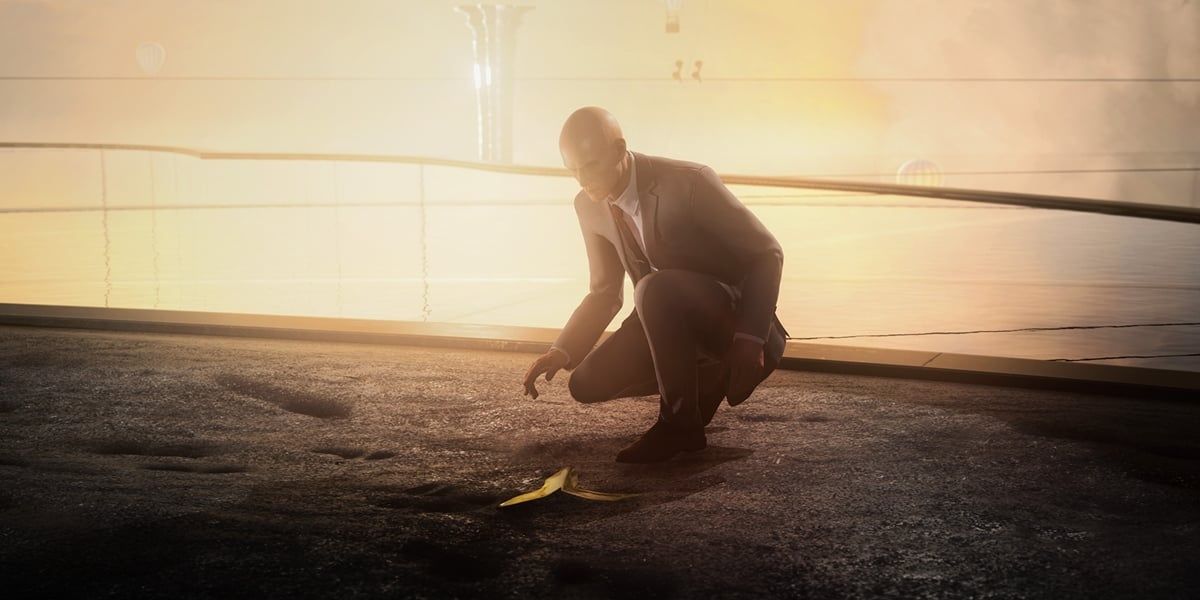 Sometimes the best weapon that Agent 47 can have is some creative thinking and a can-do attitude…but sometimes gravity helps, too. This challenge can be completed by taking out both Ingram and Marcus Stuyvesant — another one of the three partners of Providence.

Fans of playing the silent killer can also approach this with simple sabotage meaning that Agent 47 will be nowhere near the scene of the crime when it happens. Players just need to take a knife and sabotage the parachutes that are used during escape if the helicopter pilot has been killed. Once they jump off the roof, it’s mission accomplished.

8 One for the Ages

Everyone has been raving about the Dartmoor level and they have good reason to. Being able to solve a murder mystery and commit murder yourself is a rather unique combination that Hitman can take advantage of thanks to the flexibility of its storytelling.

Players will spend plenty of time figuring out who committed the murder. But they spend perhaps even more time on how they will commit their own murder of Alexa Carlisle. One shocking possibility is having Agent 47 pose as the photographer and electrocute Alexa during the family photo session to immortalize it for all time. 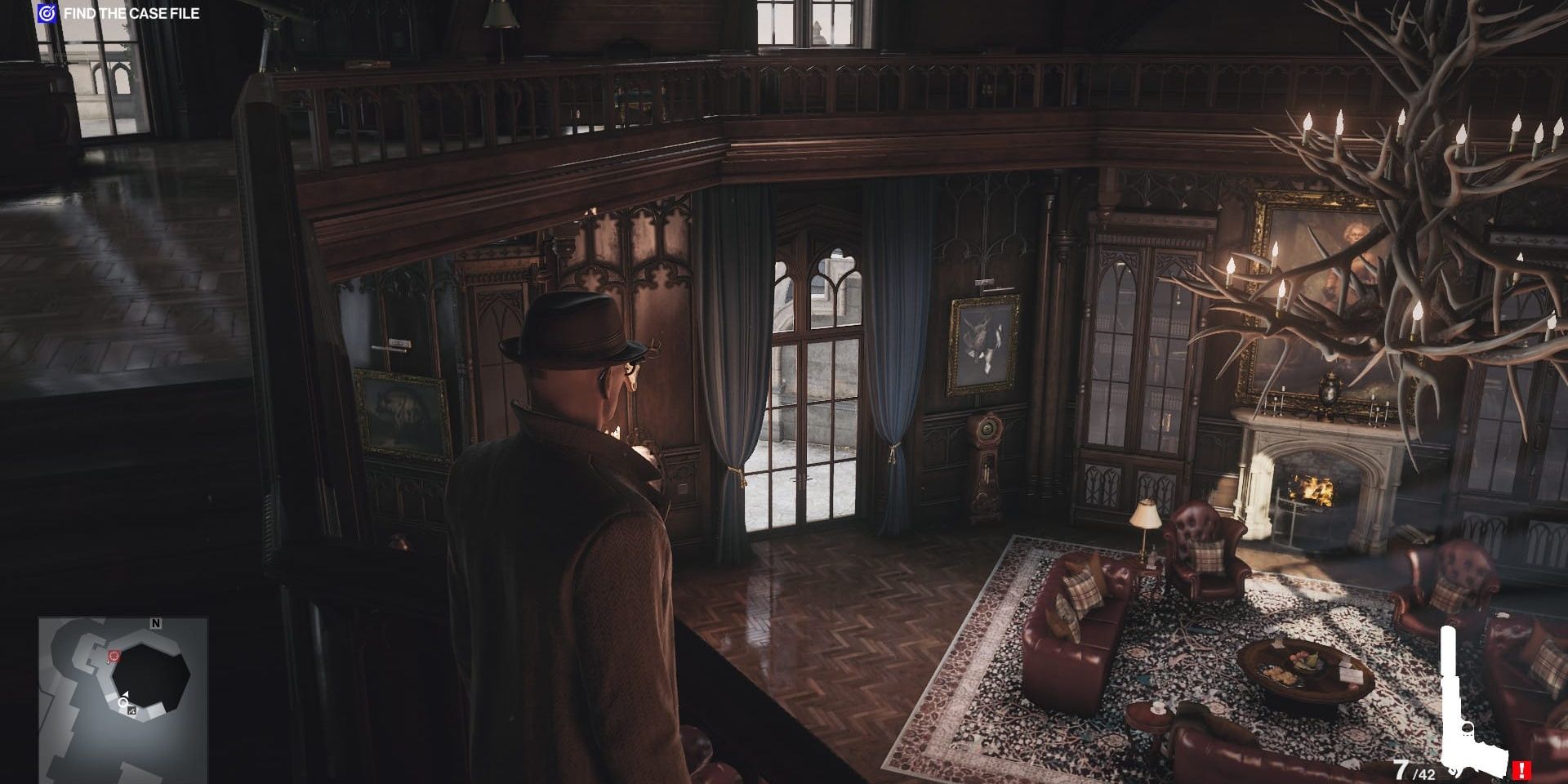 From garden poison to live burying, Dartmoor is full of opportunities for Agent 47 to take advantage of. This kill isn’t as dramatic or satisfying as having a big show-down or electrocution, but we can’t imagine how much it would hurt.

The foyer of the Carlisle mansion has a massive (and almost tacky) chandelier adorned with moose antlers and candles. It hangs above the seating area in the foyer and can be dislodged and used to crush Alexa Carlisle while she is walking underneath it. The sharp antlers and burning candles combined? Doesn’t sound like a pleasant death at all. 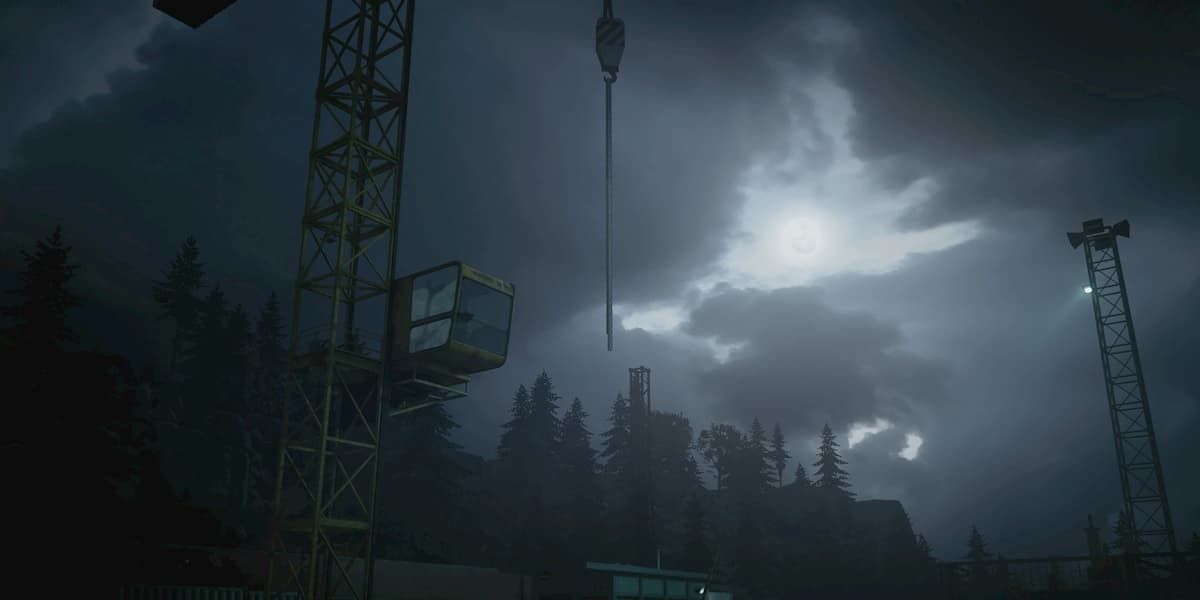 Fans of clubbing (as in dancing) will enjoy the Berlin mission Apex Predator very much. This assassination opportunity involves something big and deadly outside of the club — specifically the massive crane. Agent 47 is actually able to kill Agent Thames via a crane “accident” if he finds the Fuse Cell needed to power and operate the crane.

The lights of the crane will draw Thames’ attention, so players have to act quickly to get this kill. 47 can climb the ladder to the top of the crane and release the massive concrete block right when Thames is underneath it. This gets another agent out of the way and 47 gets bonus points for an accidental kill. 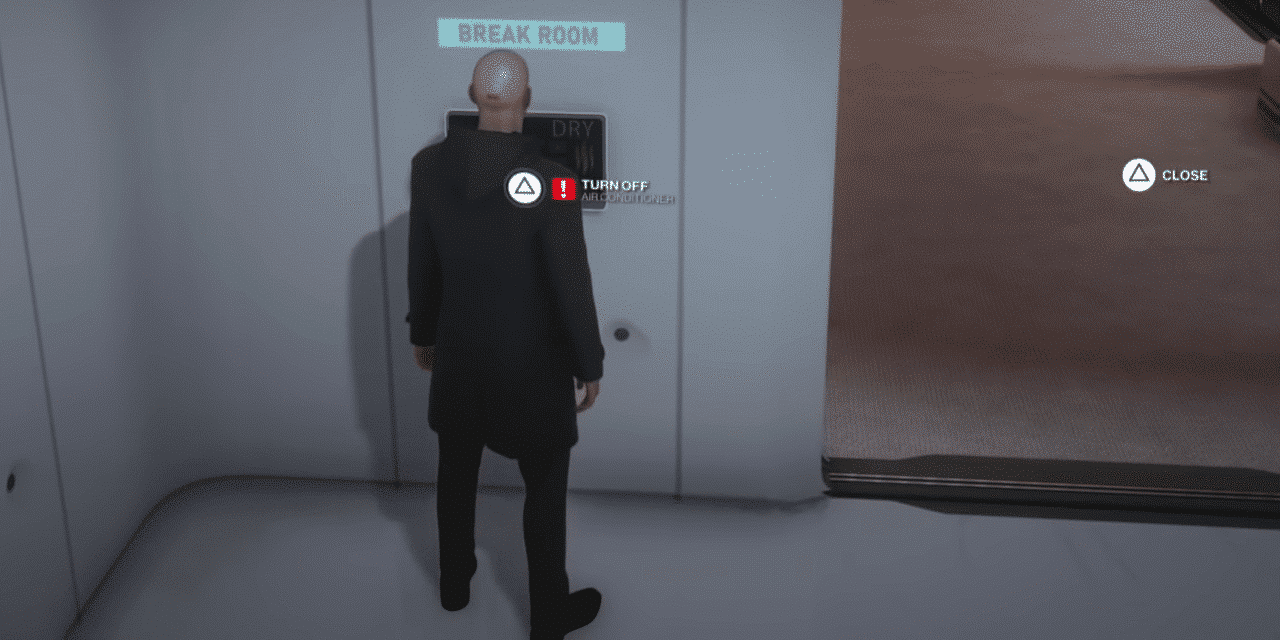 This assassination challenge is actually redacted but follows the same steps one would take to accomplish “Shock to the System” which is assassinating target Imogen Royce via electrocution. The break room is the only area on the map with both water and electricity; that’s key to this method and “Venting Some Stress”.

Players have to navigate around workers and hack computers to pull this kill off. Instead of adding an emetic into the Break Room’s coolant system, adding a deadly poison will kill not just Imogen, but leave other bodies for 47 to dispose of afterward. No one ever said being an assassin didn’t require some heavy lifting. 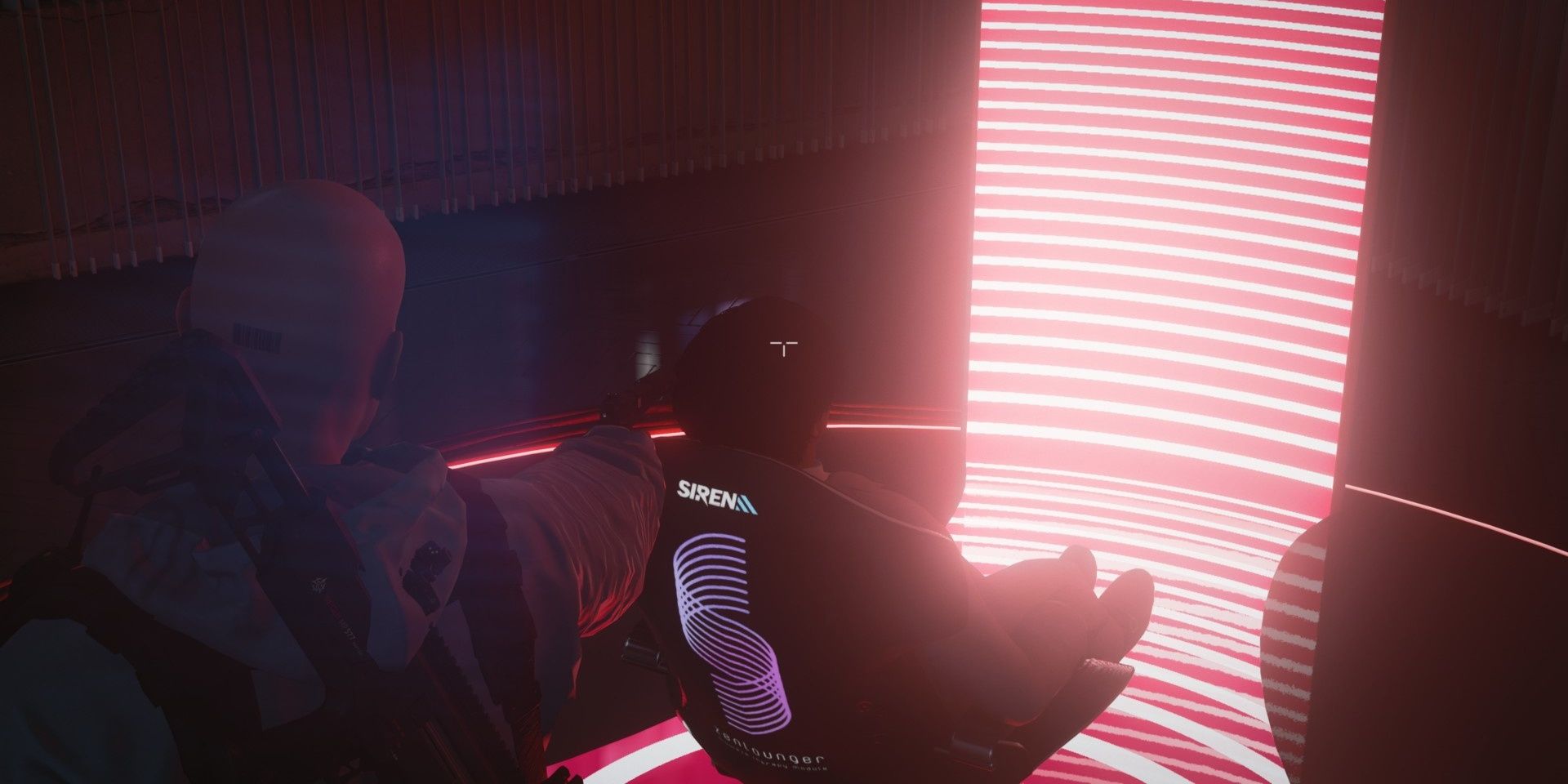 The “End Of An Era” was an undoubtedly big hit for players — especially with it taking place in such an interesting and neon-covered city like Chongqing. This particular assassination requires 47 to follow the Impulse Control mission story until he is able to grab and use a disguise of a homeless person.

47 will then infiltrate the building and can choose to take on higher-ranking disguises such as a researcher in order to subdue and steal the disguise of the test subject. Taking their place in the experiment will allow 47 to resist Hush’s mind and eventually overload his brain to the point of death. 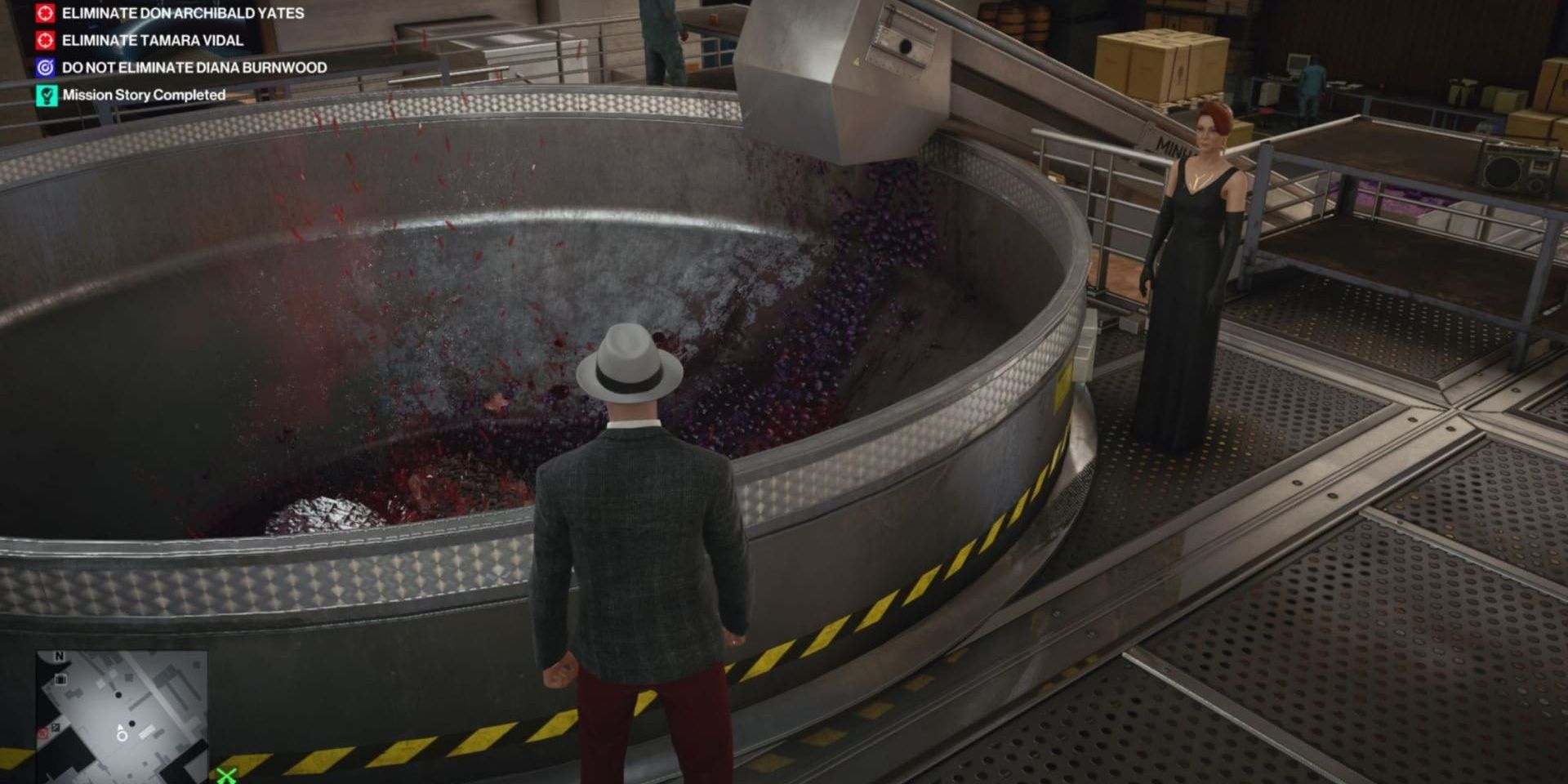 The Hitman series is filled with easter eggs and secrets for players to discover — especially since its method of play encourages experimentation and exploration. If players catch the drift of certain NPCs or find hidden items that allow for a window of opportunity, the game will reward them for it.

One of these rewards is the grape crusher machine that 47 encounters during the tour of the factory. While the tour guide isn’t looking, players can push Vidal into the grape crusher and hear the sickening fruits of their labor. Don’t worry if Diana’s looking; she won’t tell a soul. 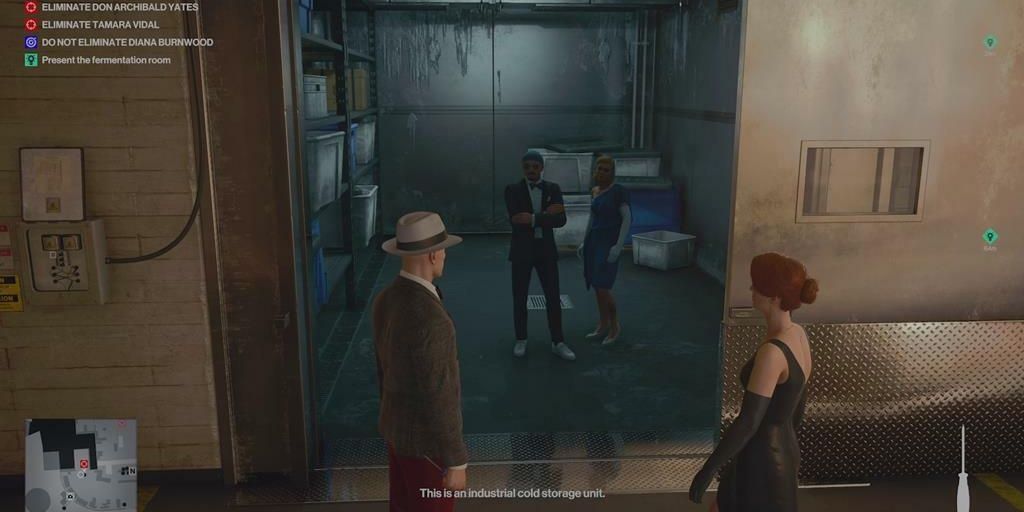 Another messed up method of eliminating target Tamara Vidal is by hypothermia which seems far-fetched at first…until fans remember the cold storage unit in the factory.

Agent 47 can’t use the controls of the door, but he CAN sabotage them using an icicle from inside the storage unit. Using this method will slam the door shut and kill both Tamara and the tour guide. A sad affair, but sometimes collateral damage is necessary. Both 47 and Diana can walk away while the slow grip of death overtakes the victims. 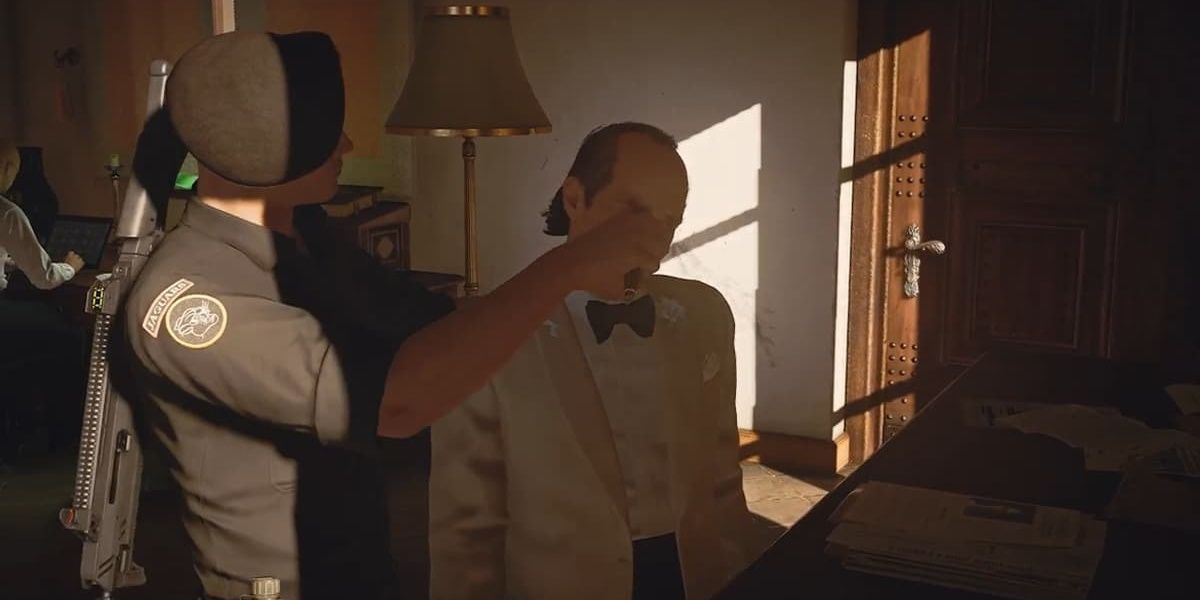 This challenge allows all of the juicy and dramatic story of “The Farewell” to play out but ends it with a surprise twist of the knife…or rather the pen. That’s right: this challenge asks players to kill Don Archibald Yates using a pen.

Once Agent 47 gets to Yates’ villa and takes out the mercenaries guarding the area, he’ll be able to collect and place the research previously being worked on by the mercenary onto Yates’ desk. This is where players find the ultimate murder weapon: a pen. They can then use it when Yates takes a closer look at the documents.

Next: Hitman: 10 Things You Didn’t Know About the Franchise 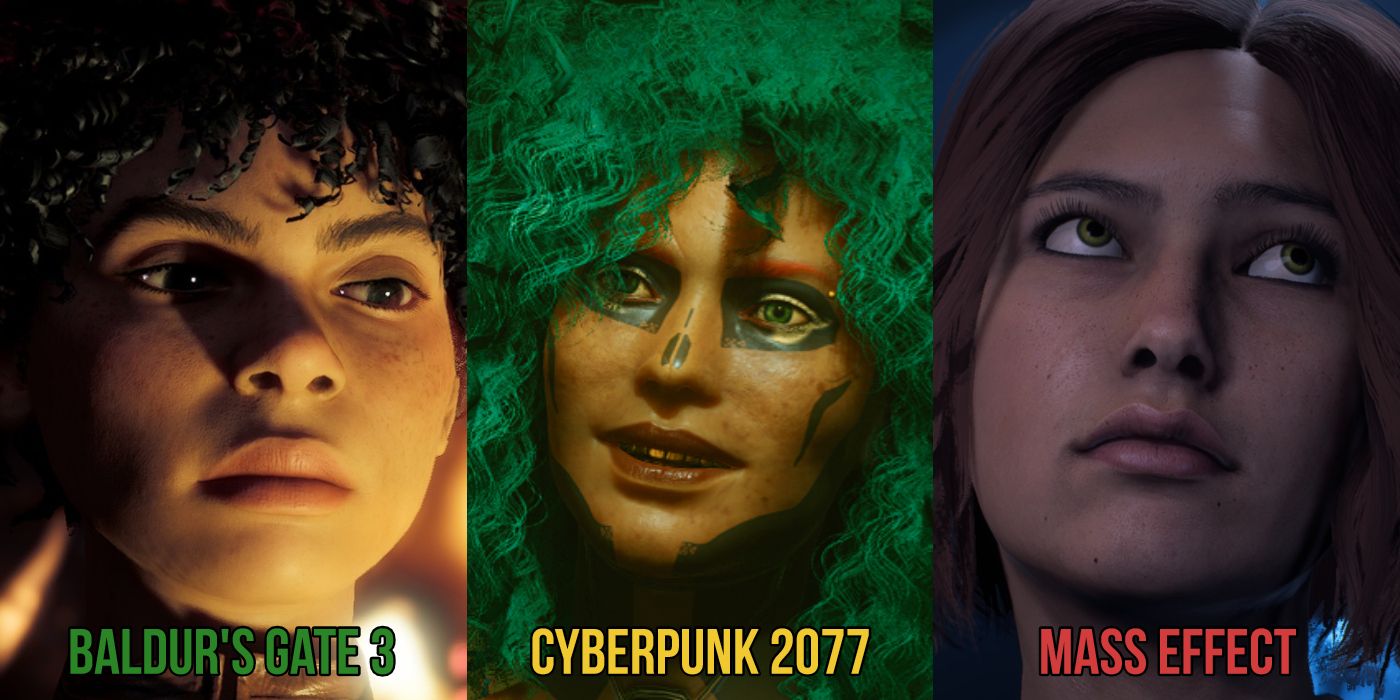 Hayley Mullen is a writer, composer and gamer from Toronto. While at school, they worked as a radio show host playing video game jams during the prime studying hours of 12-2 am. Having played over 700 hours of Pokémon Emerald, they are a true lifetime fan of the series. When not gaming, Hayley enjoys embroidery, poetry, and reading mystery novels.