This article contains spoilers for season one of Heartstopper

Heartstopper is one of the only things on my TikTok feed right now. Netflix’s adaptation of Alice Oseman’s graphic novel series is a big hit with queer audiences, drawing in people from across the spectrum with its honest and heartwarming story of gay romance. It touches on identity, acceptance, bullying, love, loss, and so much more across its eight episodes in a way that feels refreshingly true to life.

While the show is filled with memorable moments spread across its ensemble cast of characters, one that stood out to me in the original webcomic and even more so in the adaptation is Nick Nelson coming to terms with his sexuality. While his character arc is lined with a generous helping of angst when it comes to leaving his straightness behind, it never feels overwhelming, not once negating the exuberance of realising you’re attracted to the same sex and embracing the feelings that come with such a realisation.

Charlie Spring and Nick Nelson getting together in a traditional capacity doesn’t happen until the final episode, with the couple escaping to the seaside to cuddle on the beach and literally scream out their love to one another as the tide comes in. It’s sickeningly adorable, but also a testament to how far Nick has come as a character. He’s the star rugby player, his upbringing giving him a societal perspective that has seen him surrounded by rough lads, bullies, and those who are subject to a privilege that means they can afford to look down on those beneath them. He’s also straight by association, because there’s no way a person who plays sport can possibly be the slightest bit homosexual. He goes against those stereotypes, but it takes time, dedication, and tearful admissions of guilt when it comes to being different. From the first episode, it’s clear that sparks are igniting between them as Nick exchanges small, curious glances with Charlie when saving him from bullies and engaging in conversation before classes. He catches feelings fast, and the way in which he falls head over heels and wants to spend every waking moment with Charlie is all too real. When you fall for someone as a teenager it can feel like you’ve met a soulmate for life, even if it means leaving friends to pursue a romance that could be all too fleeting.

Netflix could have rushed through the first two volumes to reach the juicy stuff, but it didn’t, and the unfolding narrative benefits so much from the slow burn. Nick begins admitting to his own sexuality internally very early on, searching online about what it means to be attracted to both sexes with tears in his eyes. He talks about this with Charlie, but beyond that all other conversations are deliberately abstract. Imogen Heaney – a character who isn’t in the original comic – is present in the show to provide Nick with extra development. She fancies him, awkwardly pressuring him into a date while he’s still figuring out his own approach to attraction. In the end he bails on her, only to invite her to the park to pour his heart out and admit his bisexuality. He might not say the word, but Imogen knows. 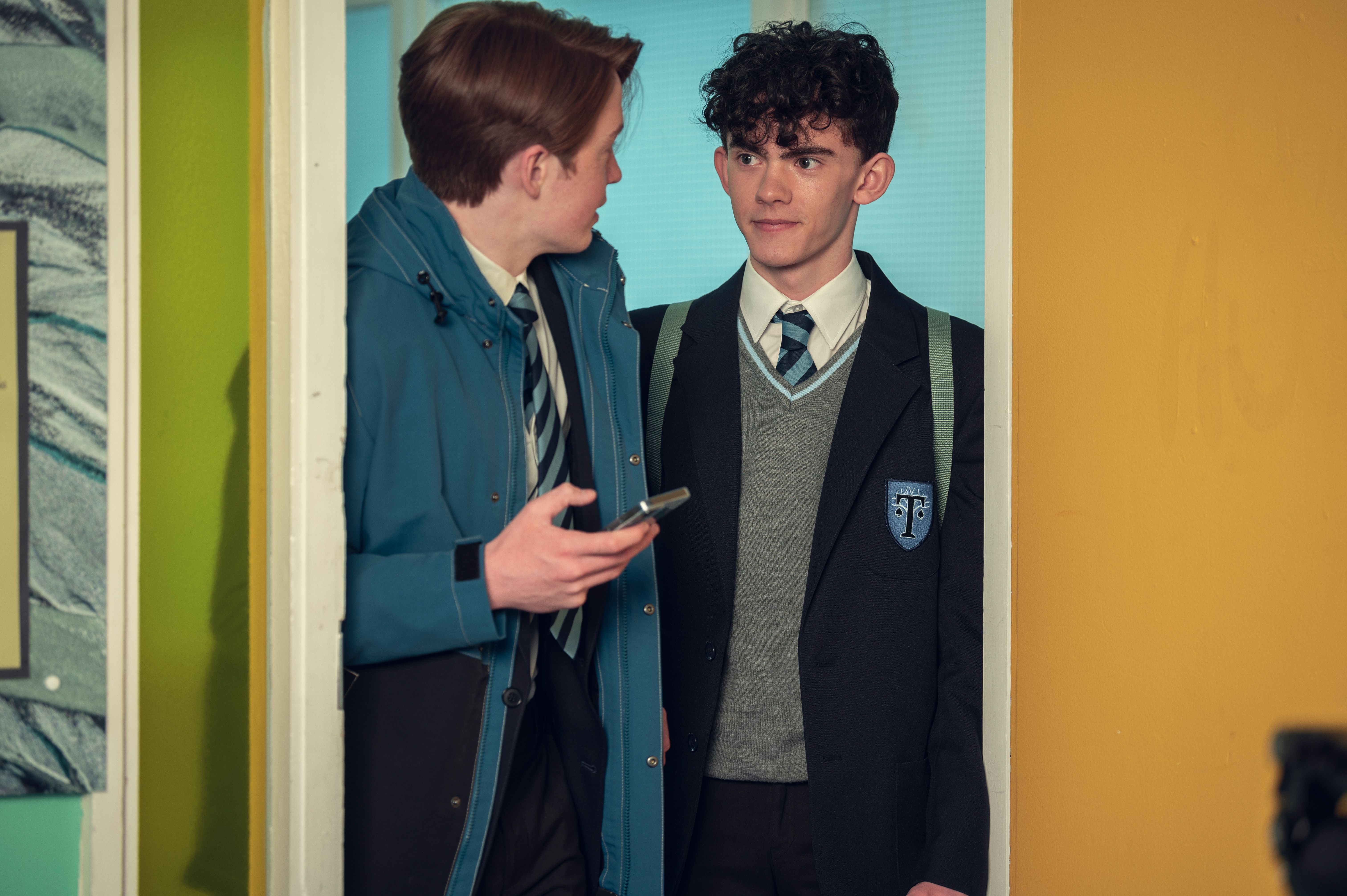 Then there’s his coming out scene, which is one of the very last moments in the entire season. Nick has admitted his love to Charlie, came out to his friends, and now only needs the approval of his mother. I’ve been here. Before I transitioned I was a fruity lil’ teenager smooching boys in secondary school, and coming out to my mum was one of the hardest things I’ve ever done. She’s the rock in my life, so disapproval from her would feel like the end of the world. You feel like a burden, that being different in the face of parents who possibly expected a predictable straight kid was something to be ashamed of.

Nick is tearful and apprehensive, admitting to his mother that Charlie is more than a friend, he’s his boyfriend and has been for several months. Olivia Colman was a tremendous choice for Nick’s mother, reacting to his confession with absolute joy, a beaming smile the only acceptance he needs as she pulls him in for a tight hug. She even tells him that it’s okay to admit that he doesn’t like girls at all, because coming out as a bisexual is a middle ground so many queer people settle on before abandoning the closet for good. The entire scene feels purposefully understated, with the two never once leaving their humble little kitchen because all the emotion they need is right there with them. As I mentioned in my review of the show, young queer people are still taught to believe that adhering to a heteronormative society is the right thing to do. Coming out is a task that shouldn’t be burdened by such an emotional toll, but it is, and Heartstopper perfects the anxiety and relief that comes with unveiling such a vulnerable part about yourself. Nick looks scared and defeated at points, only for that to fade away in exchange for euphoria when his feelings are finally requited, with those he loves most accepting him for who he is.

Ending the show with approval from his mum was perfect, and a scene I was anxiously waiting for and hoping wouldn’t be skipped over. Heartstopper ends on a beautiful high because of its inclusion.