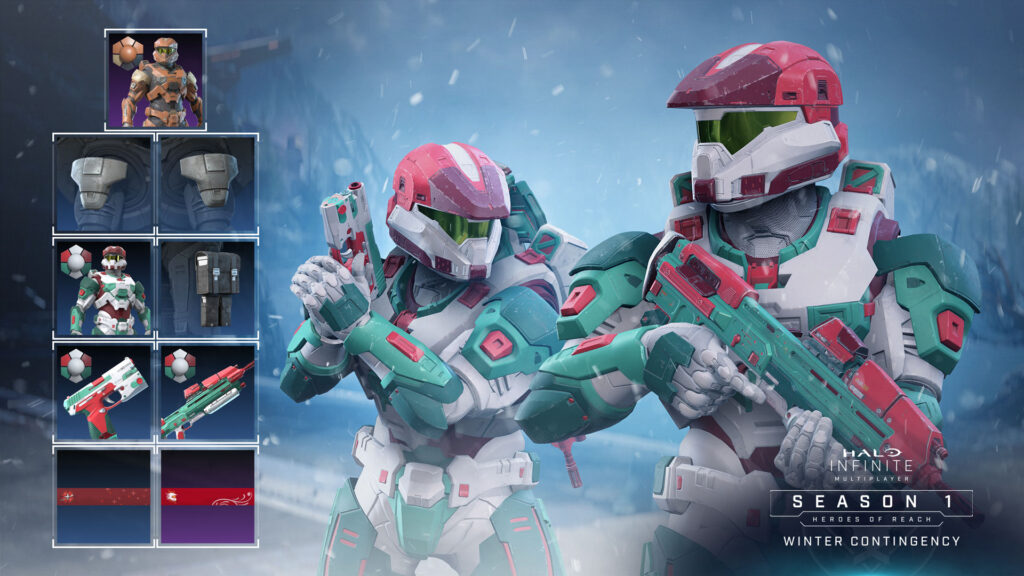 The first new Halo Infinite event since launch has just started and Microsoft has promised it’ll be a lot easier to unlock the cosmetics.

Halo Infinite is a good game, but it is one with a number of flaws, in both the story campaign and multiplayer. The latter has been heavily criticised for how long it takes to unlock anything and the fact that you need to pay for microtransactions to get all items.

Developer 343 Industries has promised that won’t be the case for its new Christmas event, called Winter Contingency, with some new festive themed outfits that are relatively easy to acquire.

The event will work like a belated advent calendar, where you unlock a new item every day just for logging in and playing a single match. And… that’s it.

There are 10 items in total, but the event will run from December 22 to January 4, so if you miss a few days there’s still time to get them all.

New paid-for cosmetics have also gone live today but they don’t seem to be Christmas themed, as while the Fire and Frost one sounds pretty festive the red and gold design is clearly inspired by Iron Man rather than Father Christmas.

There’s also some separate cat ears, but it’s possible additional seasonal extras could be added in the next few days.