Home » News » Guild Wars 2: End Of Dragons – How To Complete The Looking Back Achievement

Guild Wars 2: End Of Dragons – How To Complete The Looking Back Achievement

In this guide, we are going to take a look at how to complete Looking Back; this will include the location of each hint for the achievement, as well as how to get there. As mentioned before, you will need to complete the main story in Cantha before you can begin this achievement. 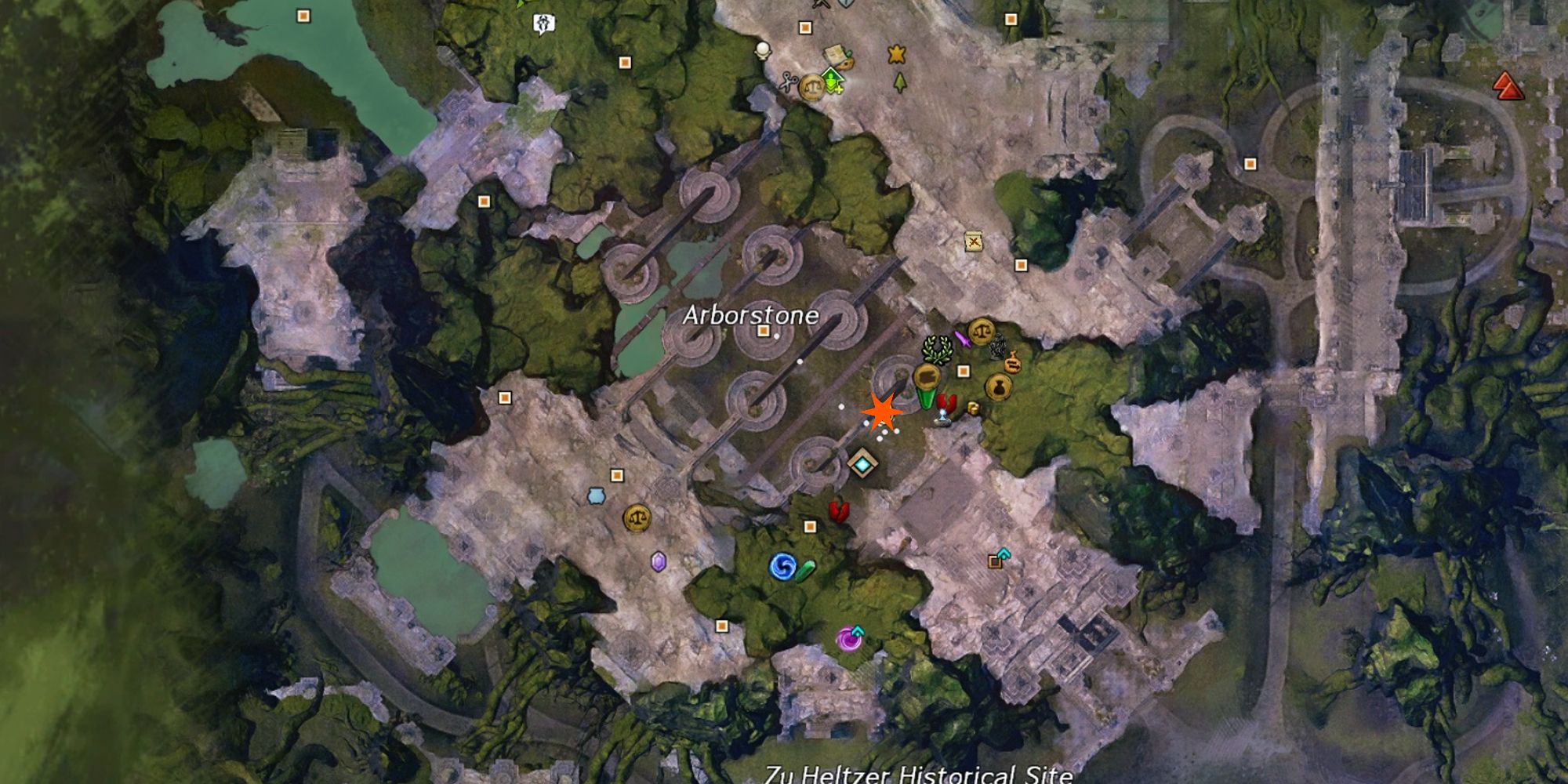 To begin Looking Back, you will need to speak with Marjory in Arborstone. She will be located directly next to the Arborstone Waypoint, so you don't have to venture too far to find her.

After speaking with Marjory, the Looking Back achievement will unlock and you can begin finding her around Cantha.

The first location to visit is on a bridge that overlooks the Kaineng Ruins. This is located in the northeast portion of New Kaineng City. You can see the location marked on the map above.

Marjory will be standing on the diagonal bridge in the area, which can be reached by climbing from any of the three walls nearby. With a Springer mount, you can easily hop between the ruins and make your way up to Marjory. 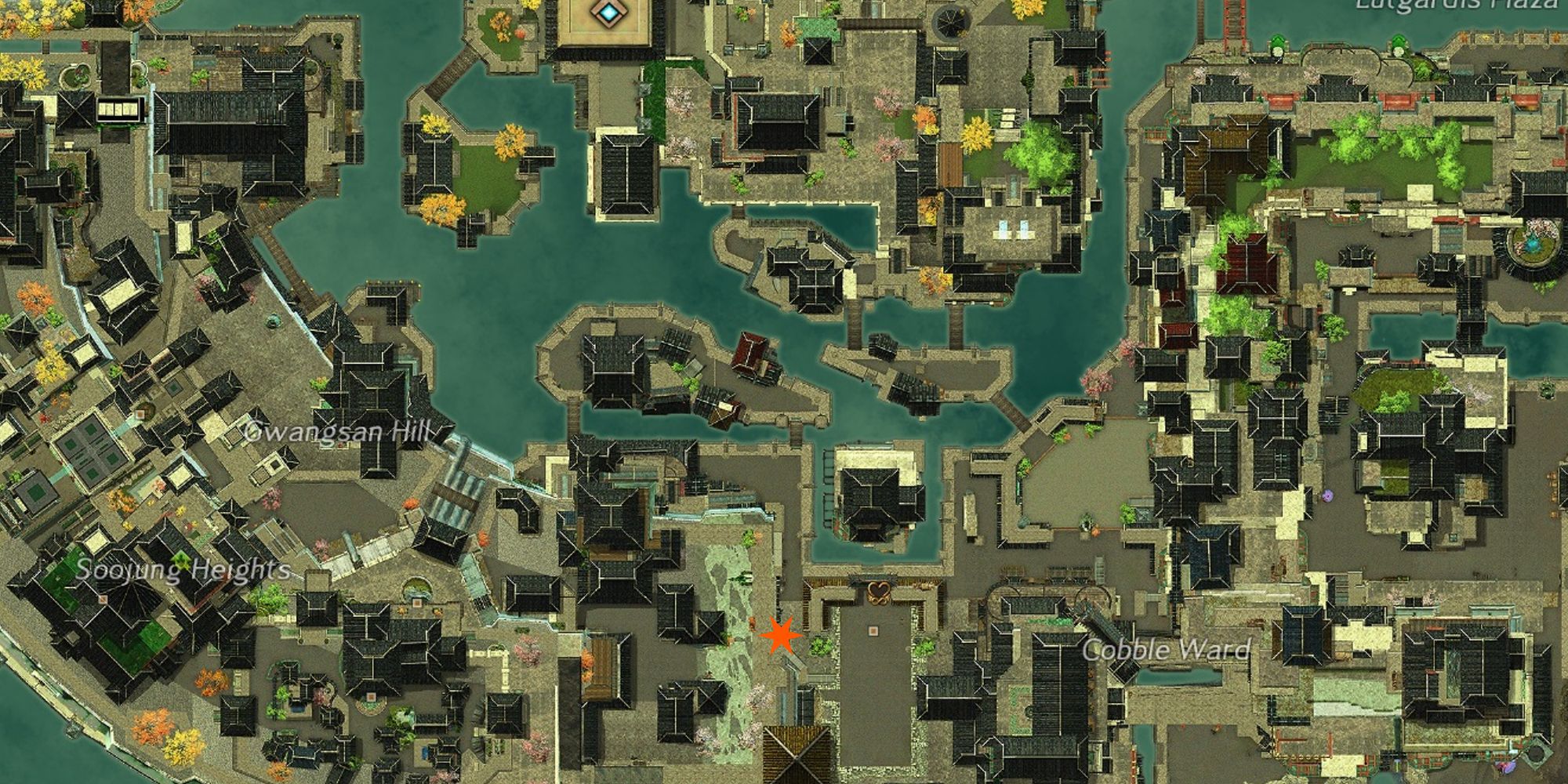 After finding Marjory in the Kaineng Ruins, teleport to the Lutgardis Plaza Waypoint and head south to the renown heart. Marjory will be on a balcony overlooking this square, which can be reached by taking a zipline directly to the right of the Tengu Square point of interest.

Location Three: Near The Jade Monument

This location is perched above the Jade Monument on a balcony overlooking the docks. To get here, you can run south from the Garden Heights Waypoint, and then glide over to the balcony. 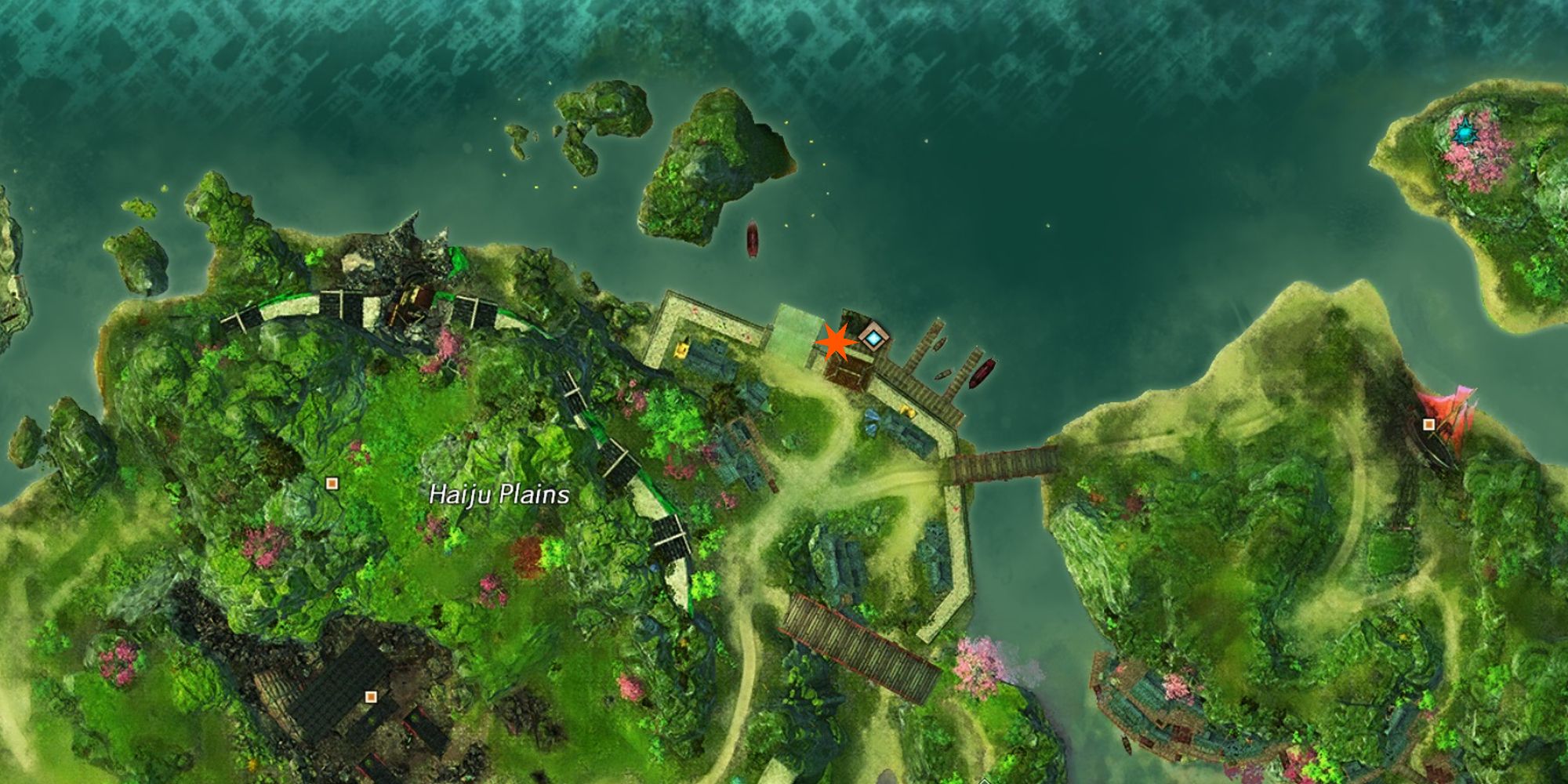 To find Marjory at this location, all you need to do is teleport to the Haiju Docks Waypoint in Seitung Province. Once you arrive, Marjory and Kasmeer will immediately begin talking to you. 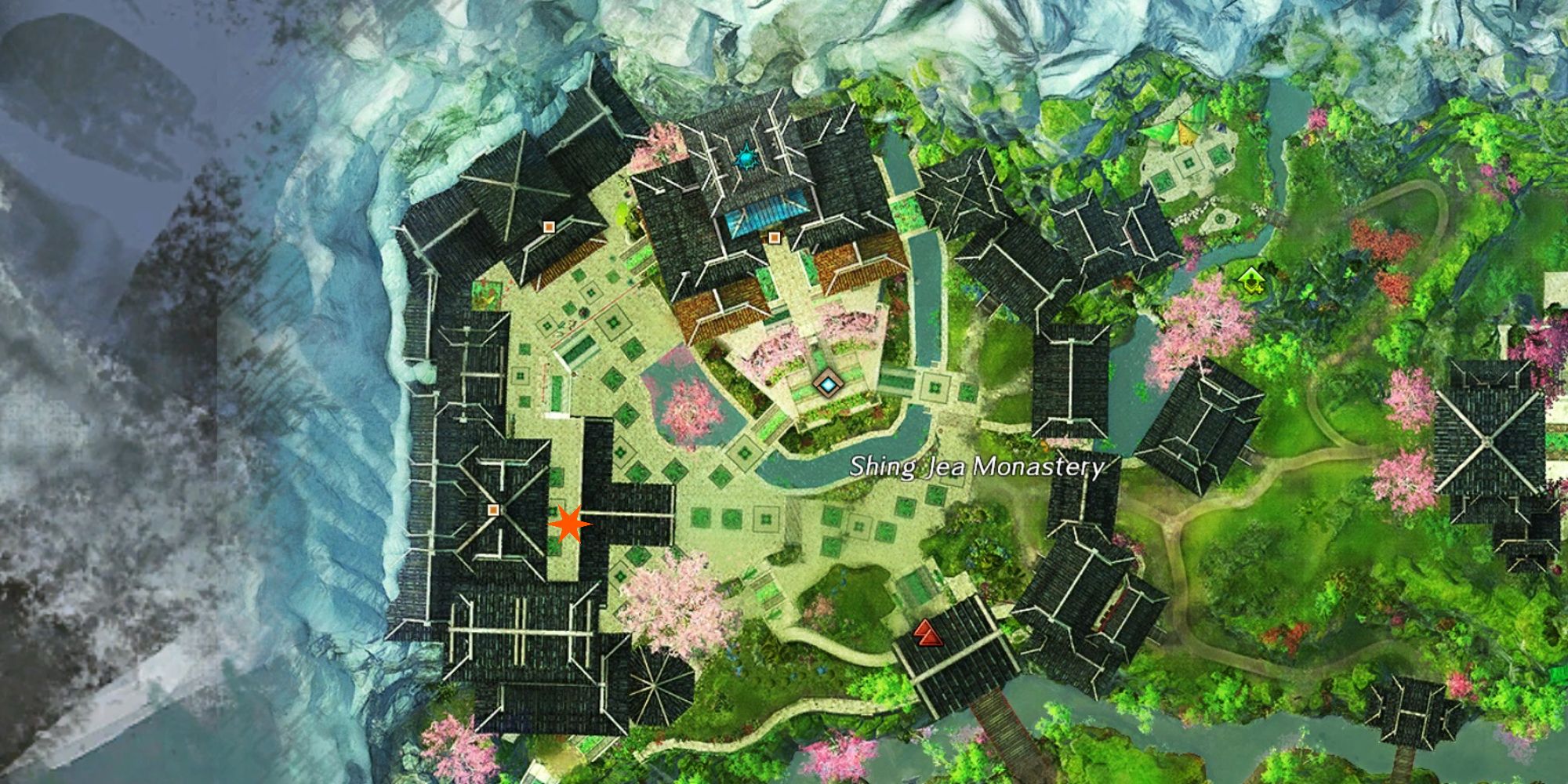 This is another simple location to find. From the Monastery Waypoint, head southwest to a balcony on the second level of the Royal Court.

You can quickly get here by heading north from the waypoint and then taking the staircase that loops west. Follow the balcony south and you will see Marjory standing at the location marked above.

Location Six: At The Afflicted Memorial 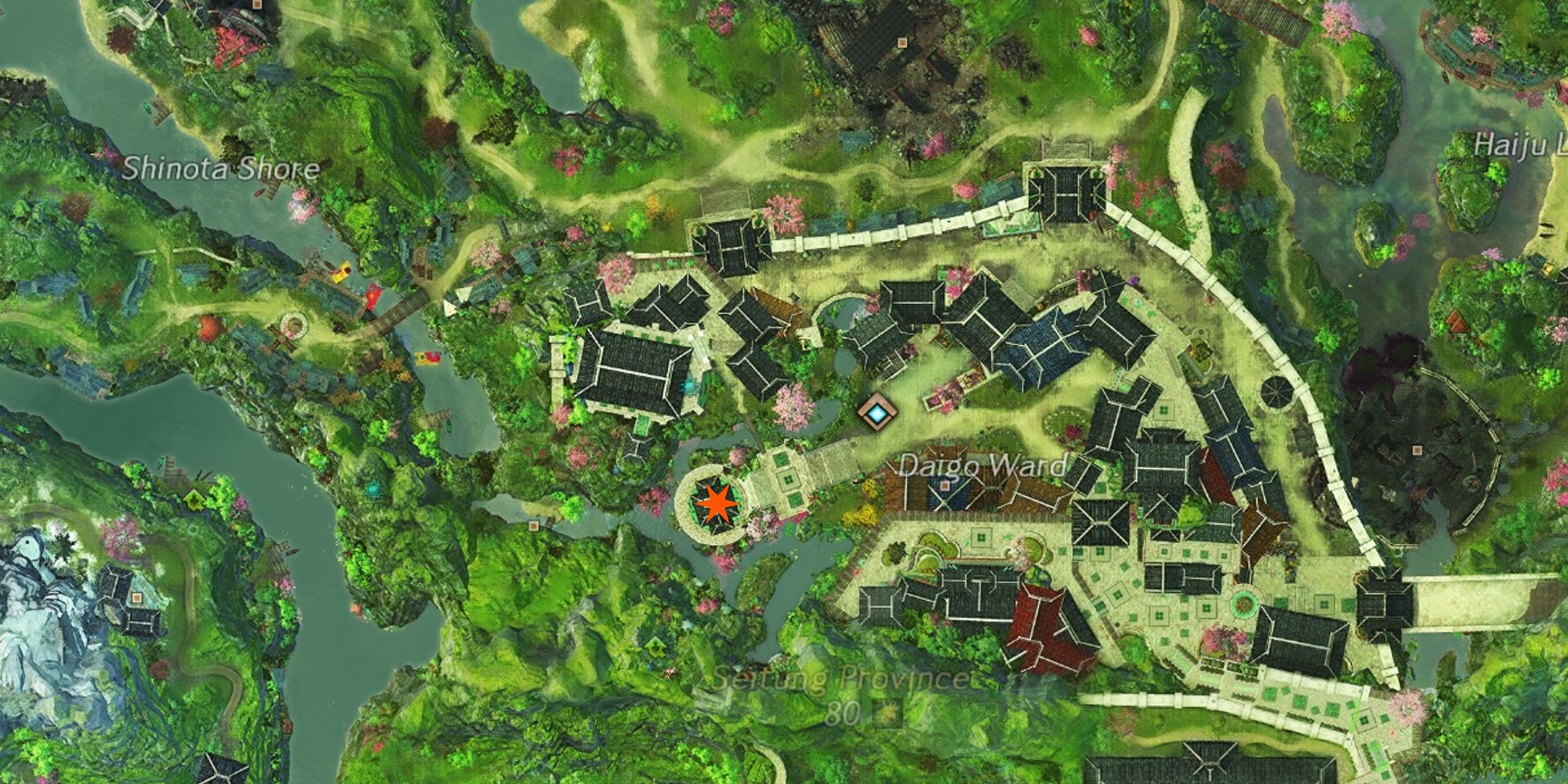 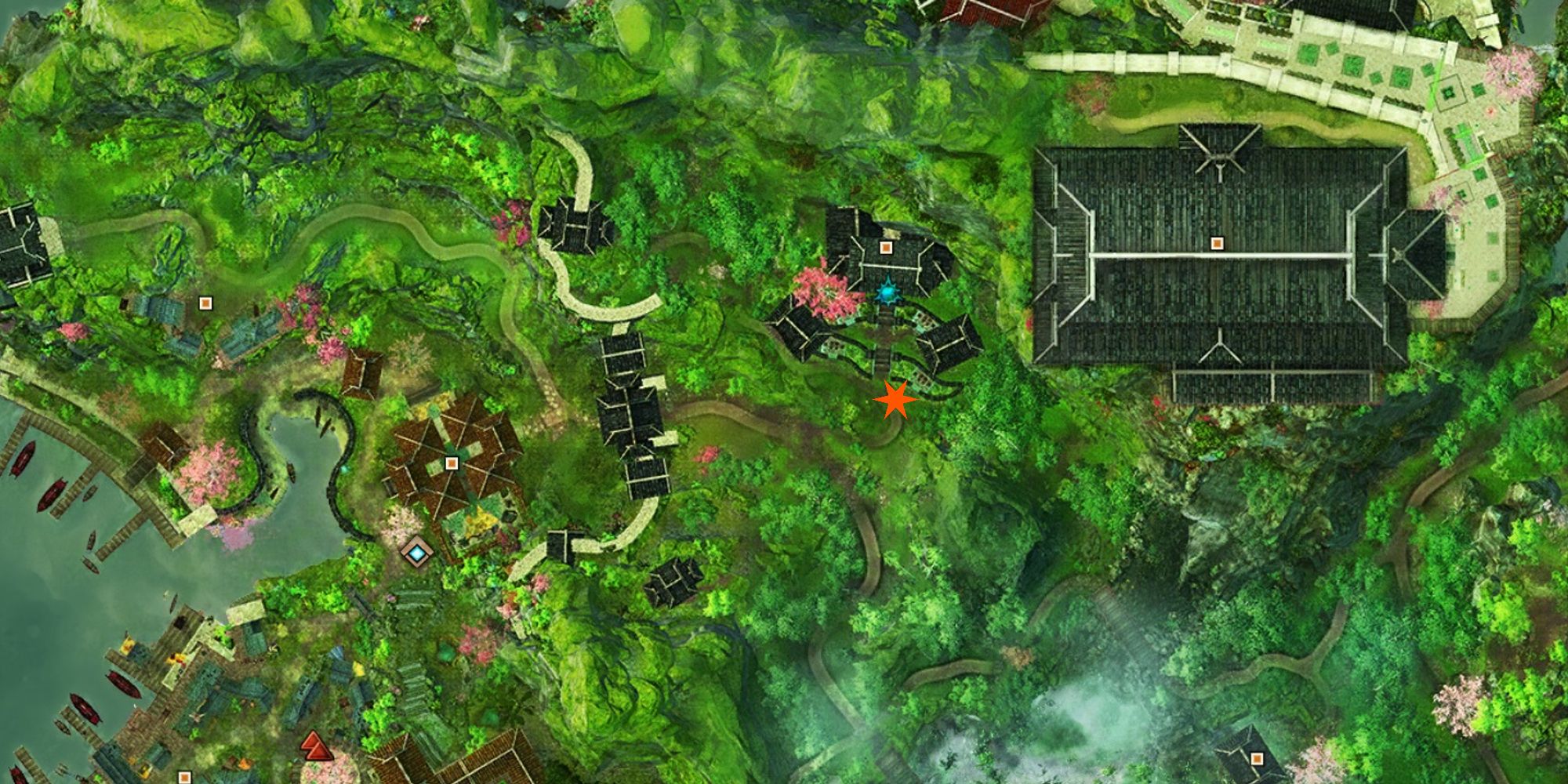 From the Village Waypoint, head east out of the large gate and continue east on the path. On the left side, you will find the Valor Shrine, with Marjory standing right at the front near the path.

Location Eight: Around The Outer Terrace 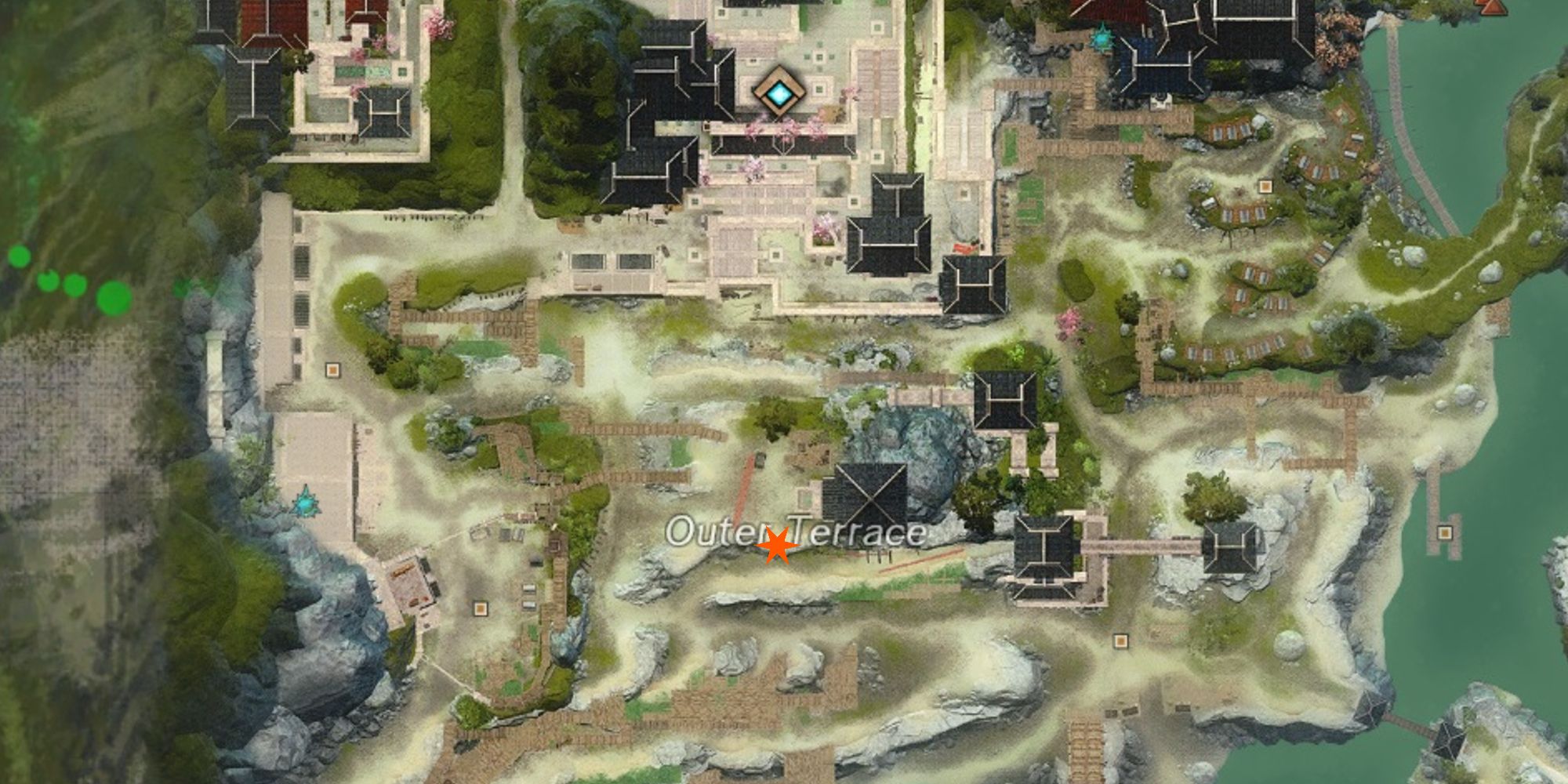 After exploring both New Kaineng City and Seitung Province, it's time to make your way to Dragon's End.

The first place that you can find Marjory is around the Outer Terrace. Her exact location is directly in the middle of the 'Outer Terrance' words that appear on the map. To get here, just head south from the Jade Quarry Waypoint, and you will find her overlooking the Jade Sea.

Location Nine: In The Harvest Complex 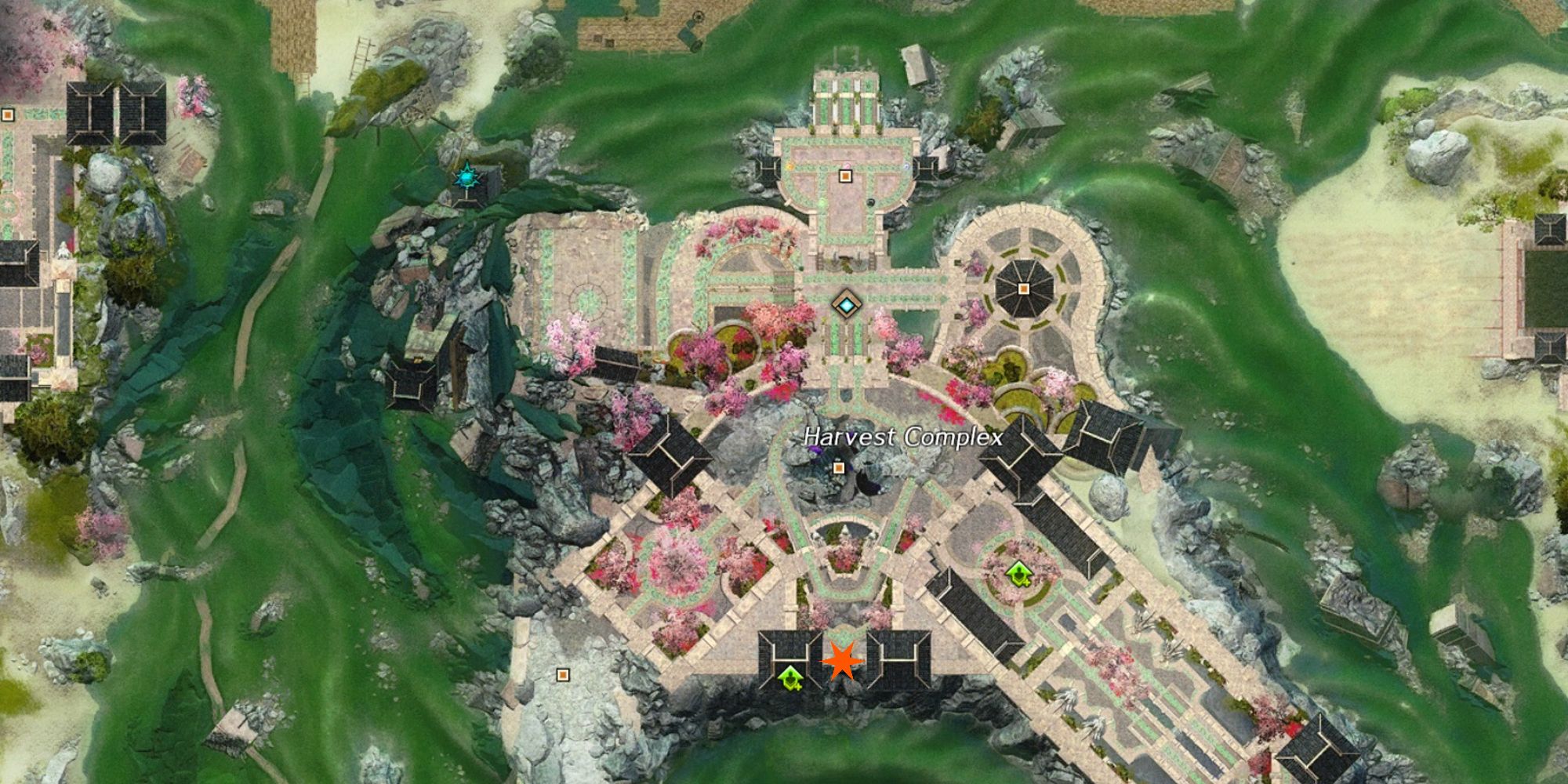 This waypoint is contested more often than not, but you can still get to the Harvest Complex by heading south from the Jade Quarry Waypoint or north from the Frozen Sea Waypoint. 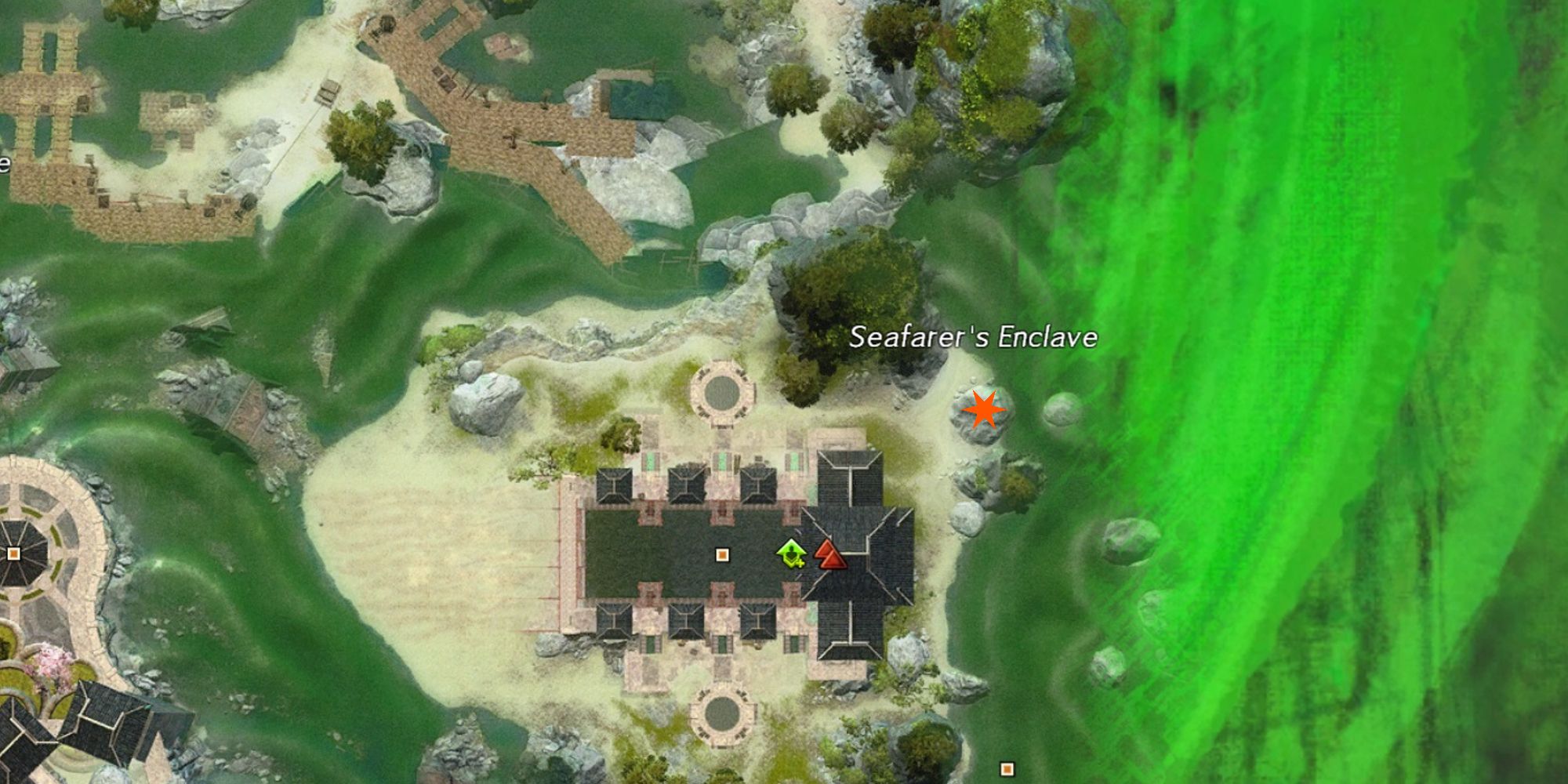 Seafarer's Enclave is a small area to the east of the Juno Hatchery. Marjory can be found standing on a rock here, looking out at the scenery.

This location can be reached from any Waypoint that is not currently contested; all you need to do is head to the hatchery and then continue going east a little.

Location Eleven: By The Silent Surf 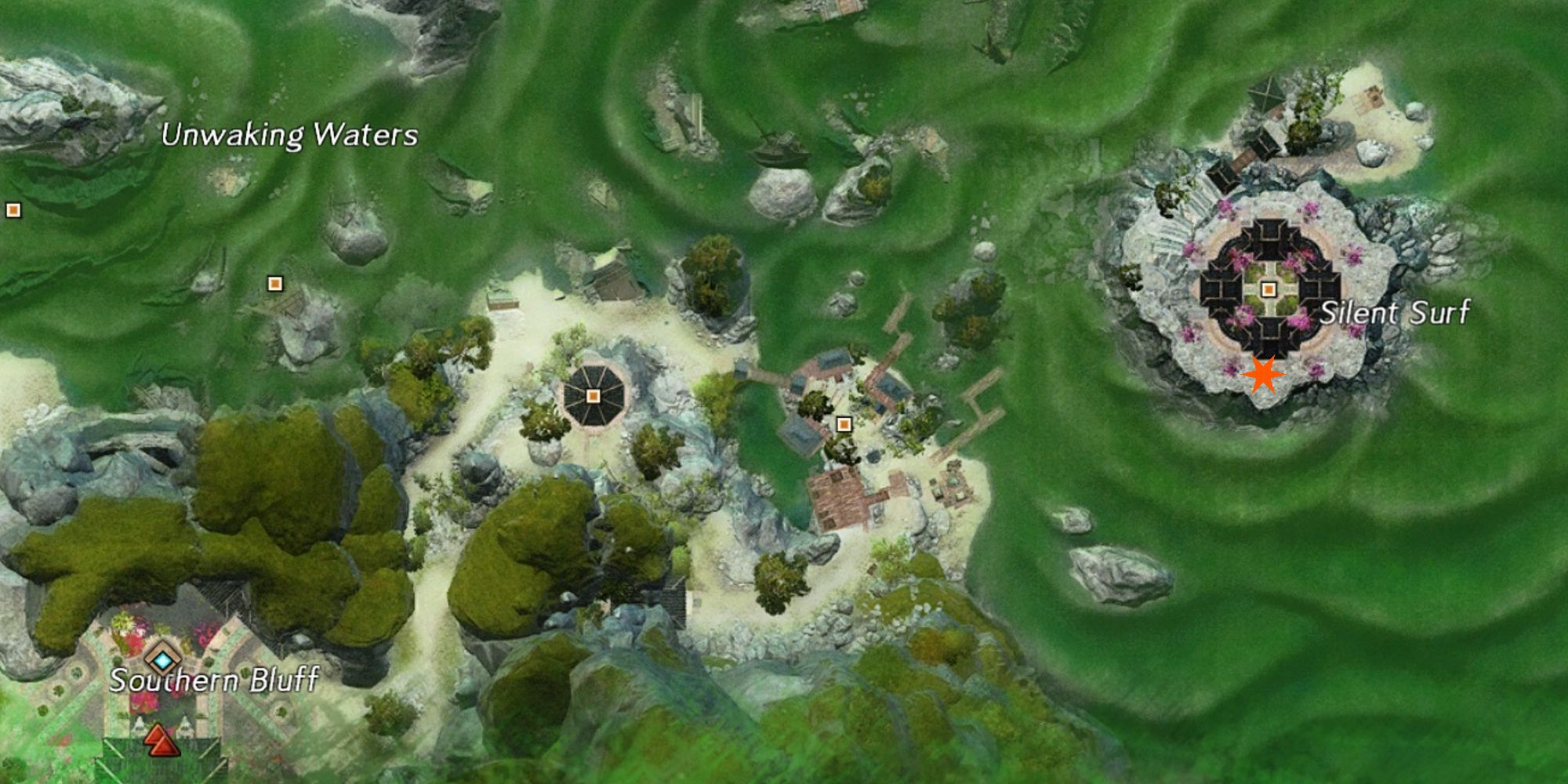 Lastly, you will need to find Marjory at the Silent Surf. You can quickly get to this area by heading east from the Frozen Sea Waypoint. With a Springer, you can hop up directly to this location, or run up the ramp on the north side of the structure.

Once you speak with Marjory, you will enter into an instance with Marjory and her sisters. 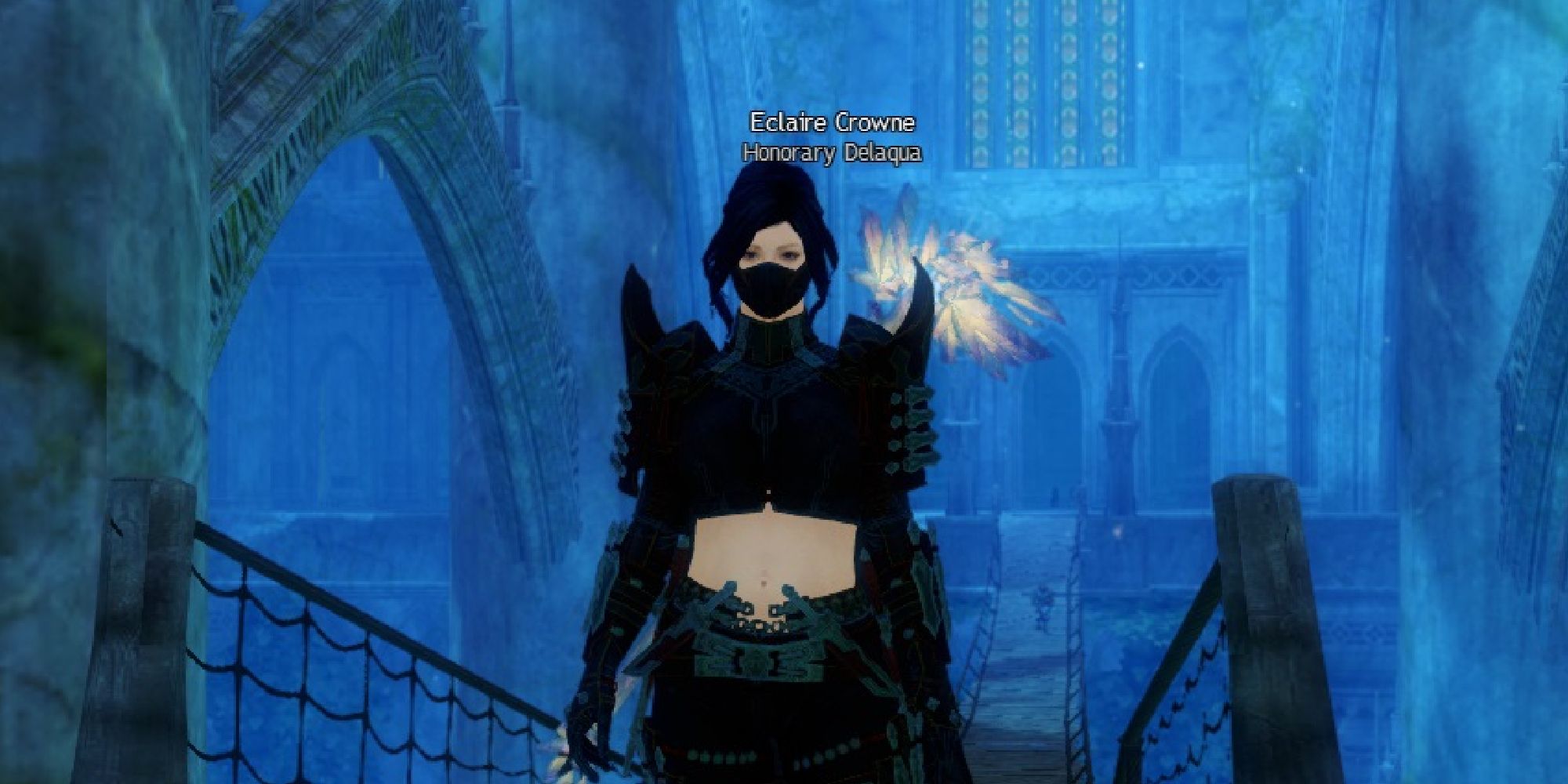 After visiting all the locations listed above, you will complete the Looking Back achievement and receive the following rewards.