Greekgodx went from 370 pounds to around 200, and it’s left him with a lot of excess skin that he’s proud to show off on Twitch.

Doctors always tell obese people to lose weight in order to live healthier lives, but what they don’t tell people is that losing that much weight can have some unintended side effects. One of those side effects is the loose, baggy skin.

Dimitri “Greekgodx” Antanonatos knows all about that problem, as he went from a peak weight of 369 pounds down to what is likely around 200 pounds after a two-year weight loss journey.

The name “Greekgodx” was initially a joke for the morbidly obese Twitch streamer. Greek is one of those shameless chubby guys that had no problem with showing some flubbery skin on camera, which is one of the reasons why he grew to such immense popularity on the streaming platform. 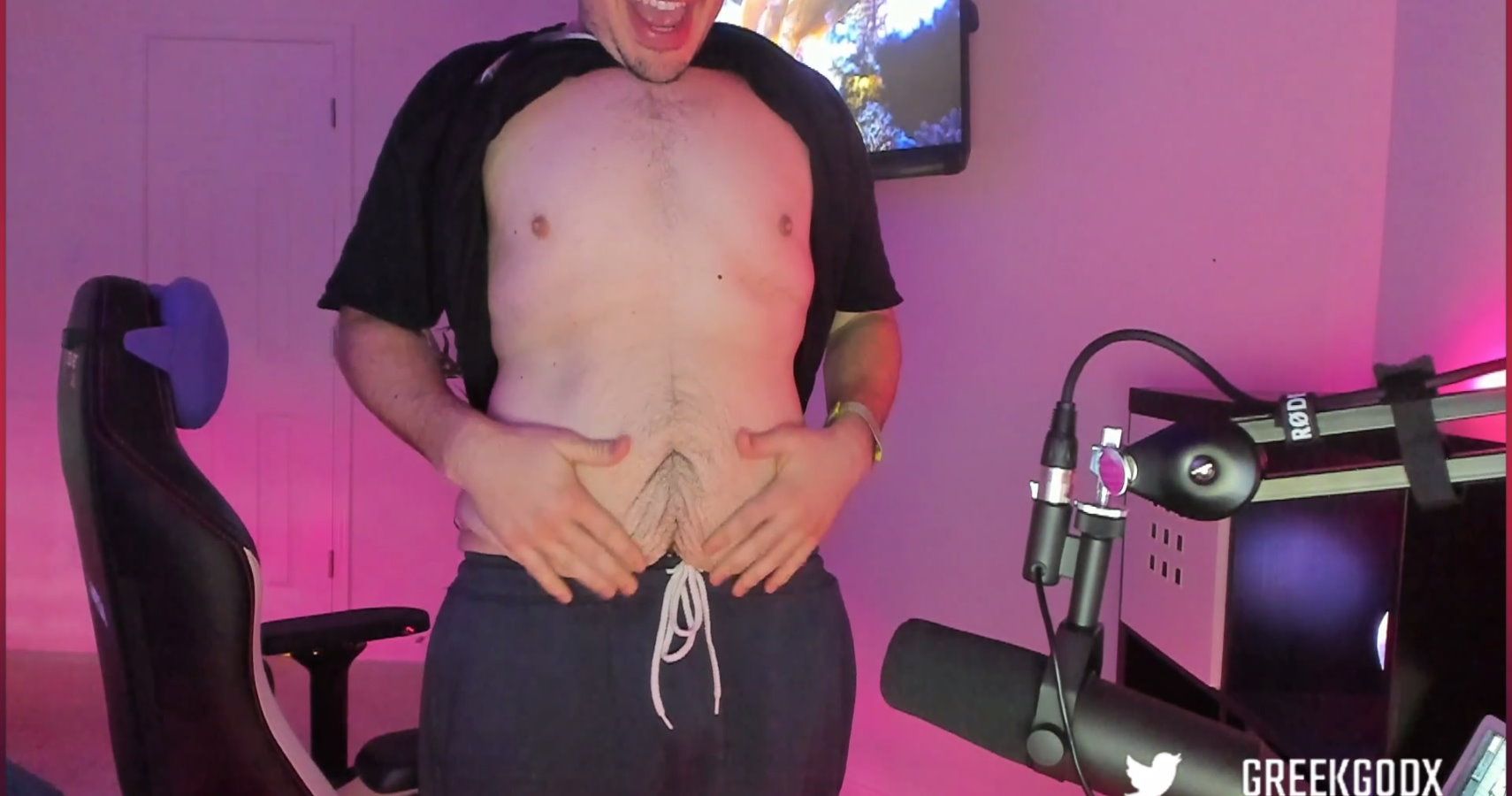 About two years ago, Greek peaked at 369 pounds and decided that enough was enough. He started working out and started eating better, losing about 70 pounds over the course of his first year. In his second year, he lost even more weight so that you basically wouldn’t even recognize him from two years ago. Now the name isn’t quite so much a joke anymore.

The only thing keeping Greek from actually having the body of a Greek god is all the loose skin hanging around his middle, which he showed off on Twitch yesterday.

“I can show you my loose skin, I don’t care,” he said before getting up from his chair and lifting up his shirt. You can see that his skin sort of hangs around the front and sides; because it was stretched out for such a long time, it still retains its original shape even though the fat underneath is all gone. This leaves Greek with some unfortunate excess that is really hard to get rid of.

Greek can try and do some toning exercises to help, but the only real solution to getting rid of that much skin is surgery. However, surgery often leaves scars, so it’s a bit of a catch-22 situation.

Given how comfortable Greek seems to be in his body, it seems doubtful that he’ll go to the expense and risk of surgery. He really shouldn’t have to anyway–his baggy skin is just a reminder of how far he’s come in two years.