Home » News » Godfall: Everything You Need To Know About The Tower Of Trials

Godfall: Everything You Need To Know About The Tower Of Trials

Godfall has a bunch waiting to be unlocked through mainline progression. Just when you thought you were done with X, suddenly Y opens up, and you find yourself hooked on a new kind of gameplay loop. Godfall does this multiple times during the story and then continues to do it once it has all wrapped up. The Tower Of Trials opens up once you reach the Water Realm.

The Tower Of Trials is a lot like the Tower of Ascension you find yourself in every few levels. As the same implies, it’s a big tower. You ride an elevator, fight enemies, open some doors, ride the elevator some more, repeat. It’s addictive, rewarding, and a great test of your abilities – but what’s with all those symbols and all those keys?

What Is The Tower Of Trials? 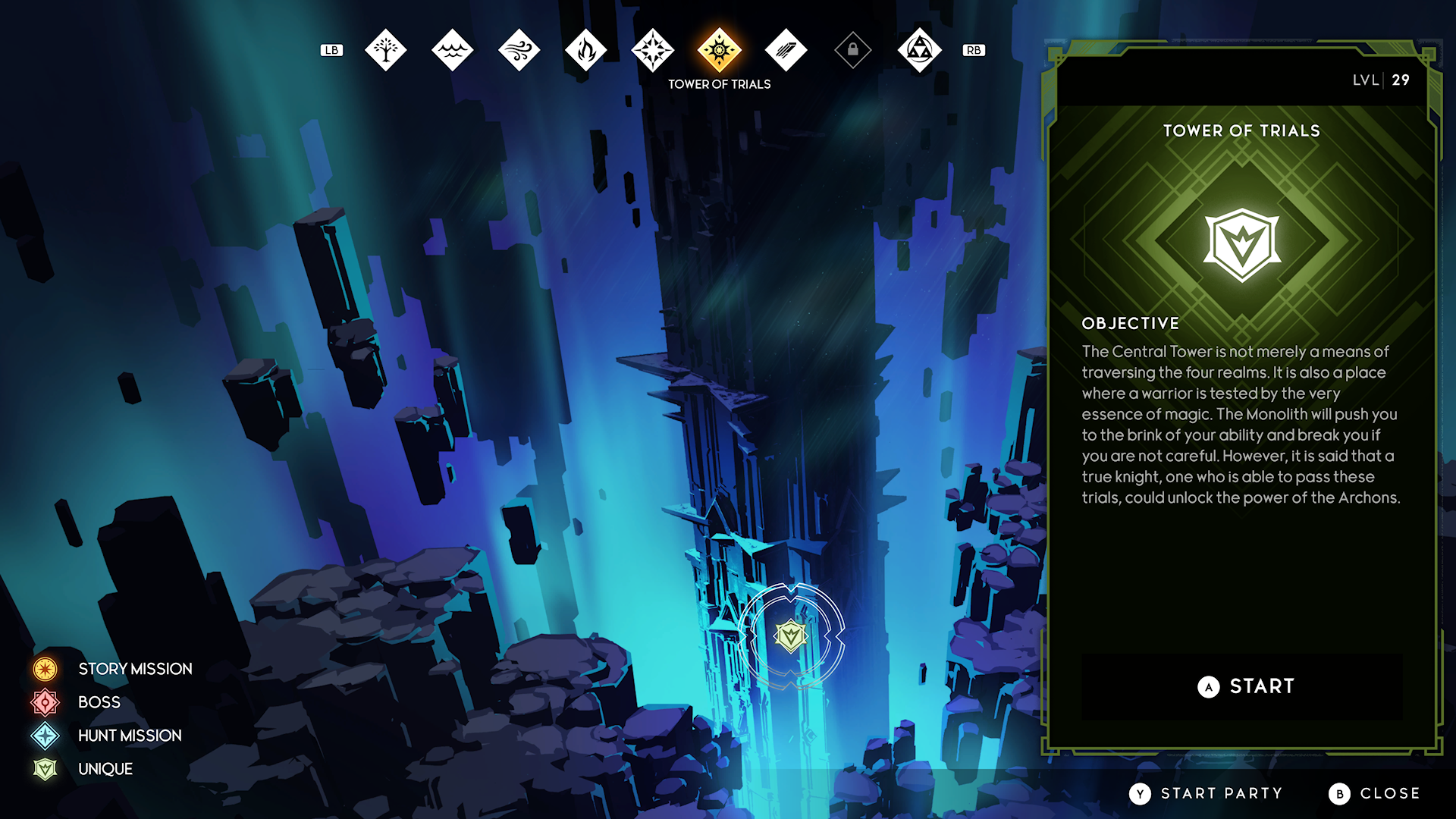 The Tower Of Trials is, well, a Tower filled with Trials. There are 10 floors to navigate, with each floor rewarding you with combat, loot, doors, and keys. Getting into the Tower Of Trials is as easy as selecting it on a menu, but there’s more to it than that.

Firstly, it costs Coins Of Valor to enter the Tower Of Trials – five to be exact. These coins are incredibly valuable, and difficult to find – especially early game. Spending them on the Tower Of Trials, and messing up, can be quite a blow to resources. Make sure you are ready before you take the plunge.

If you do jump in unprepared, the Tower is more forgiving than you might think as you can still respawn on death. However, you only have three lives, so once you’ve burned through them, you are going to be in a world of pain – more specifically, empty-handed and back in the Sanctum.

Finally, the Tower is randomized every time you enter. There is only so much preparation you can do, so warm up, get some practice in the training room, and dive in once you feel you’re ready. The rewards are well worth the trip.

Tower Of Trials – Keys And Doors 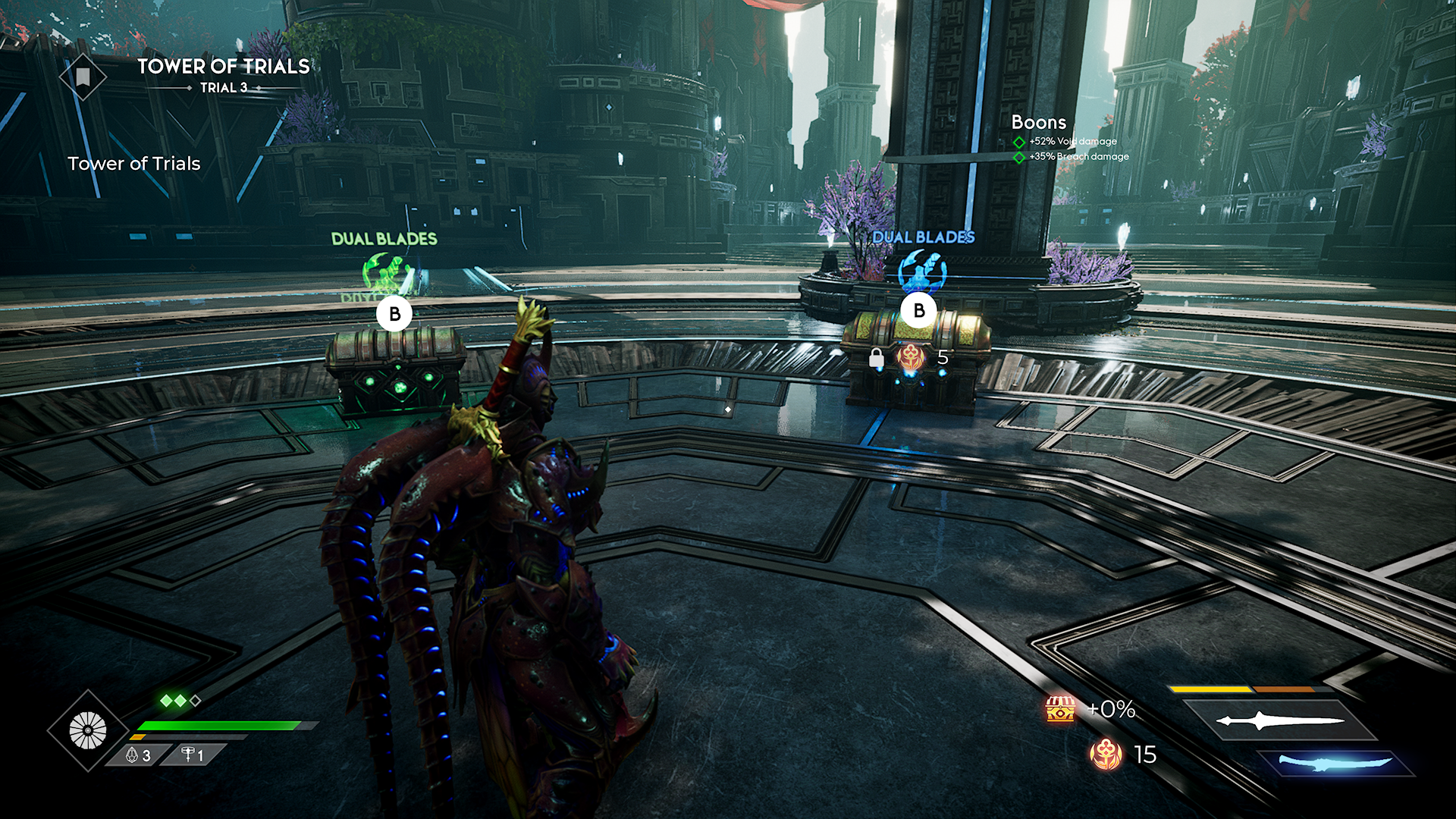 Outside of the obvious battles, you are going to grind through, there are two main aspects to the Tower Of Trials: Keys and Doors.

Keys are awarded for clearing out enemies on a floor as quickly as possible. Speedy, effective dispatch rewards you with more keys, and these keys can then be used to unlock rare loot from the various chests you will encounter. Hit hard, hit fast, and preserve your life. Easy.

You need a certain number of keys to open each chest:

If you want the best loot when it rolls around, make sure you go all out in combat.

The Symbol on each door represents the type of equipment you will find, and these are split into Longsword, Dual Blades, Polearm, Greatsword, and Warhammer. This makes it much easier to find what you are looking for, which helps remove some of the randomness involved in Godfall's loot system.

The color of the symbol represents the rarity of the item within. These are Green, Blue, Purple, and Orange, or, Common, Uncommon, Epic, and Legendary. You may be tempted to pick the Legendary door every time you come across one, but it’s sometimes (nearly always…) better to go for the item you want, not necessarily for the rarity of an item you don’t. 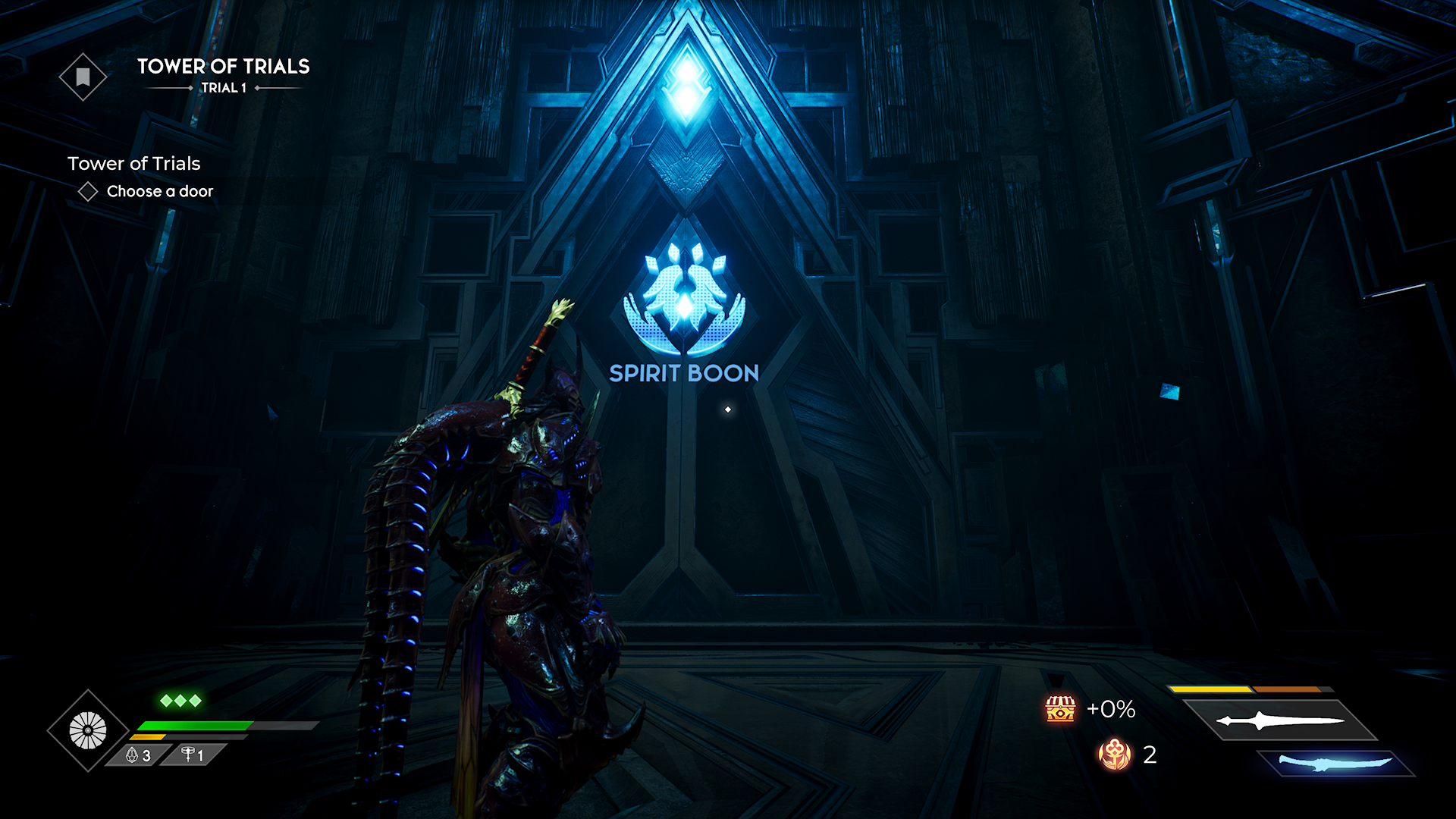 Alongside regular “loot doors”, the Tower Of Trials has a bunch of Special Rooms just waiting to be plundered. They are:

Boon Springs offer temporary buffs to your character that persist for as long as you are in the Tower Of Trials. These will buff Orin appropriately, based on the attribute you choose to buff. Might for damage, Vitality for Defense, etc.

Chest rooms provide a chest that contains loot of the rarity indicated on the door. This room does not contain any enemies and is a great way to quickly grab some gear and move on.

Key rooms, as the name implies, give you more keys. The catch is that you need to fight enemies. Like with regular key acquisition combat, you will need to kill enemies as quickly as possible to grab the most amount of keys.