Home » News » Gex Junior Exists, Which Shows There Is No Hope Left For Humanity

Gex Junior Exists, Which Shows There Is No Hope Left For Humanity

Gex is a platforming mascot lost to time. His flame fizzled out over two decades ago, with Crystal Dynamics moving onto bigger and better things after giving the pop culture reptilian his time in the spotlight. However, it seems things were once going to be different, or the creators behind this forgotten relic had plans for him to rival the likes of Mario and Sonic.

Fortunately we were spared this expansion, or someone finally performed the ritual that banished Gex back to the demonic realm from which he spawned. He’s a character doomed to be outdated, with many of the voice lines he spouted across his three games intended to reference popular films, TV shows, and cultural events in the contemporary landscape.

I’m sure lame adults or critics at the time might have picked up on these groan-inducing attempts at comedy, but baby Jade simply thought the talking lizard was funny and enjoyed how each level was so fundamentally different from what came before it. It turns out that the majority of Gex’s stages were based on classic films and genres, poking fun at them with a knowingly satirical wink towards the camera. Very clever you slimy little bugger. 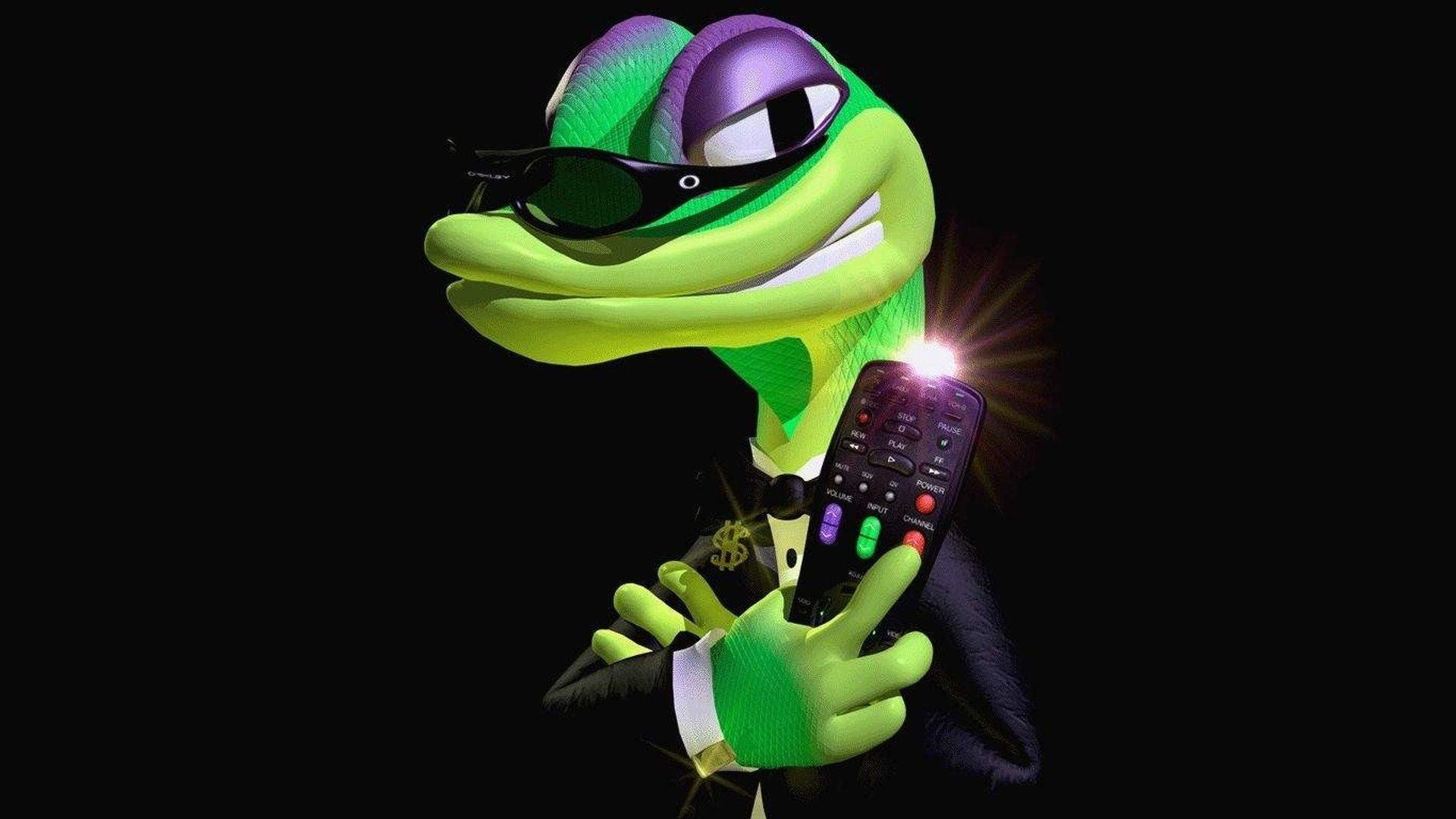 It was all a bit silly back then, but now it’s prime cringe material the internet has curated into a distinct meme that would make a comeback almost welcome. I mean, it couldn’t be any worse than Balan Wonderworld. I doubt we’ll ever see such a revival, but a recent prototype has emerged online that provides a glimpse at an alternate timeline, one where Gex ruled the roost and became a figure of significance in the medium. It turns out he also fucks.

Earlier this month saw a brief gameplay snippet from Gex Junior appear on the internet, which I originally thought to be a delayed April Fool’s joke. It felt too perfect, immaculately curated for a specific slice of the internet to fawn over and make fun of. But when you actually stop to think about such a character it makes sense. Back when I was a kid it was the cool thing to take an established character and turn them into babies, either through offspring or just piecing together a different universe for them to exist in. Looney Tunes, Tom & Jerry, The Muppets, James Bond, and WWE, and Baby Mario are just a few properties I can think of that pulled a similar trick. Rugrats even went in the opposite direction with All Grown Up. 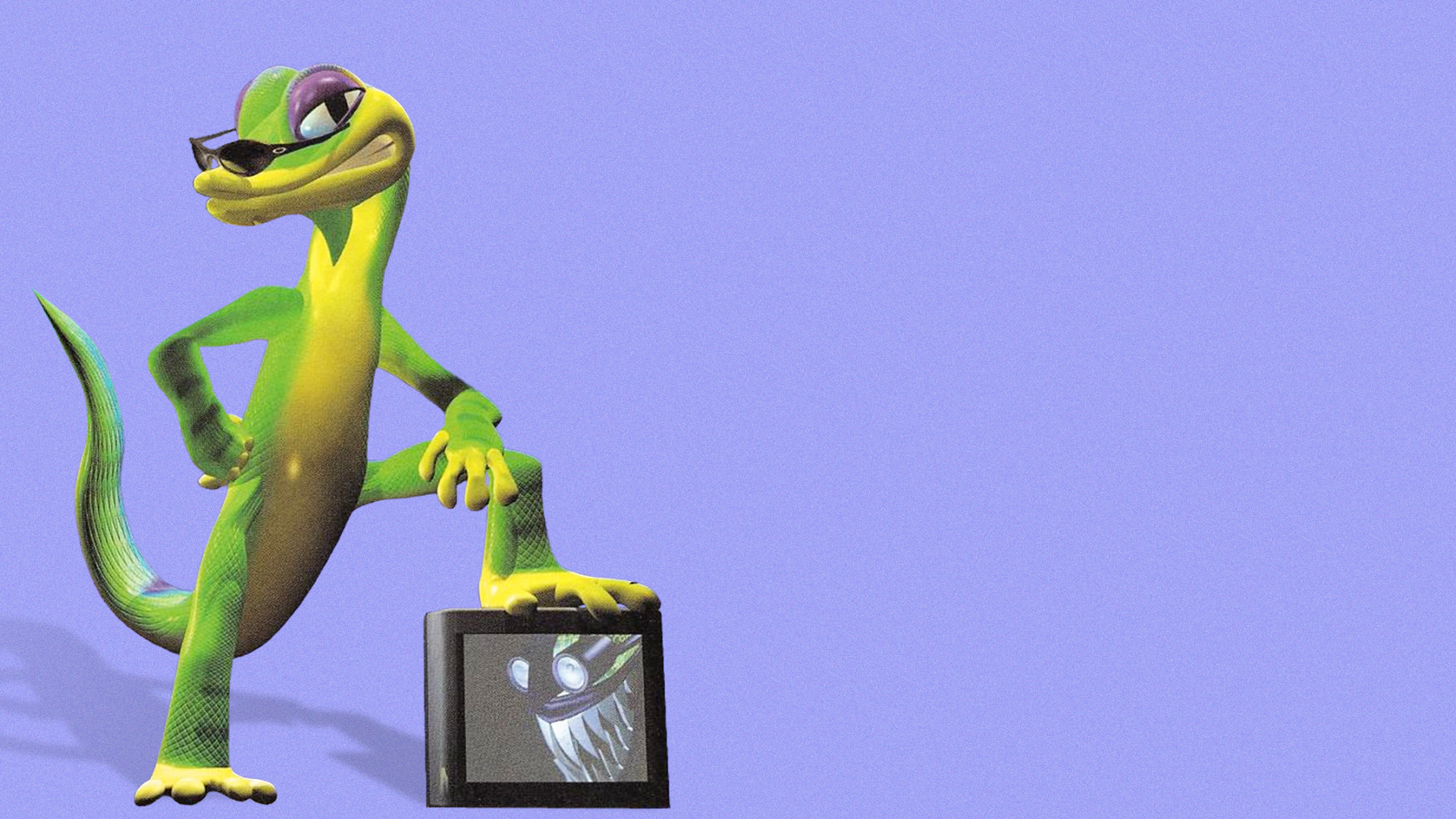 When you consider the popularity of such a trope in the early noughties, the idea of Gex Junior existing doesn’t feel too far-fetched at all. If anything, it probably seemed like a natural evolution for the character once his initial trilogy wrapped up. But either due to lack of faith in the creative vision or not enough interest in the IP, this demo remained shrouded in secrecy until only a few short days ago. It looks a bit rubbish, so perhaps we were spared the punishment of being able to play it for ourselves.

The two minutes of gameplay footage are incredibly brief, appearing as more like a proof of concept than an actual slice of a finished product. Gex Junior can be seen donning a backwards cap (which is extra cool) and a striped shirt as he pounces around a simplistic environment filled with generic obstacles and collectibles that will be familiar to fans of the existing games. Stray assets can be seen in the background too, further supporting the theory that this is little more than a prototype for a project that never entered full production.

Your ears will begin to bleed as the generic music loop imprints itself on your brain, while Gex Junior makes it clear he’s just like his dad by spouting an assortment of awful one-liners that both reference pop culture and make it clear that he’s a child. Given how played out and derivative the idea feels in retrospect, Crystal Dynamics or whoever was behind this premise made the right move in ditching it. Gex was passable for its time, but there is only so much mileage you can exploit from a lizard with an attitude.

Gex Junior exists, but he was strangled in the crib before he had a chance to stain society with his mischief. It was for the best, but I’d be lying if I wasn’t morbidly curious about this project and how such a thing would have panned out. It would just be Gex with a shriller voice and slightly different sense of humour. The inconsistent level design, awful voice acting, and obsession with weird innuendo would remain – so maybe it’s best we left it to die.