Just like the game itself seemed to come out of nowhere, Genshin Impact has been consistently throwing new content and events into the game with little to no warning. While this is great for everyone fully invested in the game, it can make it hard to keep up with all the new things to do, especially if you’re focusing on the story and characters. Thanks to a recent update, a new story quest has been added for the character Mona. Titled the Astrolabos Chapter, this isn’t a timed event like some of the others are, but does have some requirements you should know about, plus some challenges you might need some help overcoming. Here’s how to start and complete the Mona story quest with ease.

How To Start The Mona Story Quest: The Astrolabos Chapter

The Astrolabos Chapter only launched earlier this week, but instructions for how to start it have already been described by the developers. In order to start the Mona story quest you will need to meet quite a few prerequisites. First, you need to reach Adventure Rank 38 or higher. On top of that, you’ll need to have completed the quest The Darknight Hero’s Alibi from Noctua Chapter: Act I. Finally, you will need a Story Key to unlock the quest. If you don’t have one handy, you can earn one Story Key for completing eight Daily Commissions, which can be done over two days. 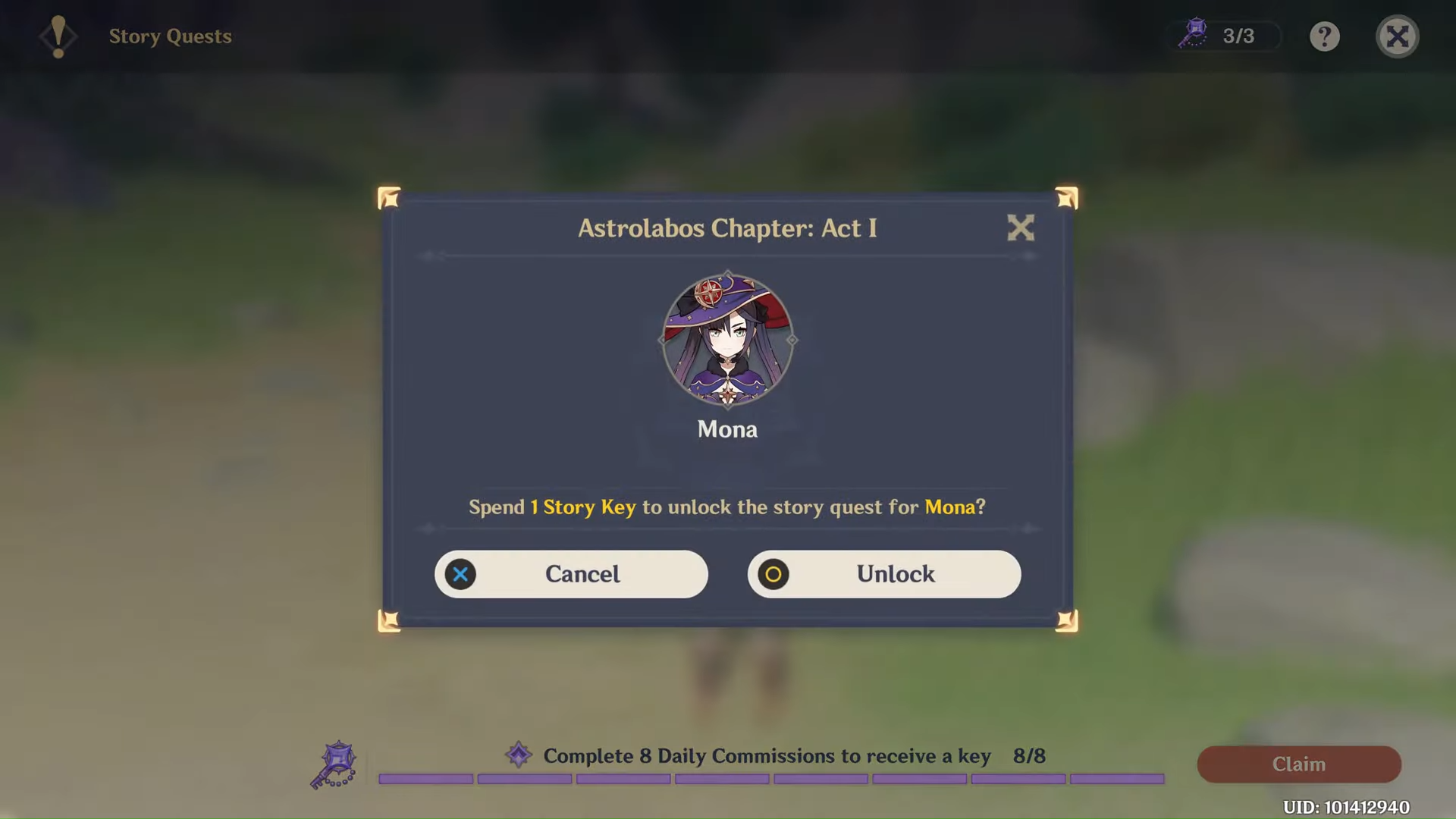 Once you’ve spent the key, head to the entrance of Liyue Port to encounter Mona and start a cutscene. Once you agree to team up, the quest will kick off.

The Astrolabos Chapter starts off easy, tasking you with making a simple detour to allow Mona to say goodbye to the owner of the inn on Mt. Tianheng. The man you’re looking for is named Mr. Zhu, who you’ll find standing outside the deserted inn. 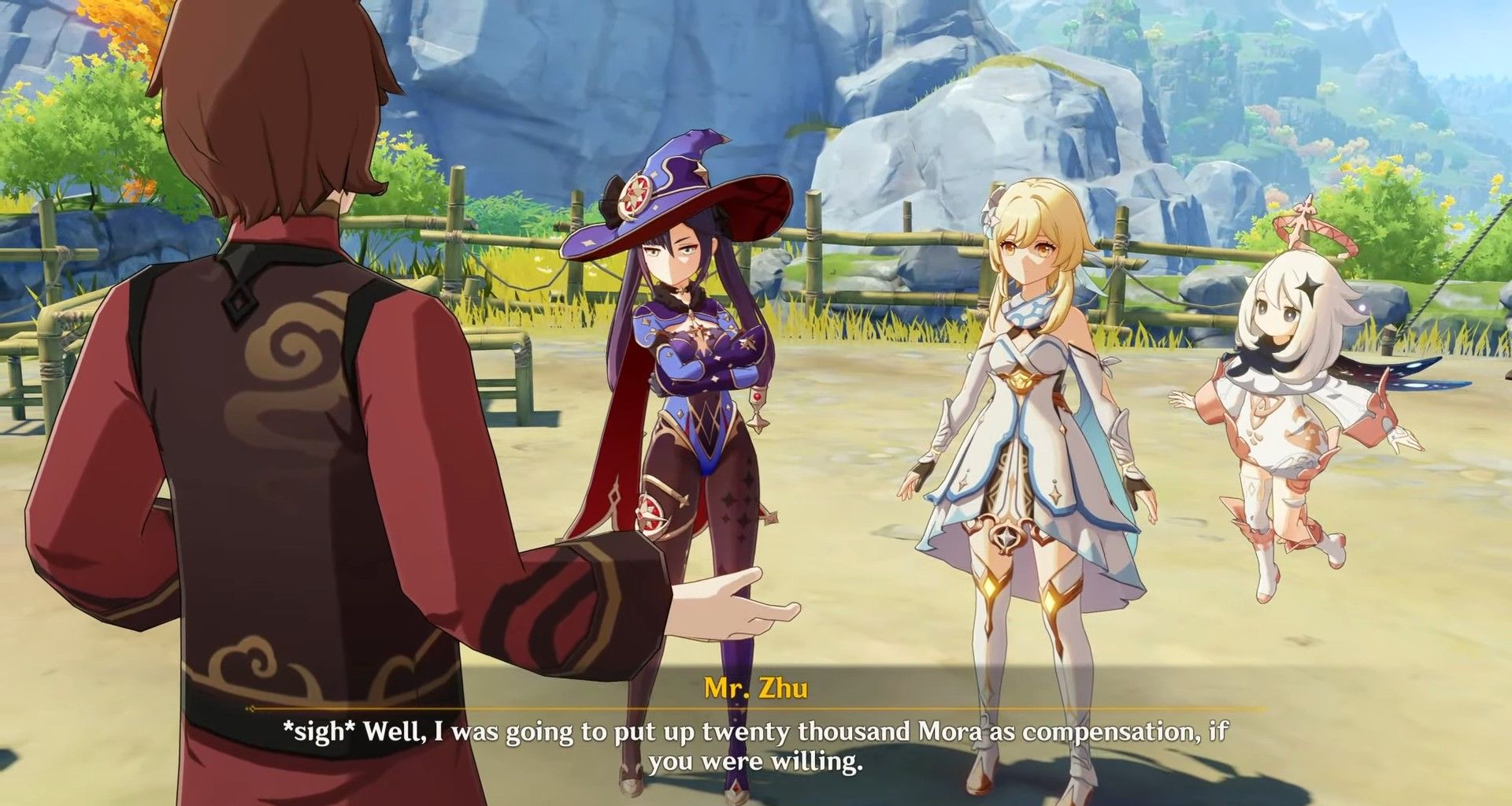 After getting a very tempting offer to help, you get your first real mission to recover Mr. Zhu’s ring from some slimes. Follow the waypoint and set the elemental bait to spawn a few slimes you can easily wipe out. Once they’re all defeated, collect the ring and return it to Mr. Zhu. Mona will be impressed, and after a little bit of history from Mr. Zhu, she will accept the reward on your behalf. At least she offers to buy you a meal. 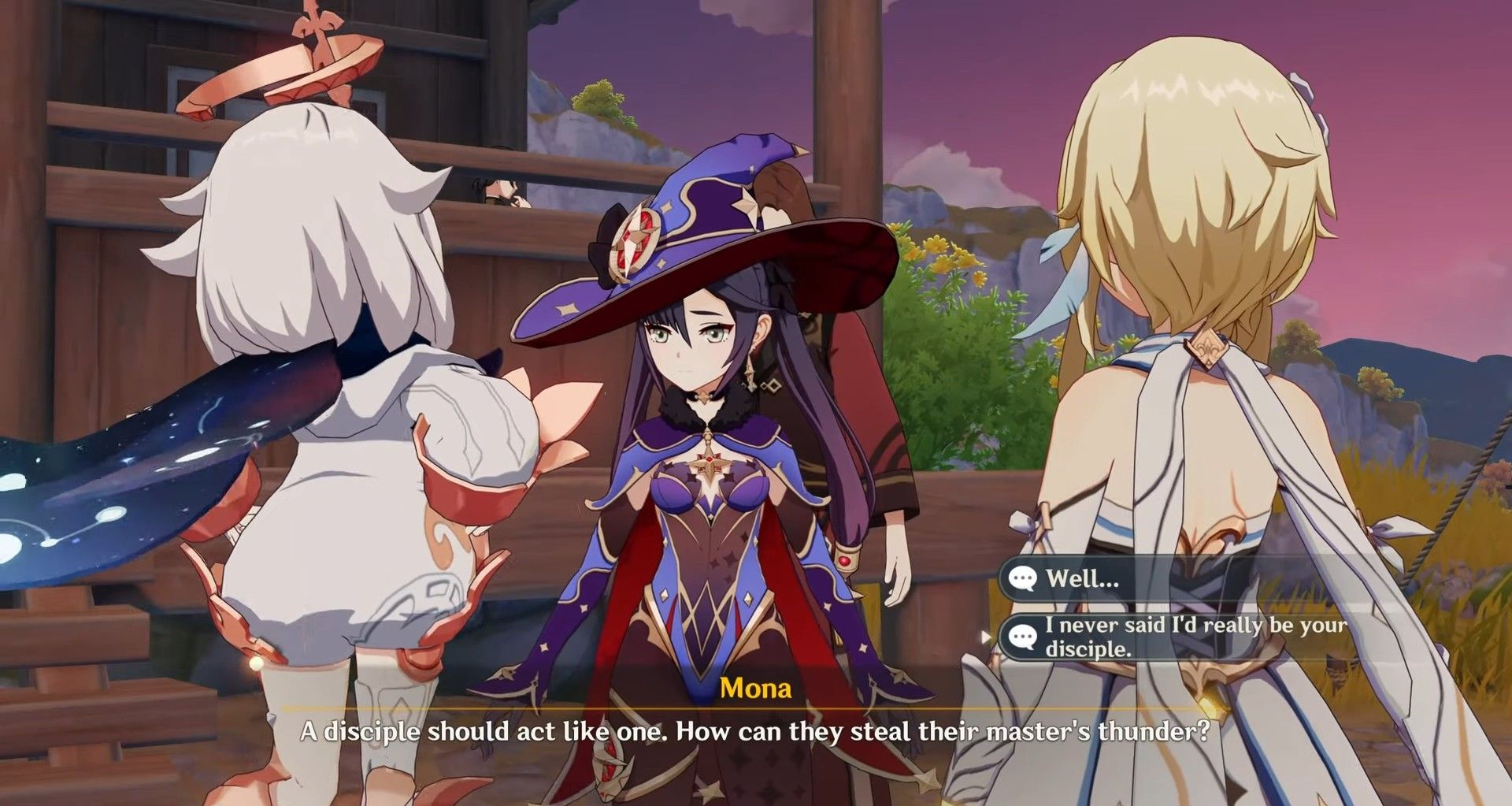 Next stop: Wangshu Inn. Teleport over to the waypoint and meet Mona at the restaurant to start the next cutscene. Feeling sorry for Mona, your next task is to ask to use the kitchen to make Mona a proper meal. You’ll need to make the Golden Crab dish, which you’ll get the recipe for from the Innkeeper. Here’s what you need to find to make it: 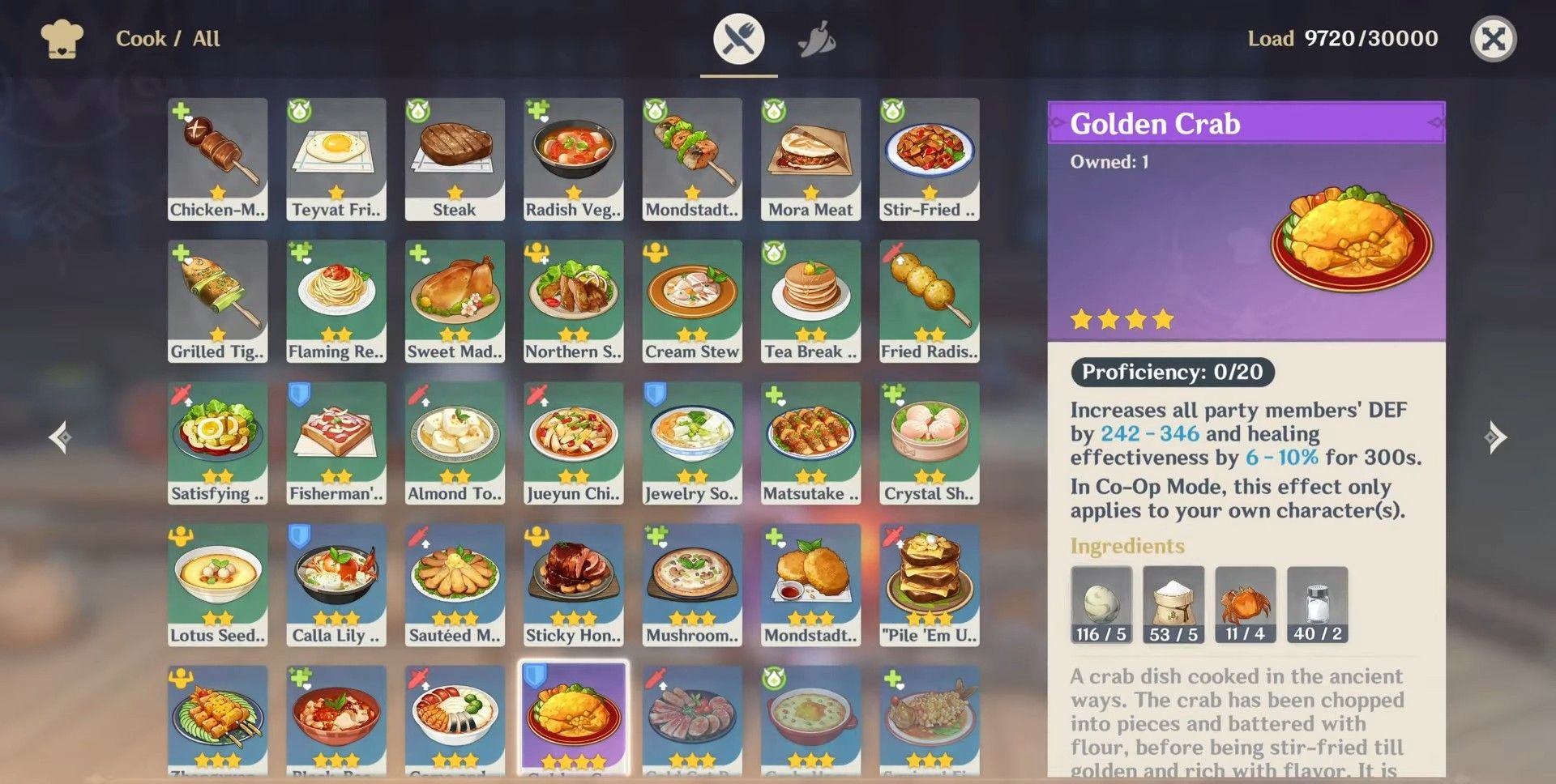 Once you have all of the above, cook it up and present it to Mona. After letting a few compliments slip, she will be ready to continue the quest. Teleport to the Bishui Plain in Liyue and make your way to the next waypoint to start the next cutscene that will end in a battle with four bandits. With Mona’s help, they pose no threat at all. 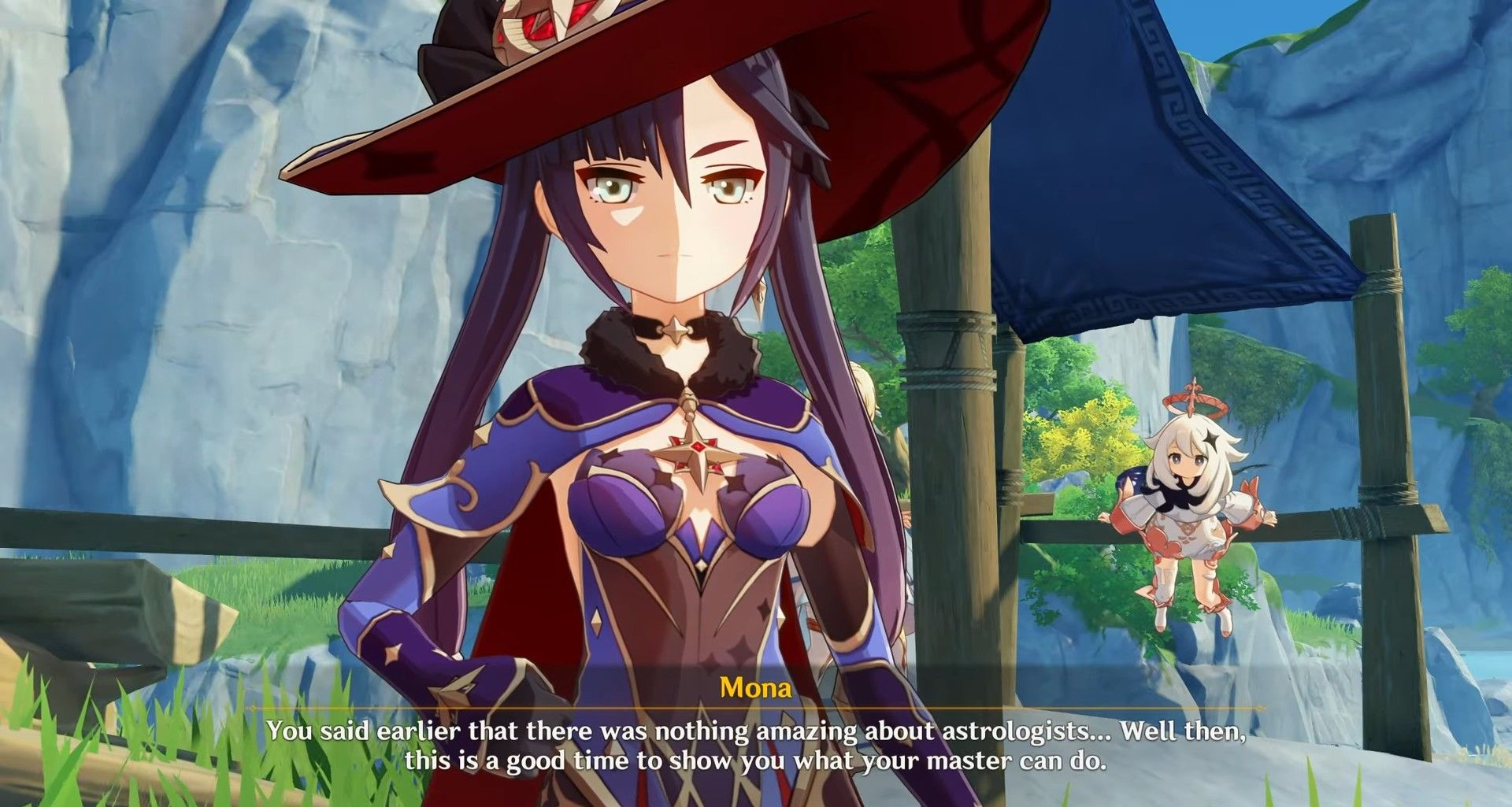 Back on the path to Mondstadt, teleport over to Starfell Valley and run over to the bridge. Another lengthy scene will play out — in the end you’ll need to go after Klee to recover the box for Mona. You can run or teleport to the Statue of The Seven at Galesong Hill to catch up in a hurry. When you arrive it becomes clear that some Dendro Slimes have invaded the spot she buried the box at.

These are tricky enemies that you will need a Pyro character to deal with. They will stay hidden underground, only popping up when your back is turned, making them almost impossible to defeat normally. However, if you set the ground alight they will be forced to stay above ground, leaving them vulnerable to attack. Once they’re exposed, they pose little to no threat, so wipe them out and recover the box. 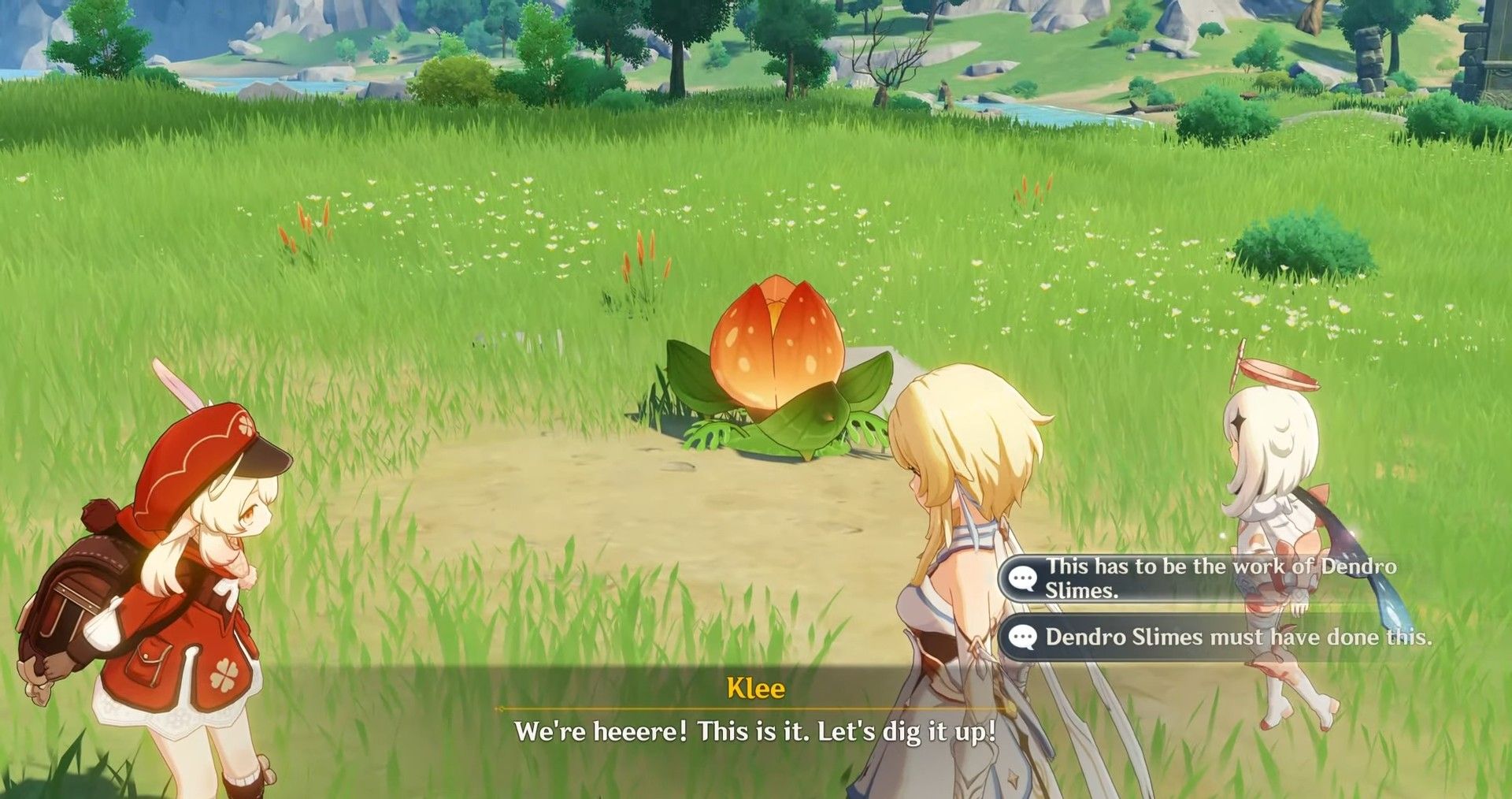 Head all the way back to the bridge with Klee to start a cutscene with Mona where you learn the box was empty the entire time, and that Mona already had what she was looking for. In the end, she will decide to stay in Mondstadt for a while, but you will have to go see Katheryne from the Adventurers’ Guild to see if she can stay there. 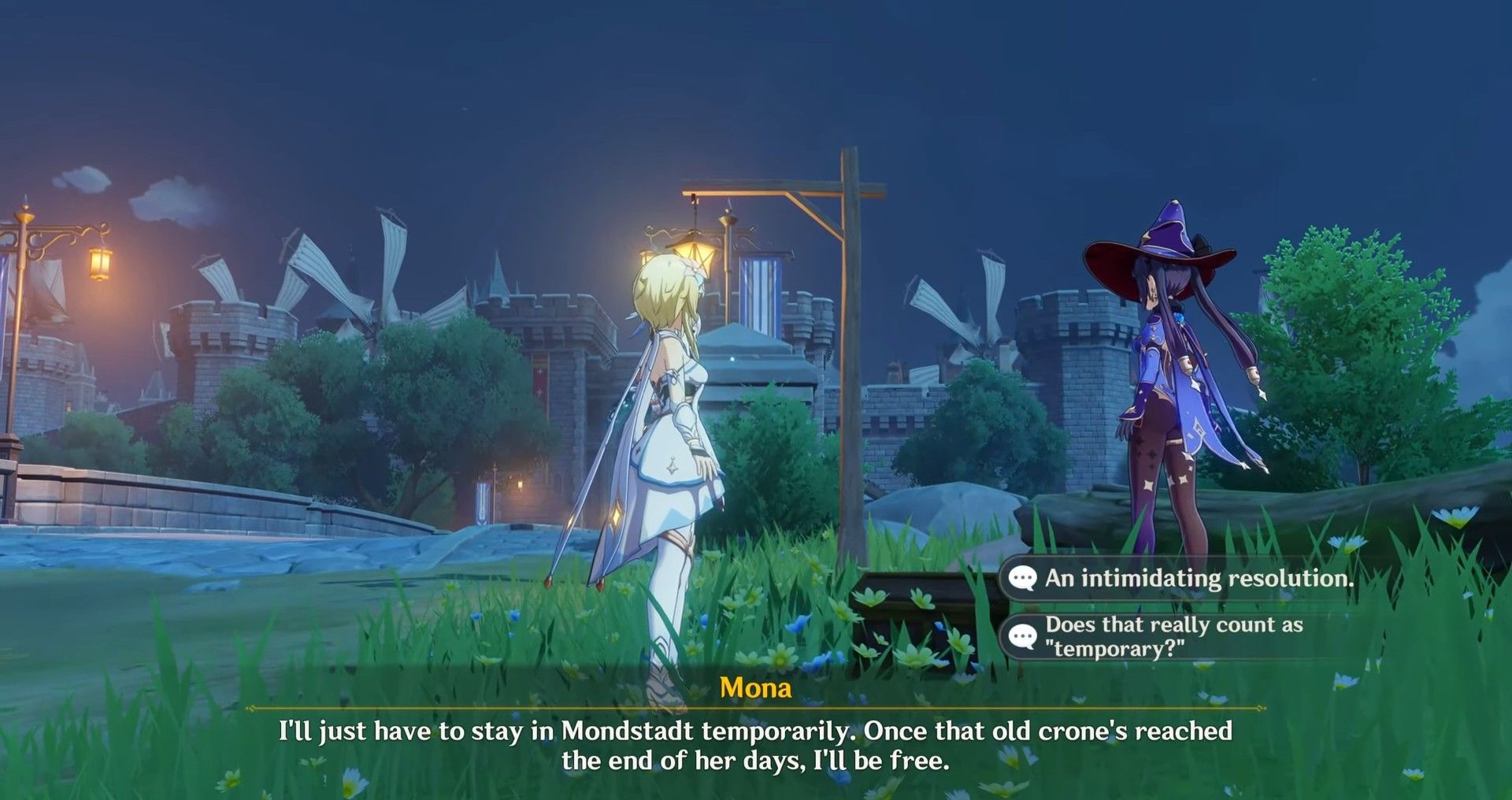 This is another simple task, so just head up to the desk and speak to Katheryne. She explains there is a sealed magic laboratory in Mondstadt that no one else is interested in breaking. If Mona can break the seal, she would be free to stay there. The house is just around the corner, marked on your map, with a glowing magic seal on the door. Investigate it to begin the final cutscene.

With that, the first act of the Astrolabos Chapter, Beyond This World’s Stars, is complete.

Next: Genshin Impact: Where To Get Almond Tofu 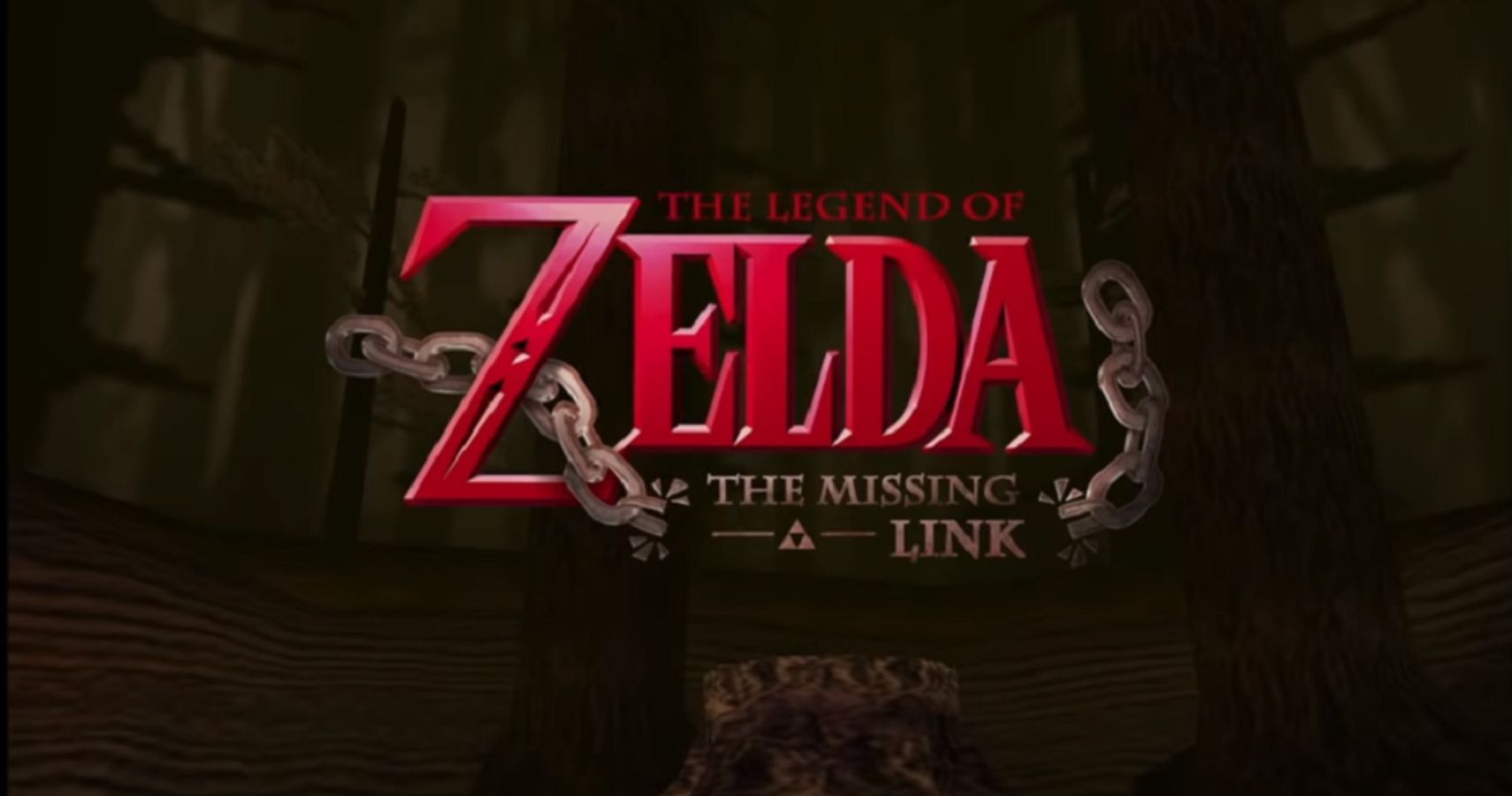