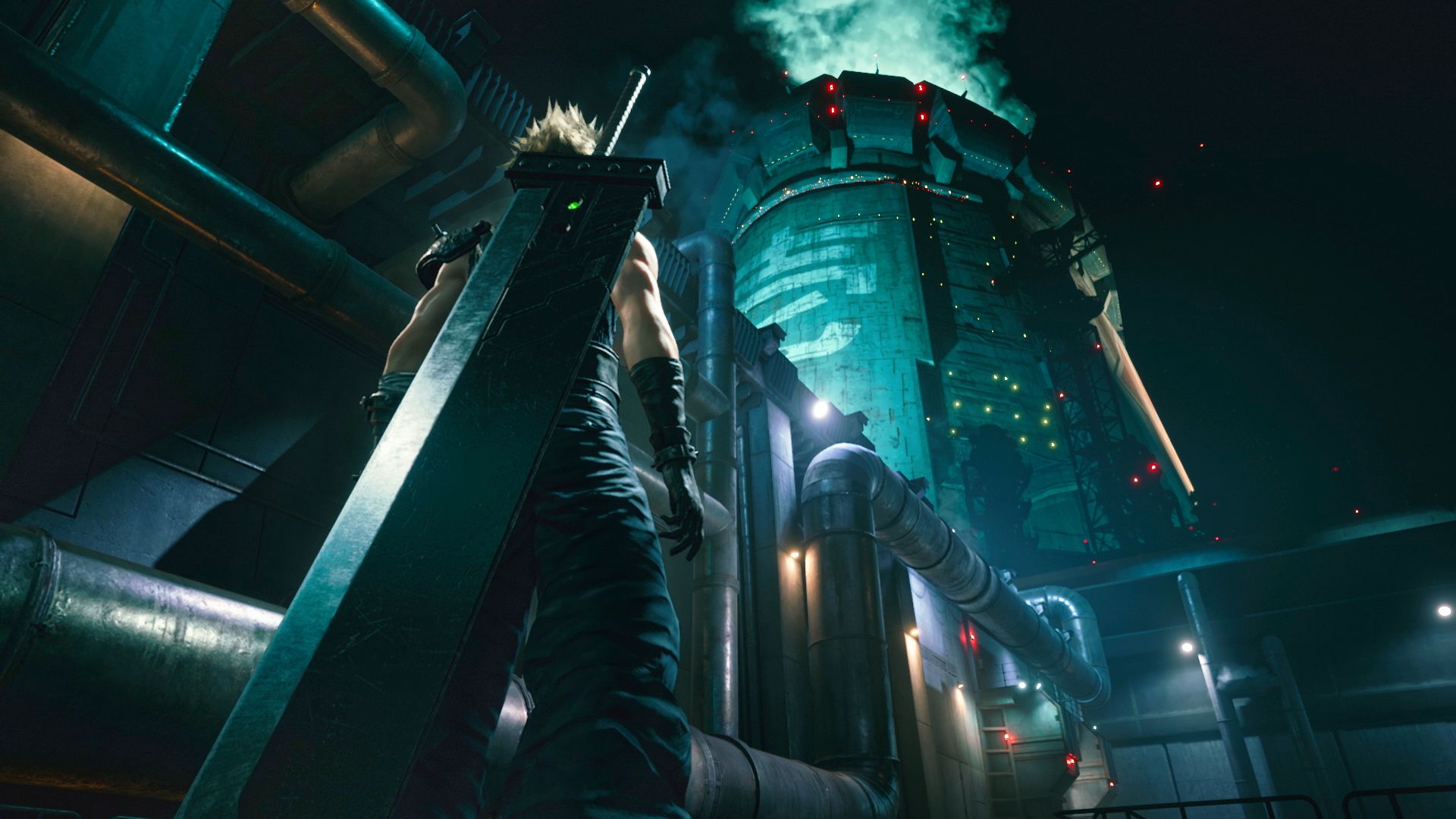 The Friday letters page calls for a Last Of Us Part 2 remaster, as one reader is upset at Starfield’s technical limitations.

Justified applause
I stayed up late to see the Final Fantasy 7 livestream and I have to say that I was actually pleasantly surprised. For once with these things they actually showed more than I expected and the games weren’t even that far away.

I’m already confused as to whether Crisis Core is meant to be a remaster or a remake, but I appreciate that they’re making the effort and that Final Fantasy 7 Rebirth isn’t too far behind. If you’re a fan of the original this is all great news and I’m now really looking forward to both games (not least because I’ve kind of forgotten most of Crisis Core).

I was watching the stream with my roommate though and he was less impressed, arguing that Final Fantasy 7 is overrated. The main point of his argument was that the original translation was very bad, which I’ll concede but it wasn’t bad by the standards of the time and I felt it had a charm and quality of its own.

He’s probably right that nostalgia plays a part, but I’d argue that Final Fantasy 7 deserves its classic status and the fact that its story and characters still work in the remake, admittedly with a better script, is proof enough to me that it deserves all the attention.
Rendak

Now you know
I guess by the time anyone sees this we’ll know what Square Enix is doing with Crisis Core but I’ll be shocked if it’s a remake that looks like Final Fantasy 7. I mean, everyone’s heard of that game but who’s ever heard of some little PSP game? Only hardcore Final Fantasy fans.

And yet, I guess they could use the same combat and basics graphics from the remake, so maybe it wouldn’t actually be that expensive? I actually have no idea how much and how difficult is to make games and I think it’s a shame that the industry keeps everything so secret.

We never know how much a game sells, we don’t even know how much the Xbox sells. We don’t know when a game starts production and we often don’t know it even exists until a few months beforehand. Purposefully unclear credits make it hard to tell how many people worked on a game almost all the roles are poorly explained or never promoted, so generally the only people you know by name that were involved are voice actors.

I don’t know what all that secrecy is in aid of but I wish it’d stop. You only keep secrets if you’ve got something to hide and it makes me nervous.
Korbie

Pro move
For a moment there I thought there was a rumour about a PS5 Pro but it was just a controller called that. But… isn’t that a bit suspicious? If Sony are looking to keep that naming system, and expanding it for use on controllers, then that to me implies that there will be a PS5 Pro at some point.

I wish there wasn’t though. It’s such a pointless update and I don’t even know what they’re going to pretend is the main reason for it this time. 8K? I’d like to think it’s not needing to choose graphic options but I’m willing to bet it won’t make that much of a difference. If it does, if it ends the choice between performance and graphics, then I’ll accept it’s a good thing but I’m willing to bet that won’t be the case.

The worst thing though, is that I won’t be able to stop myself getting it either way. I know, I shouldn’t be complaining about my own faults but I just wish there wasn’t the temptation.
Nick Stallion

Numerical improvement
I’ve been playing Sniper Elite 5 for the last few weeks now and I must say I am thoroughly enjoying it.

My last play in the series was number 2 and although that was fun for a while, I felt the missions and locations weren’t interesting enough after a few levels.

Now each mission is situated in some beautifully created areas with so many nooks and crannies to explore and exploit for maximum Nazi thwarting fun. I feel that the computer-controlled soldiers can be a little basic at times, although maybe that’s because I’m only playing on medium difficulty. Do they get any more challenging on higher difficulties?

Also, I’m enjoying the game so much I’m tempted to buy the season pass to extend the entertainment. Do Rebellion have a good track record with DLC?

Thanks for the great work guys.
Mbeet

GC: The AI is better than number 4 but it’s never world-beating. There’s already a season pass for Sniper Elite 5, with two new campaign missions and the chance to kill Hitler.

Behind the times
I don’t really want to be negative about Starfield, because I like the idea and setting but I’ve just read that you can’t fly from planet to space, it’s just like a cut scene or something. I find that really disappointing. They managed to do that in the cancelled Star Wars: Battlefront 3 game over 15 years ago and it’s certainly a part of No Man’s Sky, so why isn’t it here? Heck I remember doing it in Starglider 2 on the Amiga almost 35 years ago.

I think the reader the other day was right when he said Bethesda can’t be trusted on the tech side of things but are usually good at making open worlds. I also tend to believe the rumours that the reason the game was delayed was because it was going to be another Cyberpunk 2077.

Bethesda need to completely overhaul their tech department and yet I think it’s pretty obvious already that that hasn’t happened for Starfield.
Wotan

Removing the special
I’m not against remakes of games I love, for example Tomb Raider: Anniversary was pretty faithful to Lara’s first adventure whilst drastically improving the environments and climbing. But as Doug said in Wednesday’s Inbox I really do feel that the Resident Evil 4 remake is ‘an increasingly bad idea’.

At the Capcom Showcase the said they are ‘carefully preserving what makes the original title special.

Well, where is all the cheesy charm then?! Leon has become an utter sourpuss and whilst it’s probably more realistic for him to be suffering after surviving the events of Resident Evil 2 I don’t want realistic. I want to escape into a game that makes you feel like an action hero: stop the bad guys, rescue the girl, and come out with some cheesy one liners on the way!

From this early footage they seem to have changed the tone completely, so it’s quite simply not my Resident Evil 4!
LastYearsModel

Cool to hate
I’m somewhat confused by the incredibly negative reaction to Overwatch 2. I always thought the game, and in particular the characters, were really popular but the internet seems to act like the only cool thing about the game is to dunk on it.

I haven’t played the game regularly for a while now but I know I’ll definitely be giving the free early access a go. I’m not sure how you can really complain about that.
Snowy

Complete story
So, I’ve been digesting the decision by Naughty Dog and Sony to release The Last Of Us remake for £70 and can’t help but think the pill would have been much sweeter if they’d done like Uncharted: Legacy Of Thieves, and released Part 1 and 2 as a package. The Last of Us Complete, if you will. Bearing in mind, Uncharted never cost £70 either, and it contains everything.

Don’t get me wrong, the remake looks lovely with all the new character models, and the game is always worthy of attention, but premium price worthy for a nine-year-old game? I have my doubts.
For one, lord knows how many people have already played this on PlayStation 3 and 4. It’s sold millions of copies, and without something substantial extra I don’t see the hook.

Secondly, the PlayStation 4 remaster already looked very nice compared to the original, and contained the extra content too. And you can get it for £15 or less. For £70, the new version needs more than a spruce up in the graphics department.

If Sony and Naughty Dog put both games together, with a seamless transition to Part 2, that could well be worth the extra. The whole sorry tale in one package, with higher fidelity graphics and frame rates would be a decent playthrough.

However, that’s just the pipe dream. Doubtless, Sony want their flagship game to show itself in its best light and then sell you Part 2 for another £70 later.

Me? Cynical? Surely not!
ZiPPi

GC: The problem is that a remaster of Part 2 would be very hard to tell apart from the original, so there’s really little point.

Inbox also-rans
I have just watched the intro for Teenage Mutant Ninja Turtles: Shredder’s Revenge and that alone has justified the purchase for me, marvellous.
John Atkinson

Is it just me or does Ellie look a lot older than she used to in The Last Of Us remake? Why was that done or are they implying that’s what she was always supposed to look like? If it was it was a mistake.
Chris

GC: We thought that as well.

This week’s Hot Topic
The subject for this weekend’s Inbox was suggested by reader Kipin, who asks what is your favourite video game reveal or announcement?

We’re currently right in the middle of preview season and even though it’s less busy than usual there are still a lot of games being announced for the first time, but which have been your favourite reveals through the years and why?

How excited do you get by a new announcement and how much does that depend on whether it’s just a logo, a pre-rendered trailer, or actual gameplay? Do you enjoy the whole preview and hype circus or do you prefer not to get involved?

You can also submit your own 500 to 600-word Reader’s Feature at any time via email or our Submit Stuff page, which if used will be shown in the next available weekend slot.