Forza Horizon 5 is a game full of incredible hypercars and expensive classic racers, but it could take quite some time before your garage is filled with these iconic vehicles. Those who are just starting their journey in Mexico might not have a lot of CR to spend on the fastest cars in Forza Horizon 5. Thankfully, there are plenty of cheap alternatives available that come close to rivaling these speed demons.

As tempting as it may be, you don’t have to spend millions of CR to compete with the best cars in Horizon 5. If you’re a bit more frugal with your cash, then these are the vehicles you’ll want to add to your garage. 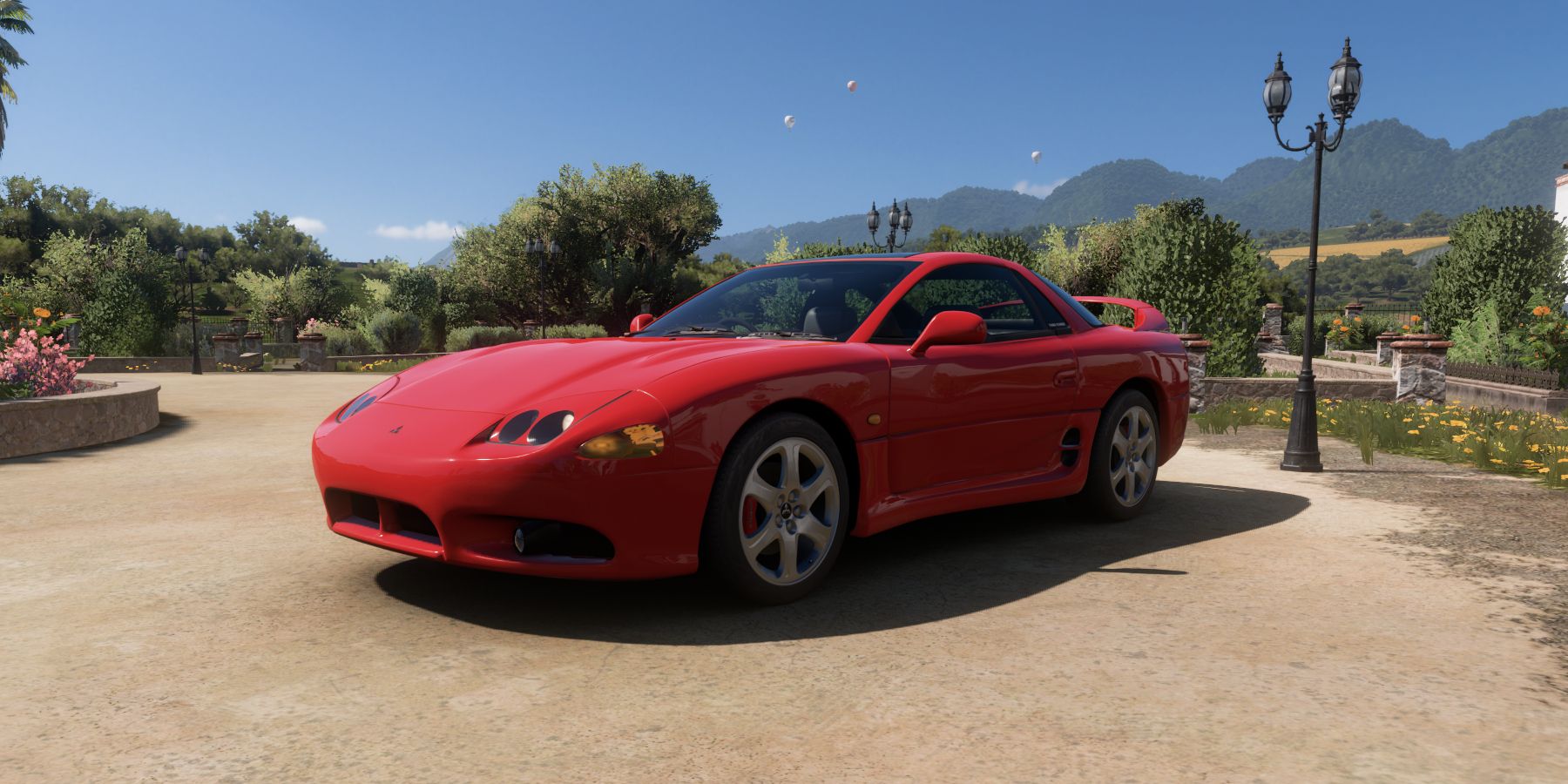 The Mitsubishi GTO is surprisingly quick for a cheap B-class vehicle. It’s got a top speed of around 170 mph and goes 0-60 mph in 5.7 seconds. With the right tune, the Mitsubishi GTO can be a solid drift car or even a capable road racer in the retro sports car category. 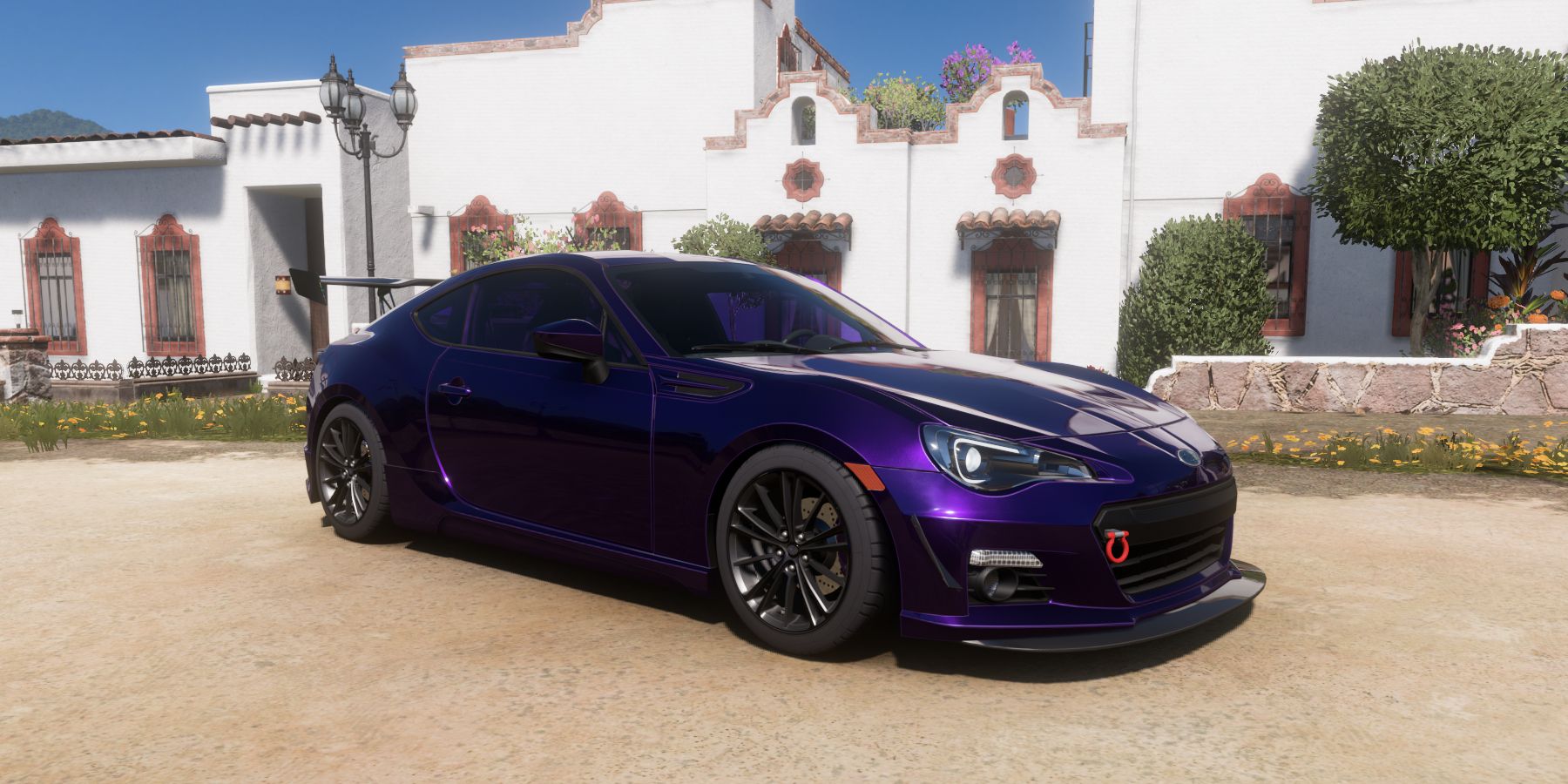 The Subaru BRZ is the only rear-wheel-drive car in Subaru’s lineup and it’s an absolute blast to drive in Forza Horizon 5. While many players love to change the drivetrain of their cars to all-wheel drive, the BRZ is best kept as an RWD car so you can get that true sports car experience.

With a top speed of around 154 mph and a 0-60 mph time of 6.3 seconds, the BRZ doesn’t seem that impressive, but it can be turned into a great A-class car through some tuning. That’s where the Subaru BRZ really excels. 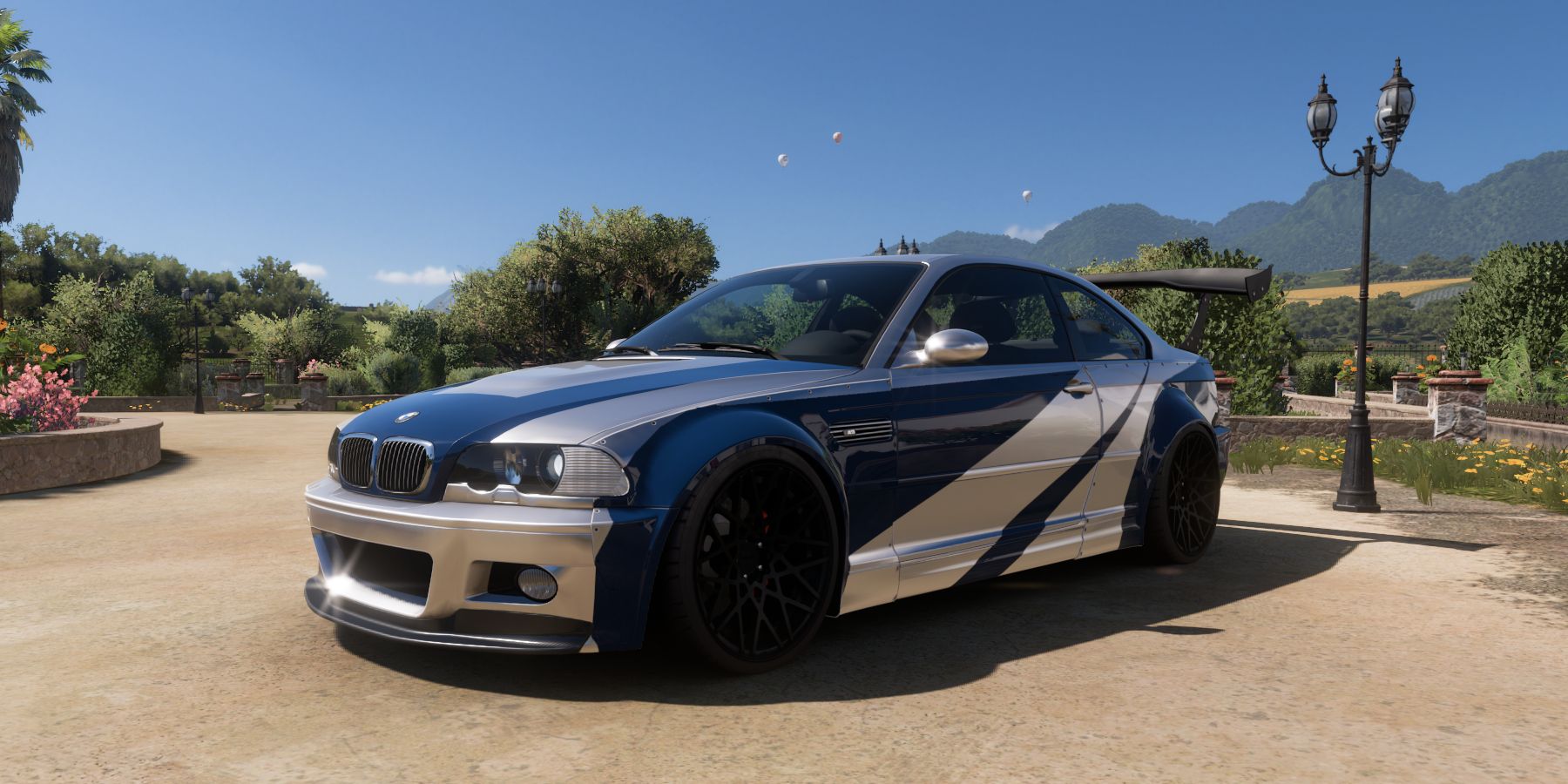 If you’ve ever played Need For Speed: Most Wanted, then you’ll remember seeing this car on the game’s cover. The 2005 BMW M3 is one of the best M3 cars BMW has ever made, and Forza Horizon 5 does a good job of showing just how good it is.

The BMW M3 has a top speed of 176 mph and a 0-60 mph time of 4.7 seconds. That is very quick. It also has surprisingly decent handling, making it an ideal circuit racer for tracks full of low-speed corners. For the price, it’s hard to do better than the 2005 BMW M3. 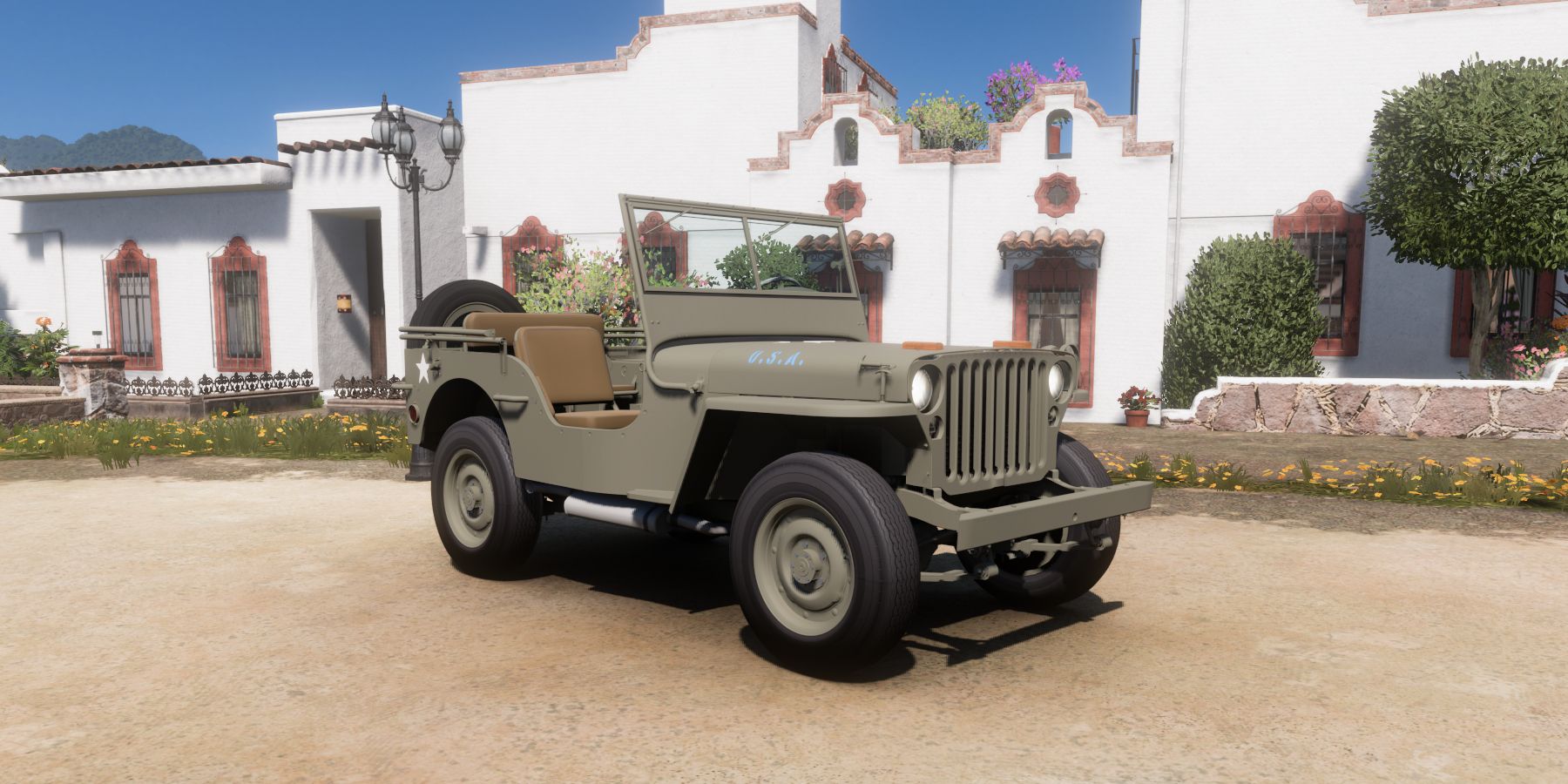 Many vehicles from the '40s are some of the most expensive cars in Forza Horizon 5, but the Willys MB Jeep is an exception. The World War 2 relic has some of the worst stats of any car in the game, but it can be surprisingly good with the right tune.

The Willys MB Jeep was made for the dirt and mud, so it’s not a bad idea to turn it into a rally car. If you really want to have some fun, make it an S2 class vehicle and see how fast it can go in a straight line. 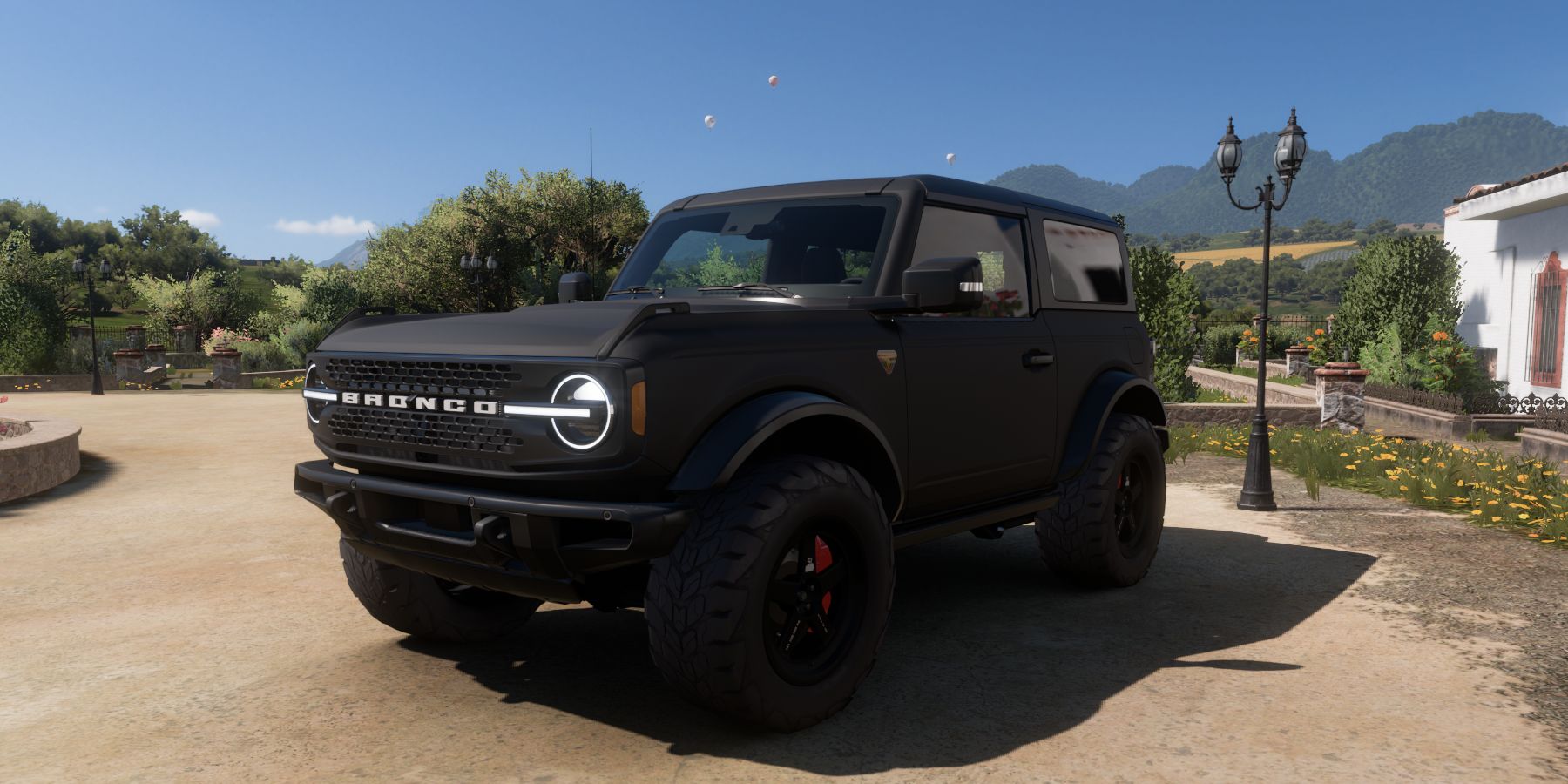 The Ford Bronco is one of the three starter cars you could choose from in Forza Horizon 5. Regardless of your choice, you’ll automatically get all three, but you could also buy the Bronco anytime you want in the autoshow for a fairly low price.

The 2021 Ford Bronco looks a lot like the original Bronco and is better suited for those who like to go offroad. With a top speed of around 136 mph and a 0-60 mph time of 6.9 seconds, the Ford Bronco is fast for an offroad SUV and perfect for cross country racing. 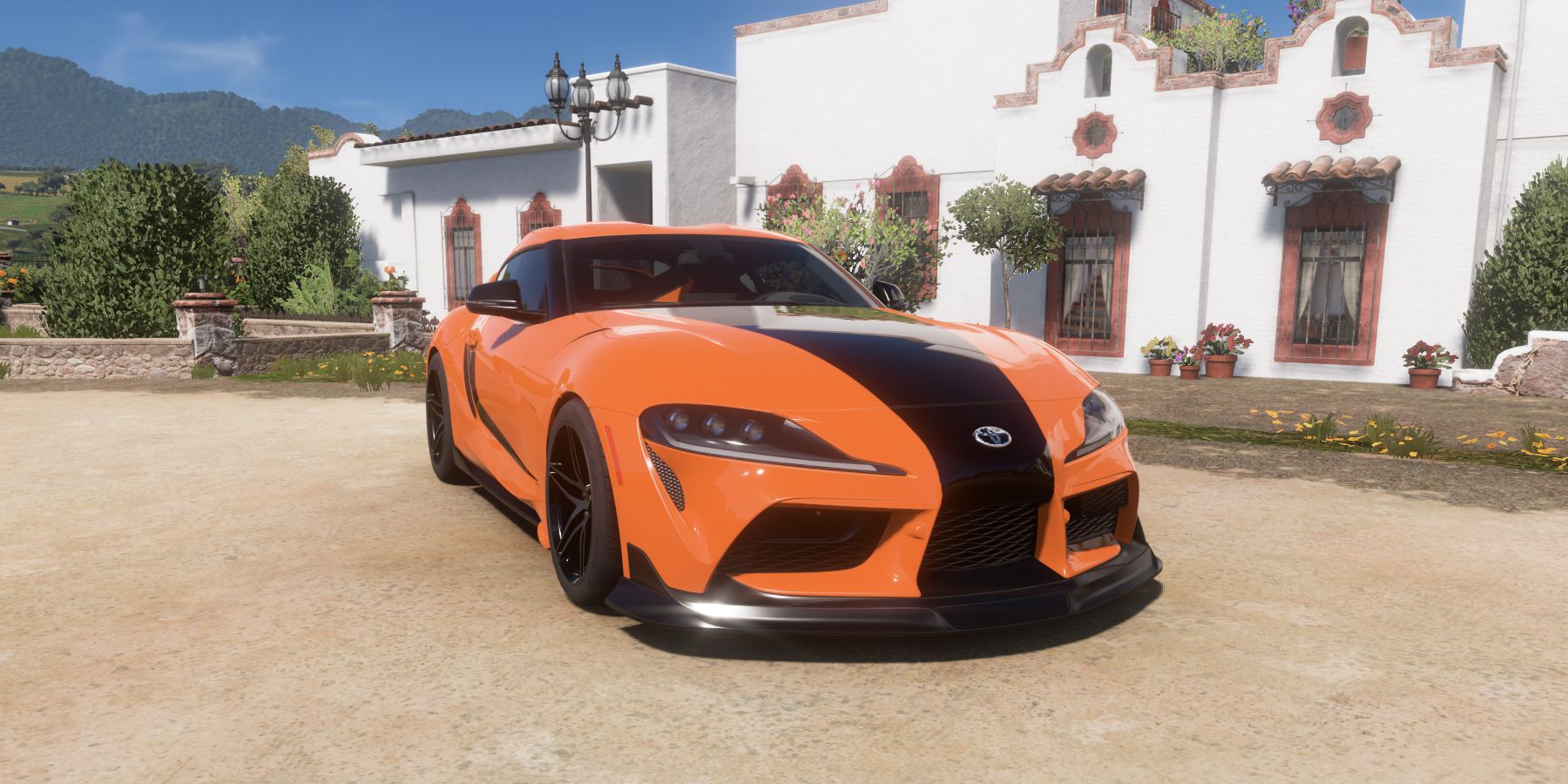 The Toyota GR Supra is one of the most popular starter car choices for players because it’s a Supra. That name carries a lot of weight in the Forza Horizon community. The new Supra has a top speed of around 187 mph and can go 0-60 mph in just 3.6 seconds.

The best thing about the Supra is that it’s incredibly versatile. Whether you want to use it for road racing, rally racing, or drifting, all of those are viable tunes for the car. There are so many ways to go with the Supra, which is why many players own more than one. 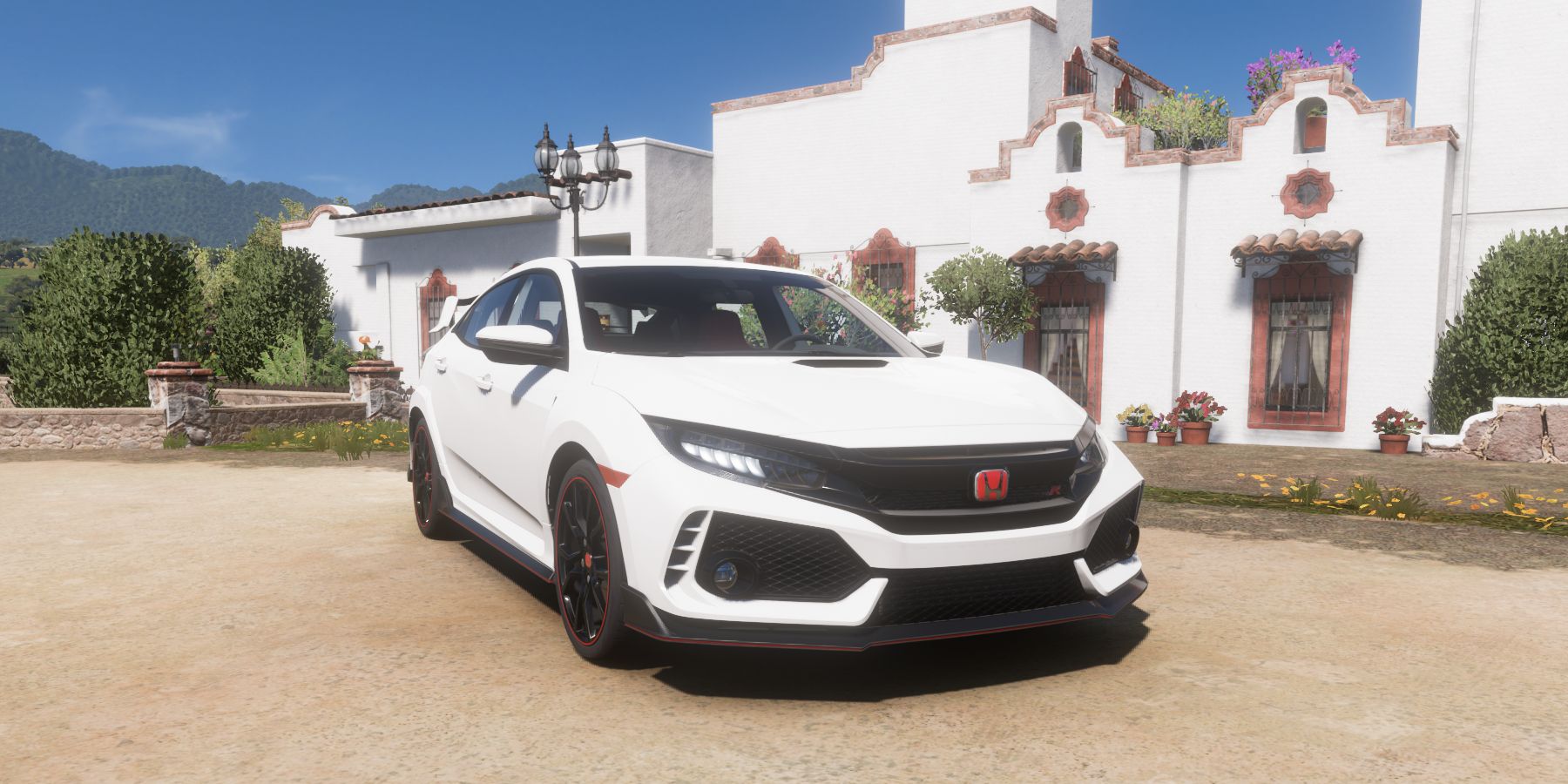 The Honda Civic Type R is one of the best non-racing cars in Forza Horizon 5 and for good reason. It’s an excellent car to cruise around Mexico with because of its traction. Since it’s a front-wheel-drive car with a front-engine, the Type R has fairly good handling.

The Honda Civic Type R has a top speed of around 186 mph and a 0-60 mph time of 4.9 seconds. If you want to turn it into an all-wheel-drive car to improve the acceleration, you can. Just be aware that it's difficult to tune the Type R into a decent rally racer. 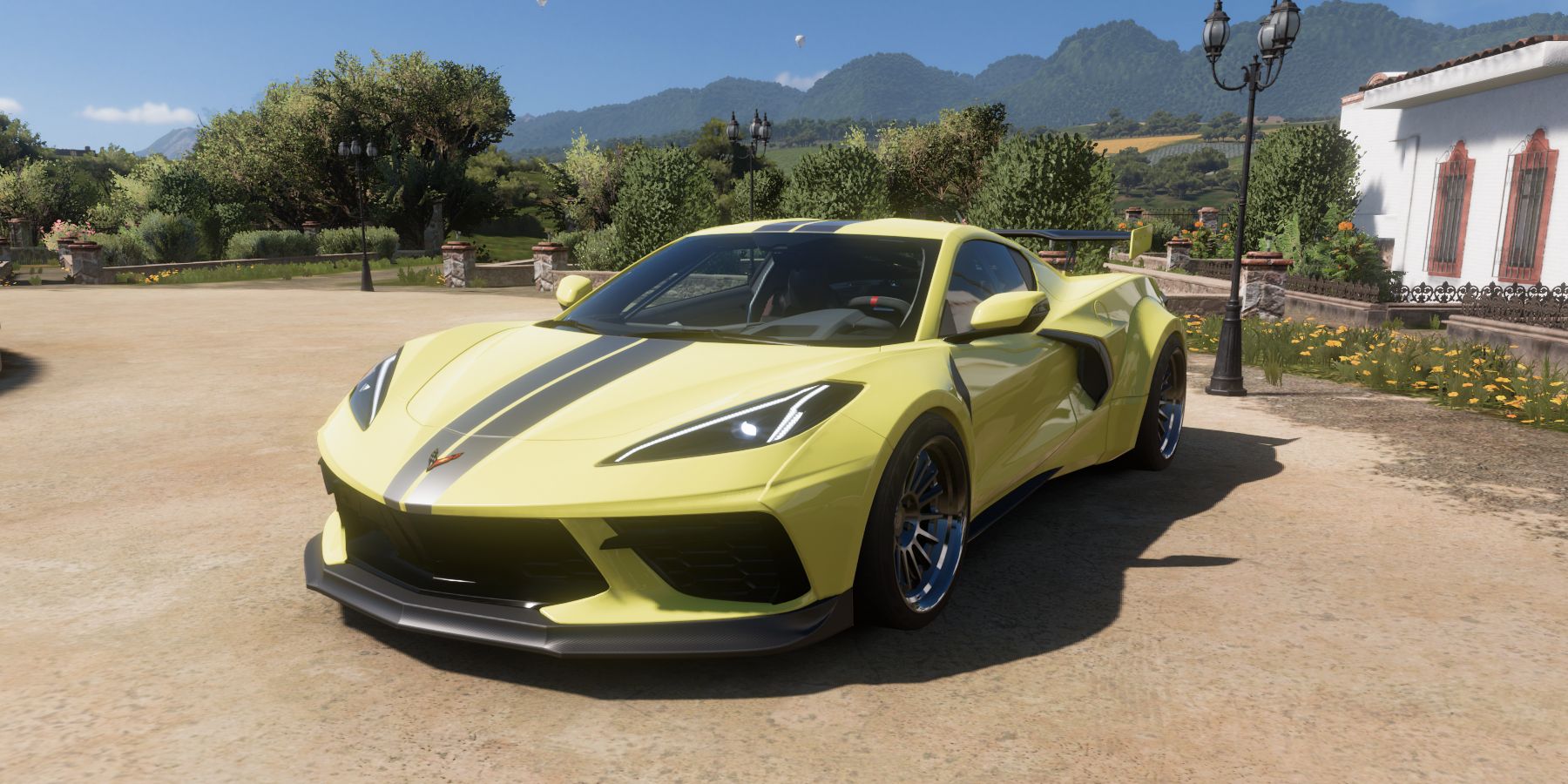 The Chevrolet C8 Corvette is one of the best starter cars in Forza Horizon history. It’s honestly a beast of a vehicle. For starters, it’s got a beautiful design and looks like a supercar. It also acts like a supercar with a top speed of 198 mph and a 0-60 mph time of 2.8 seconds.

The C8 Corvette is a top option in the S1 class as a street, sprint, and circuit racer because it’s good at everything. It’s the perfect combination of elite speed, handling, and acceleration. Best of all, every player gets a C8 Corvette for free. 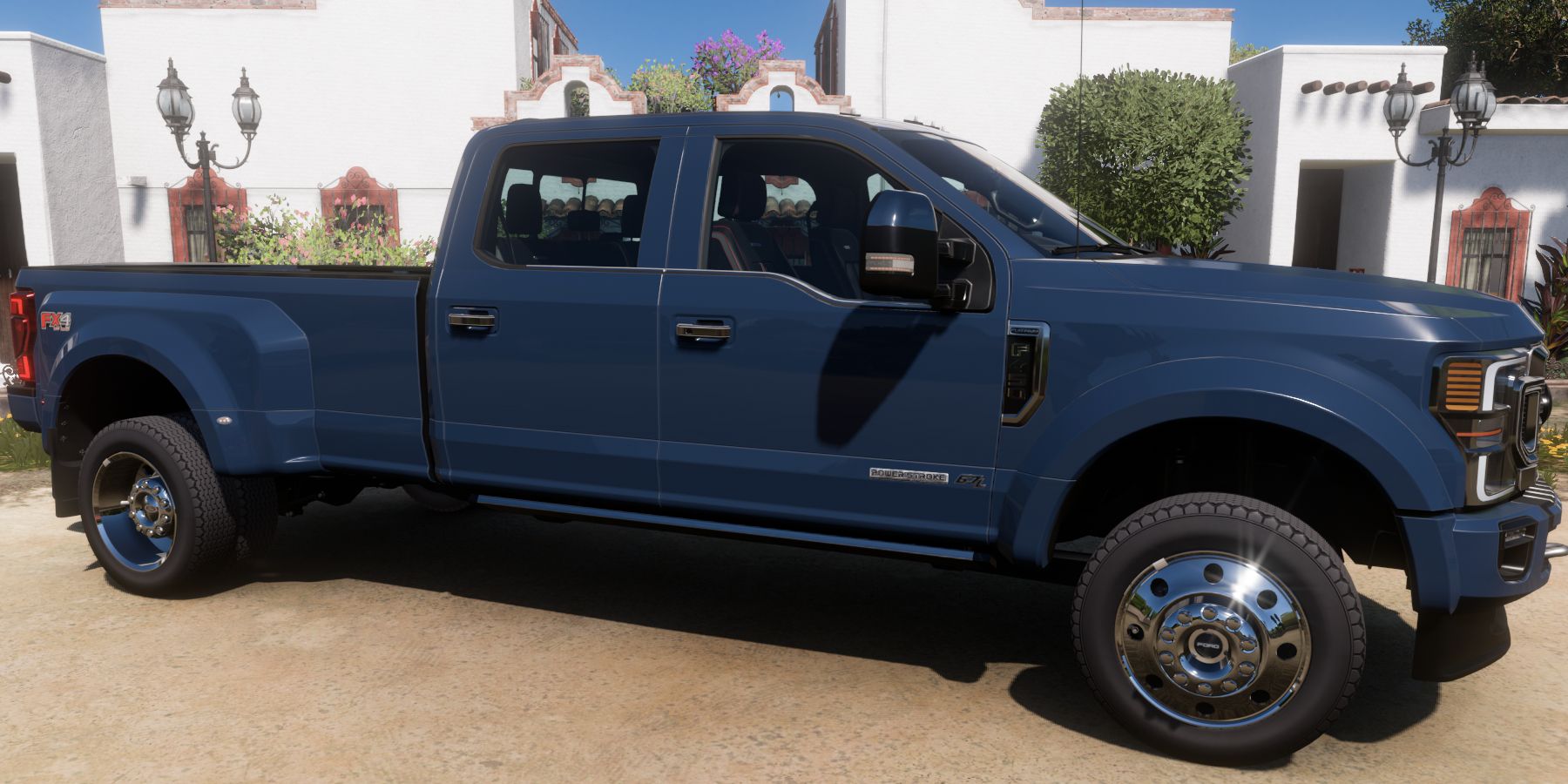 You might not think that a dual-rear-wheel truck would be good in a race, but the Ford Super Duty F-450 DRW Platinum is one of the best off-road vehicles in Forza Horizon 5. It also has one of the longest names of any car on the planet.

This truck is a great option for cross country and offroad races. It might be the size of a yacht, but that big size gives the truck good traction. It also makes you nearly impervious to rammers in online races so that’s a big plus. The Ford Super Duty F-450 will surprise you with its usefulness. 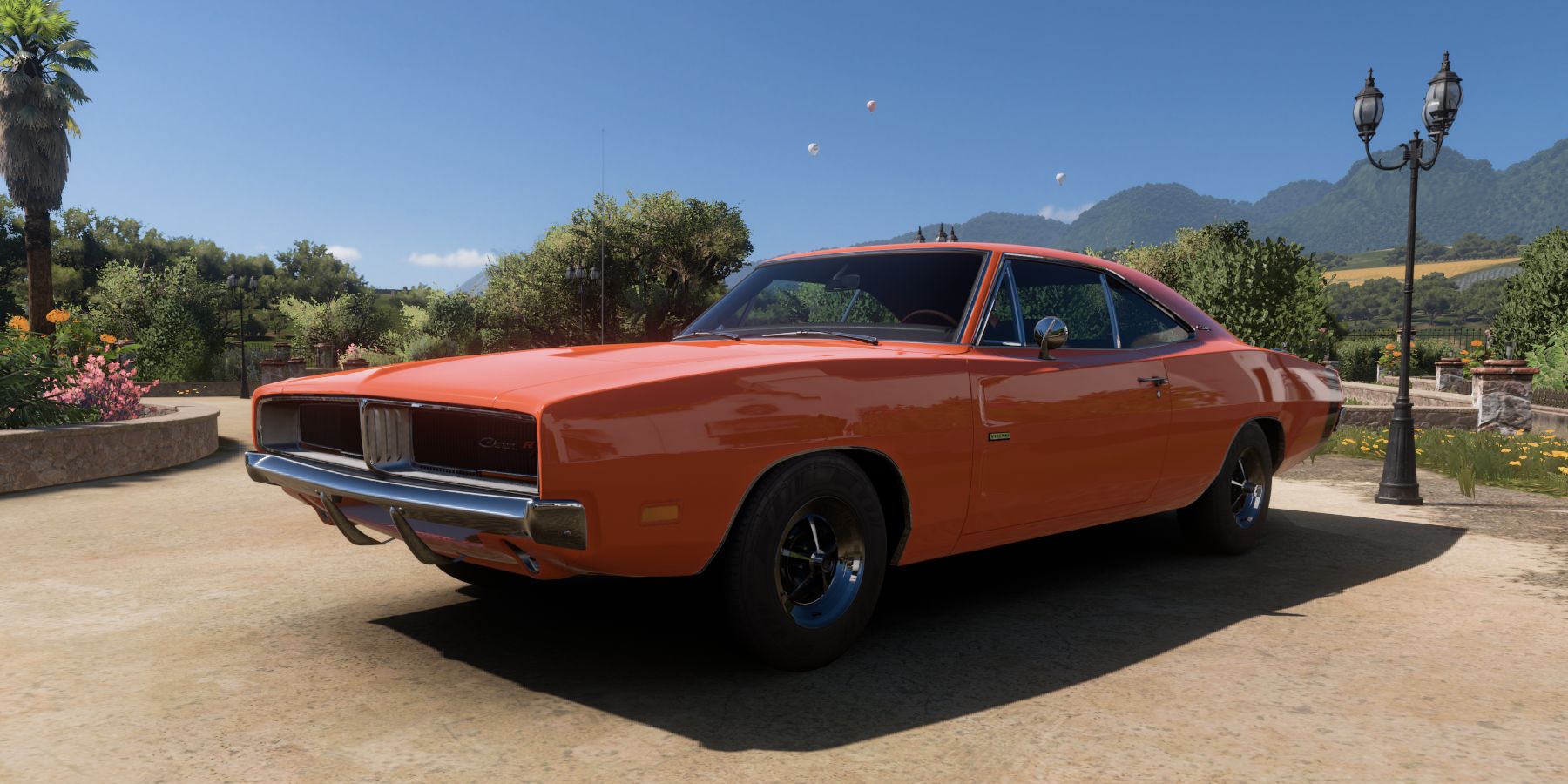 The Dodge Charger R/T is an American muscle classic. Powered by the legendary naturally-aspirated 426 Hemi V8 engine, the Charger R/T produces 425 bhp and 490 lb-ft of torque. It might only have a top speed of around 141 mph and a 0-60 mph time of 6 seconds, but that was very impressive back in the late ‘60s.

While the Charger R/T doesn’t handle very well in Forza Horizon 5, it can be tuned to have a respectable top speed. It’s a good choice in the classic muscle category for sprint races.