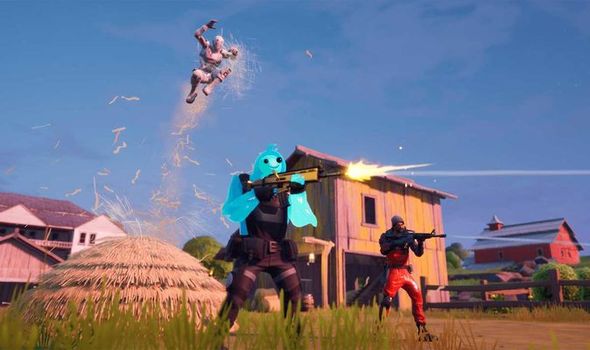 Epic Games has announced that they will be releasing Fortnite update 12.10 today after shutting down servers for maintenance. The news was shared on social media earlier this week but didn’t come with any added information, regarding what will be included in the new patch. The good news is that while Fortnite servers are shutting down, we know when this will be happening.

Epic Games has confirmed that downtime for live servers will start at 9am GMT, on Tuesday, March 3, 2020.

This will be followed by the launch of the new Fortnite update, which is likely to contain a range of bug fixes and balance changes.

Epic Games told fans on Twitter earlier this week: Hey, everyone! v12.10 is scheduled for tomorrow.

The official Epic Games site suggests that Fortnite maintenance will last around an hour, meaning servers should be back online by 10am, GMT.

As ever, this will remain an estimate for now, as there is no way of telling just how long it will take to do everything.

As mentioned above, Epic Games has not discussed what will be included in today’s Fortnite update.

There have been a few leaks to suggest what might be in the works, but none have been confirmed for patch 12.10.

This includes items like the Proximity Mine making its debut during Chapter 2, along with a number of other LTMs modes.

An Infected mode recently popped up and would probably fit in nicely with Fortnite’s style of gameplay.

However, there is no guarantee at this time that any new content will be included in today’s Fortnite update.

When it comes to bugs, it looks like there will be a list of fixes announced by Epic Games, if they bother to share patch notes.

This will include things like XP gain from XP Coins not appearing in XP bar, and Splitscreen problems with Player 1 interrupting Player 2’s trigger button action.

If we’re lucky, Epic Games will share official patch notes after the new update has gone live, or at least at some point today.

The development team hasn’t been quite so forthcoming in 2020, and it’s hard to predict when the news will drop.

Meanwhile, Fortnite Save the World will also be receiving an update today, and that means game servers will be down at the same time at Battle Royale.