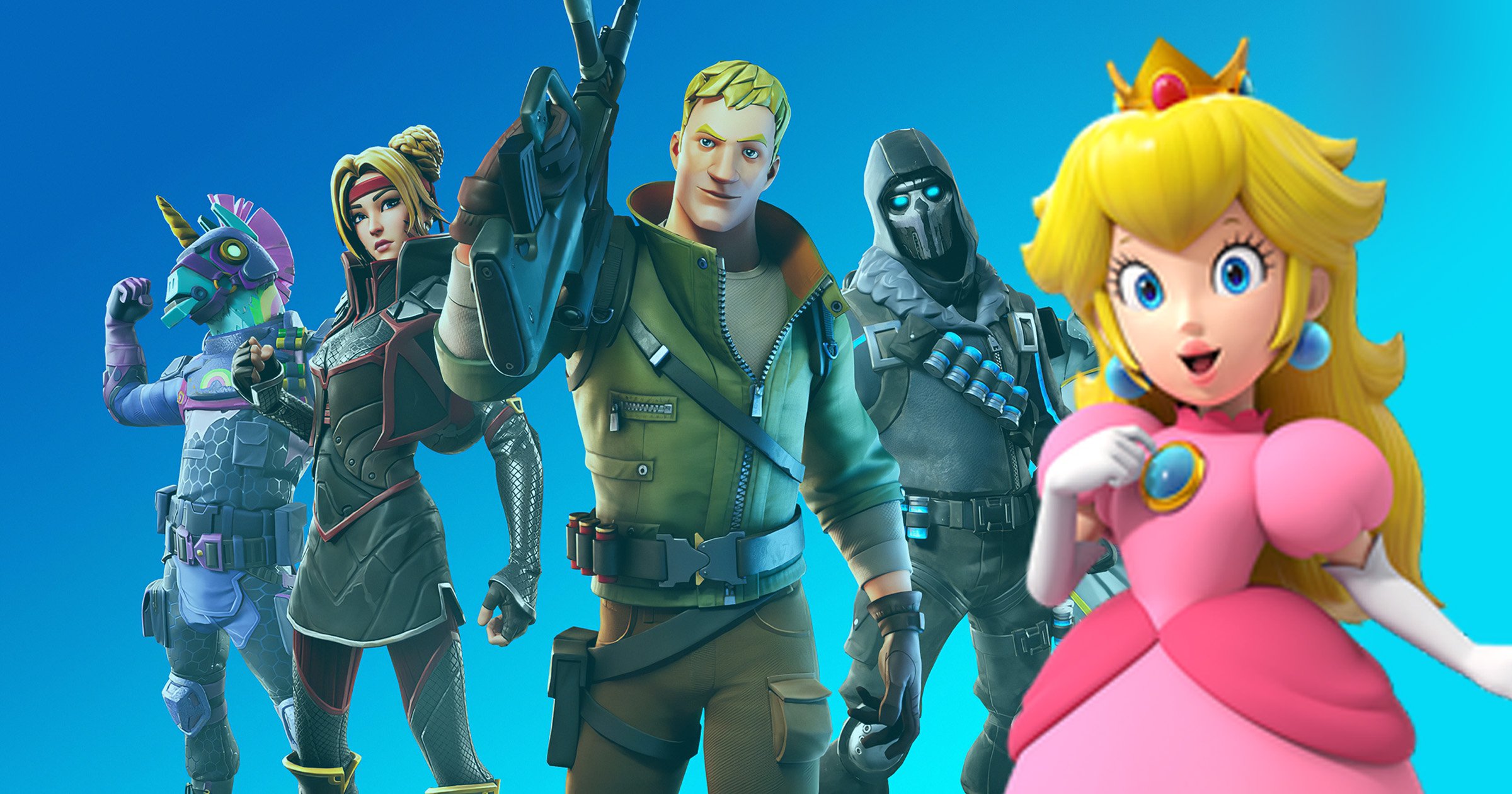 Characters from Nintendo, Elden Ring, and a whole lot more could potentially come to Fortnite, according to a new survey.

Anyone who has watched the Ready Player One movie and wished it was real has not been paying attention to Fortnite. Given how many things have crossed over and collaborated with the battle royale, it’s the closest alternative we’ll probably ever get.

Everything from movie and video game characters to real-life musicians and YouTubers has been added to the game in some form or another (usually as skins), and it’s safe to assume that Epic Games won’t be slowing down on that front.

There are already plenty of rumours about who will be added next as a skin (the latest ones point to more Star Wars characters), but a new survey has been sent out to select individuals that may give us a clearer idea.

The survey covers a wide range of subjects, such as clothing brands, musicians, and TV shows, but it does name specific characters as well.

Some of the more eye-grabbing ones include Lady Dimitrescu from Resident Evil Village (who we’re shocked isn’t in the game already), Melina from Elden Ring, and a couple of Nintendo characters like Princess Peach.

While the purpose of the survey is to gauge interest in what sort of collaborations fans are most interested in seeing, it at least tells us what Epic Games is considering.

Epic Games sent out a very similar survey out last year as well and, if we compare the two, we can see that several options have been carried over.

Dimitrescu was included on the first survey too, as well as TV shows like Dragon Ball Z and How I Met Your Mother (who at Epic Games so desperately wants to give Ted Mosby a gun?).

If fans react positively to certain characters and franchises, that will improve their odds at being added to Fortnite, even if it’s just in the form of other cosmetics besides skins.

After all, the previous survey mentioned manga and anime franchise Naruto and characters from that were added only four months later, with more to follow very soon.

That said, what will determine a franchise’s inclusion is whether the rights holders are willing to play ball. As popular as Fortnite is, not everyone will be okay with the idea of their characters running around shooting people.

We find it especially hard to imagine that Nintendo will ever agree to adding its characters considering how protective it is of its branding.

Although it seems to have loosened the reins slightly in recent years, since it was fine with Ubisoft giving the likes of Mario and Peach guns in Mario + Rabbids Kingdom Battle, for example.

There was also that time when Kirby made a brief cameo in a trailer for Fortnite’s Party Royale mode. He was even blurred out in a PlayStation upload of the same trailer, yet there was never any formal Kirby collaboration – although it does stand as proof that Epic Games and Nintendo have been talking to each other…