Home » News » Fortnite Chapter 3 release date and end of season event LEAKED: This is ‘The End’

Fortnite Chapter 3 release date and end of season event LEAKED: This is ‘The End’ 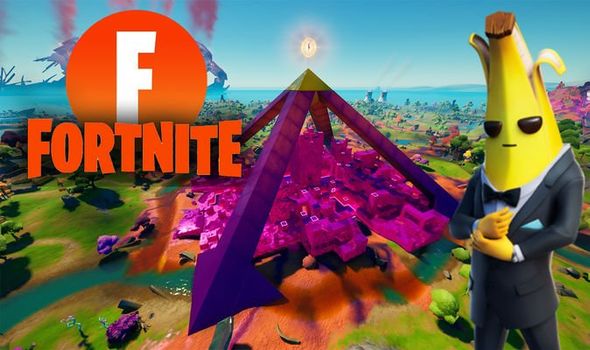 Fortnite has hosted some pretty wild special events during its time, although arguably none more memorable when the entire game was taken offline for the transition from Chapter 1 to Chapter 2.

The Chapter-ending event saw the island get sucked into a Black Hole, leaving nothing but a blank screen for hours on end.

The game relaunched with a brand new island and a host of new features for Chapter 2, Season 1.

Judging by the latest leaks courtesy of Fortnite insiders such as Hypex, it looks like Epic Games is planning something just as spectacular for the next Chapter of Fortnite Battle Royale.

As predicted earlier this week, the recently released Fortnite update 18.40 lays the foundations for the next season. However, instead of transition from Season 8 to Season 9, Epic is seemingly heading to the next chapter.

According to Hypex, Epic Games is planning an end of season event, which is currently known as ‘The End’.

The spectacular end of season event is also expected to culminate with a Black Hole, which will reportedly take the game offline for a couple of days.

As you can see from the tweet below, the end of season event loading screen appears to have leaked ahead of schedule.

Judging by the image, the event will revolve around the Cube Pyramid forming in the centre of the island.

It’s believed the end of season event will take place on December 5, while season 1 of Chapter 3 is expected to have a December 7 release date.

“Now that “The End” playlist got leaked I can finally talk about this: Chapter 3 is planned to launch on December 7th (It’s SOO good btw) and the Blackhole stays during 5th-6th,” reads a Hypex tweet.

“These sources were NEVER wrong about many things, if they’re wrong this time I’ll take the blame lol.

“I was just waiting for the playlist or anything to get leaked so I can talk about this. Also it was ALWAYS obvious because the season ends on December 5th & updates only happen on Tuesdays which is the 7th.”

Hypex has a pretty reliable track record when it comes to Fortnite leaks, so expect to hear more details in the coming weeks.

V-Bucks allow Fortnite fans to purchase items and skins from the in-game shop.

V-Bucks allow Fortnite fans to purchase items and skins from the in-game shop.