Final Vendetta: How To Defeat Diesel

Still, The Underground's most formidable opponent is the stage boss, Diesel. This gas-masked juggernaut hides in the shadows and catches victims by surprise with devastating choke slams. To survive your encounter with Diesel, you must keep him in sight and punish his urban-guerilla tactics with your assaults.

Who Fights Alongside Diesel? 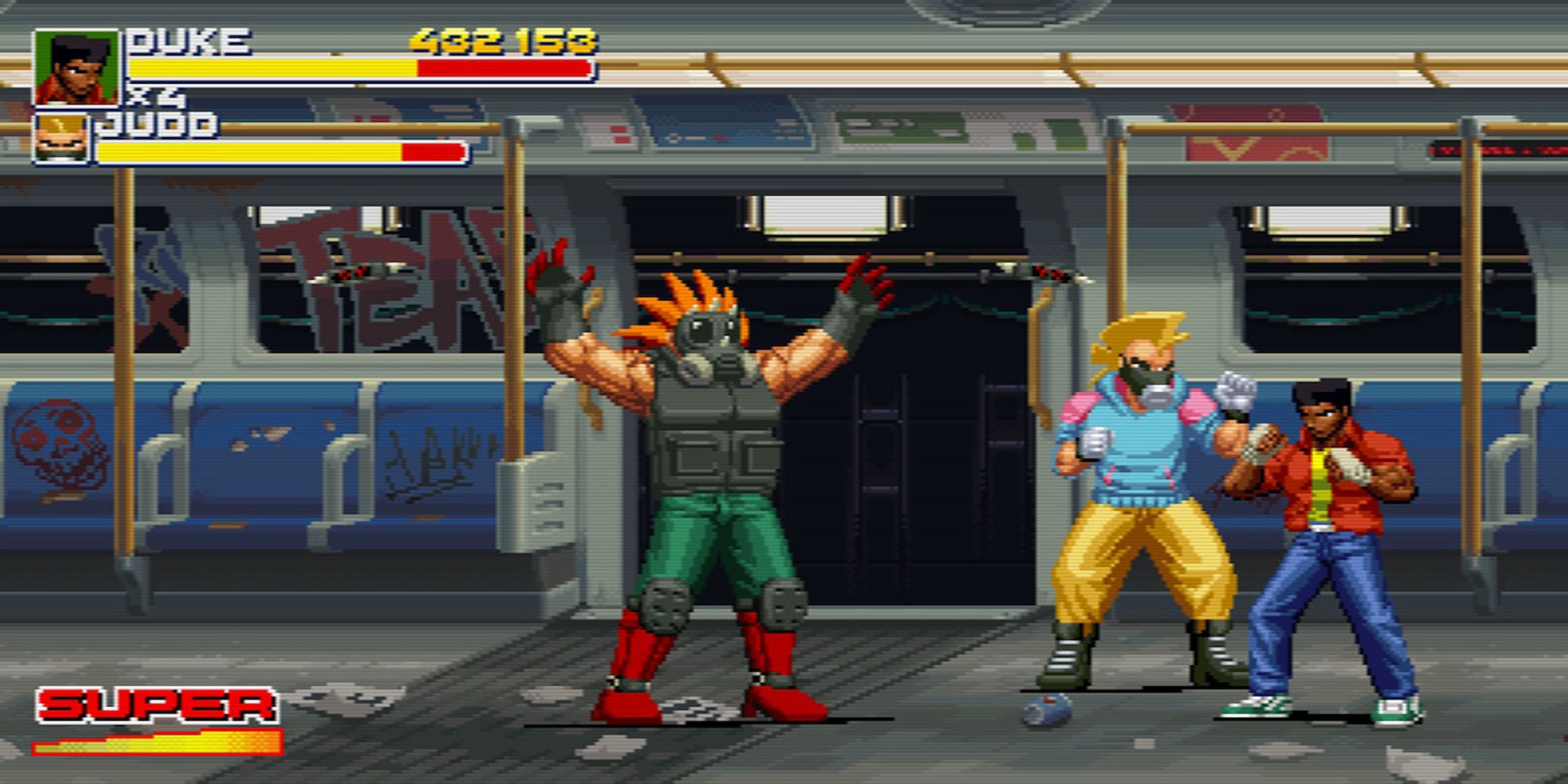 Being a gas-masked marauder, Diesel will command several of his gas-masked lackeys against you. Enemies like Judd and Maddox will offer a more challenging obstacle than the brawlers you came across in Big Frank's bar fight. First, these lackeys have more HP than Big Frank's. Second, they have more attack power and range.

Avoidance is a better option against these lackeys since focusing too much on them will leave you open for Diesel. It would help if you looked for their dynamic movement when fighting Diesel's lackeys. For instance, these characters will cartwheel toward you before landing an attack.

Only attack the lackeys when they impede your access to Diesel. Knocking them down will give you some time to focus purely on Diesel. Trying to KO the lackeys is futile since another lackey hops into the subway train almost immediately.

What Attacks Should I Anticipate? 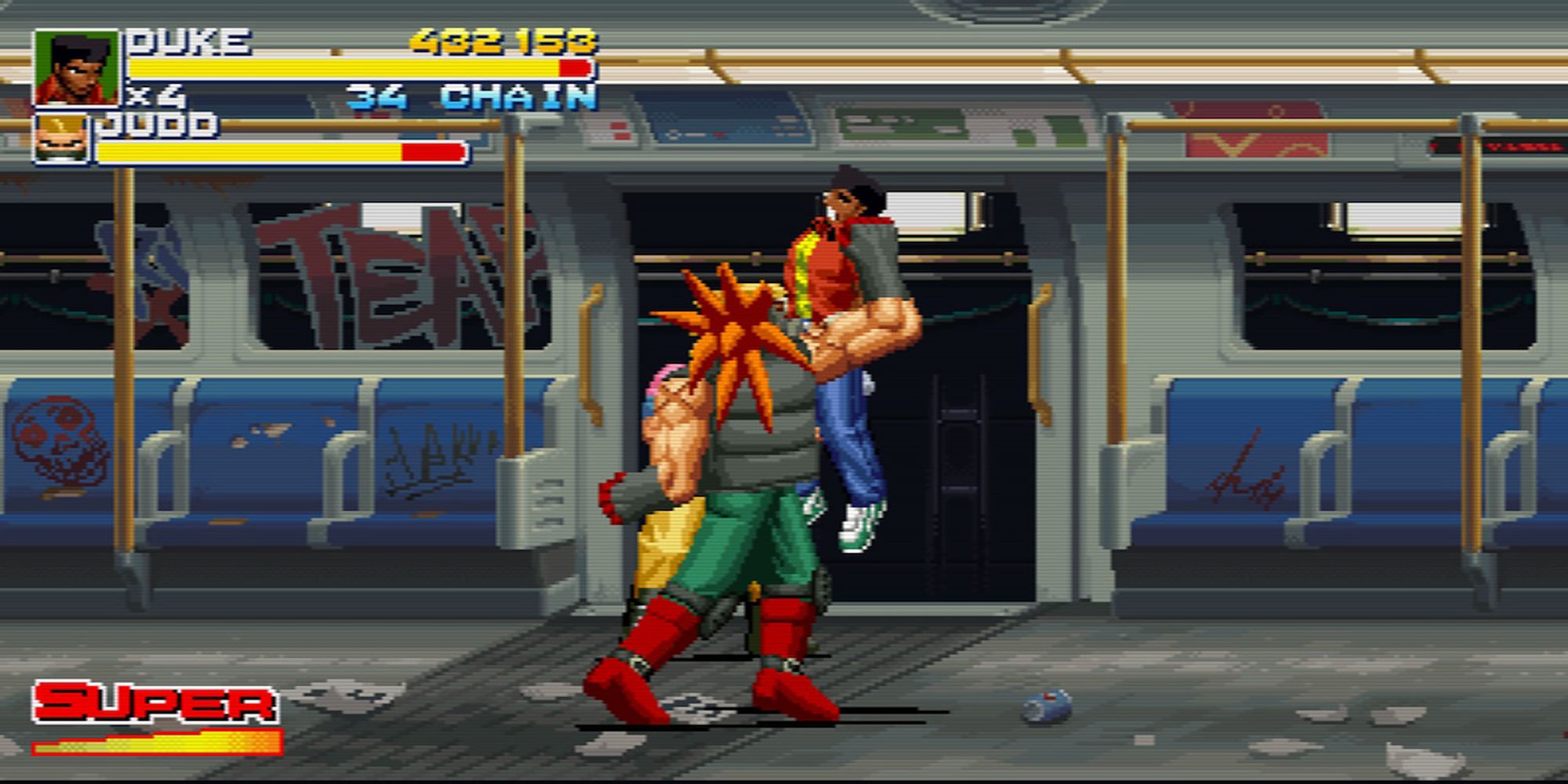 Diesel has two devastating attacks. First, he has a smoking dagger projectile that explodes after landing. Think of them like the Slasher character projectiles, but with more firepower. Second, if Diesel gets a chance to come close to you, he'll yank you by the neck before slamming you to the ground. This choke slam is extremely dangerous and can eradicate your life if you're not careful. 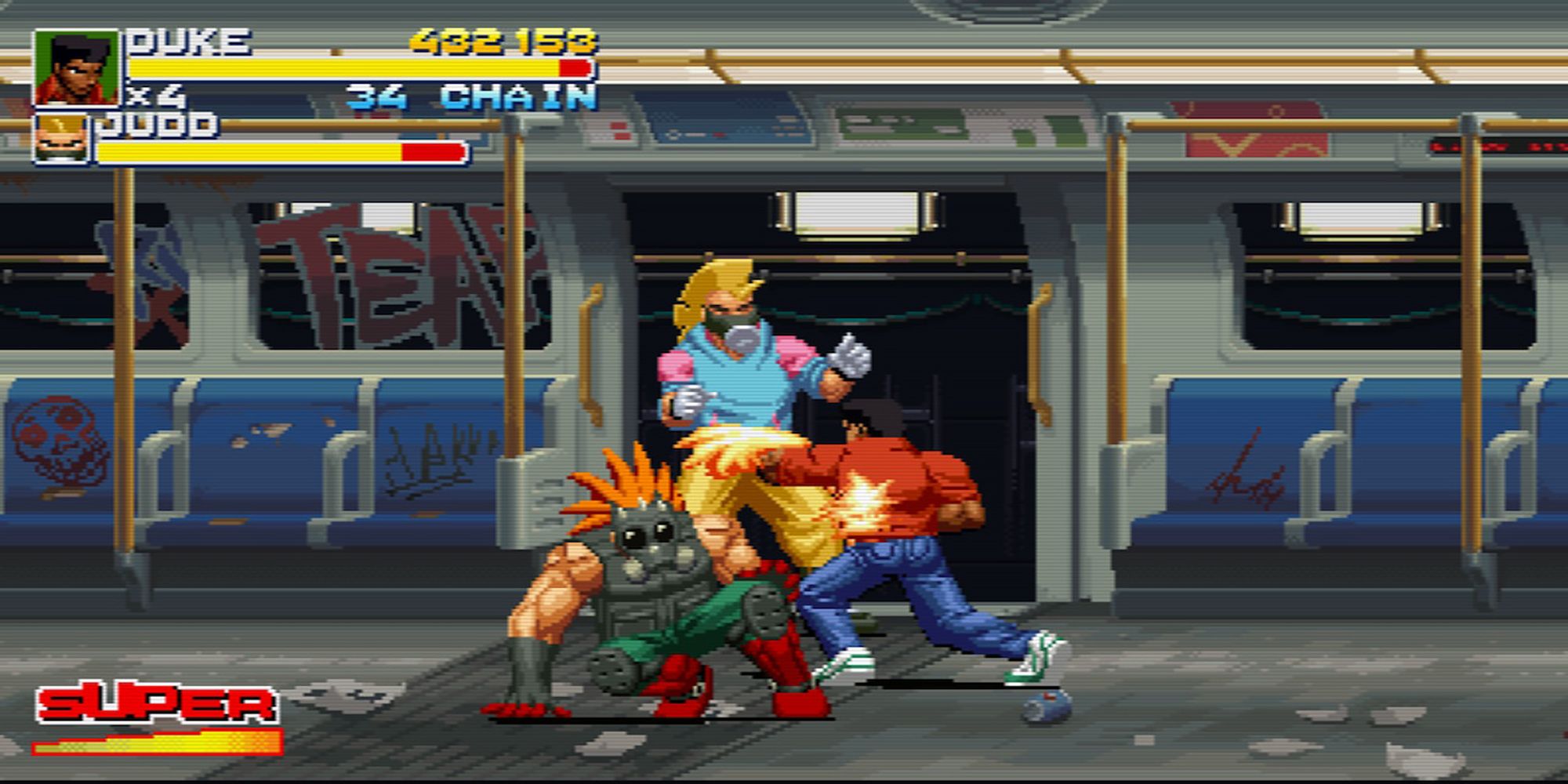 There are a lot of factors to consider when battling Diesel. First, you'll have to manage attention between Diesel and the lackeys guarding him. Plus, keeping your distance from Diesel at certain times is essential to avoid his damaging attacks. However, the environment is the biggest hurdle to jump when dealing with Diesel and his gas-masked crew.

Diesel has a significant advantage in battle because he can approach you by surprise whenever the lights in the subway car go out. Therefore, understanding how to anticipate and handle these moments is vital to defeating him.

So, how can you track Diesel in the dark? Luckily, the stage provides one major hint. Even though the lights inside the car will go out, some light from outside the train will seep through the train windows. This light allows you to track part of Diesel's silhouette (his spiky hair in particular).

Whenever the lights go out, try to stay as far away from Diesel as possible. Remember where your character was before the subway car lights went out, so you have an accurate idea of where you're traveling in the car. Otherwise, Diesel can get close enough to attack you with a devastating choke slam.

If you can survive through the blackout moments, use the lit moments to go on the offensive. These moments are when you can attack Diesel and any gas-masked lackeys that get between you. Surviving through a few of these light/dark cycles will lead to a triumphant victory over the hulking vagrant!