Final Fantasy 7 Remake Intergrade has finally landed on Steam after a period of exclusivity on the Epic Games Store. Intergrade combines both the base game and the Yuffie-starring Episode Intermission DLC for a complete experience of the opening gambit in the trilogy, with Final Fantasy 7 Rebirth due to land in winter 2023 and a final, unnamed chapter at a later date.

As revealed in the anniversary stream, it’s also verified for the Steam Deck, Valve’s portable PC/console hybrid. I spent the whole weekend with Cloud and co. in various states of not being at home, clocking up more than 30 hours in total. So, how does Final Fantasy 7 Remake run on the Steam Deck?

The Steam Deck captures screenshots at 1280×800 by default, regardless of what resolution you select in-game. These are the images you see here.

You can save better quality images by adjusting the settings in Desktop mode. Go to the Steam app, Options, In-Game, and then click the Save An Uncompressed Copy checkbox.

Before we get into the meat of the playtest, we need to know how the Deck handles. Like, actually in your hands. The Steam Deck is a sizeable machine, and as such it can be pretty uncomfortable to hold for long periods of time. I often held the console so that the backs of my lower three fingers, poised over the rear buttons, rested on my lap. However, this had the side effect of me spending all that time looking directly downwards, leading to a sore neck. None of this is a reflection on FF7R, but take breaks, kids.

In terms of the controls themselves, playing the game was a relatively comfortable experience. I don’t have the largest of hands, but running around and fighting was easy enough. I will note that reaching for the d-pad to change character or target in the heat of battle can be fiddly due to the positioning, and the tiny Menu and View buttons are annoying — it’s far better to remap these to the back buttons and save yourself the hassle, or make use of the battle system’s time-slowing mechanics to alleviate any potential frustrations.

One major gripe I had was that the rounded profile and polished nature of the buttons meant my fingers kept slipping, sometimes at inopportune times. The squat challenge in Wall Market was peak frustration — it took me a few attempts to adapt, and I ended up adopting a sort of cradle-like position with the Deck for the pro challenge against Jules. 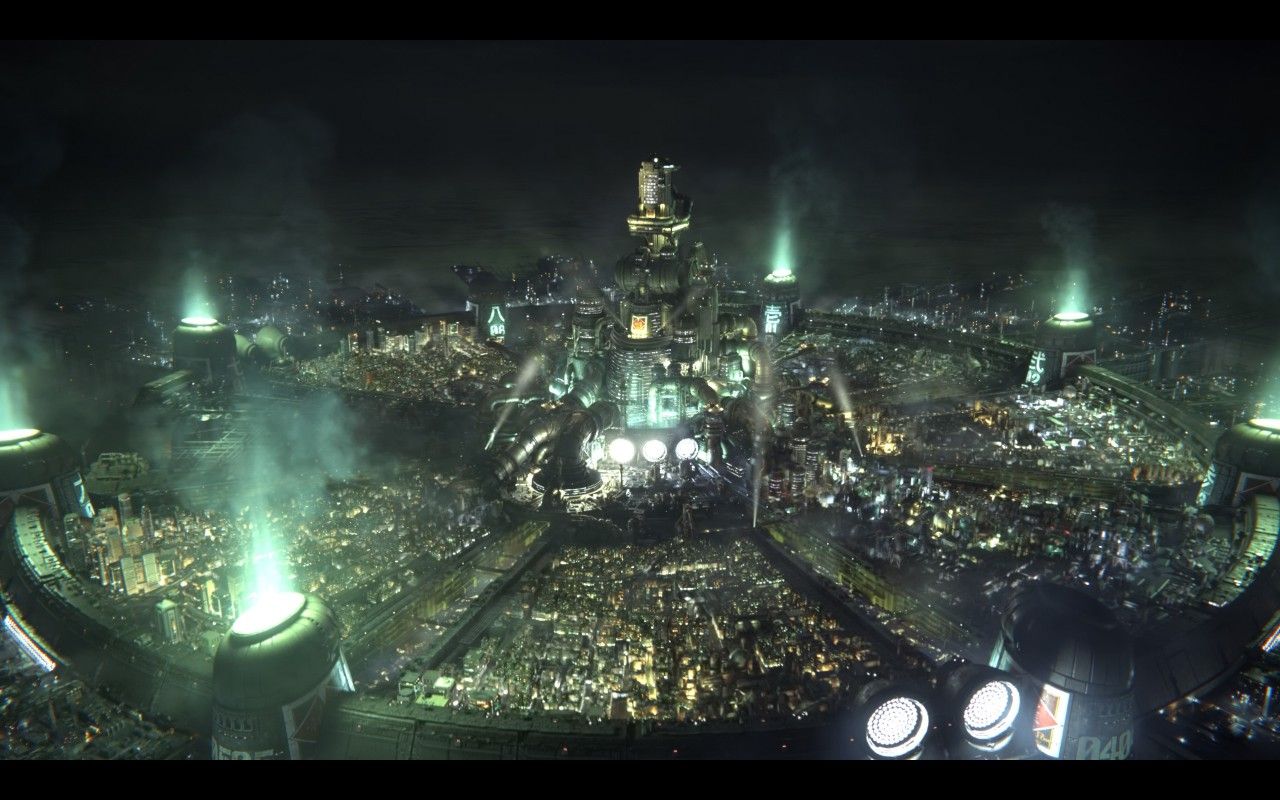 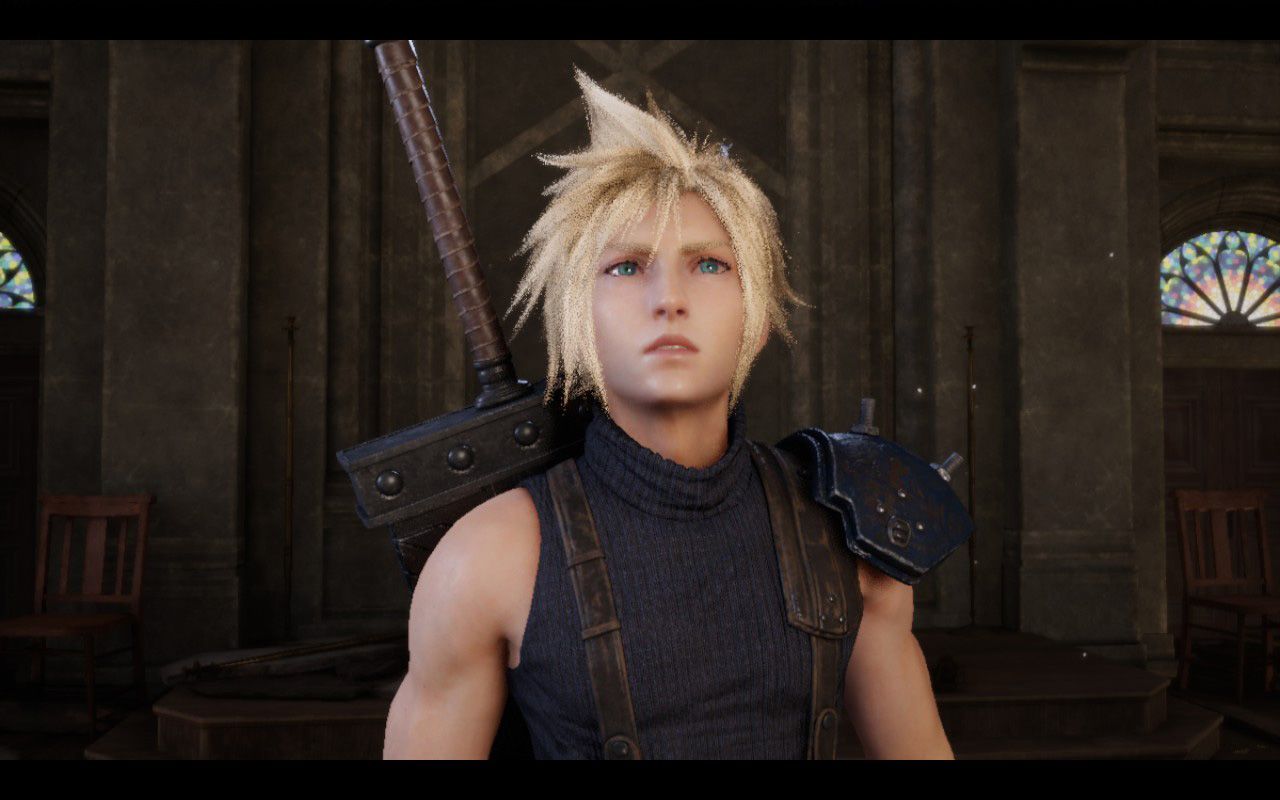 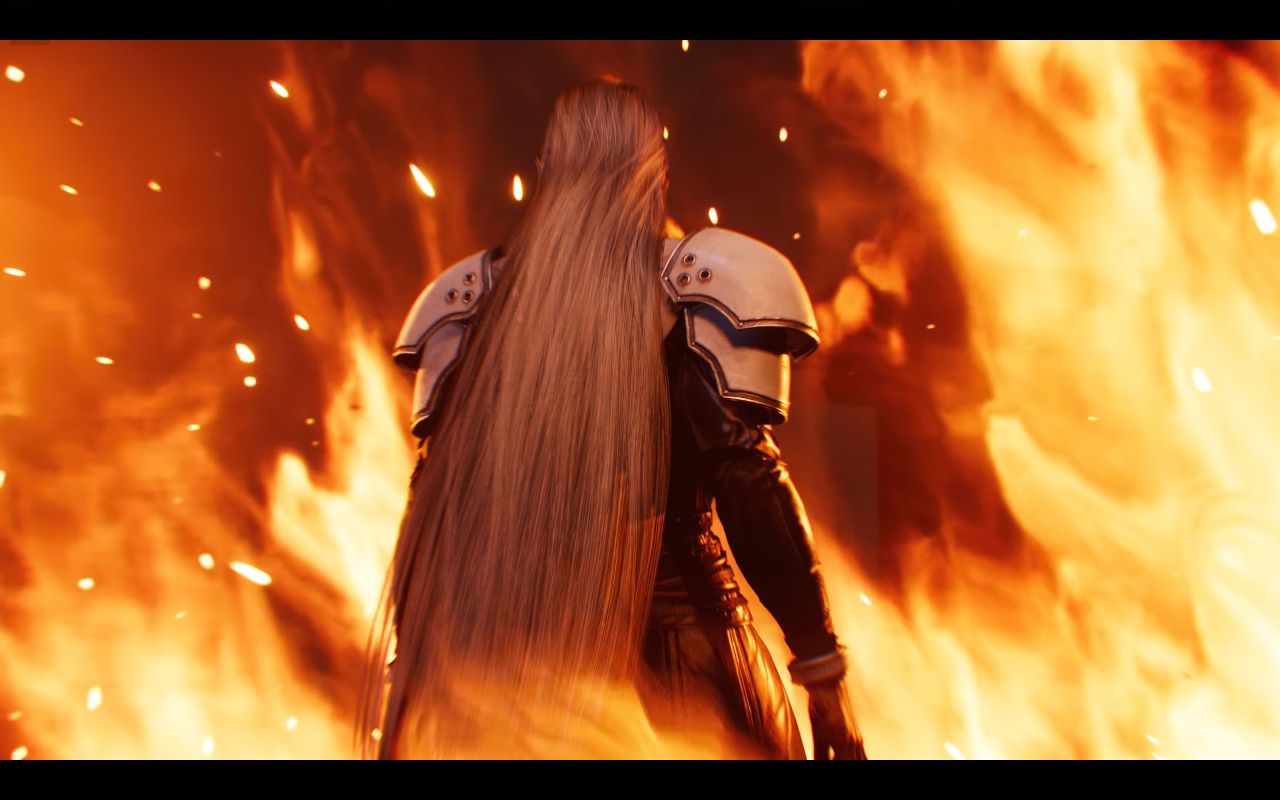 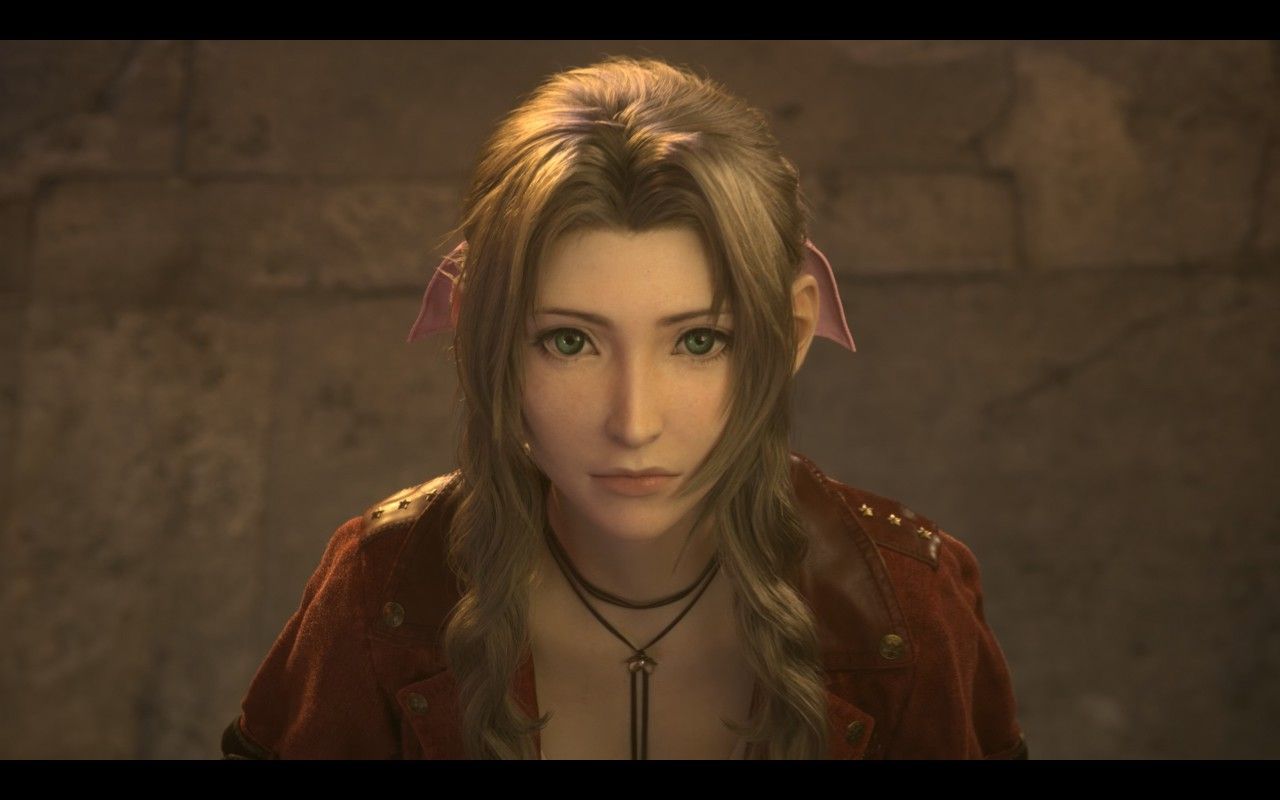 Despite my button issues, the Steam Deck is a PC-in-a-box, and to be honest is a pretty impressive piece of kit for a first attempt. However, Final Fantasy 7 Remake is perhaps one of its biggest tests — a graphically intense game that looks sumptuous on PS5 or a beefy desktop. That being said, I was left pleasantly surprised by how the game looked on the Deck’s screen, despite it being inferior to most monitors or TVs you would otherwise play on.

Naturally, you can’t expect the Deck to pump out high-definition visuals, and Remake launches at the Deck’s default 1280×800 resolution. For this you get what you expect — there’s a lot of blur and the textures are rough. It’s playable, but you want to change those settings pretty quickly for a better experience. I found the sweet spot to be 1600×900, where the small screen countered any fragments and roughness round the edges.

Don’t attempt to push the game past 1920×1080 in the game’s menu. You have the option of going all the way up to 4K, but when I did this it didn’t just crash the game, it crashed the Deck entirely — with one of those horrible sounds that gives you nightmares of bricking the machine.

Luckily, hard resetting the console by holding down the power button worked and I breathed a huge sigh of relief. 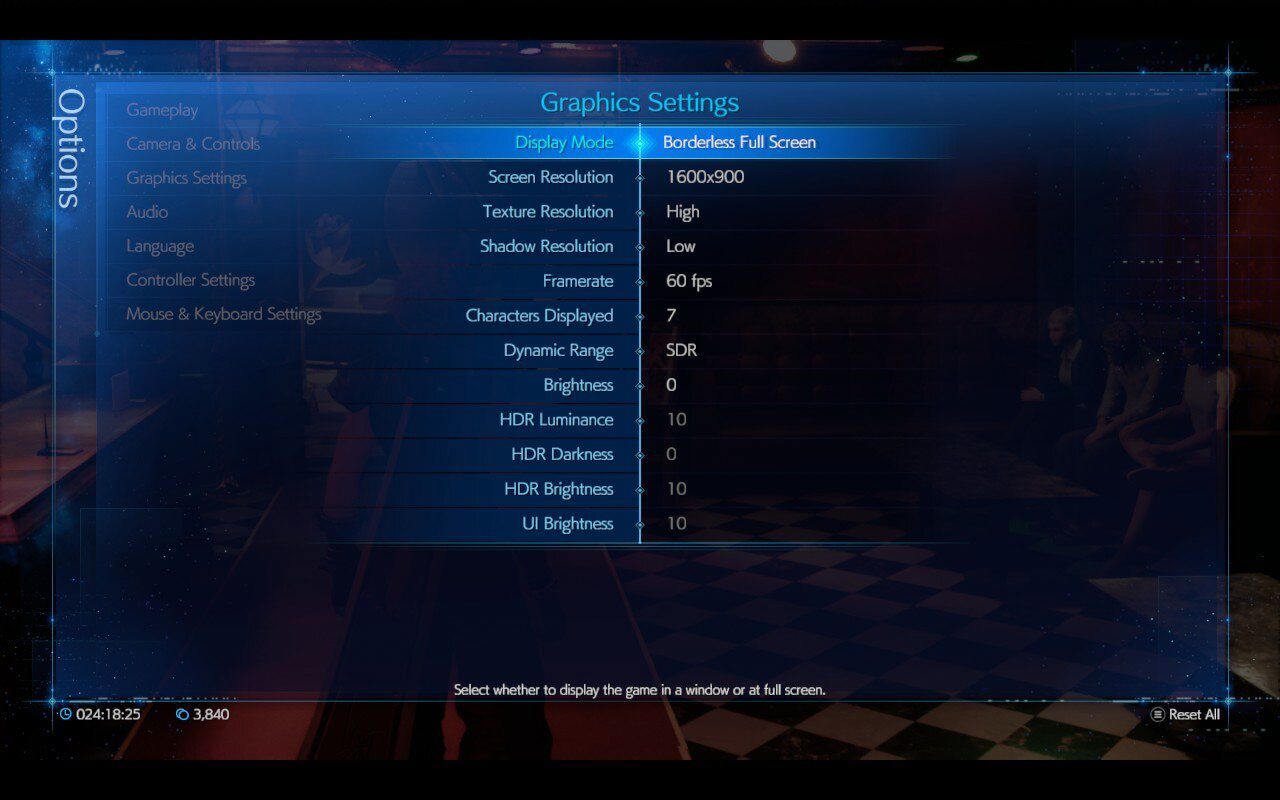 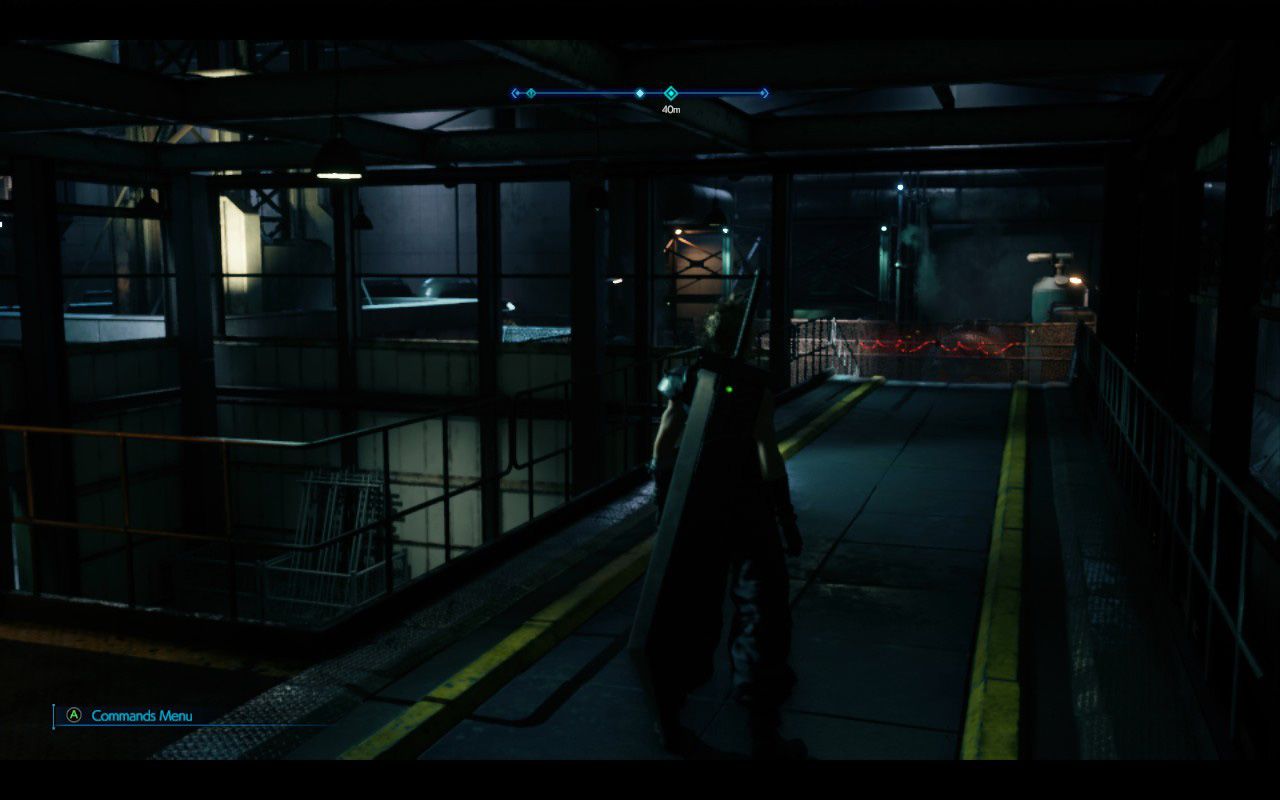 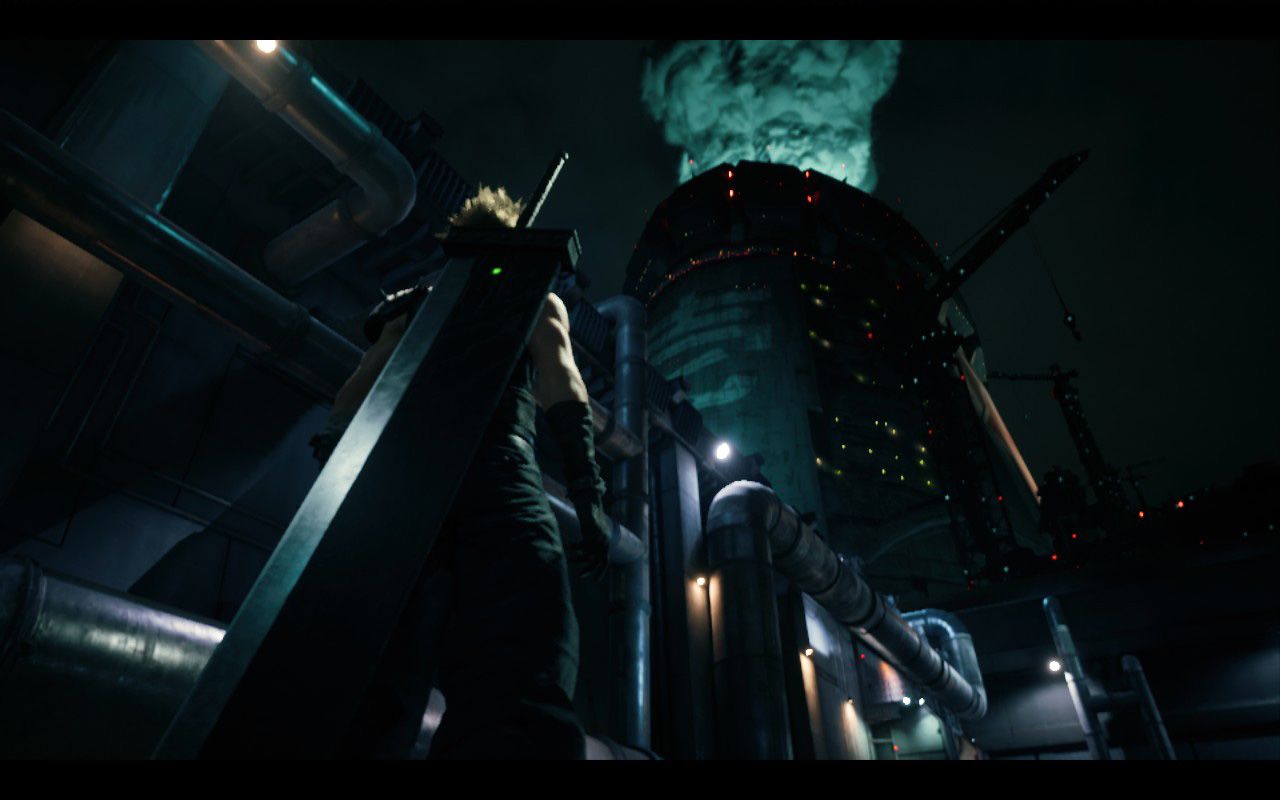 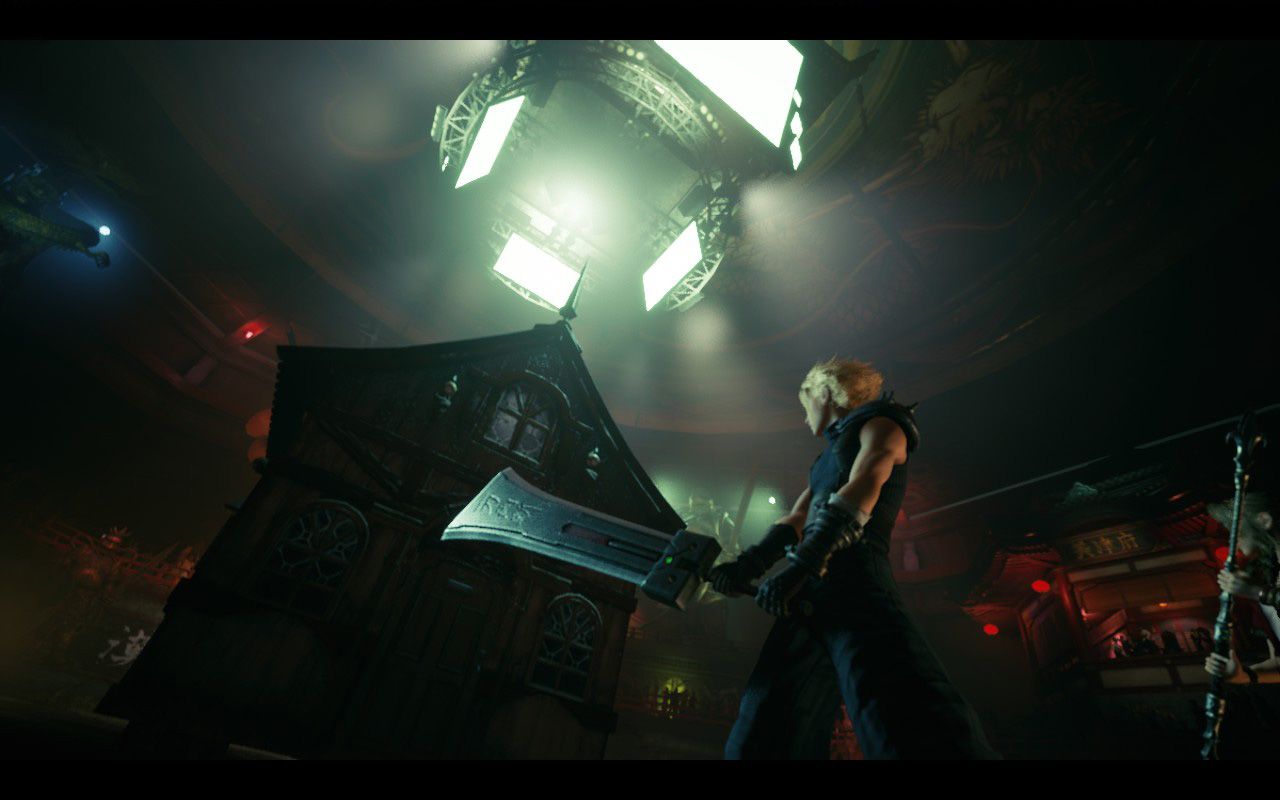 While everything was fine and dandy regarding how the game looked overall, the Deck’s screen does have some drawbacks. Midgar is a pretty dark place, both in tone and how it looks, and this is accentuated on a smaller screen with less definition and vibrancy. I found Remake to be either too dark or too light, and spent a considerable amount of time adjusting both the in-game and Deck brightness to compensate.

I ended up setting the in-game brightness to zero, the Deck’s brightness to maximum, and shadow resolution to low. This didn’t solve the issue entirely, but it got to the point where I was sick of constantly adjusting. You just have to learn to love the darkness. 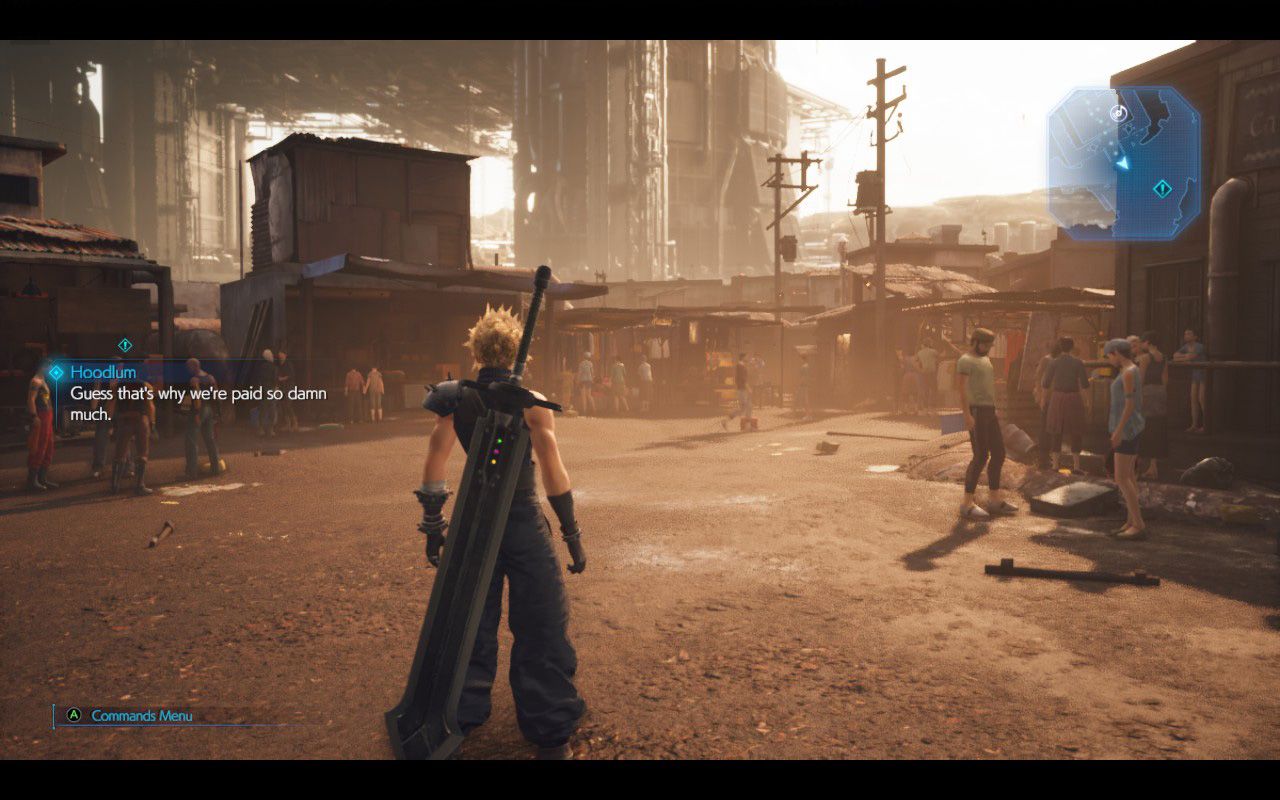 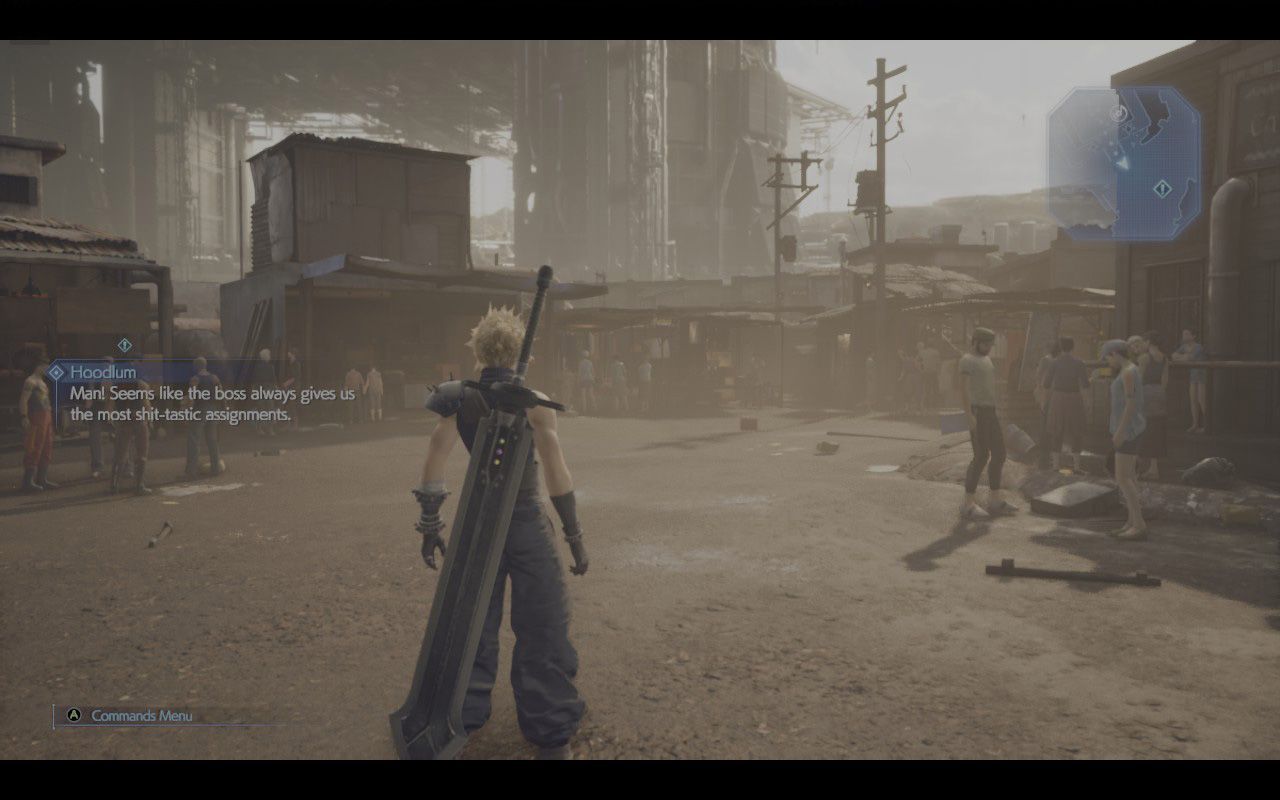 Don’t even bother turning on the HDR mode in the game’s menu. It just makes it look like someone put a white, see-through sheet over the Deck. Everything becomes washed out, and it’s not pretty at all.

Despite the Deck’s limitations when it comes to sheer grunt, once I’d settled on the resolution I saw remarkably reliable performance from Valve’s machine. Given the screen runs at 60Hz, I limited the frame rate to 60fps, to help take the burden off the machine and get as much battery life as I could without compromising on visuals.

On the default 1280×800 resolution the game maintained a solid 50-60fps, dropping to around 45fps when on-screen effects peaked, such as during the Scorpion Sentinel boss fight. There were no noticeable skips or drops, and overall the performance didn’t get in the way of the gameplay.

I switched to 1600×900 after that boss fight, and the drop was only marginal. In the most cluttered places, such as Wall Market or the Sector 5 Slums, and in the more effect-heavy battles like Shiva, the frame rate dropped to around 35-40. For the most part it ran at a steady 45-50. Again, there were no noticeable skips or sudden drops, and the game still felt fluid. 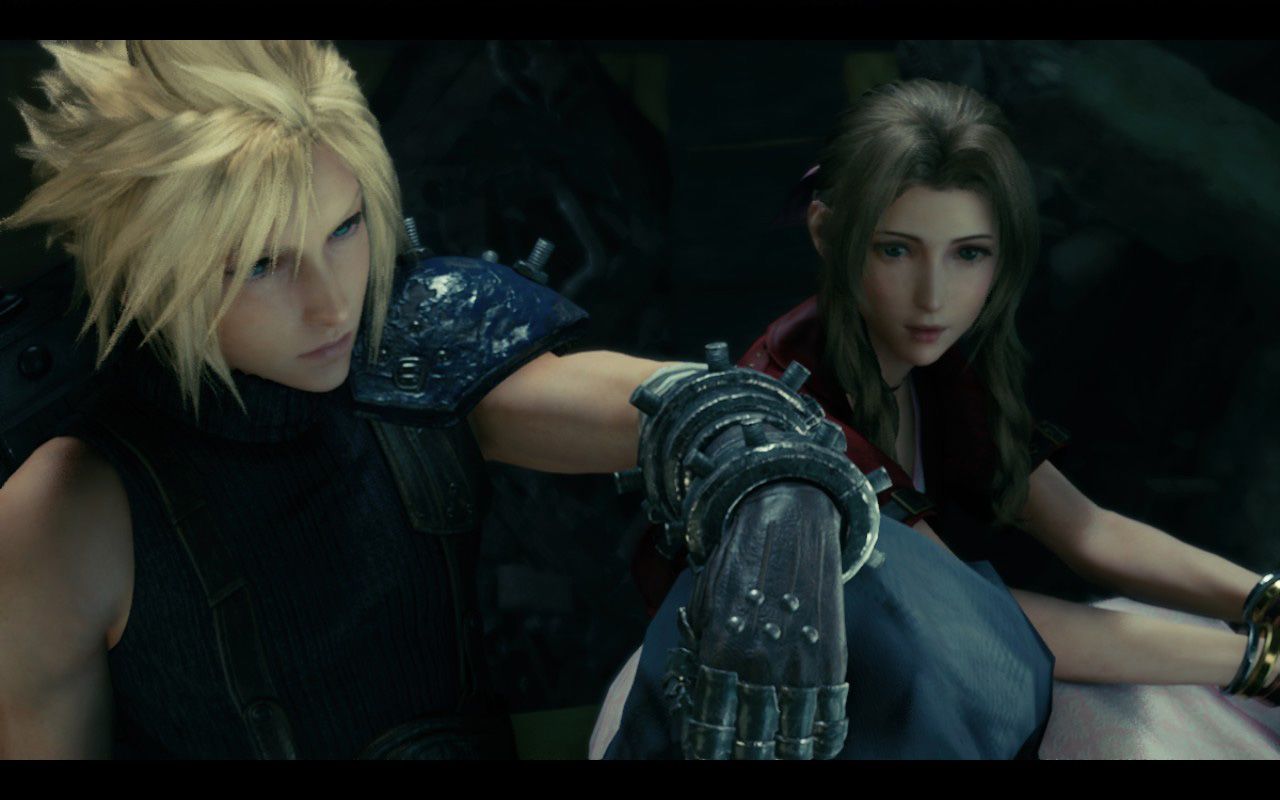 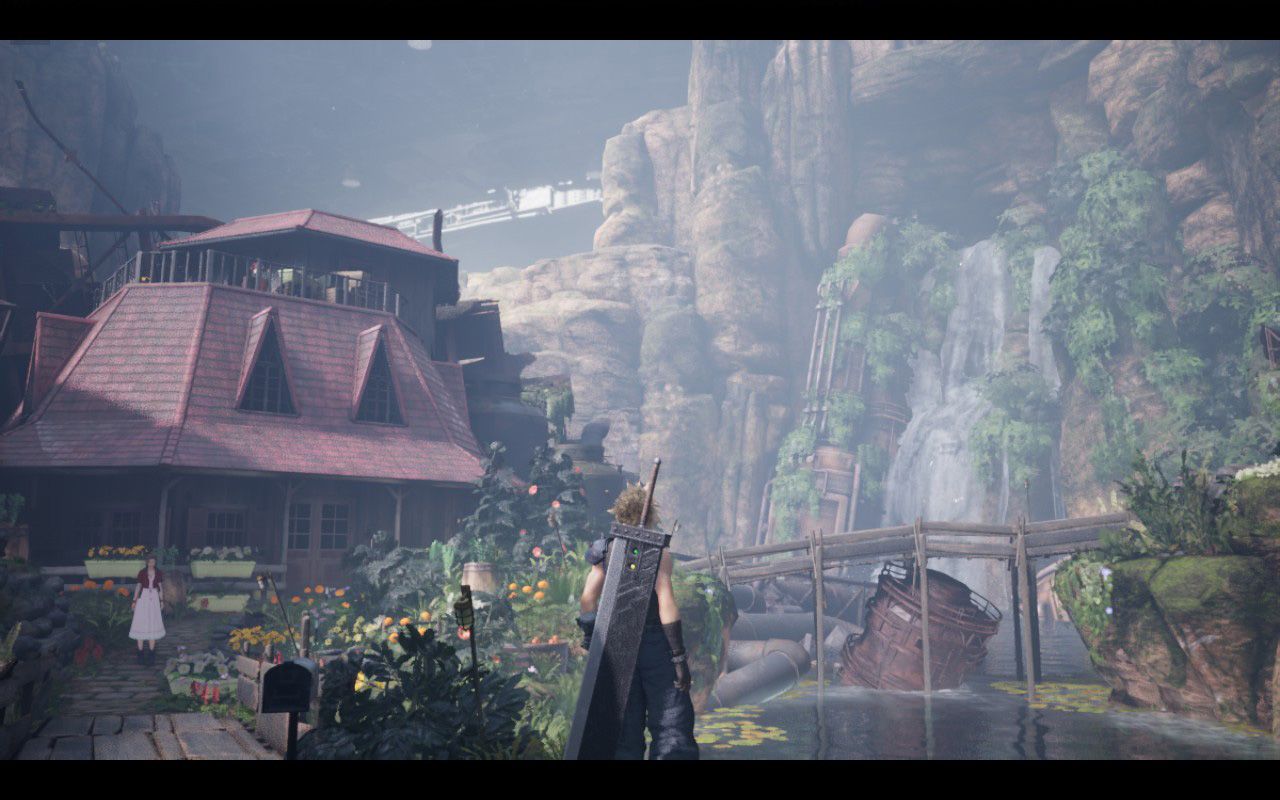 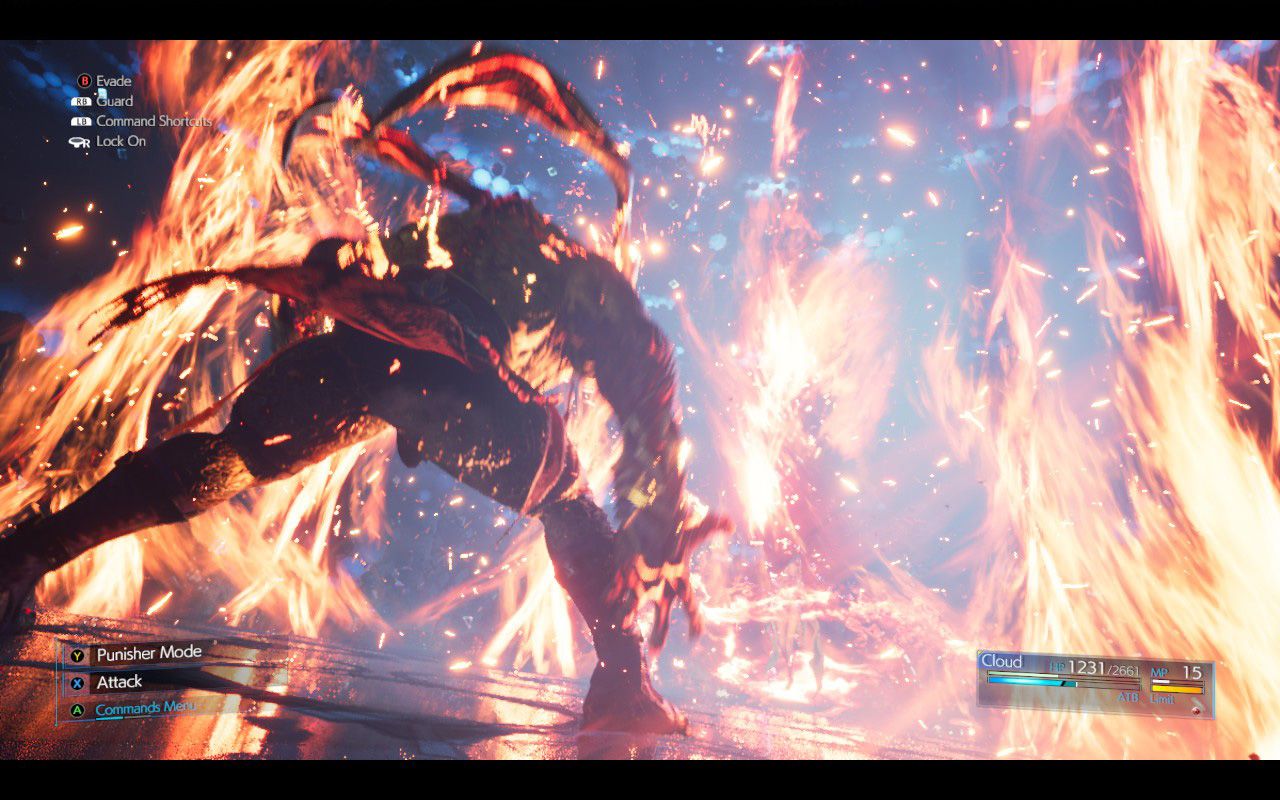 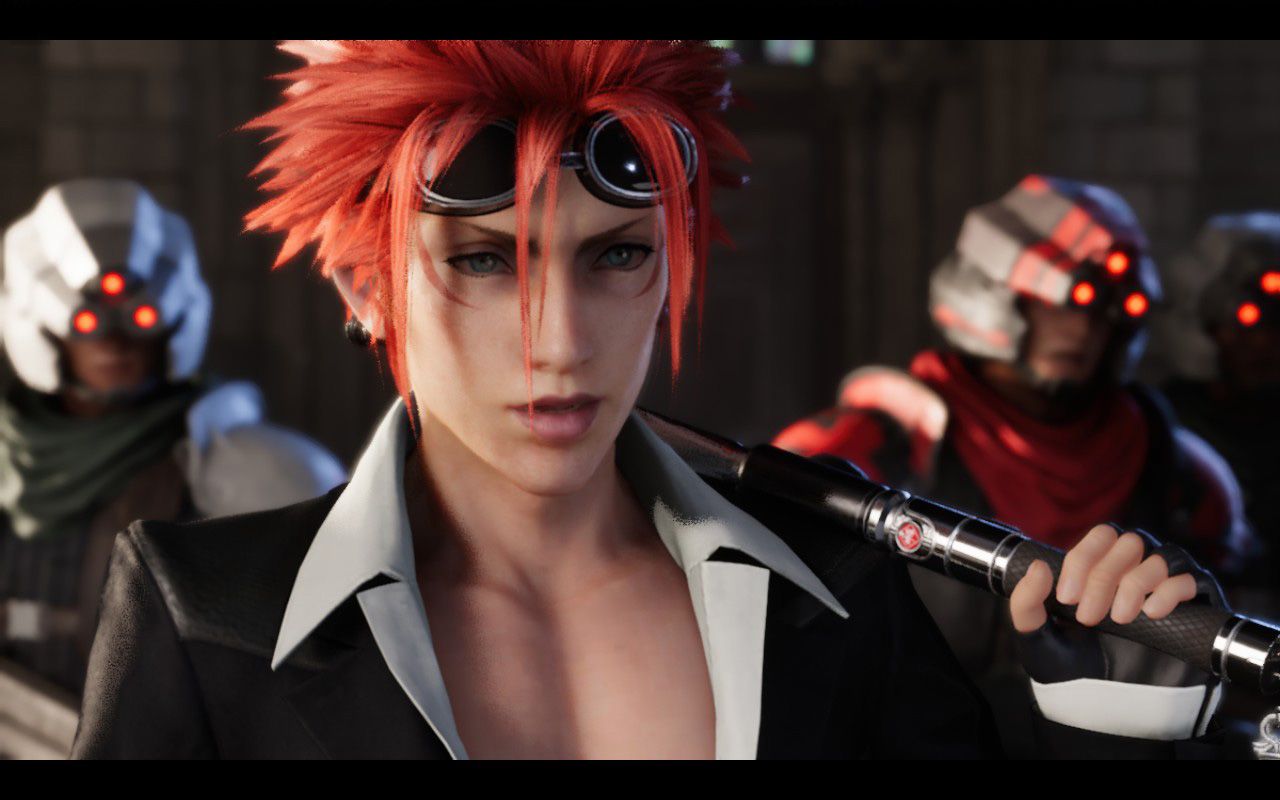 Bumping up the resolution to 1920×1080 perhaps took five frames off, but for me, the visual difference wasn’t worth it. I also found that the best frame rates came during cutscenes — largely because many of them either aren’t rendered in real time or are video clips being streamed from the install.

In terms of battery life, don’t expect to be playing Remake for hours on end. As mentioned previously, this is perhaps one of the most intensive games available on Steam Deck, and your mileage reflects that. However, I was pleasantly surprised — I got more out of it than I expected. At the lower, default settings, the console showed around two hours on a full charge, dropping to around 1h 40m when I increased the resolution to 1600×900. That’s probably around double what I anticipated, and is actually longer than when I fired up The Witcher 3.

I recommend playing Remake with headphones on. The Deck gets loud, jet engine loud. Smells good, though. 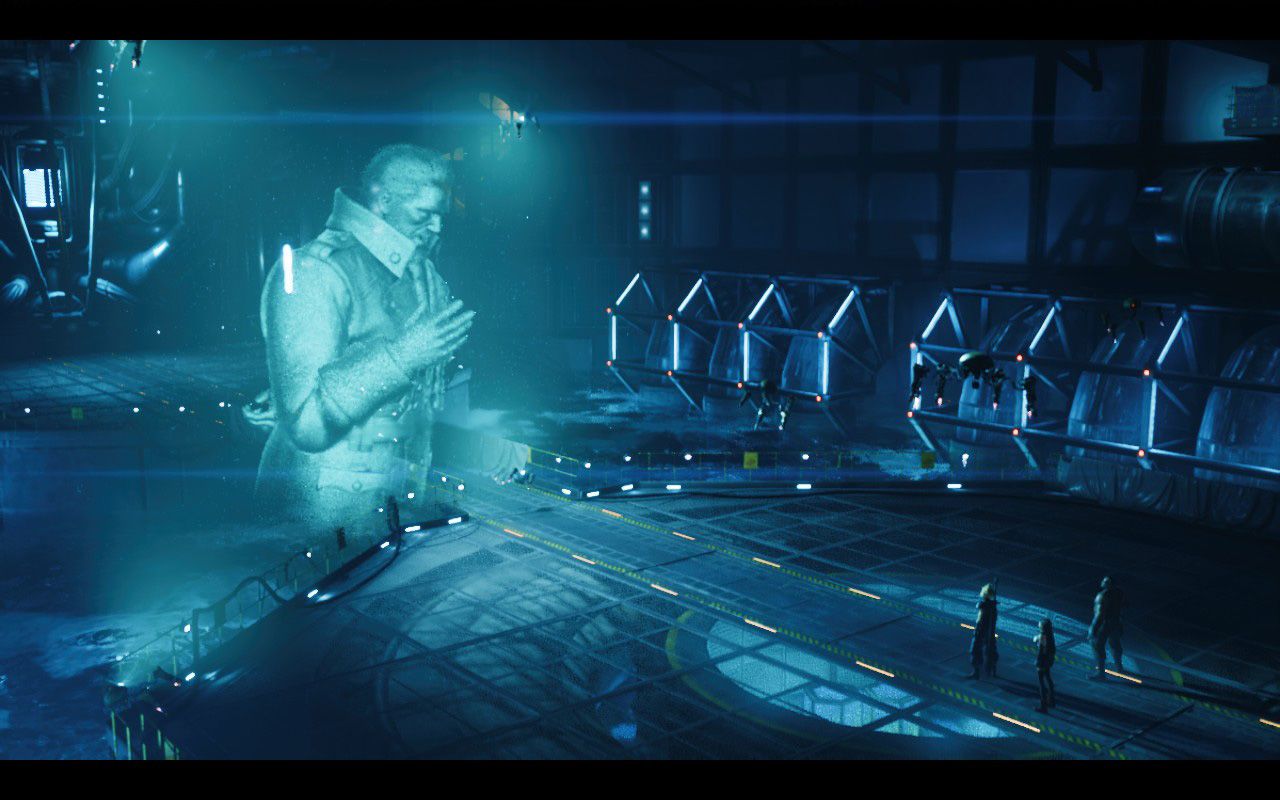 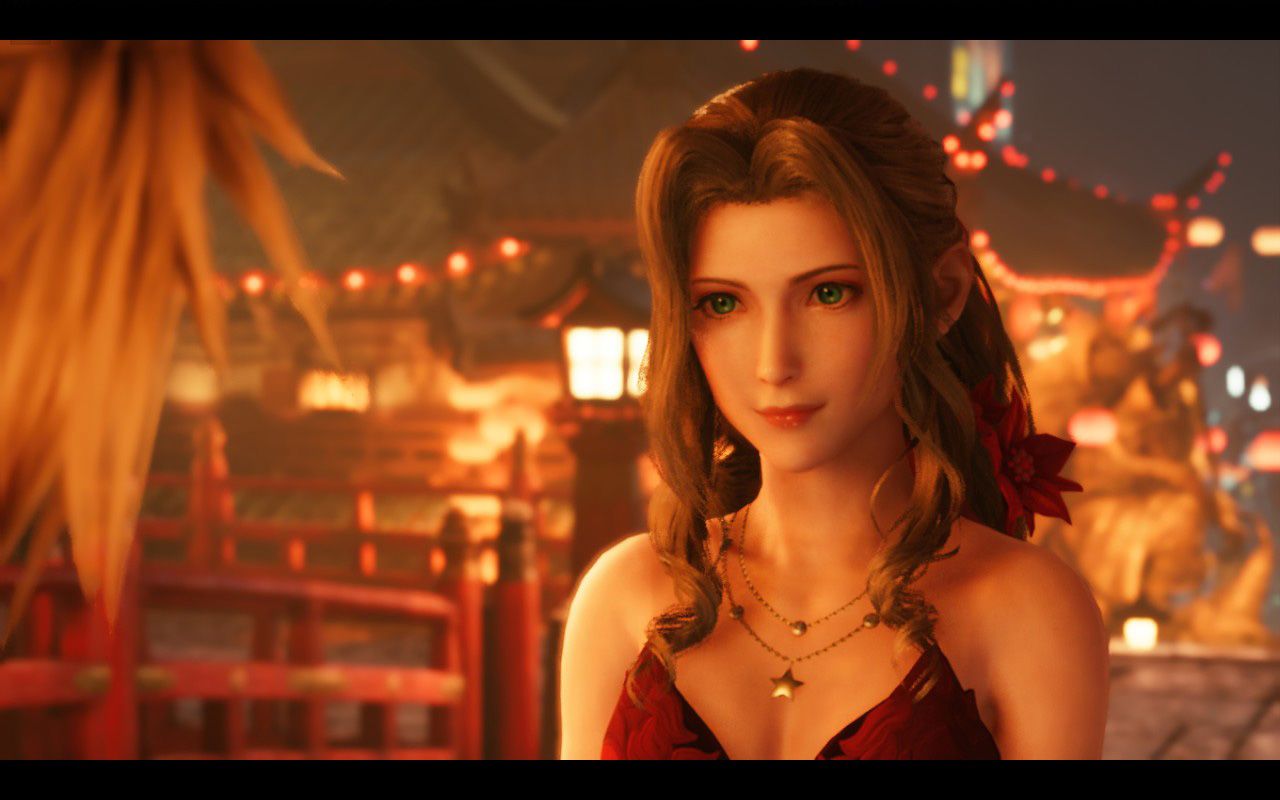 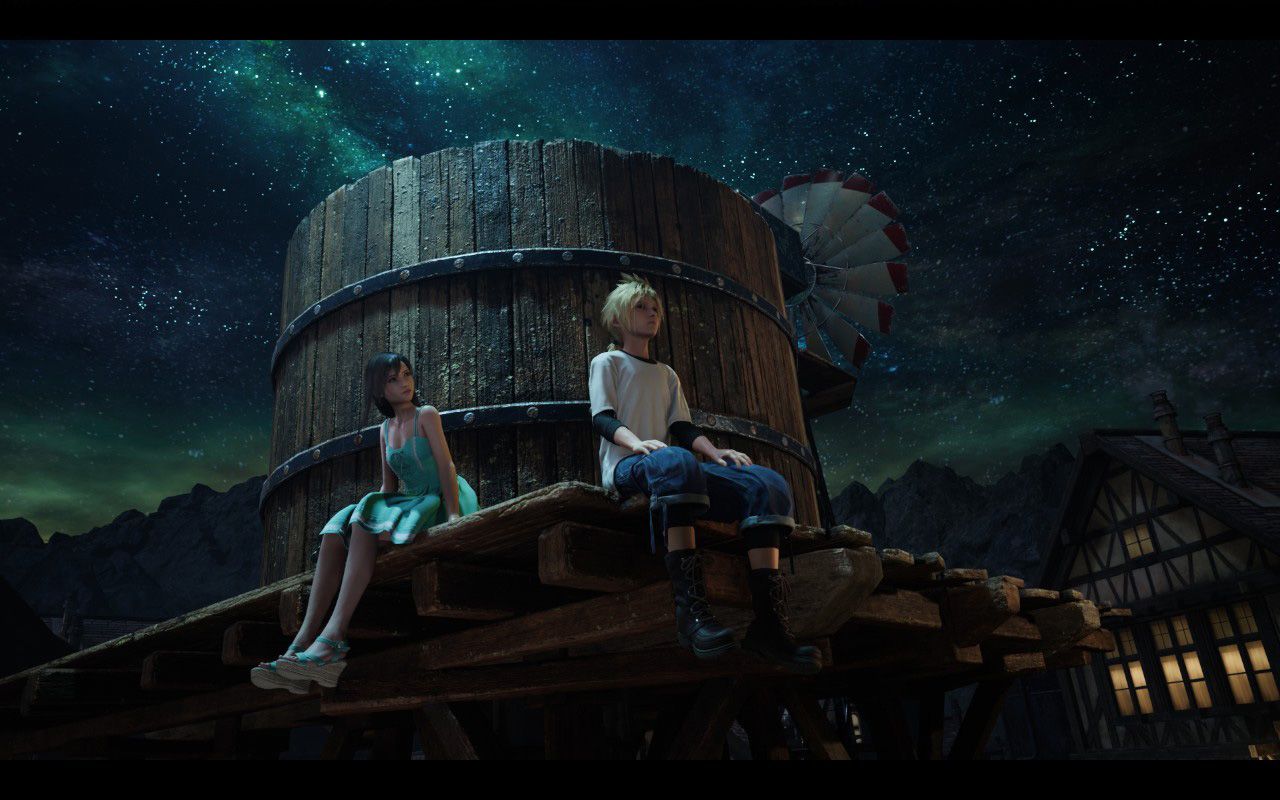 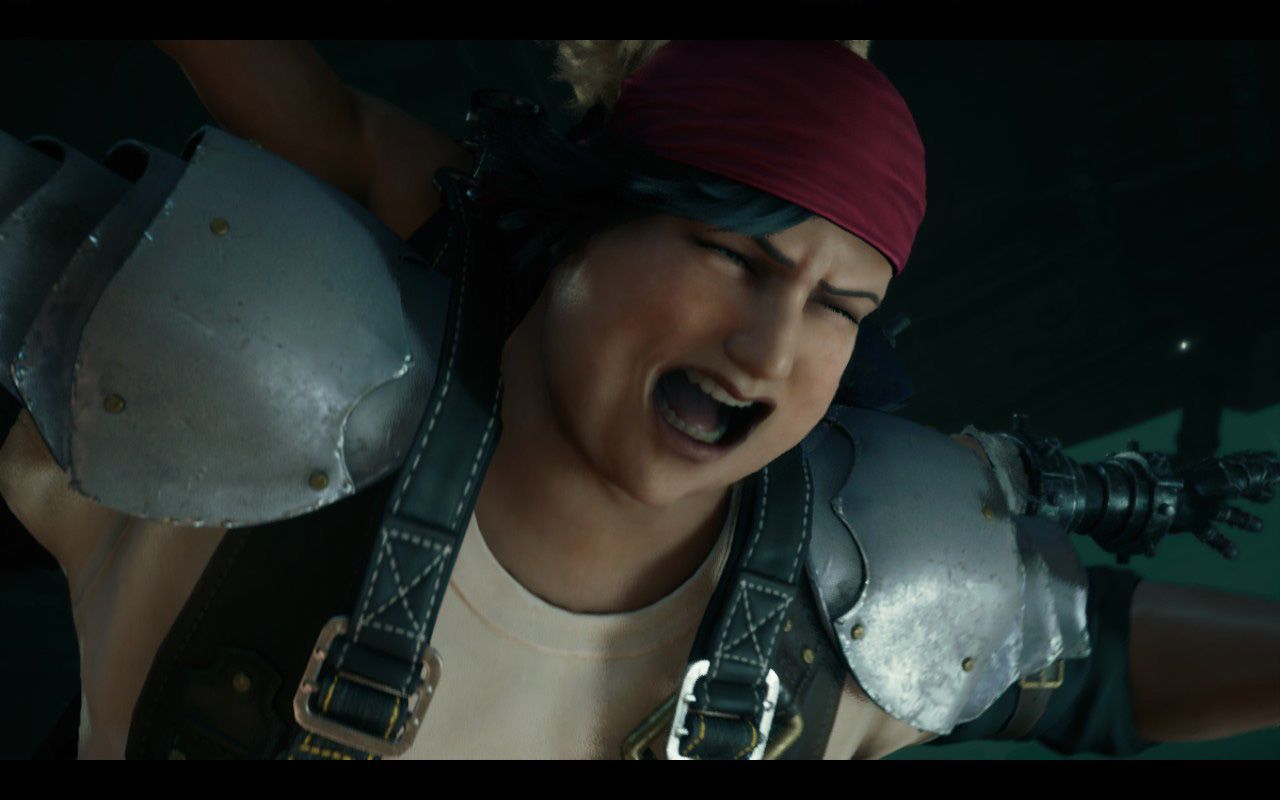 Overall it feels like Square Enix really did put work into optimising Final Fantasy 7 Remake for Steam Deck. You won’t get to experience Midgar in all its 4K glory like on PC or PS5, but you’ll get a steady, reliable title that scratches that action RPG itch on the move. There’s little sacrifice in the gameplay side of things, and the brightness issue is the only real gripe that I had.

Playing on a smaller screen went a long way in mitigating those drawbacks, and that was a massive plus to the overall enjoyment. If, like me, you’re less bothered by the minutiae of frame rates and more about the experience, Final Fantasy 7 Remake on Steam Deck will be more than good enough.